I tried to use this big screen TV my brother gave to me last night but it just wouldn’t do what I wanted as I wanted it to work with my computer.

So I put it outside while I figured out what to do with it. 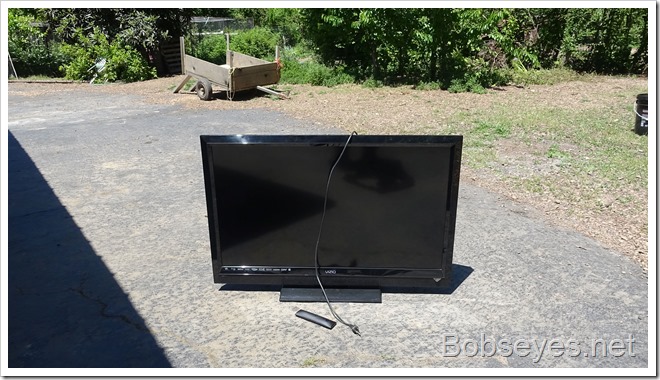 I’ve been meaning to get this broken mixer fixed up. It needed the spindle attached better then it was as it kept falling out when used.

So I mixed up a bit of epoxy and used the C clamp to to push the spindle on with the bit of epoxy. 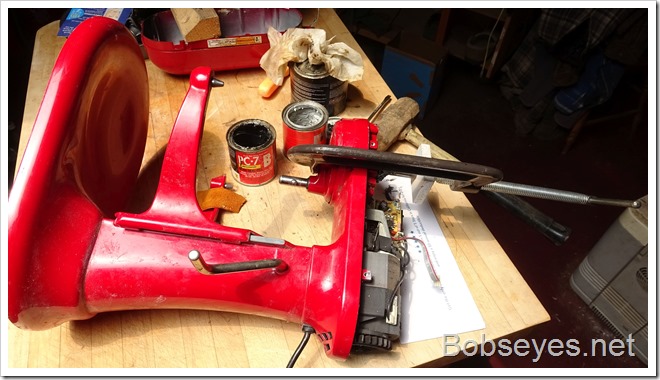 I’ll test it tomorrow after the epoxy sets. It went on fairly tight so I’m hoping this will fix it.

After that I sat out in the yard enjoying the day.

As I was sitting there I watched a hen maneuver to jump over the fence into the front yard. Once she was over the fence she immediately headed for a bush and dived into it and disappeared.

Later in the day I checked the bushes as she was now feeding in the front yard. Just as I thought she was laying eggs in a nest. She’ll lay one a day until she gets about ten of them then she will start sitting on them to hatch them out. 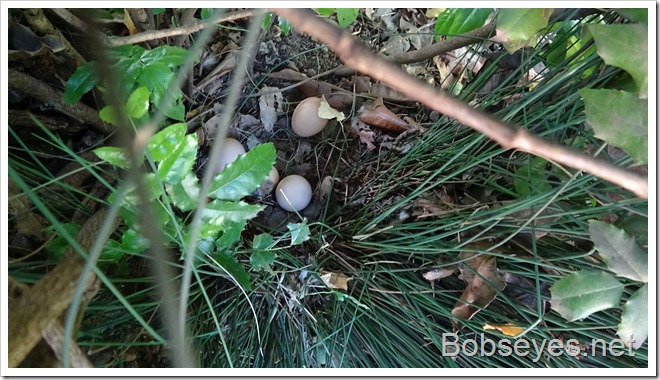 Finding someone for the big TV

I was hearing some guys working over at my neighbors and I thought maybe they’d like a big TV so I went over to chat with them about it.

They didn’t need it but one guy said he’d take it for a friend so I rounded up my hand truck and moved it over to him. 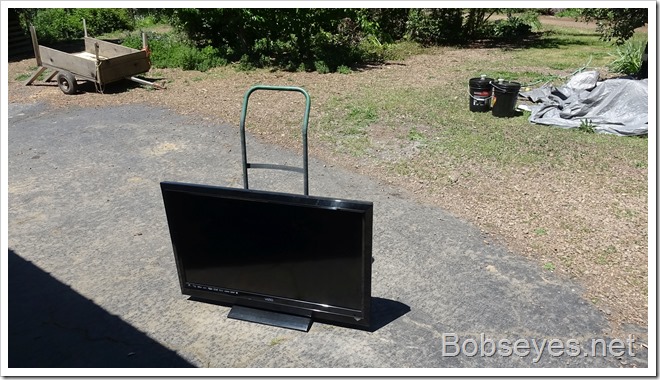 Trimming up some brush

After doing some chair hopping to figure out what else needed done today, I decided to trim the brush up in this spot next to my bamboo as it was getting a bit overgrown. 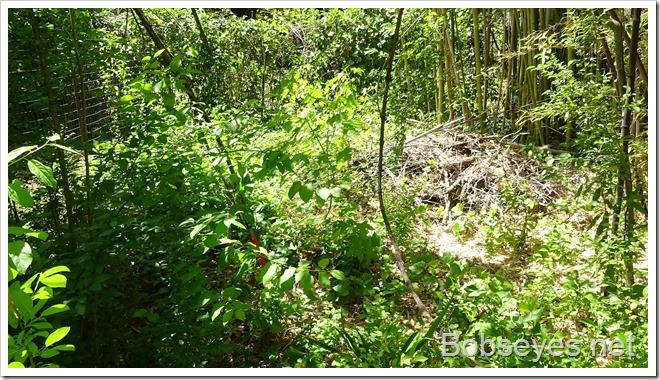 I worked on that and then had a rest and worked on it some more until I’d cleared a good bit of it. 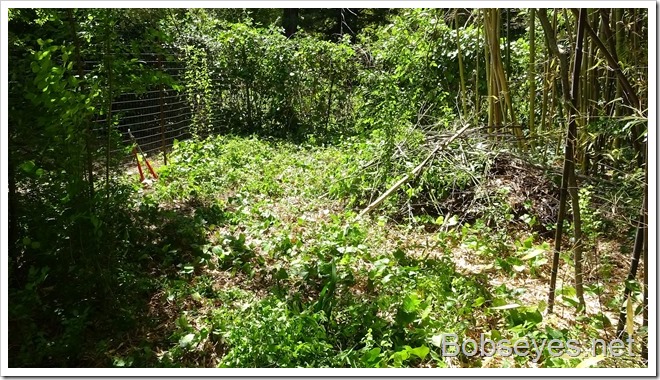 I’ll likely do some more work there but not today as I was tired out from working on it.