Trying to see a doctor

Since it’s Monday the local VA clinic should be open. At least I hadn’t heard that it was closed. It was last week because of the big fires around here.

I tried to call, but the phones were backed up so I decided to just drive down there and see what I could do.

As I arrived I could see there was a problem. All the transport buses were in the yard and there were very few cars in the parking lot,  but they did seem to be open so I went on in. With no appointment I had to use the emergency routine.

The receptionist said I’d be seen, have a seat. About an hour later I was called in, but to no avail as most of the doctors were out, only two there and none that could help me.

They would look at my mouth infection, but because of the corn problem I have they likely didn’t have any corn free drugs at this location.

Need to go down to San Francisco

The nurse suggested I drive down to the city of San Francisco to the VA  emergency as I’d have a better chance to get help. So I thought, ok, I’ll drive down there tomorrow after my Chiropractor appointment in the morning.

So there was nothing I could do except come on home. If I had a more serious problem I would just go to any emergency hospital.

The problem in our area is the big fires have messed a lot of peoples lives up and a lot of things haven’t turned back to normal yet.

At home, eventually I got some tools out to remove the old gas tank from my 1968 Toyota Land Cruiser.

Here is the old tank I need to remove. It has a lot of rust in it and some old patches. Even though it’s not leaking I thought it was a good time to replace the old tank. 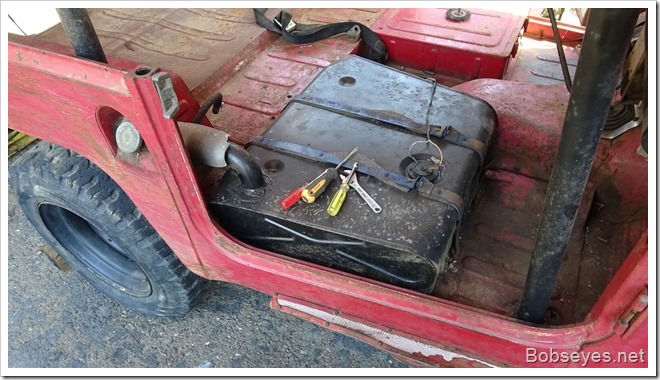 After a bit of work I got the old tank out which looked like this. A bit dirty, but I have a solution for that. 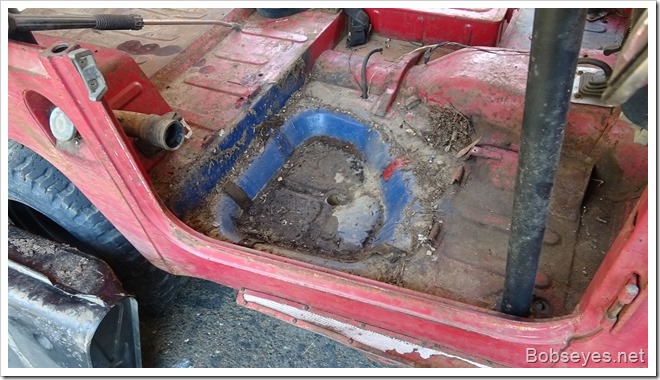 I got the pressure washer out and cleaned it up. I’ll need some paint now before I install the new tank.

Deciding how to mount the new cooler for the van

I spent some time figuring out where to install the new radiator fluid cooler for the van. I think I found a place behind the spare tire which I have mounted on the front of the van.

I spent some more time figuring out how to mount it. Now I have to make the mounting brackets, but I put that off until a later date.

That was pretty much my day. Not everything went well today, but sometimes you just have to do what you need to do until you get to where you need to  get and that was today.