Being Lazy Can Still Get Stuff Done

I sleep pretty well last night but woke up tired out so I just stayed in bed longer as it’s better to roll with it than try and fight it.

Around 2 the chickens were more than ready to get out to graze. 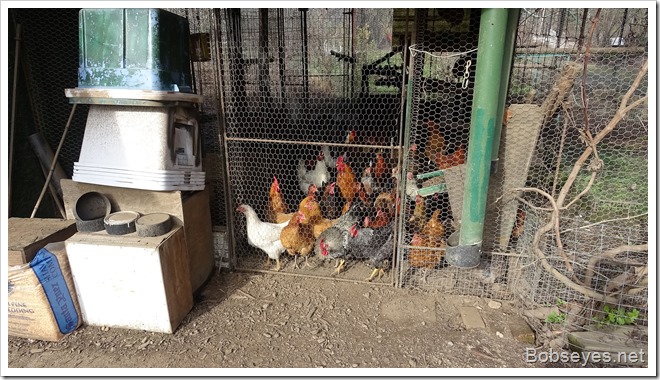 I loaded up some fertilizer in the hose injector and turned it on to do this area. 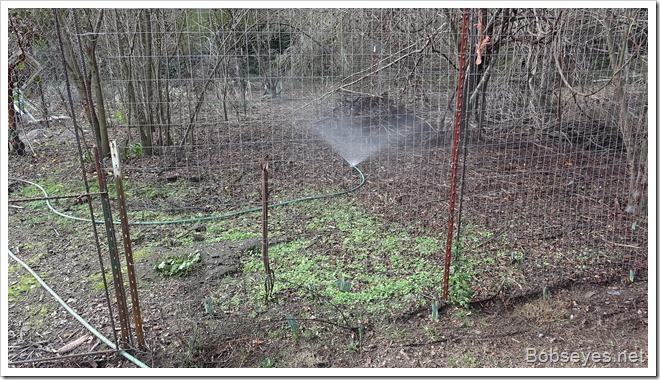 I heard some banging across the road so I went over to see what was up. Barry was taking apart an old shed that was too close to the house for fire protection. 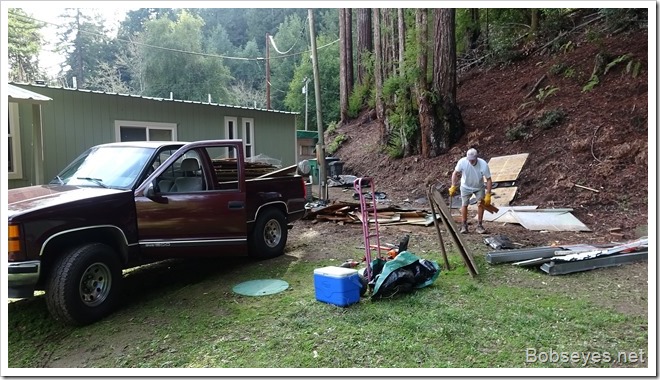 He was just finishing up for the day as he had a dump load, so he came over to my house where I gave him a flat of eggs.

Then we went over to Tom’s as Tom had been down at the ocean buying crab and he got some for Barry. I didn’t get any unfortunately as I am on  my eighth day of a fast. :O( 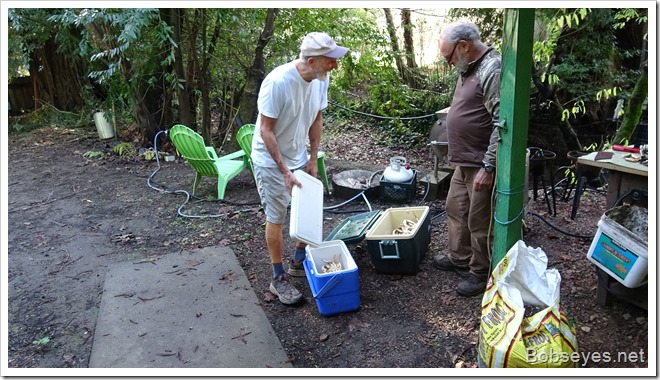 Barry took off for the dump so I went in my feed shed and mixed up some more seeds for chicken feed which I have to do often since I feed seeds. 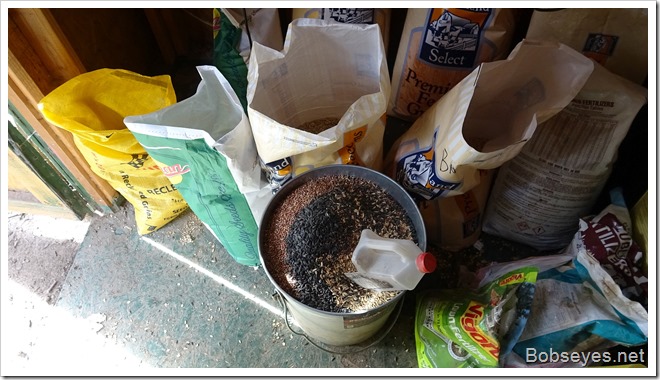 I checked on the chickens in the raspberry patch to see  how there were doing tearing it up. It looks pretty torn up so maybe a few more days. 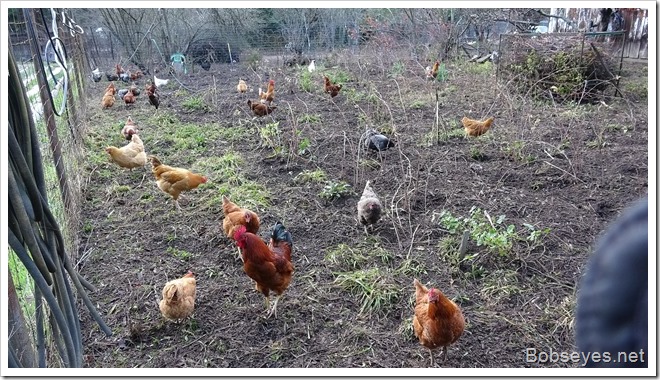 I moved the fertilizer to another spot then took the overflow bucket out to put on a couple citrus trees under the frost netting. 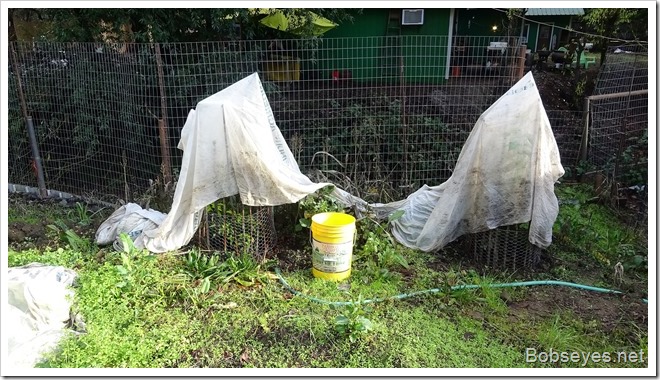 The citrus trees are also by an avocado tree I planted about 30 years ago that is just now starting to put on fruit. I found these little ones on the ground. They are small and I’m hoping the size increases this year so I better fertilize this tree also as long as I’m at it. 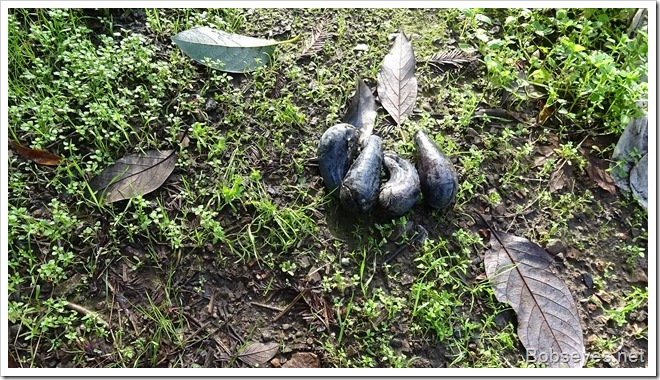 I’m sorta on the edge of the avocado and citrus tree  zone and some times get a heavy frost here, but when I do get these fruits it’s worth it dealing with these trees.

Late in the day I went out to sit with the chickens in the raspberry patch. They are really getting the soil turned over nicely. 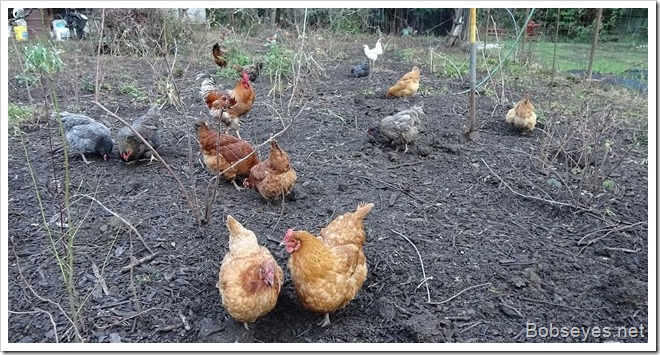 Sweet Pea jumped up on my lap for a short time. She is looking at the weird thing, the camera. 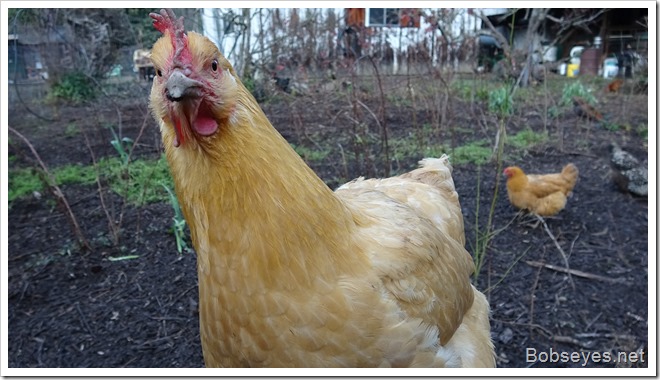 Late in the day I put the fertilizer on the blueberry patch.  I have a lot of woodchips in here that use up the nitrogen in the soil so I put some dry fertilizer on there first so the water will soak it into the ground. 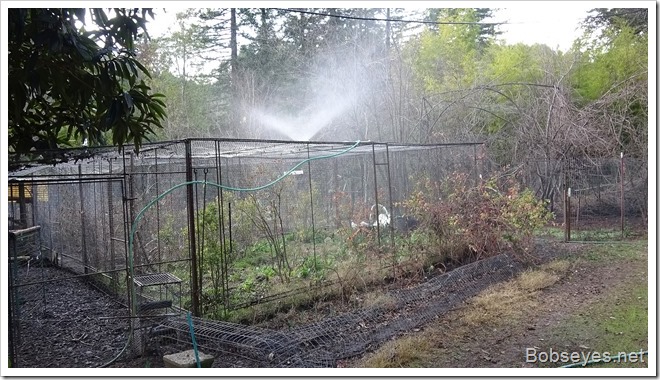 That was pretty much my day. Some times doing lazy stuff gets stuff done. And the fertilizing needs to get done as spring is coming.

2 Responses to Being Lazy Can Still Get Stuff Done