Supposed to be a showery day

It was supposed to have been rain showers today so we didn’t plan anything. I did some reading until Steve was ready to do something later in the day. He wanted to go for a ride up the road that goes up the north side of the Sixes River.

It only showered a few drops during the day but there was a cold wind to deal with.

But before going up to the Sixes River, I wanted to check my van’s accessory battery as it doesn’t seem to be holding a charge. I checked it over and realized the battery terminals likely needed cleaning. But Steve had a battery tester so I barrowed it and checked out the battery which said the battery was good, so it likely just needed the terminals cleaned up. I cleaned up the terminals with a wire brush and then applied some dielectric grease that Steve gave me to stop the terminals from corroding. We put his battery charger on the battery for a couple hours and I think it’s good to go.

Headed to the Sixes River

We drove out the road in my van stopping here and there while he pointed out fishing holes and rough spots in the river for yakking.

We drove out about eleven miles to a forest camp area, I forgot it’s name. We parked the van and walked down the main road towards the camp area past the locked gate.

Just past the locked gate we came upon another small road headed off down towards the river. Steve said he hadn’t been on that road and we should check it out so that’s what we did.

Checking the river out

Going down the trail to the river. 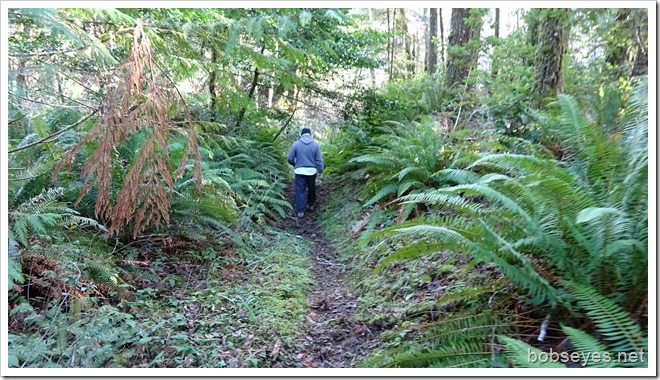 It was only about a quarter mile to the river were we looked for fish in the water. I thought the rapids were a bit much for me and my yak. I’m mostly concerned with tipping over and wrecking my camera. If I did this I’d leave my camera behind. 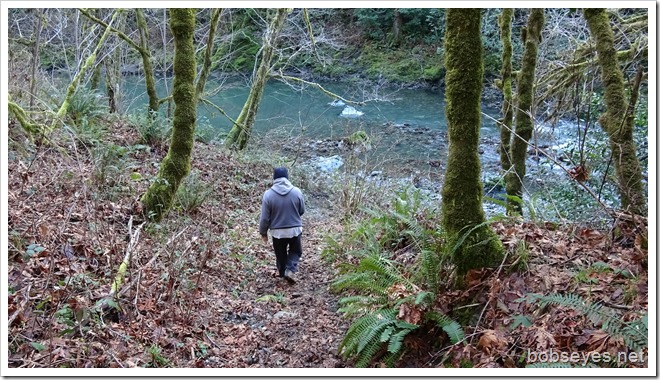 There’s the rapids I was looking at looking down the river. Steve says it’s tame after this rapid. He goes down there fishing from his drift boat usually with a bit more water to smooth out the rapids. 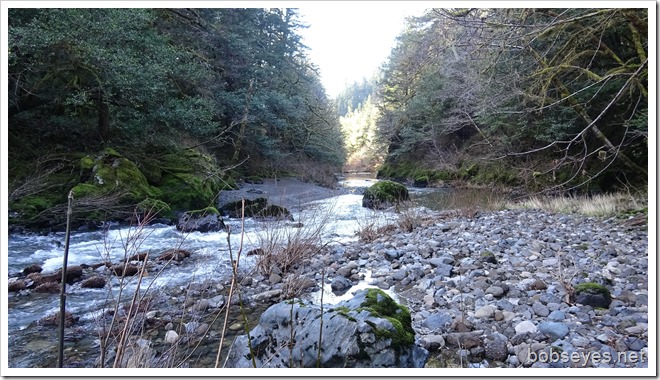 Here’s Steve looking up the river for some steelhead fish. It’s cold and damp. Burrrr. 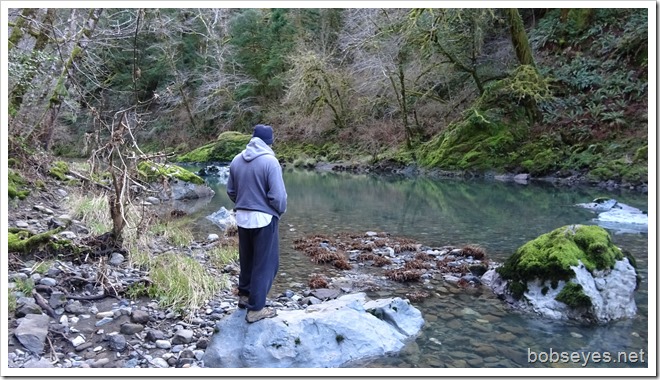 We headed back up the trail and decided not to walk down to the camp area, mostly because it was a penetrating cold.

We headed on back down the road and stopped here. One of the places Steve puts his boat into the river to fish. I thought I could make it with my kayak from this spot. 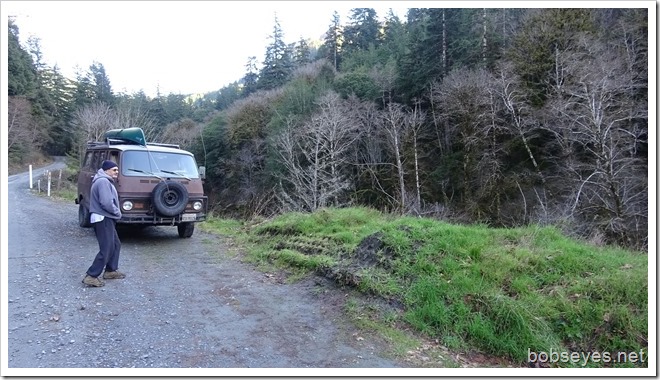 Checking out the transmission jack

We headed on back and I told Steve we’re going to the shop where he works, which he didn’t want to do. I said tough.

He’d told me about a transmission floor jack the shop was giving away to anyone that would take it, so I wanted to see if it was any good and worth taking.

I looked it over. It needed a couple repairs but mostly worked real well. We loaded it in the van to take home when I leave. 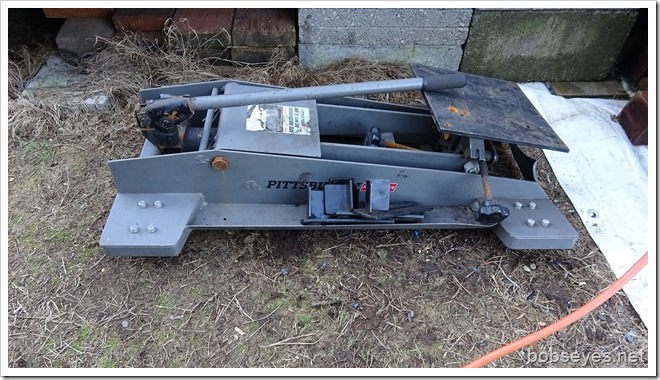 The transmission jack is a good score as it makes a lot of mechanicing jobs much easier.

We drove on back to Steve’s place on the Elk River and Steve got the crab out we caught last night. OK, he did most of the work. The  new crab cooker we bought made that part of the job  much easier and took a lot less time. We cooked them last night before going to bed after crabbing.

Anyway we had crab for dinner and then I picked the meat out of the rest of the crabs and froze it for later. 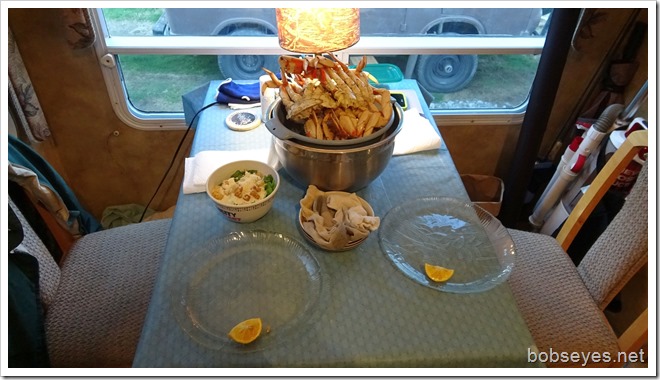