Barry came by today to see if his  wine barrel sealed up last night as we let water run into it all night, but no luck, it still leaked.

I suggested he try pounding on it with a big hammer to see if that would help so I gave him a hammer to beat on it and hammer the steel rings down a bit and then we filled it up with water again. 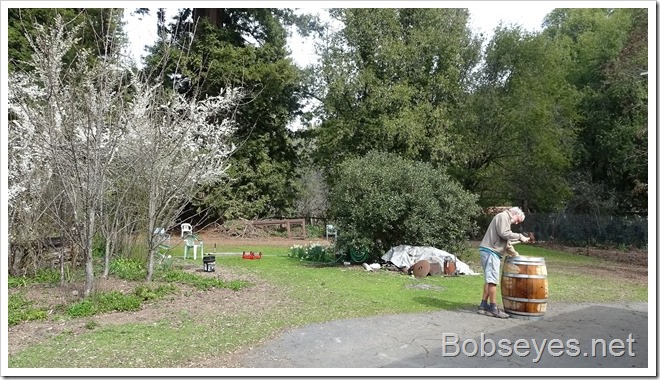 That helped but it still leaked so he worked on it some more.

No matter what he did it still leaked so that didn’t get fixed. He said these wine barrels cost 500 dollars and up.

While he was working on the barrels I continued loading up my van with stuff  throughout the day. 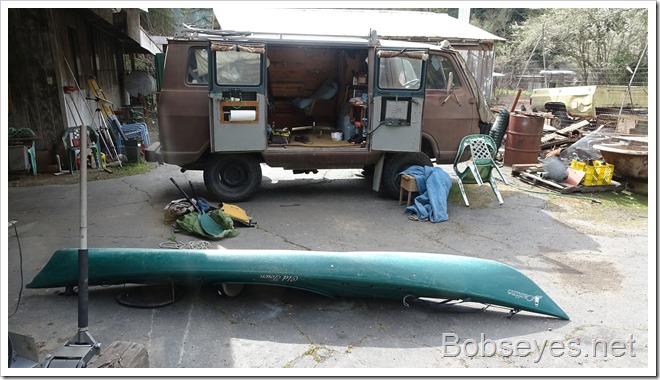 Then we went for another dirt bike ride up in the hills. We were dressed warm but the sun wasn’t out and it turned cool on us like it was going to rain soon.

We stopped here so Barry could move some brush off the road. 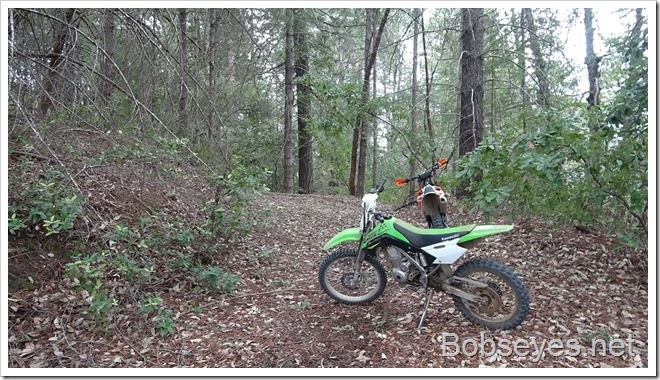 Barry moving brush off the road. 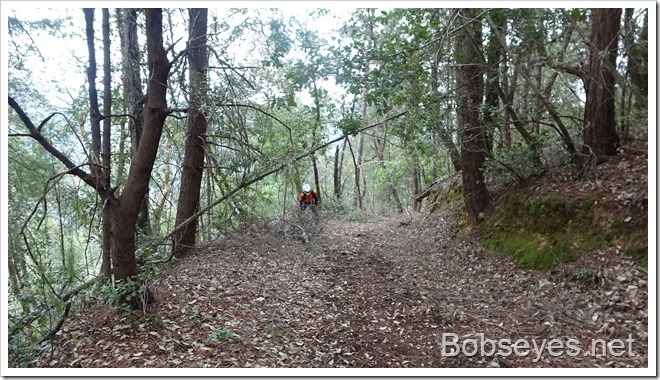 We continued on and stopped here so Barry could throw this small tree off the road. 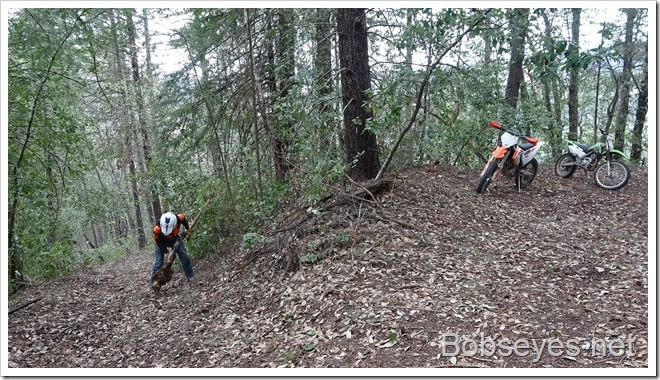 Break time and a view

We made it up to the ridge top where we stopped for a good break with this view. 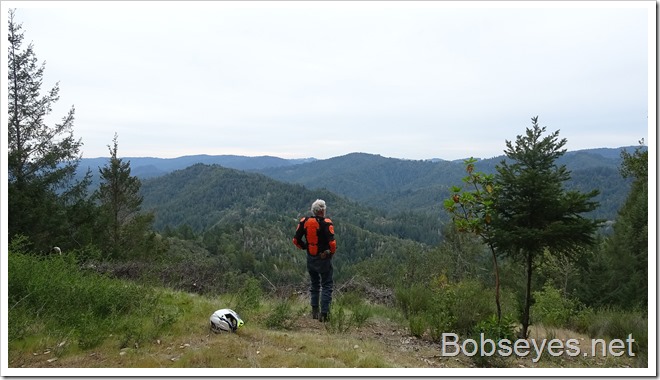 On the way back to my house I told Barry I needed to stop at our water tanks to check out the spring water flow just to  make sure it was all working properly before taking off on my trip. 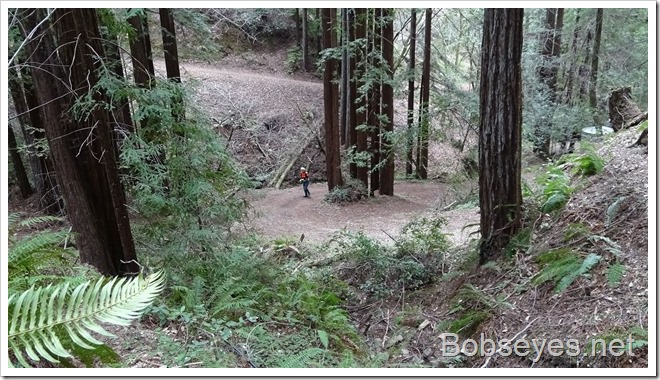 Every thing looked good with the spring system so we continued on home. We both noticed it had gotten colder since we took off on our ride.

Barry checked his wine barrel again but it was still leaking. He loaded up and went on home. 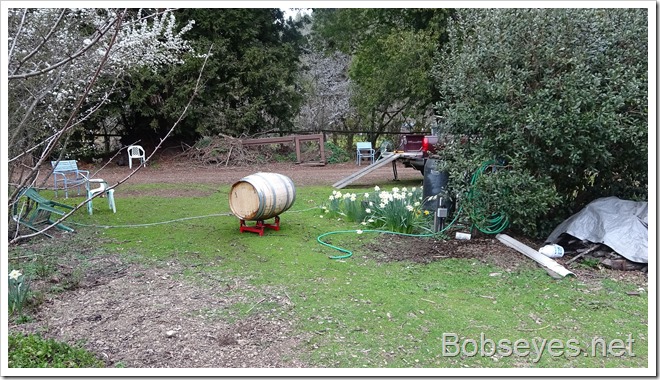 A bit of electrical work

I continued to load up my van when Tom came by and wanted me to get the 22o volt line out of the system so we worked on that for a bit. These lines are temporary until we get things all fixed up when I get time. He wanted to make sure the 220 was out of the system and only 110 volts was on it so he didn’t hook things up wrong again. 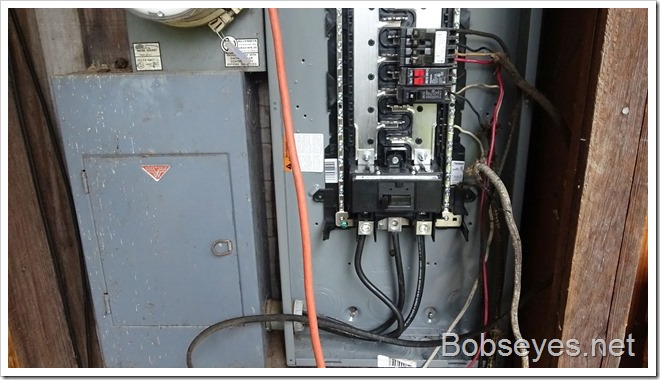 Little rain, not much

Just before dark it tried to rain and it did just a very little.

I loaded a few more things into the van and got all the water loaded up.

I only have a few more things which I will get done tomorrow.

And I hope to be ready to leave Monday morning headed for Quartzsite, Arizona.

(Visited 153 times, 1 visits today)
This entry was posted in Uncategorized and tagged dirt bike ride in the forest. Bookmark the permalink.