As I went out the front door this morning I saw my brother Barry out there with his dirt bike. He was going for a dirt bike ride up in the hills. 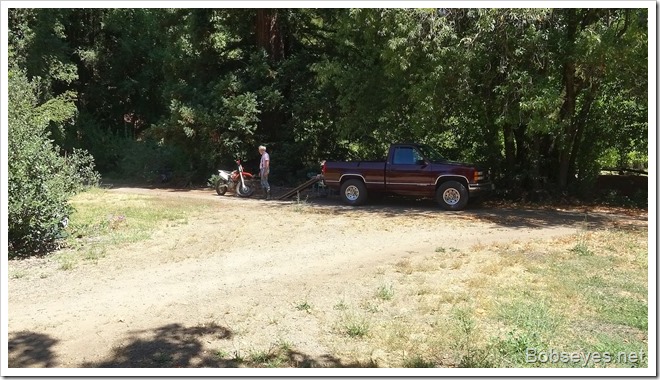 I quickly fed the chickens and joined him and we rode up into the hills on this road. 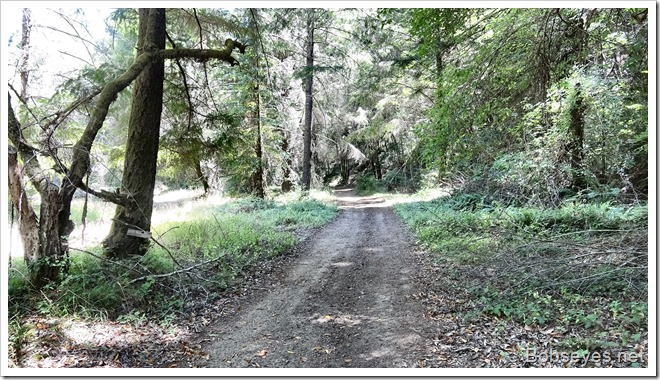 And along here headed up to the top. 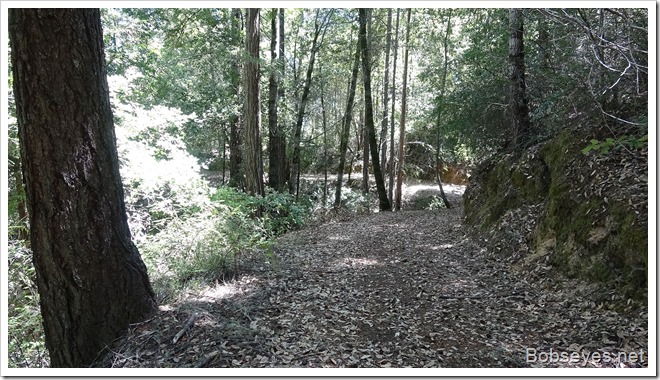 After riding for awhile we stopped at this spot for a break which is called Top of the World. 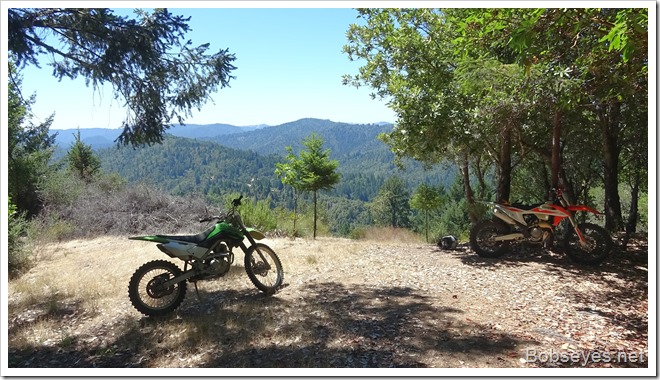 This is why it’s called Top of the World looking out from that spot. 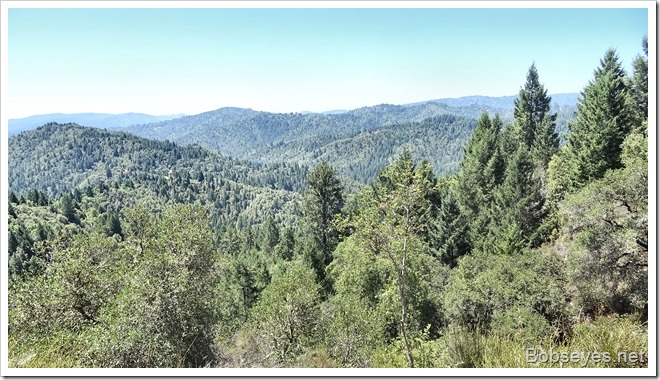 After a good break we got back on the bikes and rode some more. 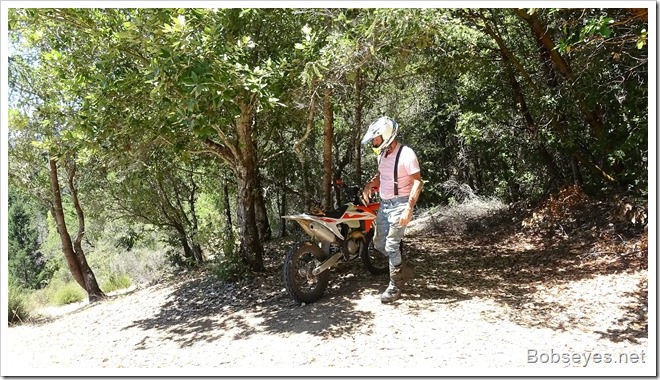 Down this ridge top road. 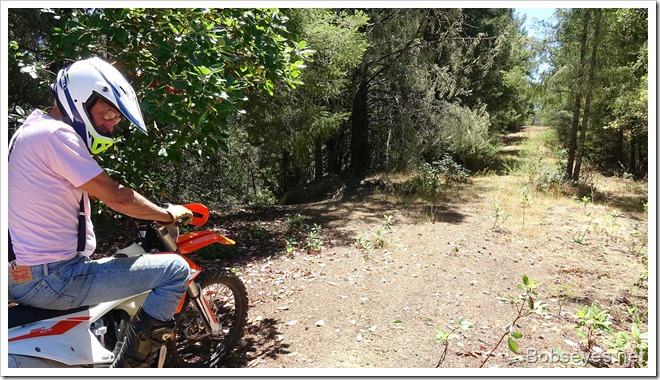 And down this road, we move along pretty fast. 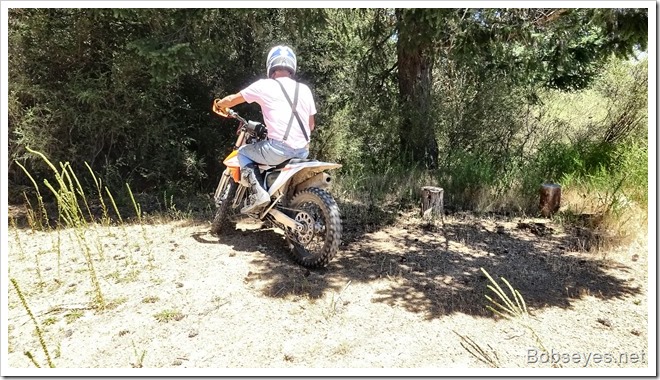 After about an hour and a half we headed on home on this road. 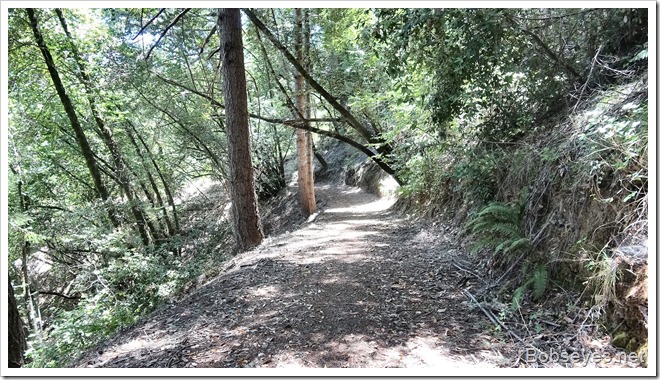 We made it back. Barry loaded up and went on home after I gave him a flat of eggs. 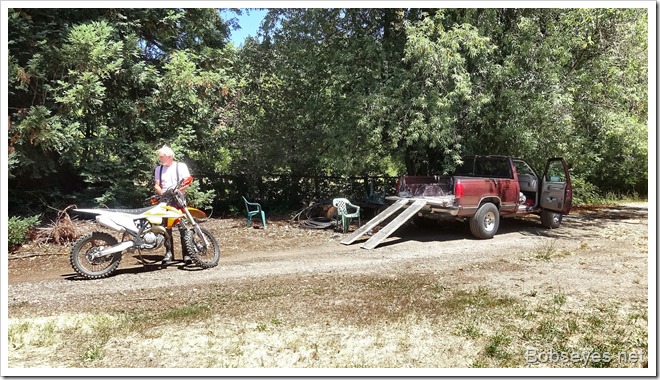 Well that dirt bike ride wore me out so I mostly napped on and off during the afternoon.

Eventually I went out to do some stuff with the chickens.

I was putting feed down when the hen in the back attacked me with a vengeance because of her little chicks. I grabbed her and there was a lot of squawking you’d think I was the one doing the attacking. Once I had her subdued I held her for a bit until she calmed down then let her go. 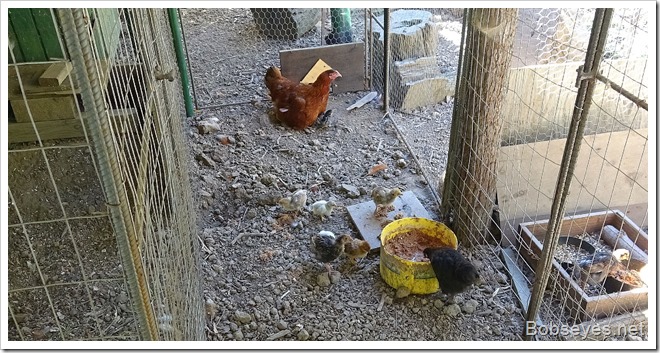 She had 7 new chicks yesterday but today she had 8 so one more was born a bit late. 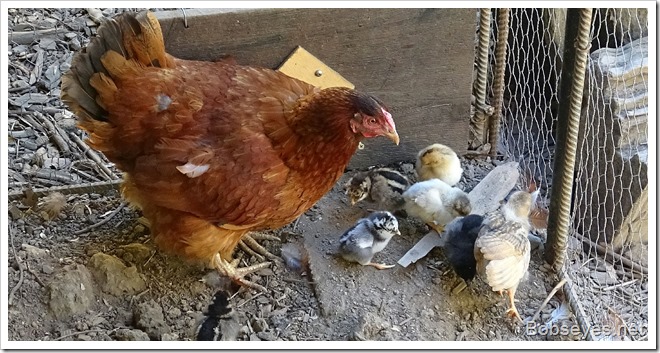 This is the late new born. They need to rest a bit until they get enough strength to move around which takes a day or so. 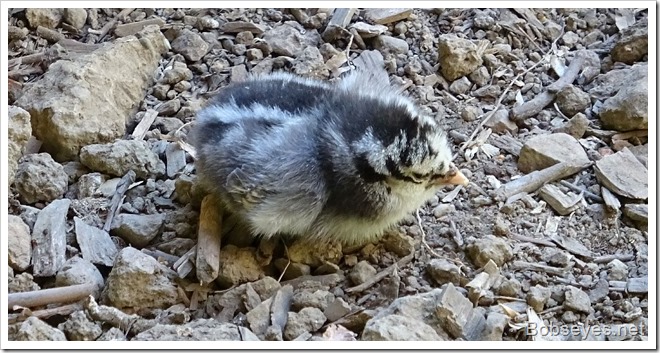 Just before dark the chickens all go to roost for the night. Here’s some of the younger ones in the roost. 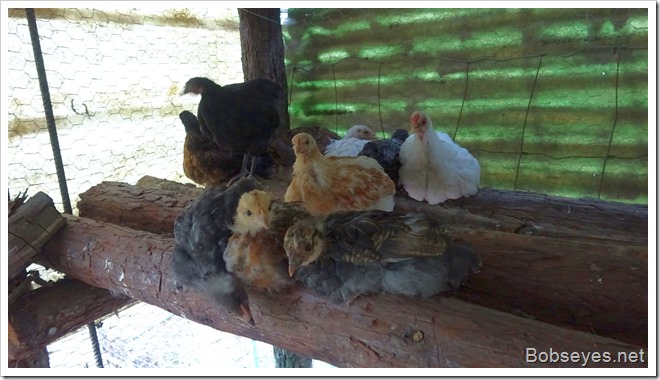 Had a nice dirt bike ride and a nice day.