Barry and I Clear Trees and Brush Off Our Fire Roads

Barry was coming by today and he wanted to clear some trees and brush off our roads. I went with him to help out. Now, all these pictures look like he’s doing all the work, but while he is using his chainsaw I’m staying out of the way and throwing rocks and sticks off the roads until he’s done cutting, then I help him get the stuff he cut off the road.

Here’s the first log he tackled, the first of  many today. 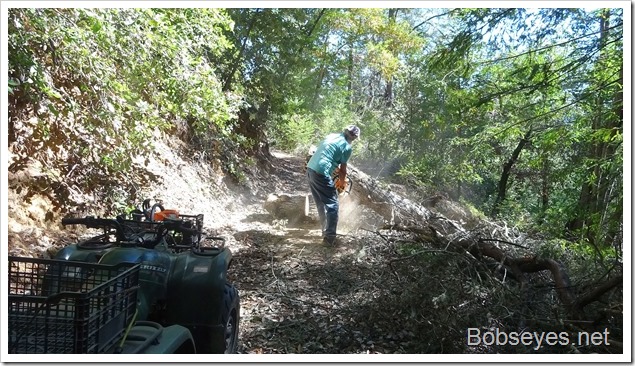 We cleared that one off the road and moved to this next little one Barry took care of, an easy one. 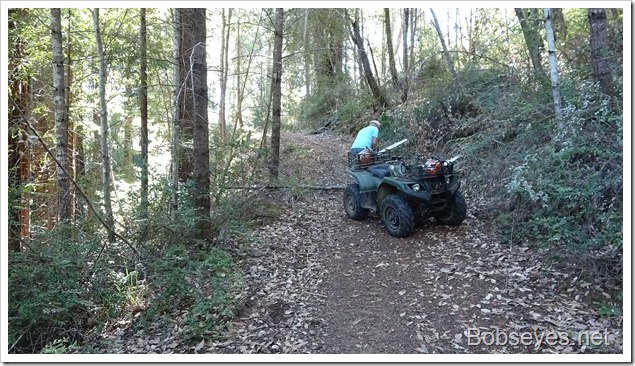 He cut this overhanging one out so he doesn’t hit it with his helmet when riding by. 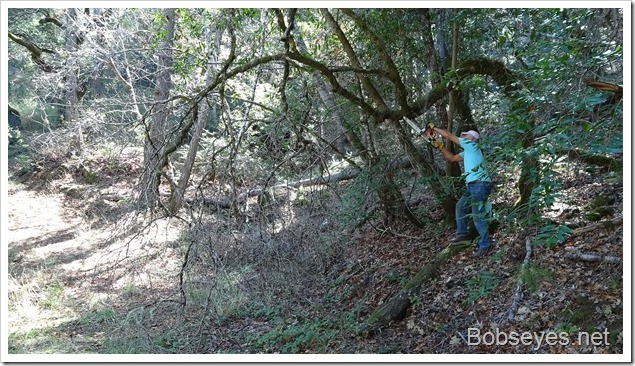 This one was a bigger mess and took us some time to get cleared off the road. 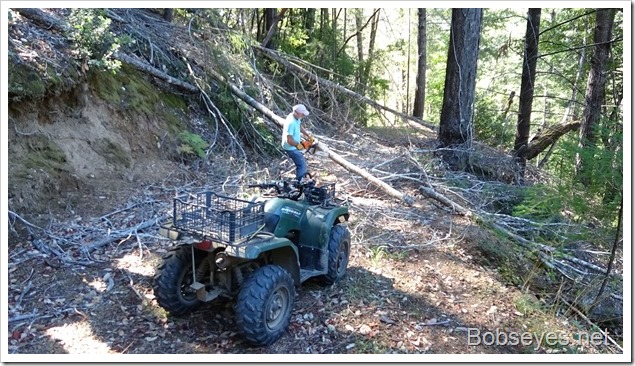 We were pretty tired out after that mess so headed up to our resting place at the top of the hill, but on the way we had to cut this tree off the road to get by. 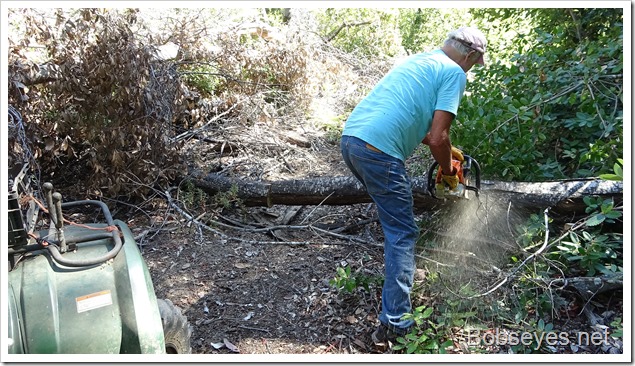 From there it was clear all the way to the top of the hill with this view today. A bit of smoke is in the air, from a nearby control burn. 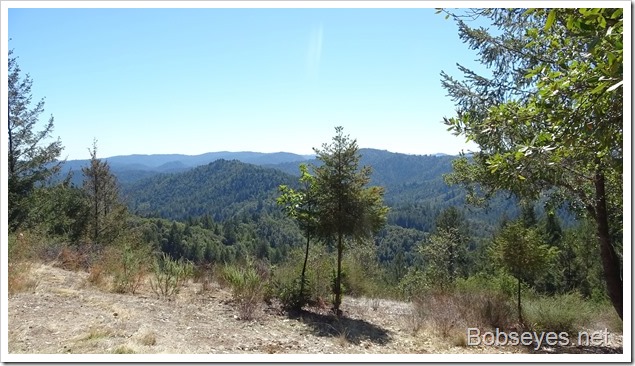 We rested there for quite a spell, just enjoying the day and resting up for the next job. 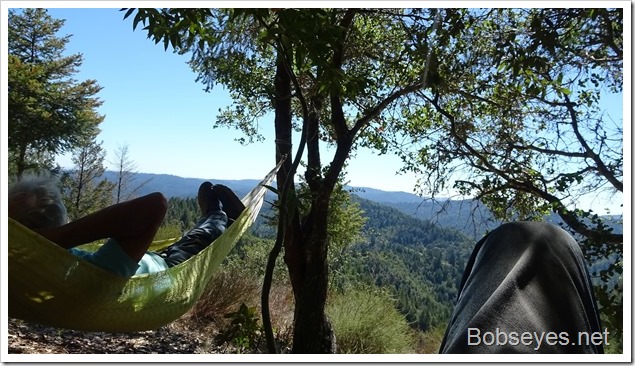 After a good rest we took off down the hill to our next tree to remove. 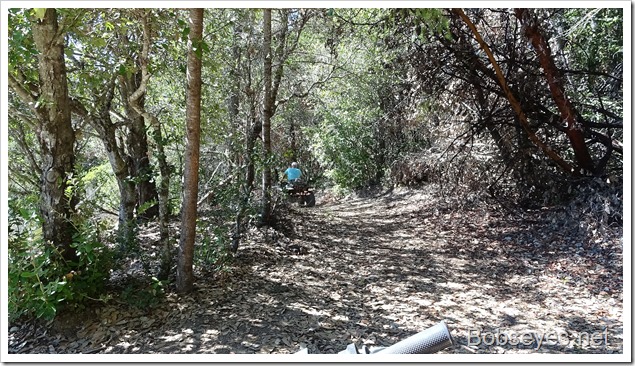 This log was bigger than most of the rest of them and solid so Barry decided to just cut it down onto the road for now and come back with his truck to cut it into firewood. 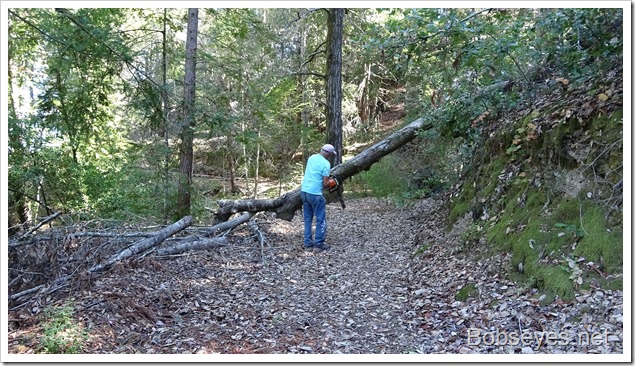 There’s some nice firewood in that log and that’s where we left it for today. 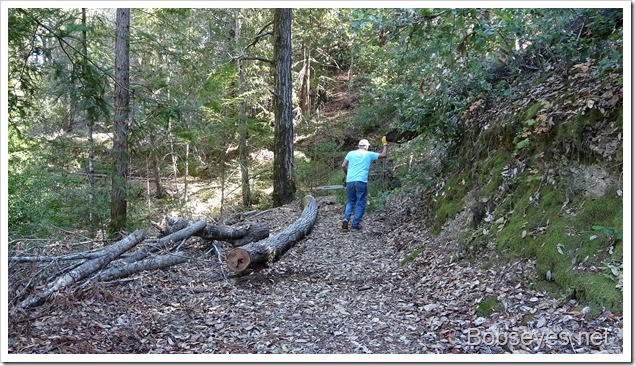 We decided to clear all the trees and brush off this old road so we can get it opened up and set up to clear a trail over a couple of slides on it, later. 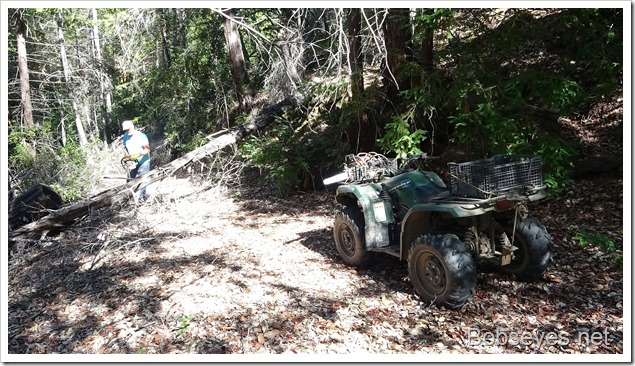 That old road had a lot of smaller brush on it that we worked to get cleared. 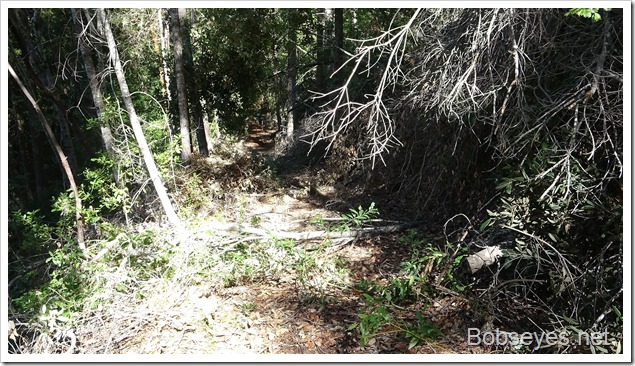 After that we headed to our spring to get a drink of water when we ran into this downed tree, so we got it cut and out of the way so we could pass. 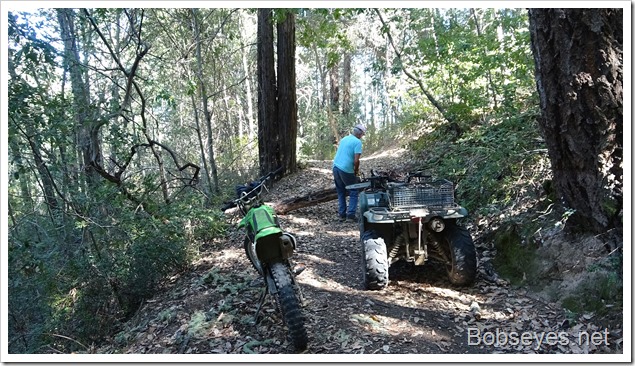 A nice fresh drink of spring water was just what we needed. We sat in the chairs for a bit to rest up before continuing on. 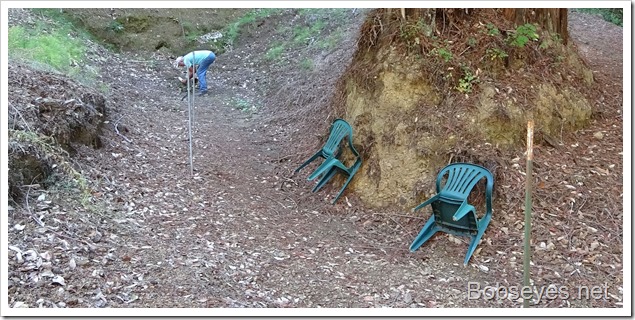 We figured we only had a couple more to do. This one Barry cut into firewood pieces for picking up later. 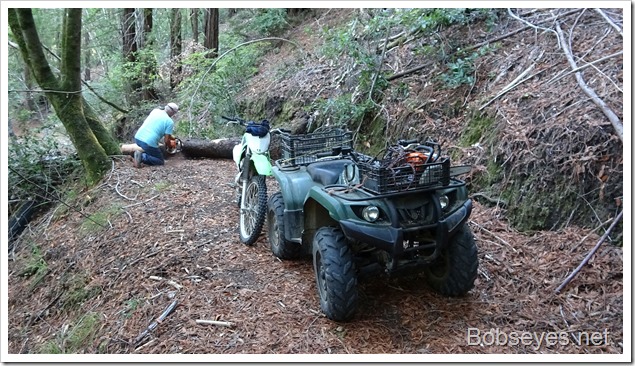 After that we headed for home but had one more place we had to roll some big logs off the road. They were big and we had to work to get them to roll off the road. The only trouble was they rolled down the hill onto the road below it so we had to go down and roll them off that road.

I think that was the last one. We headed for home. My brother
Tom showed up so we sat around and shot the bull for a bit. 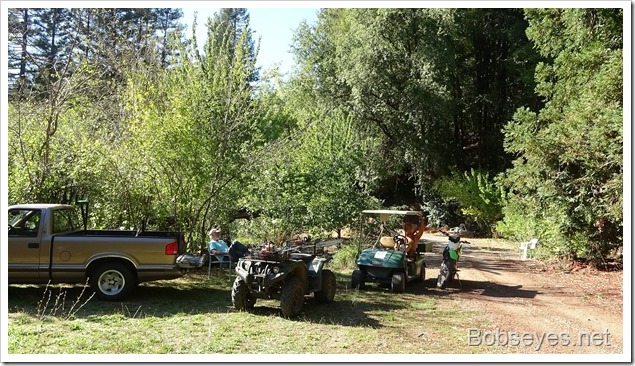 Barry took off for home and is coming back tomorrow for a ride after all the work.

I went in for a much needed nap and eventually came back outside and worked on making my bed in the van and getting some more stuff loaded up.