Just couldn’t get into t the brake work

The day was cool and not inviting to do much of anything especially work. It showered a bit once or twice.

I needed to keep working on my Toyota Land Cruiser wheel cylinder replacement but I couldn’t get it started.

So, I puttered around for a good part of the day.

Peanut butter is no good

One of the things I wanted to do was put a piece of bacon in the bucket mouse trap I had up in the attic as the peanut butter I had in it to attract mice wasn’t working.

I have a motion camera attached to my computer watching that bucket and the mice just aren’t interested in the peanut butter. They aren’t even going up to inspect the bucket. They seem to avoid it so I’m going to try a piece of bacon to see if there is more interest.

Finally I got to work on the brakes

Around three PM I finally got to work on the brakes. I knew todays work was going to be rough. The front wheel cylinders are a lot harder to remove and put back then the rears as there’s more stuff around them in the front so the bolts had to be installed in the right sequence and the wrenches barely fit which meant things would be taken off and put back on an eighth of a turn at a time on the bolts which really slows things down and makes them tedious which they were. I just had to be patient and work slowly and keep moving ahead which I did.

Here’s the work area for doing the front brakes. 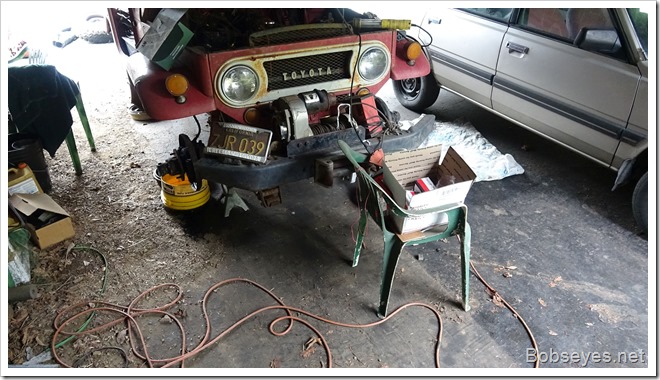 I started with this side first which took me about as long as it took to do the two back brakes. 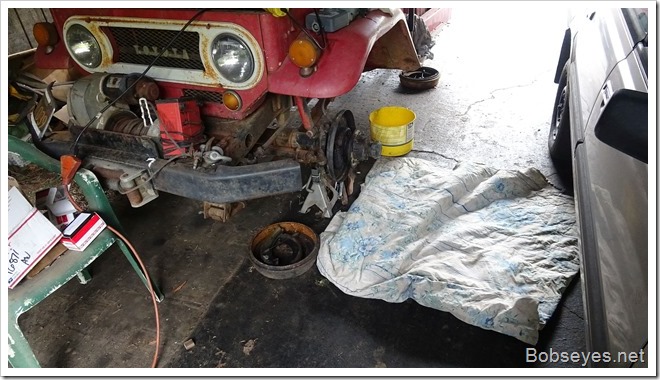 Around 4PM the chickens were squawking that they wanted to get out and graze so I let them out into the yard and then went back to work on the brakes.

Here’s my biggest rooster. It’s starting to make a lot of noise and is starting to act more like a mature rooster. 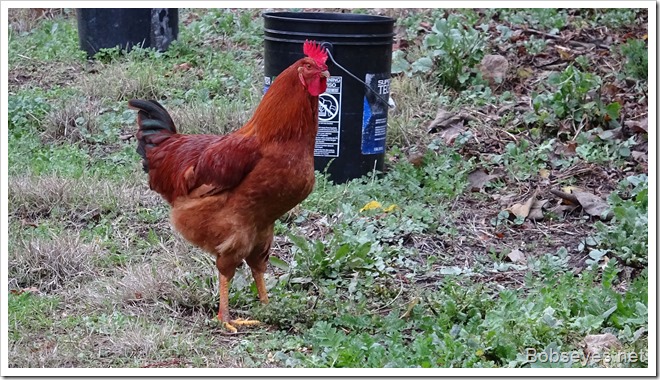 Now to get the other side

I went back to work on the brake job and moved over to the other side and started work on that one.

Around five I noticed all the chickens were in for the day so I shut their gate for the night.

I had the light on

It was getting dark and I wasn’t finished with the brakes so I kept at it as I was working under a light anyway.

So around 6 I got the front wheel cylinders on so now I have all the wheel cylinders installed and ready to get the brake drums back on and adjusted which will be the next step. 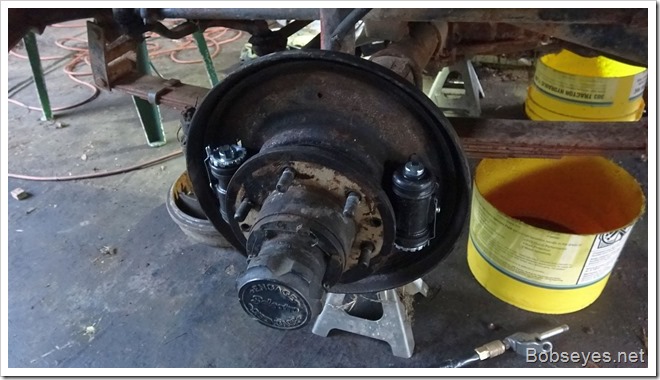 I didn’t think I was going to get that far today so I was happy with the work and went in the house and settled down for the night.

I still have a lot to do on the brakes. They need adjusted and then they need to have the air bleed out so there’s still plenty to do but I figure I have the worst part done anyway.