The wind was blowing even harder today than it did yesterday. So to experience it properly I jumped on the quad runner and headed up into the hills to do some more trail work.

Right away I ran into these downed trees the wind had blown over. I found a way around them and continued up to where I was working yesterday. 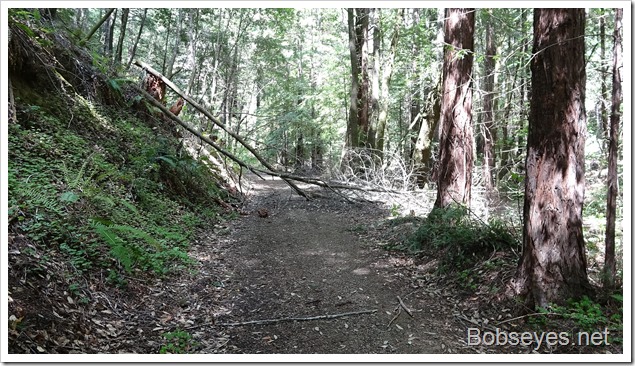 When I arrived at the work spot the wind was really blowing and the trees were talking a lot. Today the wind was blowing so hard it was blowing a lot of limbs down off the big trees so I had to watch it a bit so as not to get hit by one of them.

I had all the rocks stacked up yesterday so today I needed to put some dirt on the trail here to build it up a bit so I worked on that stopping to enjoy the gusty winds every once in awhile and sometimes ducking by the base of a big tree just in case, when a limb broke off close to where I was working.

I filled this part of the trail with dirt and rocks for the next couple of hours. 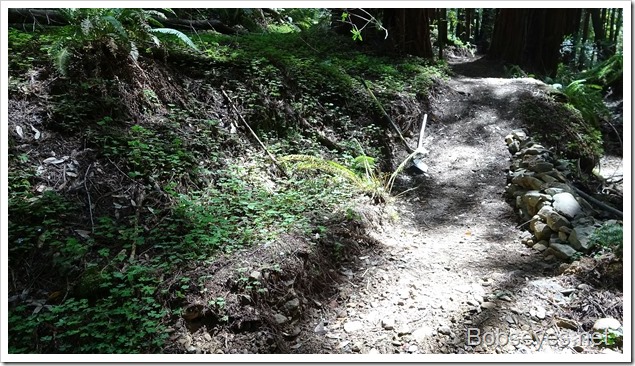 Walk up the trail

Once I got that done I decided to go for a walk up the trail to experience the wind better. If I rode the quad runner it makes too  much noise.

When I took the tools I was working with back to the quad runner I noticed these limbs that had fallen that weren’t there when I started. 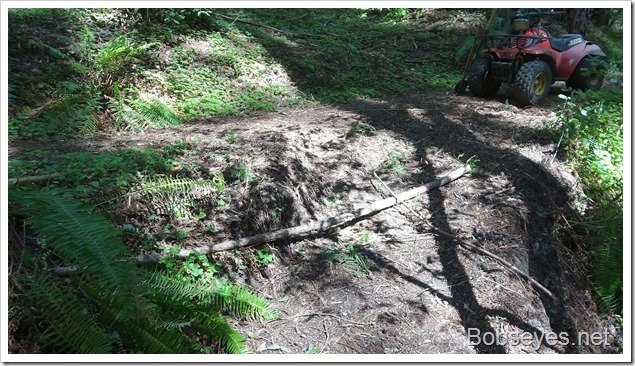 I thought it might be a good idea to practice making a video of the trail as I walked up it just to see how it would turn out, so I shot video on and off as I walked up to the waterfall. The wind had slowed down a bit, but was still blowing with lots of nice windy tree noises. 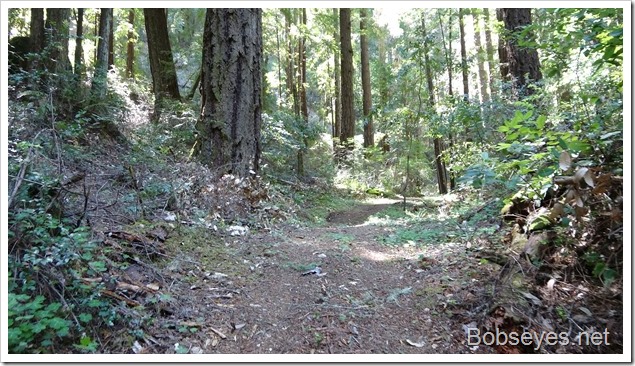 I had a nice walk up the trail to the waterfall and sat there for a bit enjoying the day.

When I returned to the quad runner I found more redwood limbs had fallen so I had to remove them from the trial to head on home. 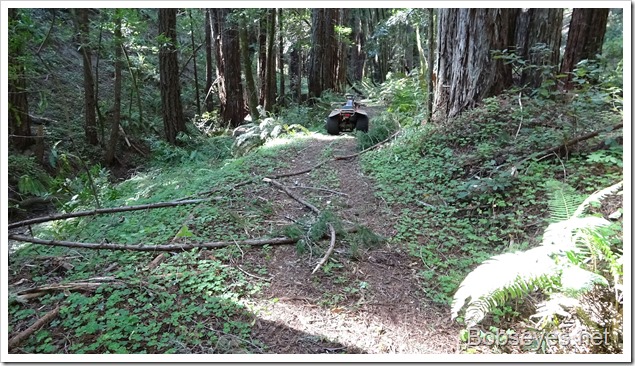 Back home I found this bird house had blown down, fortunately there was no birds using it right now. I put it back up once I got the ladder. 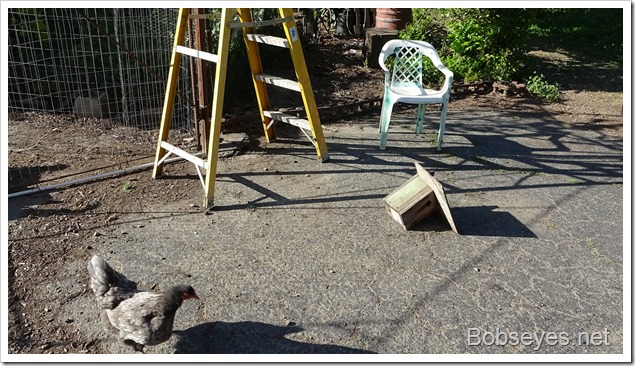 The chickens wanted to get out to graze in the raspberry patch so I let them in to do their thing. 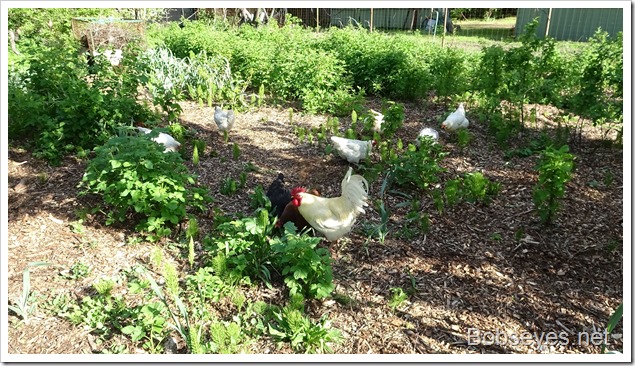 And I loaded up woodchips and hauled them into the raspberry patch. 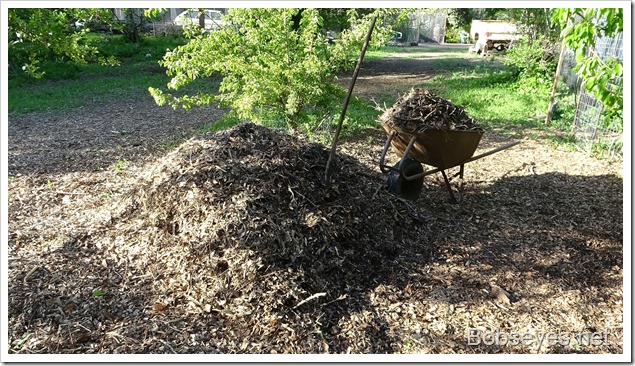 Woodchips going into the raspberry patch to mulch it. I’ve got about six more loads of that pile to complete the job. 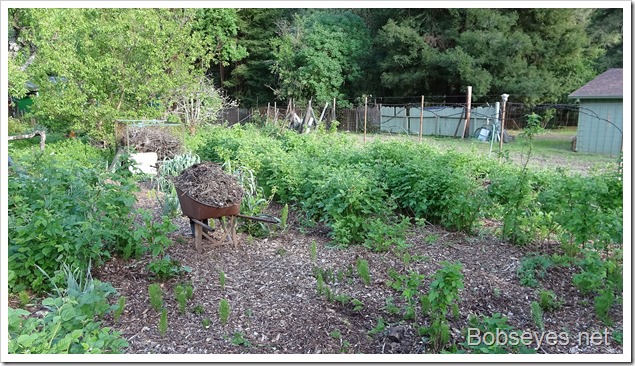 I haven’t heard anymore news about the Hermit and don’t know if he made it home yet. Maybe I’ll have to take a ride up to his place to see what I can find out.