Back Ouch On the Work, Dirt Bike Ride and Some Crab

I was in the process of moving these cement blocks to another spot I needed them. I got one load done and during the loading of the next load, my back gave me a warning with a sharp pain. 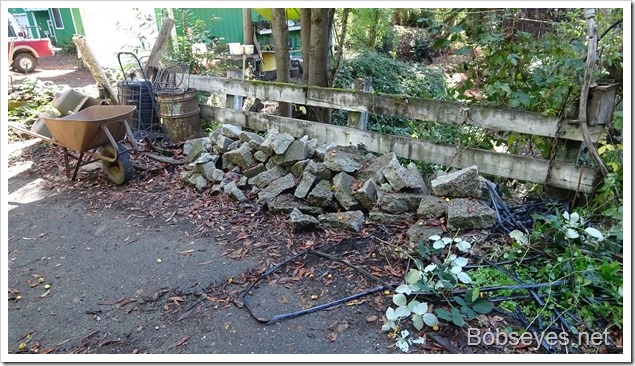 Ride in the forest

I was a bit hunched over and was headed to get a cold pack on my back when my brother Barry pulled in with his truck and dirt bike. I said, give me a half hour on the cold pack and I’ll be ready to go. 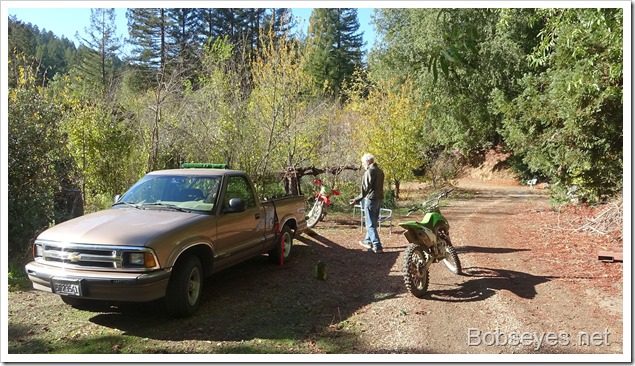 I got the cold pack and we shot the bull for awhile before taking off. My back felt fine for now.

Barry wanted to stop at my brother Tom’s garden to see if there were any tasty apple’s left on the trees. There were some so I filled my pockets. 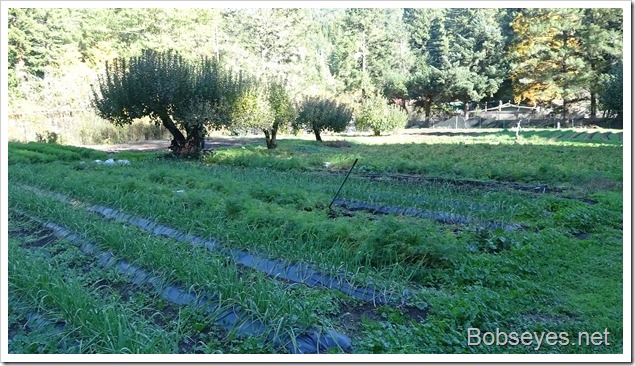 And some apple trees with apples. 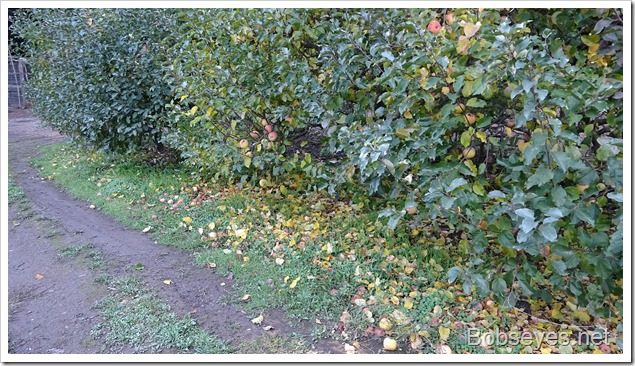 We went by his chickens. He has a lot more of them than I do as  he sells eggs at the farmer’s markets. 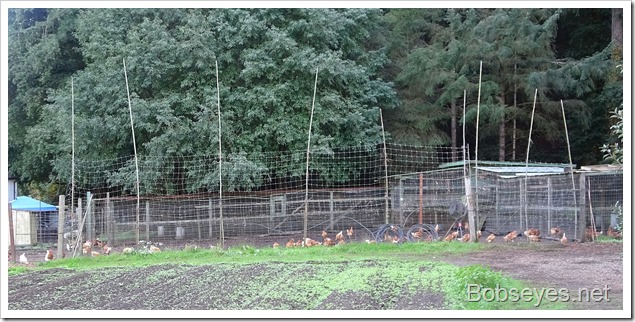 Now that we had a snack for later we headed on up this trail and rode around for some time. 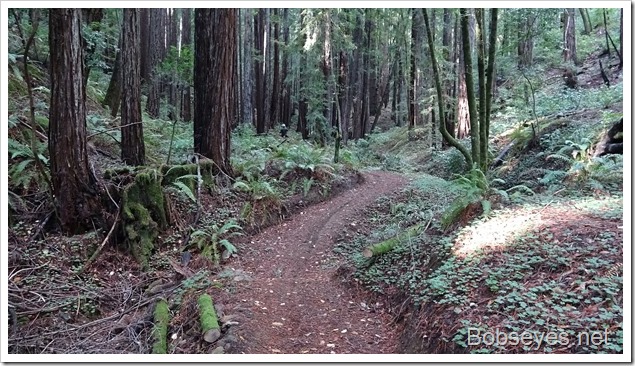 We occasionally had to stop and get stuff off the road so we could pass by. 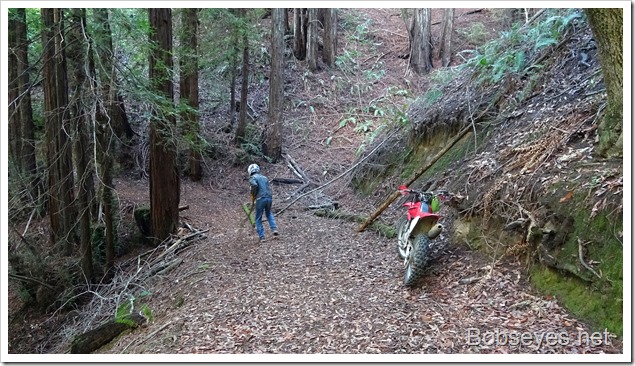 I was throwing rocks off the road when Barry caught up with  me. 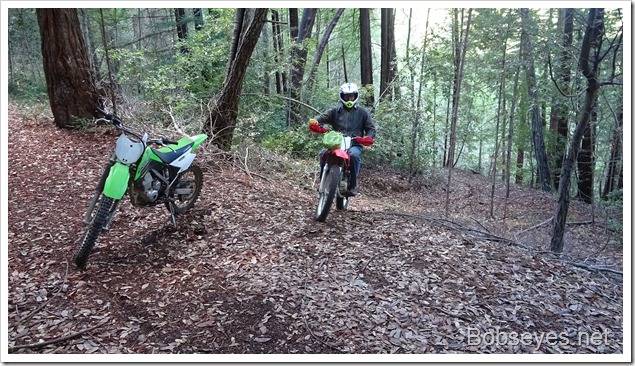 Barry had some clippers so trimmed some branches that would hit us in the head at several locations. 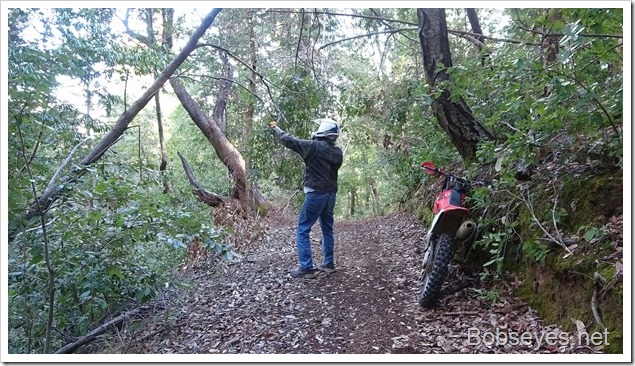 We made it up to the top of the mountain where we take a break for a good spell just enjoying the day. 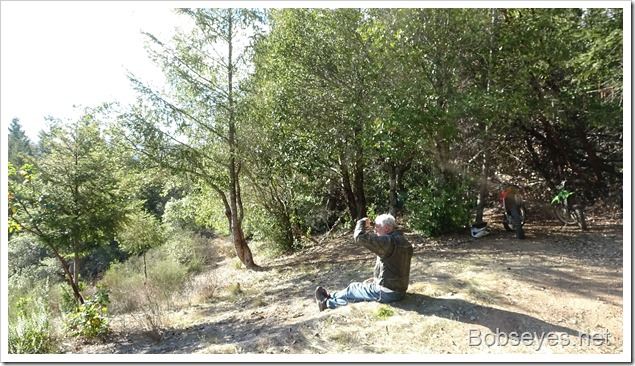 The sky view from that spot. 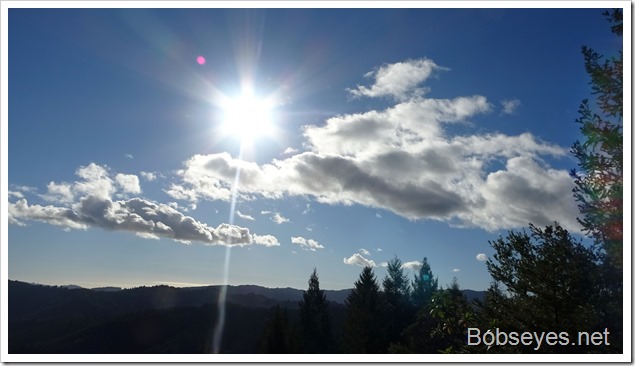 Eventually we took off and rode around some more. I hit a big old dead tree knot laying in the road and my back tire spun out causing the bike to go sideways on this road so I fell down. I’m usually going pretty slow when the bike falls over.This one was soft dirt so getting the bike back up was the worse part of this one. 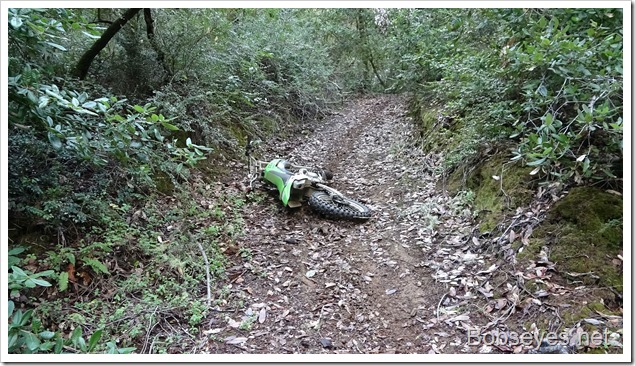 We headed for home and Barry took off for his house and I did some chair hopping around the yard.

Later my brother Tom gave me five crab to eat. They should last me several days. Here’s three of them, cooked and ready to go. 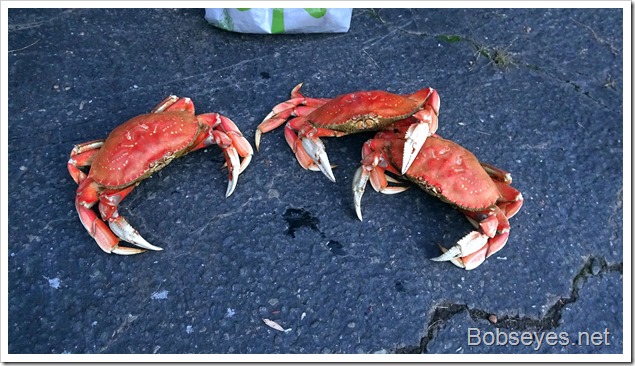 (Visited 79 times, 1 visits today)
This entry was posted in Uncategorized. Bookmark the permalink.

3 Responses to Back Ouch On the Work, Dirt Bike Ride and Some Crab