Back on the Roof and Digging in the Potato Patch

The last heavy rains we had the other day were enough to show me I didn’t fix all the leaks in the roof when I worked on it just before that storm, so today looked like a good day to replace another metal roof sheet where I thought the leak was. I did get some of the leaks last time, but there were still a few drops coming through when it was raining real hard.

So I rounded up my tools once I got it going today, around noon. Since I’d worked on this just the other day I had no problem finding the tools I needed to do the job.

In this picture I’ve got the questionable metal sheet off and am ready to install another sheet in that spot. 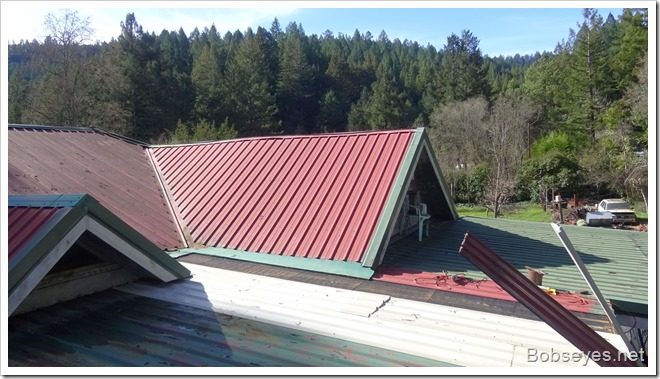 It wasn’t too long until I had the new sheet installed and put the tools back away and stored the old metal sheet and that job was done. At least for now, I’ll have to see if I got the leak when it rains again, which is supposed to be sometime this next week.

I’m thinking I should just buy enough new sheets to replace all the questionable ones and just get this job over with. Maybe this summer if I get time. :O)

Puttered in the yard most of the day

After a break I puttered around the yard the rest of the day, picking up more of the fruit tree trimmings and just mostly taking it easy, except for digging in the potato patch. I wouldn’t say that was taking it easy.

More daffodils are blooming everyday. Since they are such an easy flower to take care of, just plant the bulbs and that’s all you have to do. They come up every spring, flower and die until the next year, pretty easy, so I have them all over the yard. 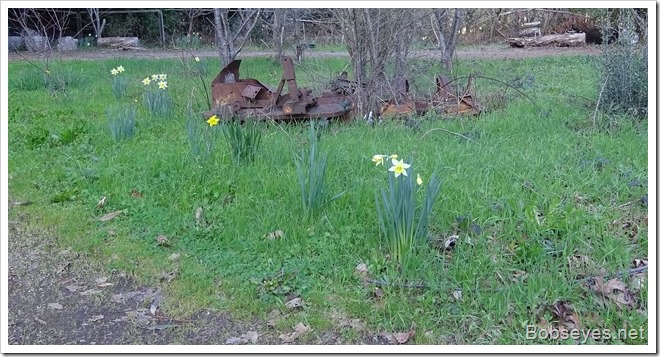 This is were I did some hard work today, the potato patch. I was mostly turning over the dirt harvesting whatever potatoes I found. I was surprised how hard the dirt was as it’s all made up from just throwing tree leaves on top for a number of years. The mulch decays fairly rapidly and makes black dirt which packs in. That means I need to mix the mulch into the black soil to keep it loose, which I’ll have to start doing as loose dirt makes harvesting potatoes easier and the potatoes grow better in loose dirt too. 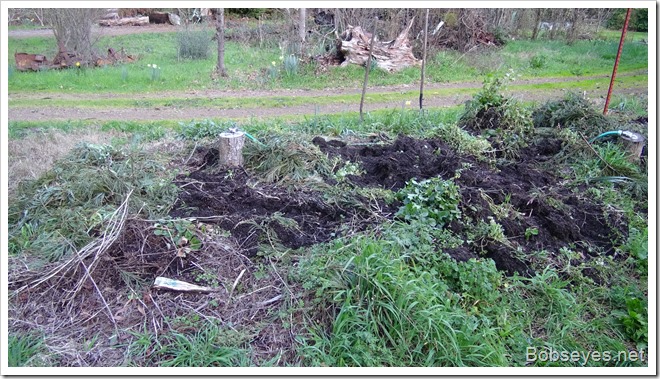 Most of the potatoes that were left in the patch were on the small side, which is ok as I mostly just boil them up whole with the skin still on and they are plenty good. I have started cooking them in the pressure cooker which only takes five minutes of cooking  time once it boils,dong it that way. 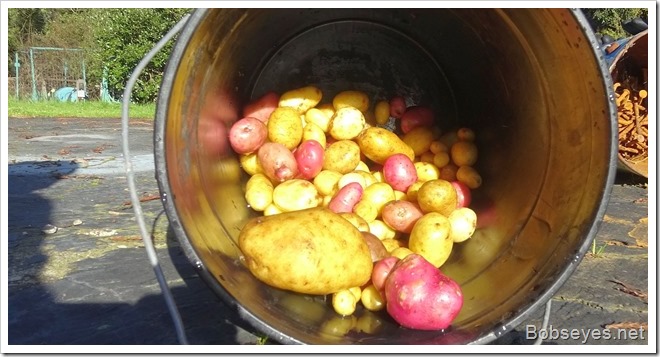 A few more daffodils just after the sun went behind he hills to the west. 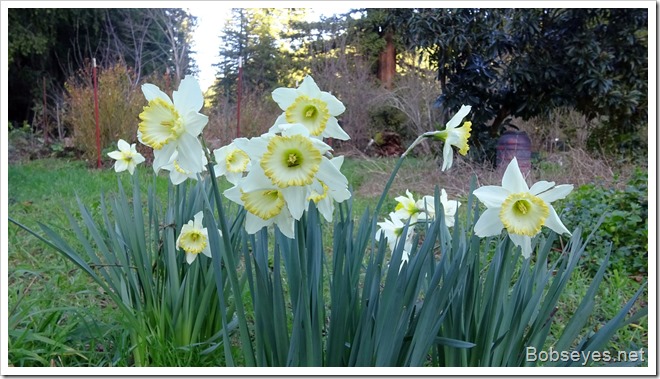 The river looks good for tomorrow

Tomorrow I should be able to get back on the water down at Jenner as the river has dropped quite a bit and it’ll be high tide around noon which should back up the river water and bit to slow the current and right now the weather guys are showing low winds, so that’s likely where I’ll be.

That’s was it for today.