Shopping for a project

I was rather slow getting it going this morning, but I did finally get it going, around noon.

My plan was to go over to Santa Rosa to do some shopping, but first I needed to take some stuff out of the van so there’d be room to put some stuff in it that I needed, so I started taking things out of the van, like my kayak on top.

While I was doing that my brother Tom comes by in his golf cart and says my automatic gate was having a mind of it’s own while I was gone opening and closing so he shut the switch off which I had to turn on  to get in when I came home, but I’d forgotten about that.

While we were talking the gate opens on it’s own and stops and does weird stuff without any commands.

I shut the main switch off and reset it, but it keeps doing it’s own thing.

So I went in the house for a short nap to think about it for awhile.

Maybe that will fix it

Since I was going to the store where one buys gate openers I thought I better have a look at it before I took off shopping, so I grabbed my electrical bag and went out to the gate and removed the box cover to  have a look. Right away I found the positive wire clip to the battery wasn’t real tight and could cause this type problem I was having, mainly as it would be constantly rebooting the gate computer with the intermittent battery connection.

So I crimped both battery clip connections and put things back together and turned it back on and so far, so good.

Some wire I don’t have to buy

While I was talking with my brother he said he had some chicken wire over at his garden I could have for my project so we drove over to look at it. Just what I need. He said he didn’t need it anymore so we brought a roll home. One less thing I need to buy.

I’m finally off to shop

Around two I was finally off to do some shopping. First I went to Smoothers Auto Parts as  I needed to get a new intake gasket for  my  van as the one I installed when I installed the engine has a slight coolant leak I haven’t been able to tighten down, so I need to do the job again, hopefully right this time. They had what I needed so I was off to the hardware store to get some more stuff.

I needed some rebar to build a protected area in my garden around my blueberry patch to keep the birds and the critters out. I found a guy with a fork lift to help me load the rebar on the van top and then went in the store to find some other stuff.

Here’s the van in the yard loaded with the rebar. 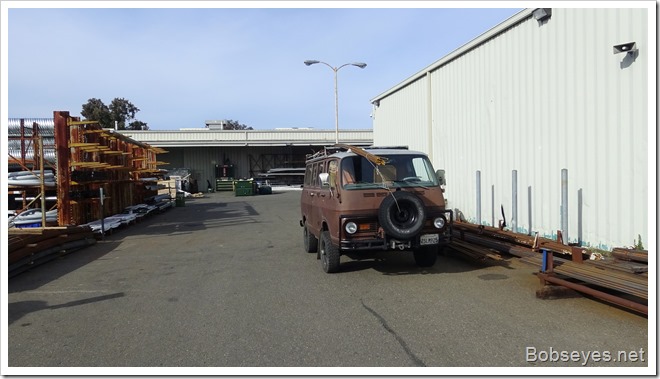 The rebar was heavier than I expected so I spent some time tying the load down with ropes. I put on a couple extra just in case.

That was enough shopping for me, so I headed on home and unloaded the rebar from the van’s top.

Ok so I got some bent ones

I should have been a bit more careful about not getting bent pieces, but I didn’t so I’ll have to just bend them back which should be good for my purposes. 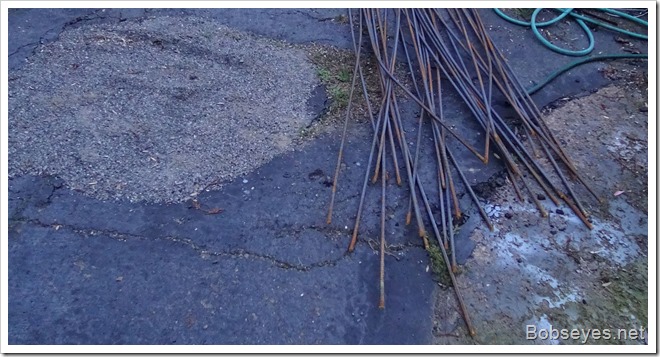 It was a nice spring day out,  no rain so I spent some time sitting around the yard enjoying the day as it got dark.

Checked out the cherry graphs

I did check on my cherry tree graphs. The buds are swelling up so things are still alive so either they will take or they won’t. 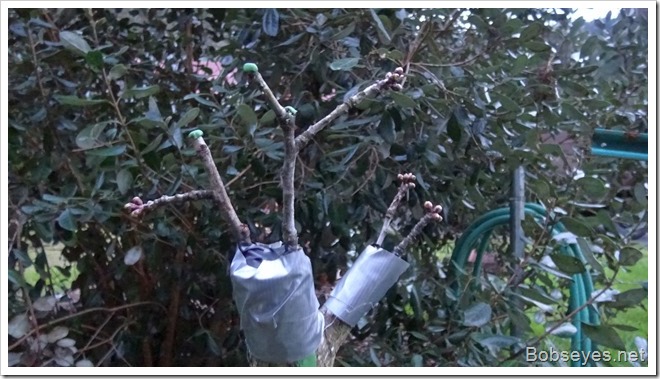 It did get dark on me as I was sitting in the yard. Being spring the dew hadn’t come in yet and it was pleasant out.

But eventually, I did come in for the day and that was  my day.

(Visited 139 times, 1 visits today)
This entry was posted in Uncategorized. Bookmark the permalink.