Arrived in Troy Oregon and Made Camp at Eden Bench

On the home stretch to Troy

When I first woke up this morning I looked out the side window to see if there were any animals out grazing grass and guess what, there were two elk out there doing just that.

I took the picture through the glass as I think opening the door would have been enough to spook them. 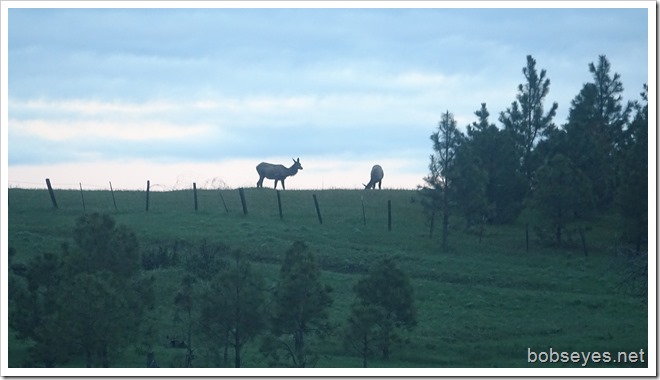 The sun did warm up the van fairly fast so I got up and got it going and then started down the rough road I came up the day before.

I think this is the worse spot. Going down was a bit easier than coming up as I didn’t bounce as much over the rocks. 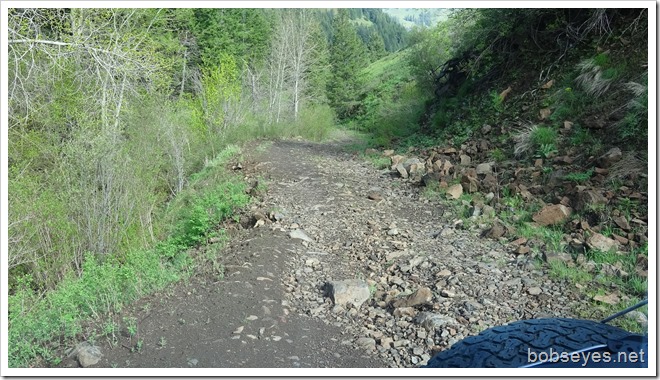 I made it back to the paved road and took the van out of four wheel and I was on my way to Enterprise Oregon about thirty miles. I needed to gas up as there’s no gas in Troy anymore and I wanted to find a place to connect to the internet.

Going down highway 82 headed to Enterprise. 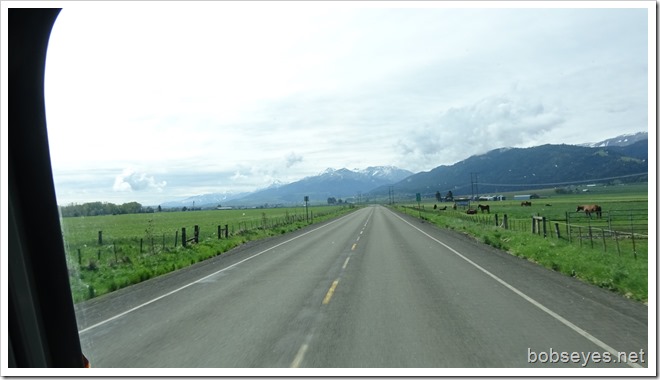 There are no fast food type chains in Enterprise so I hunted up the library where there was internet,………..but.

You needed a password and the library was closed. So I went to gas up and asked the guy there. He said the hospital is a good spot which I hadn’t thought of to get internet access.

I picked up the hospital signal in town weak and as I approached the hospital, the signal went to zero, so I’m not sure what went wrong, but decided to abort that and just go to Troy where I knew I could get access at their library, so I headed off for Troy with a full tank of gas.

To get to Troy, eventually you leave the paved road and use graveled roads.

Here I’m going down the hill toward the river valley where Troy is located. Just one of the ranches. They grow a lot of grains here. 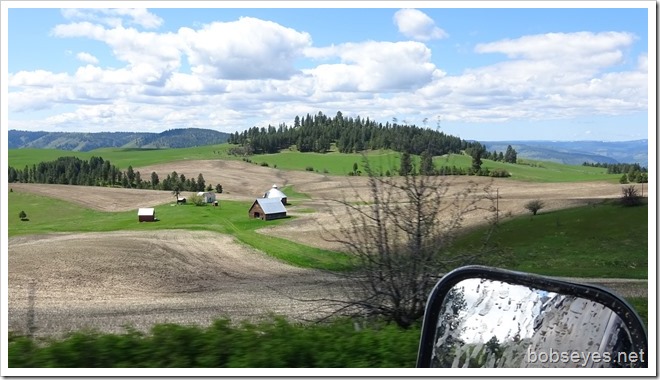 They’ve had a fairly rough winter here and things look like early spring.

Here’s another ranch I went by on the way down the hill. Troy is in the canyon on the other side of the yellow field of flowers. They have the river canyon with what they call the benches up top you see that are forest areas. The people I’m going to visit used to have a house on the river, but just recently moved up onto one of the benches called Eden which would be on the far side of the canyon as you look at it, with Troy in the bottom. 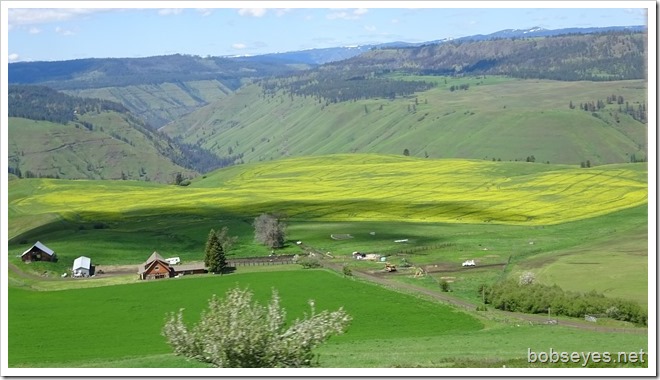 I put it in low gear as there was a fairly steep downgrade I had to go down coming in this way through the Flora route. There’s a better route for RV’s coming up the river of highway tree that is gravel but wide and mostly flat.

These cattle look nice and fat and were slow to get off the road. 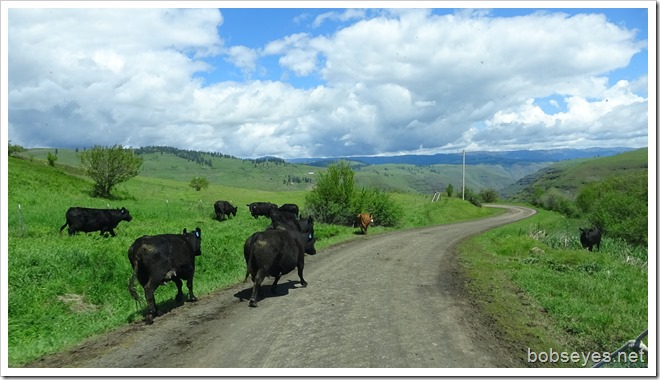 I drove on down and into the town of Troy, parked my van, grabbed my computer and walked across the old bridge to the school and library to get some internet access. 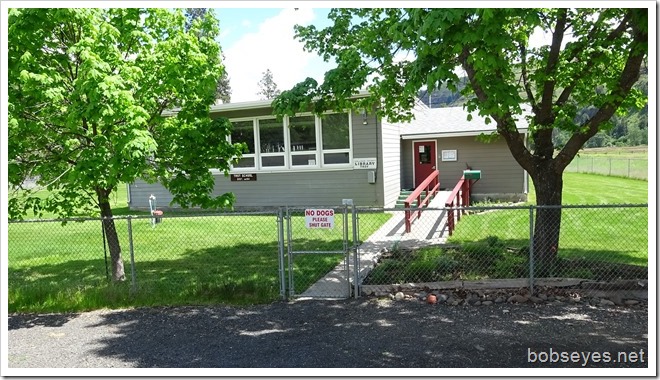 I checked for wireless access and found several, so I tried the open library one which I could connect to, but not get on the internet, so I tried the school guest one and all was good. This school even being back in the woods so to speak has real fast internet, what they call a T1. By the way, it’s Sunday and no one is around.

That was good as now I knew I could post my blog if the people didn’t have internet where I’m going.

So having accomplished that, I walked back across the old bridge that goes over the river to Troy. 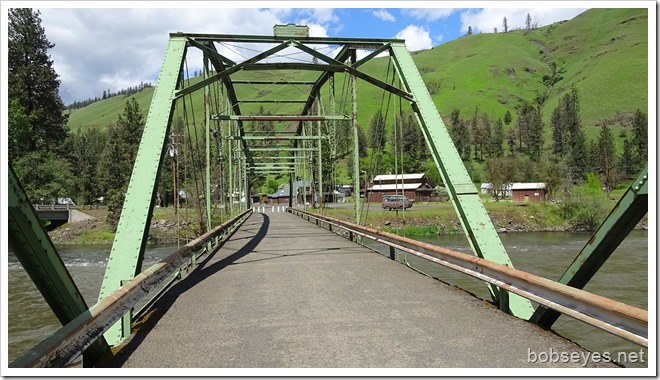 They built a new bridge down river a number of years ago and closed this one to only people so they could get to the school without driving around five miles.

When I got to the center of the bridge I looked up river and thought that thing is really flowing. It’s much faster than the river I normally do back home. They have snow melt and plenty of rain yesterday. 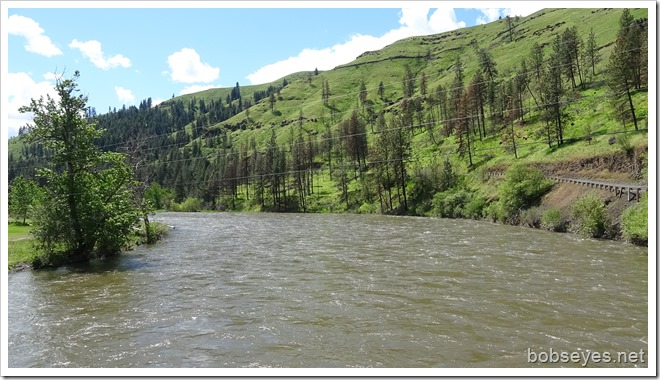 This is the main part of Troy. The Shiloh Inn store and RV park is closed and for lease or sale, so no gas in town. There’s ten or so houses in town. 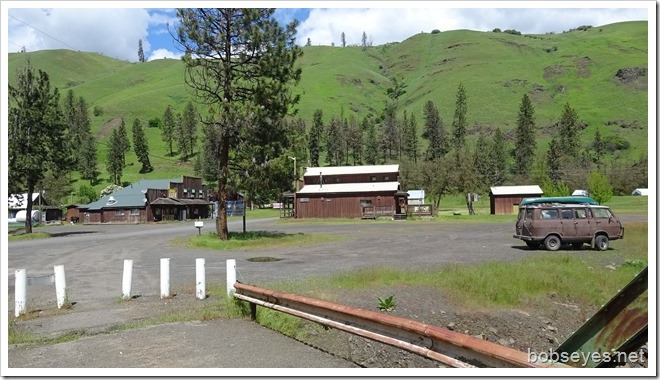 I had something to eat and left town and started the climb up the hill to the bench called Eden where I shot this picture. They had some heavy show up here which melted off a couple weeks ago. 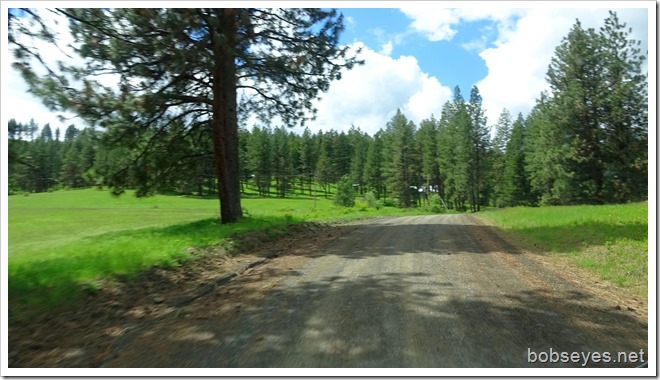 I turned into their driveway and continued on up. You can just barely see the house up on the ridge here. 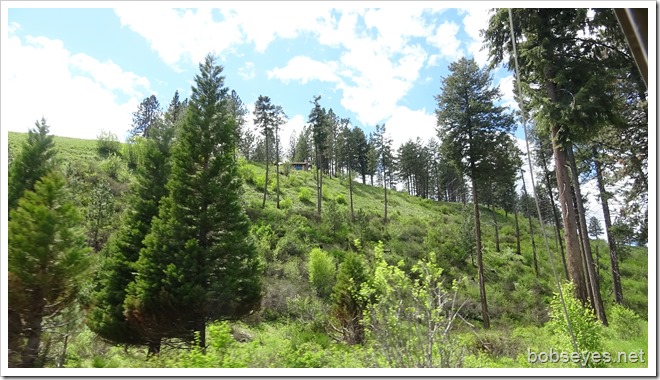 Just before getting to the house I went by all these deer that where laying down resting before I showed up, but they didn’t take off and only watched. 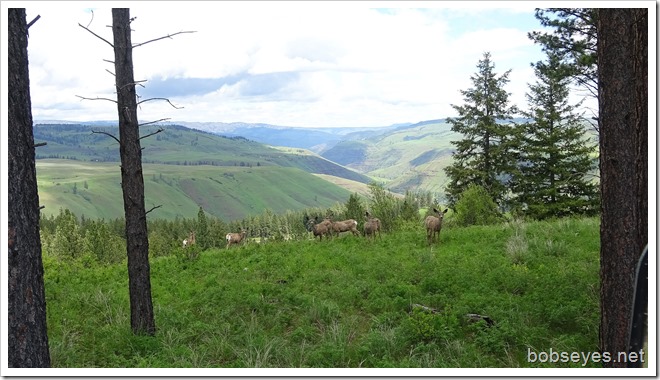 This is the place

Just past the deer and almost to their house up ahead on the Eden bench, which overlooks the river valley below. 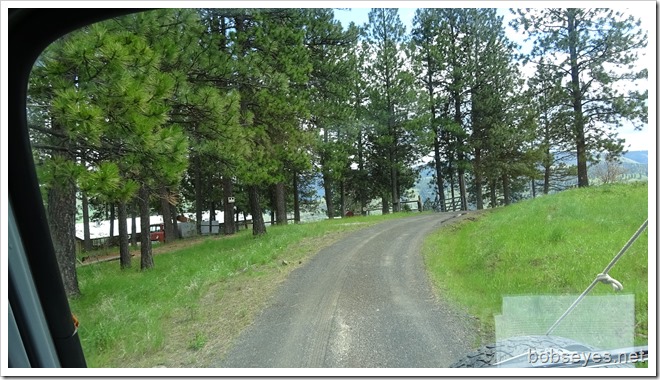 I parked and got out and was greeted by an old buddy Dan that I used to come up here with. I went inside and reunited with Sue, the Mom and her daughter Conni.

We spent the rest of the day catching up or shooting the bull and the next thing it was dark.

So, I’ll leave it here for now. The fish and game have winter feeding stations for the deer and elk close by so maybe I’ll get some good photos of some of the animals if all goes well.

Conni tells me she has metered internet access, but unlimited after midnight to eight in the morning so I’ll figure out something about posting after midnight.
But tonight I’m not sure what time zone I’m in, so I’ll post this tomorrow night likely. I can’t get the wireless signal where my van is now parked so I may have to move in closer  to make it all happen as it’s cold outside at midnight. :O)