I received an email last night from my brother asking me to harvest his asparagus as he was off on a trip and knew they had to be harvested so they’d grow more for the weekend farmer’s market when he returns. He said I could have all I  wanted to eat of the ones I harvested.

Headed to the asparagus patch

I got my cutters and some plastic bags he recommended and  took off walking through this old gate. 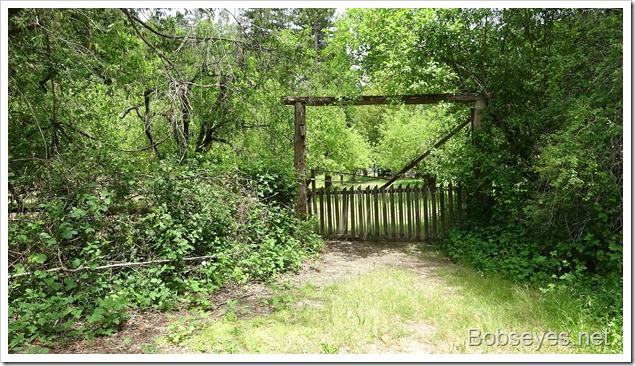 His garden is just across the bridge on  the neighbor’s place. 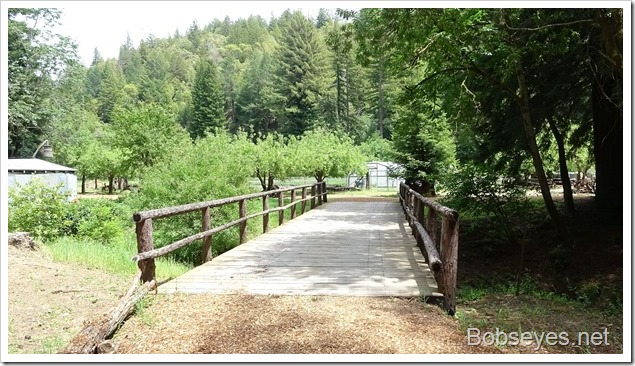 I went through his gate and had a look inside his green house just to see. It looks like he has some bean plants growing in there so far. 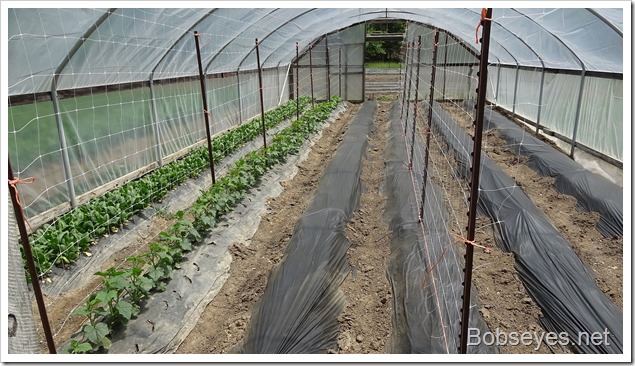 I walked across  his garden to the asparagus patch in the far end as far as you can see. Those are potatoes there in the foreground. 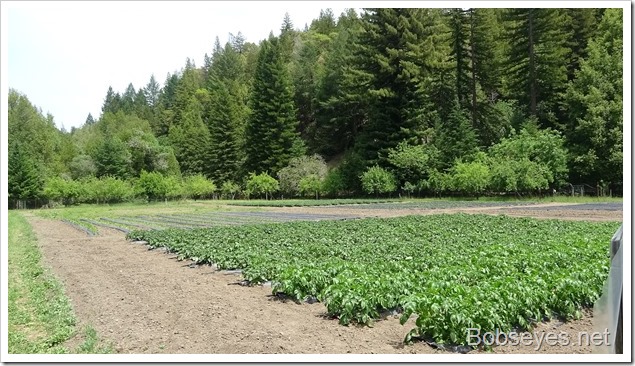 The asparagus patch is just on the other side of these potato plants. He plants a lot of potatoes. 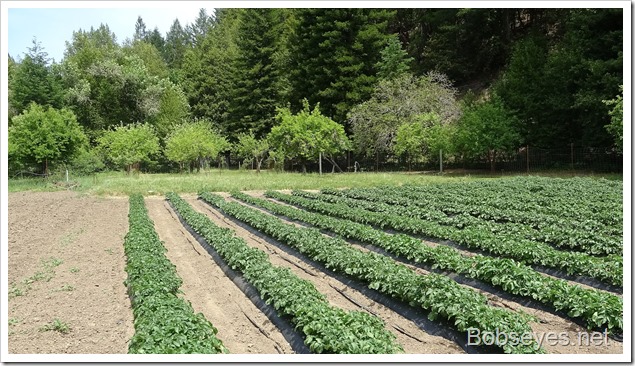 How to do this?

I studied the situation and decided the plastic bags weren’t going to do and would be a pain in the ass to load them up., partly because there were so many asparagus to harvest. 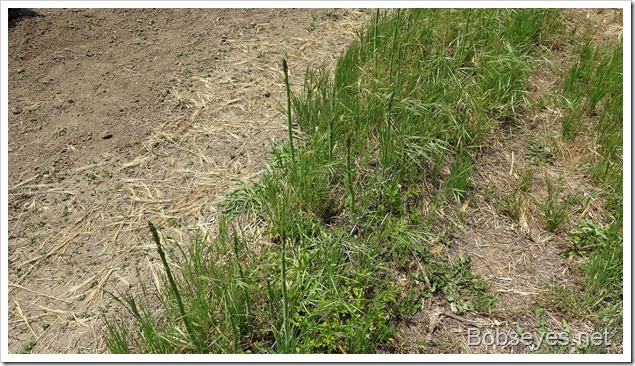 I cut the asparagus and made piles of them to start with just to get started. 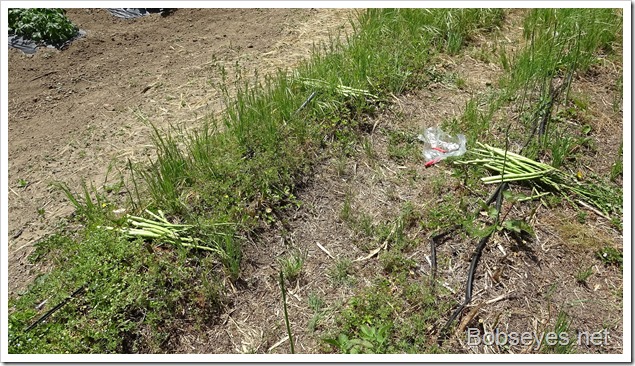 And a big pile

Then I moved the small piles to here to figure out how I was going to transport them back to his place.  I had this green shopping bag with me and thought maybe I could get them all in it and use that to  move them to  his place. I was pretty sure I could get them into that bag, but not positive. 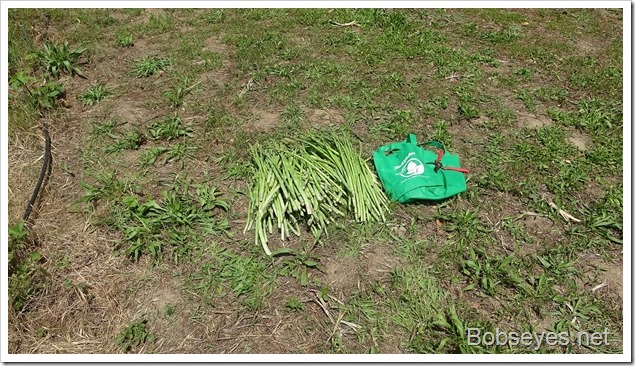 I got them all in that bag but now I had to get them back to his place about a quarter mile away. 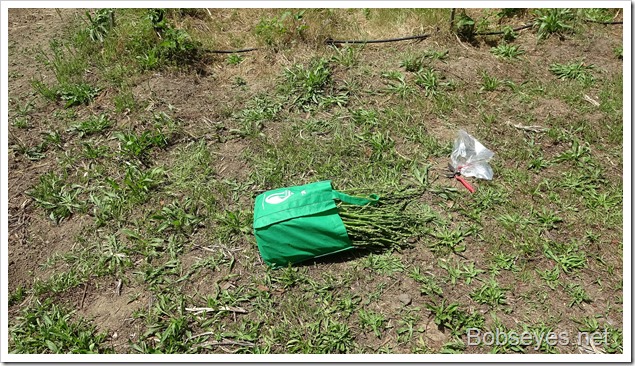 I decided to try to pack them so I took off back through the garden. 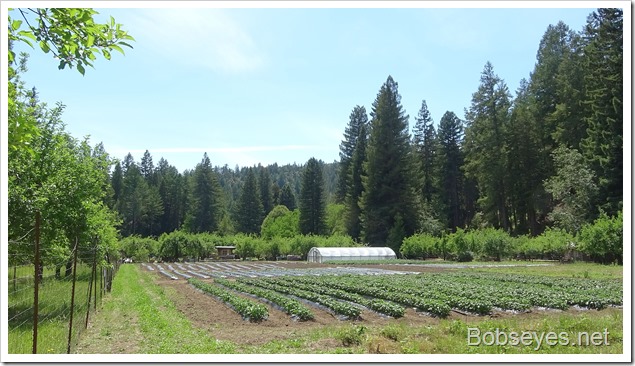 I made it to just outside his garden fence and put the bag down and rested on the neighbor’s nice bench for a bit. 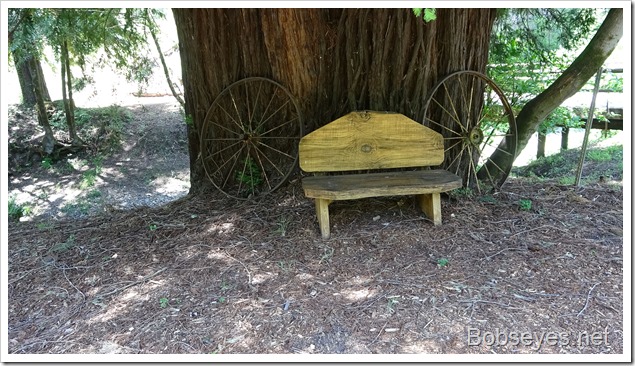 I forgot the asparagus. Tom’s helper Steve was working on cleaning eggs at Tom’s place so I borrowed his golf cart and got the eggs which turned out easier anyway.

Here’s the haul. I took out what’s in the plastic bag for  me that should last several meals or so and then  found a box to put the rest of them in. Steve’s cleaning those eggs up for he market. 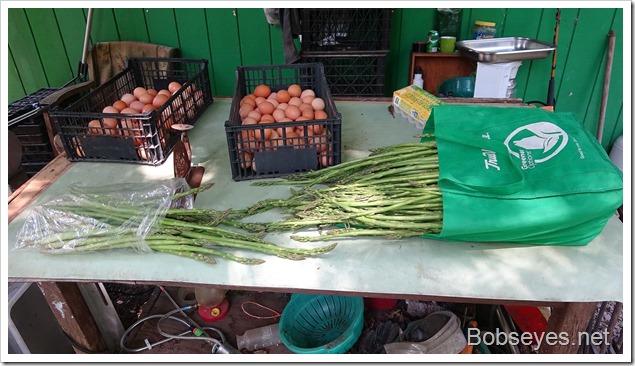 Kitty Kat came by to watch. 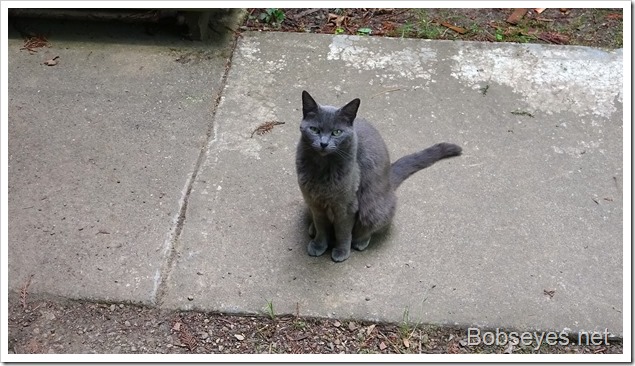 I put these asparagus in his walk in cooler. 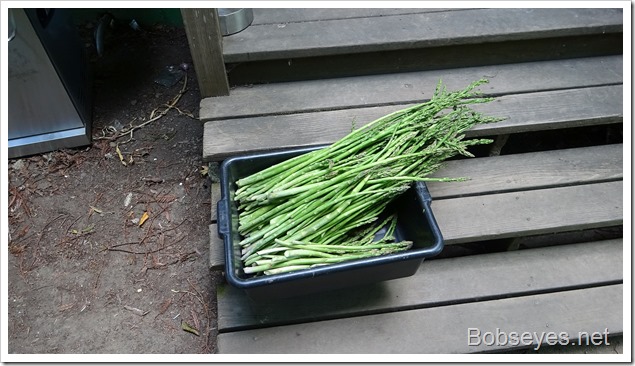 I wasn’t sure my back was going to make that and it was a bit sore so I had a nap and did some chair hopping around the yard.

Then I spent a good deal of time learning about repairing drones on YouTube. It doesn’t look too difficult for my skills.

The sun was about to go down. 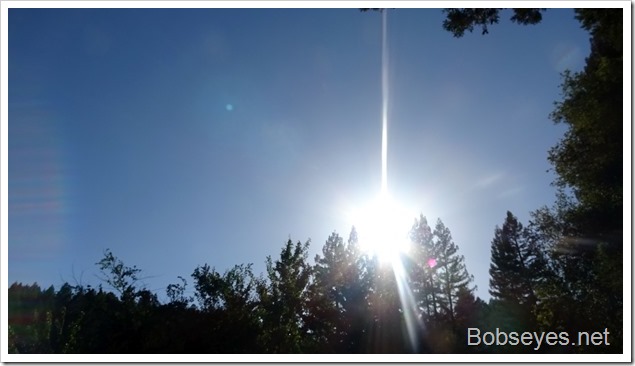