To be honest I’m getting sick of this lockdown stuff. I can’t go kayaking on the river because they ticket your car if you do. You can go to the city and shop but you can’t go out in the woods or the  river at anywhere public which should be a lot safer than any store. But it’s what it is.

Better than a park

Fortunately for me our family property is as good or better than any park.

While taking with the hermit the other day he told me about running out of water and having to climb up a steep hill to get to his water tanks. He’s pushing 90 so doesn’t move so good anymore.

After loosing his walking stick he said he had a heck of a time getting back down without killing himself.

Soooooooooooooooooo, I thought I better repair the old trail up to our water pipe valve system. I hopped on the quad runner and rode it up to just above our water tanks where the trail needed some work. 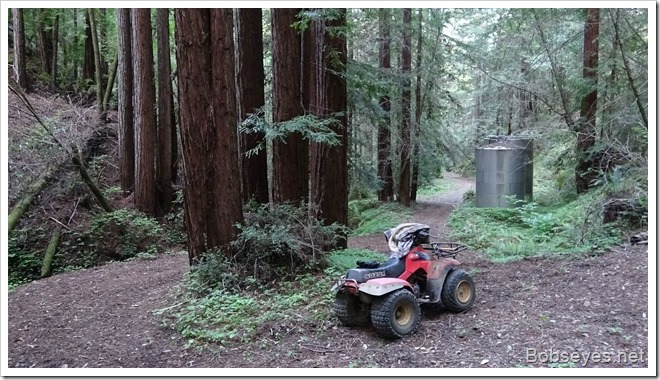 The pipe line valve system is up there a short distance. 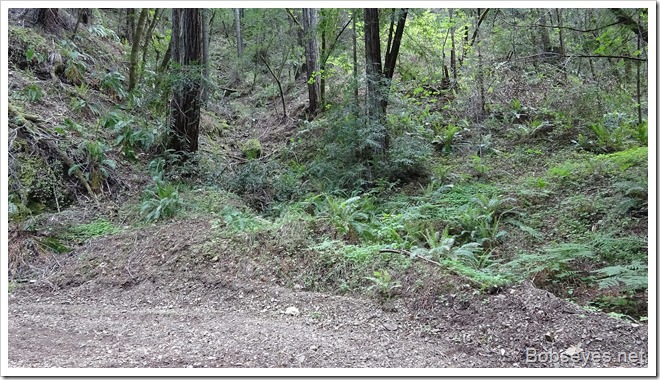 I worked three hours on the old trail and got it in pretty good shape. It’s on the right there. 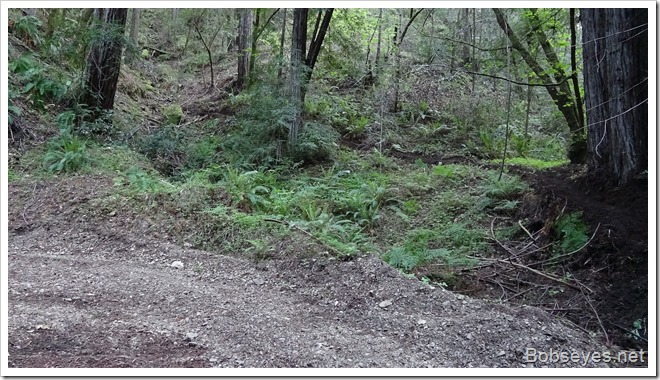 It was 6 when I got done. I rode on down to my brother’s garden, one of them.

It looks like he is putting some lime on his soil. I think he’s about ready to plant a whole bunch of potatoes. 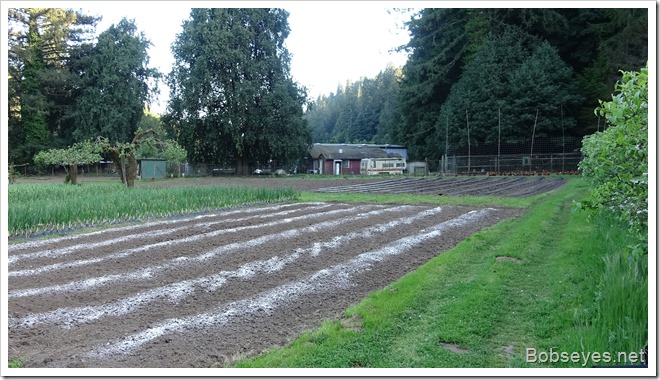 I walked down through here. 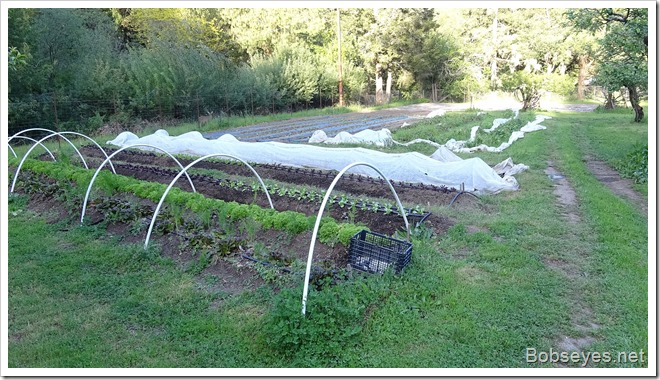 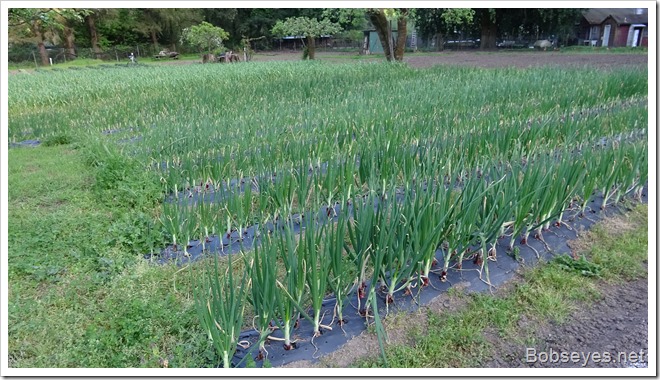 And over to here . I’m headed to the strawberries on the right there. 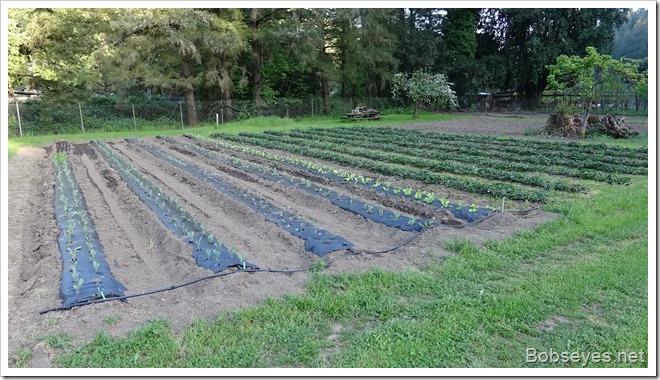 The sun was just ready to go behind the mountain, headed over to Japan. 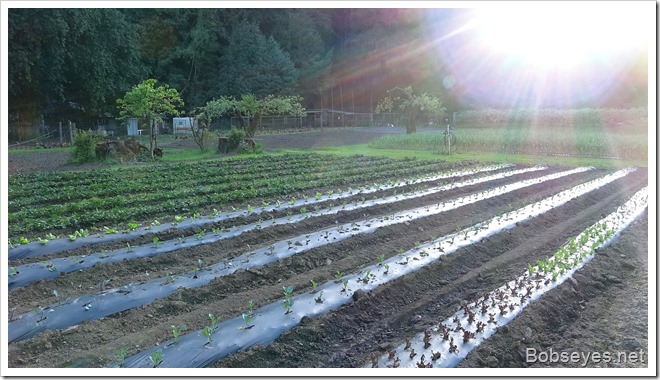 Back to the berry patch. 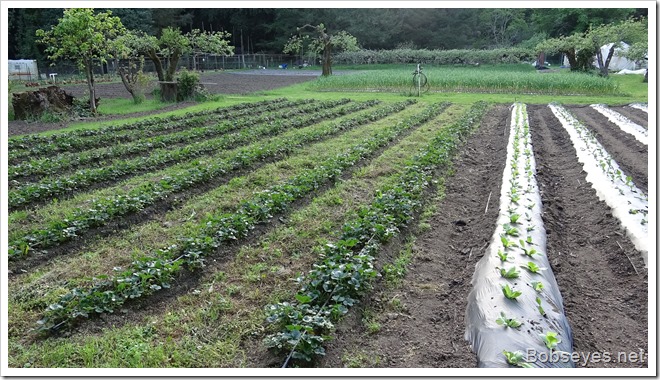 I found a few just getting ripe and ate a couple of them. I left this one for my brother and a couple others. A good day of sun should really get them going. Yummy. 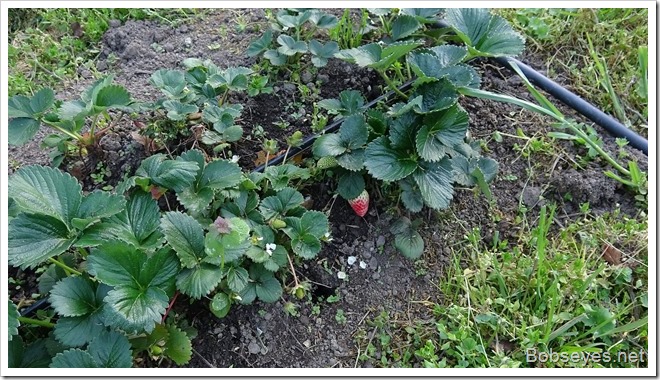 There’s his chickens over there. He has a few more than I do around a couple hundred I think. 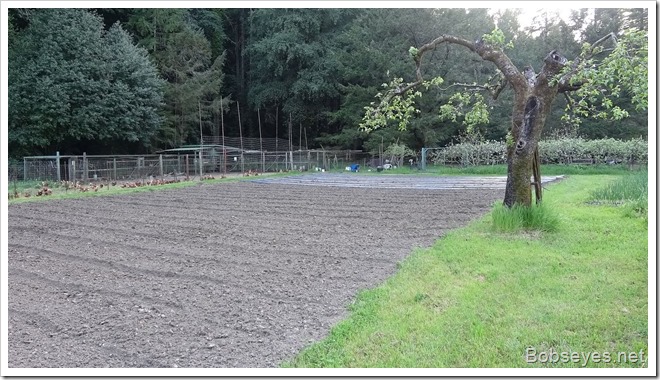 One last look and I was out the gate. 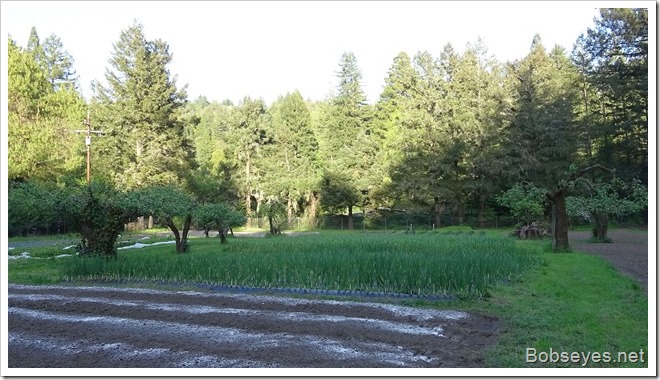 Just as I was mounting my quad runner my brother drove up in his golf cart and asked what I found. I told him I found a couple strawberries but left him some. He said I shouldn’t eat his berries with a smile.

I said it’s the cost of his water. He’s fortunate and so are his customers that he waters with real spring water fresh out of the hills. We chatted for a bit then I went on home.

When I got home the chickens were begging to get out to graze and it was about time for me to let them out. 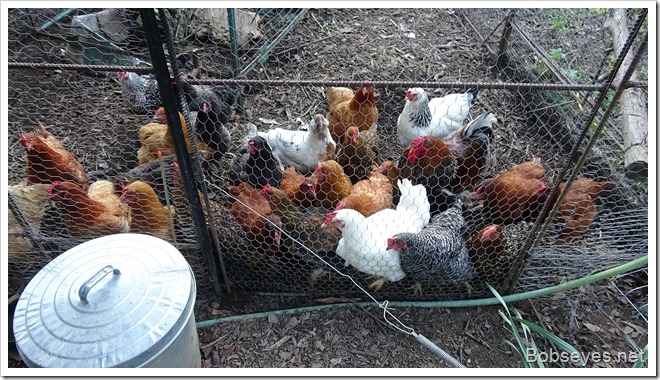 It must be nice to get out to graze after being locked up all day. My chickens have it pretty good. 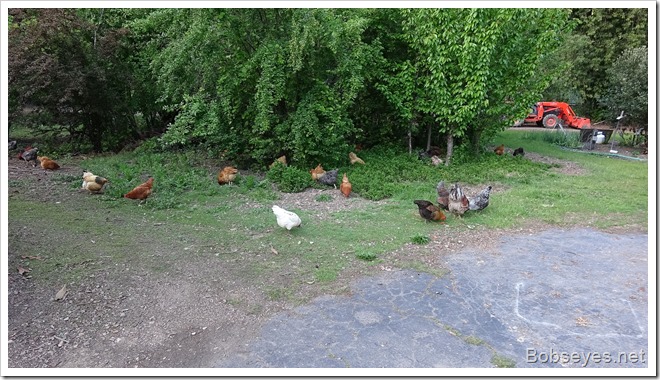 After all my hard work today I was thinking some pancakes would be good so I went on in and made some and they were good.

2 Responses to Armstrong Valley Farm and Some Trail Work