I got an email this morning from what I thought was my credit union that said some stuff had changed on my account and I needed to verify it.

First mistake was I didn’t check the return email address to see if it was legit.

Second mistake I made was to use the button in the email to go to my account.

OH, OH. I really messed up and I know better.

I called the credit union but like always I had to wait my turn. While I was waiting I put my card on lock and I should have changed my password at this time, but I didn’t. I still had all my money in the account.

Finally the lady came on the phone and she lead me through what to do. I should of changed my password immediately, so we did that. She had me cancel my card and issued me a new one in the mail.

Wouldn’t it be a bitch to find out you just lost most of your money? UGH.

As it turns out the credit union has other things in place to avoid that, like my card does not work outside California, unless I set that up before  I need to use it and they don’t transfer money outside the U S . And they likely have more in place that I don’t know about.

Anyway, that really got my adrenaline going for a couple hours.

The rest of the day

I let the chickens out to graze in the front yard which they always like. 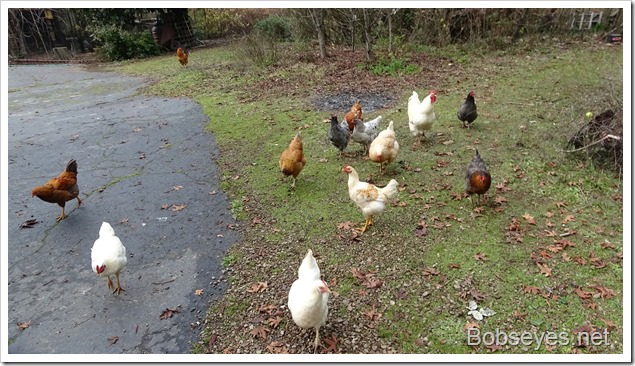 It frosted last night so I checked my citrus trees. It had two fruits on it, but now there is only one. The other is on the round there, on the left. The trees were ok though. No frost tonight. I guess I should of tried to protect the trees. Oh well. 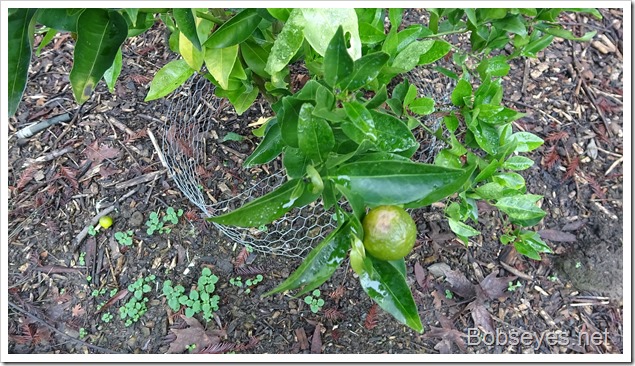 Then I spotted these avocados that were eaten a bit. Squirrels? 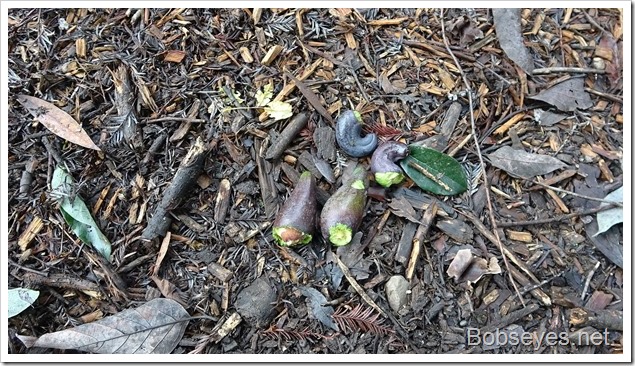 I went back in the house to check out the camera to see if I could see if any squirrels came by and got up into the tree. I thought, maybe the frost had knocked the avocados onto the ground and they got eaten there, but that wasn’t the case.

I can see the little squirrel there by the tree trunk figuring out it couldn’t get up the tree there. It’s hard to see. It’s thinking about how to get up into the tree and it didn’t take long and it found it’s way up there. 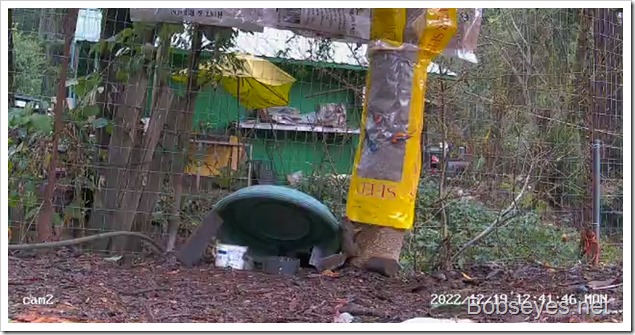 It was up there for about a half hour then it came back and jumped from the tree and onto the plastic bags, which is where it is in this picture. It was only on the sack for an intent as it would slide off and that’s what it did. Slid off to the wooden posts just below.

The squirrel is on top of the sack on the fence, Can you spot it? 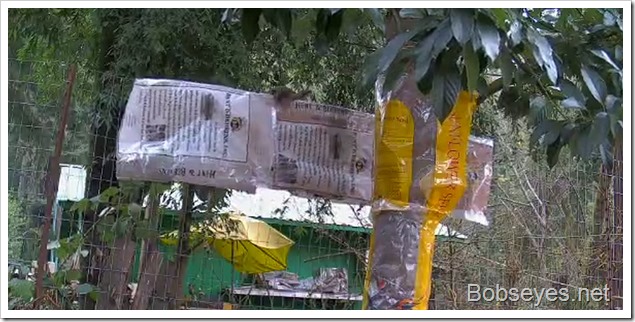 Here you can see the wooden posts it jumped from to the top of the sacks and up onto the tree.. So I thought about that. 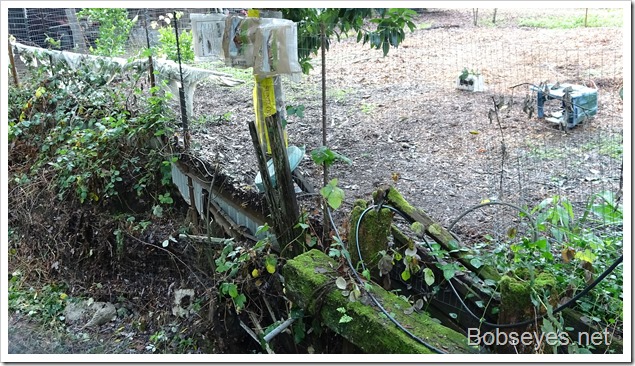 I got some more plastic bags out and put one of them over the wooden posts it jumped from and added a couple more to the top of the wire fence. 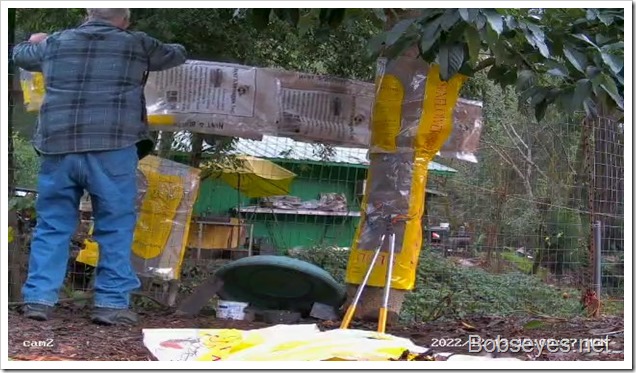 I don’t really think I can stop the squirrels from getting on up that tree as there are other ways such as those low hanging branches. But this at least gives me something to watch to see what the squirrels do. Entertainment, the trade off for losing the fruit. :O) 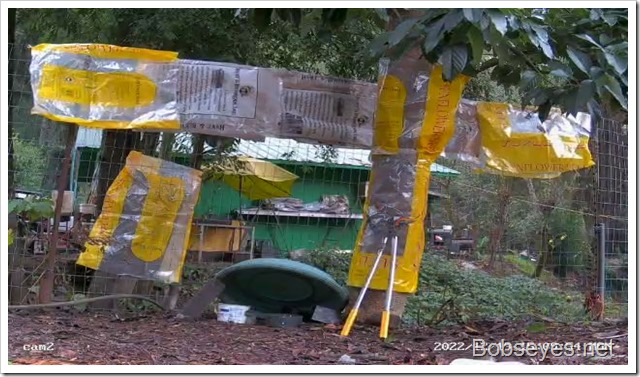 I needed to improve the bait station so the chickens couldn’t get into it so I needed to make something better that would also keep any rain out of the bait and also not scare the rats too much.

The design and building it

This is what I came up with after doing some chair hopping, thinking about it.

I found some wire with small  enough holes in it so the chickens long necks couldn’t get through it and cut enough to make a circle that would fit in that green thingy. 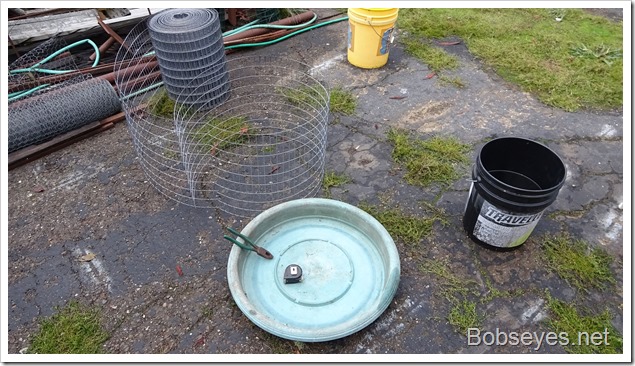 I cut a bigger hole in one spot at the bottom of the wire so the rats could get in easier and not look like it might be some kind of trap to them and put the lid on. 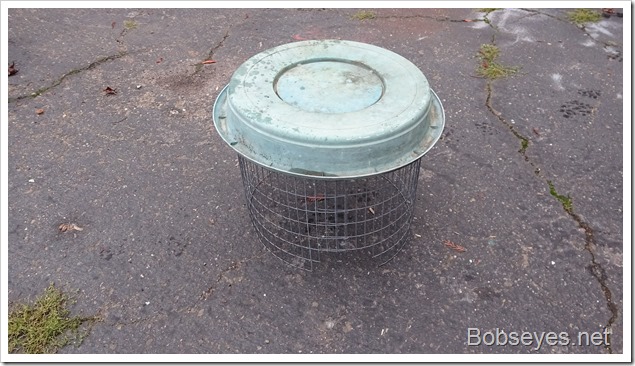 She came by and was telling me she wanted in the house to get something to eat, so I let her in. I take care of her when the neighbors go on trips, so I have a feed dish for her. 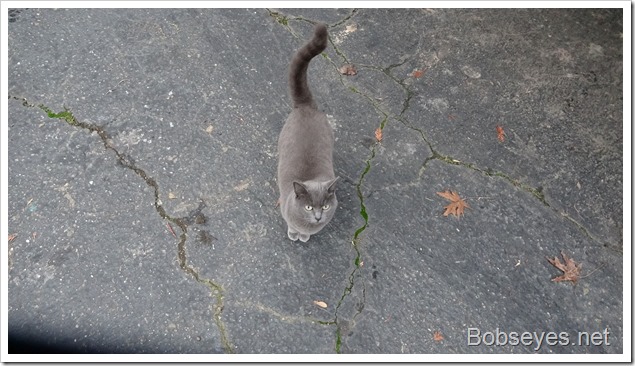 I set up the bait station. The green stuff is the bait and the other stuff is some oats to bait them. I put some green bait on the ground as they like to eat that first for some reason, rather than out of the dishes. 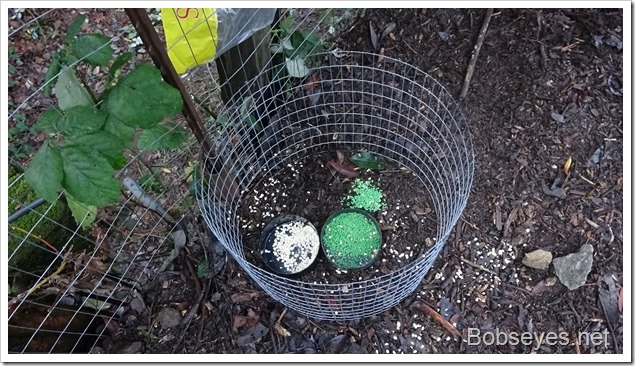 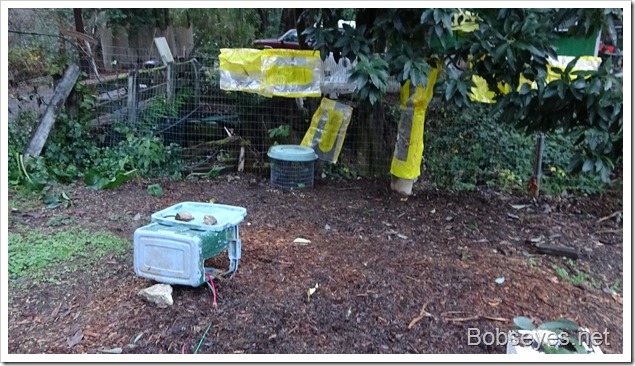 Tis is what the camera in the box sees. 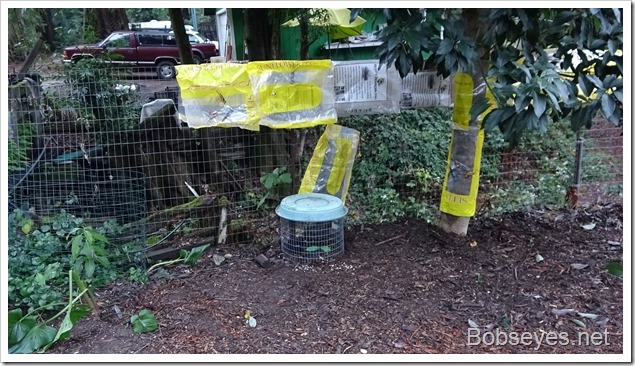 The new system seems to be working as there are two rats in there eating the bait off the ground. 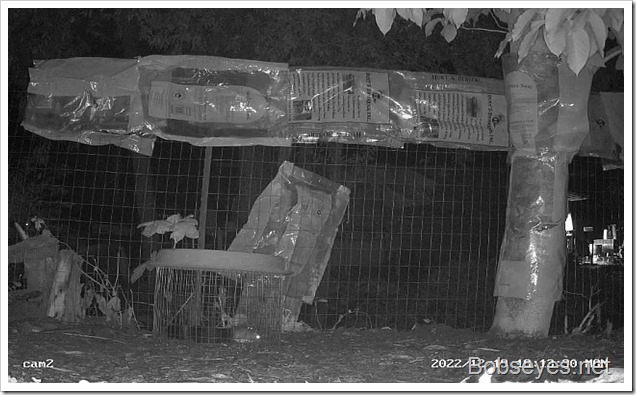 Despite the set backs. Everything turned out good today.