Afternoon Paddle At Monte Rio Before It Rains

A paddle before it rains

There was supposed to be some rain coming in this evening and on and off for the rest of the  week so I figured I better get on down to the river before it all started so off I went around two this afternoon.

Here’s looking up river from just after I put in at the boat ramp. Only a couple guys fishing on the shore there. 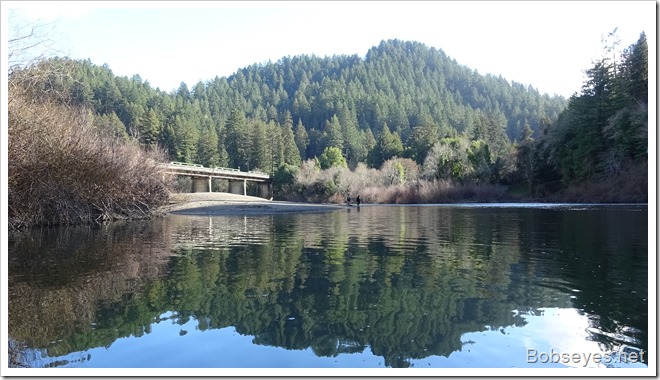 I was headed down stream so I turned and ran into this great blue heron. I bet I’ve taken hundreds of pictures of this bird over the years. 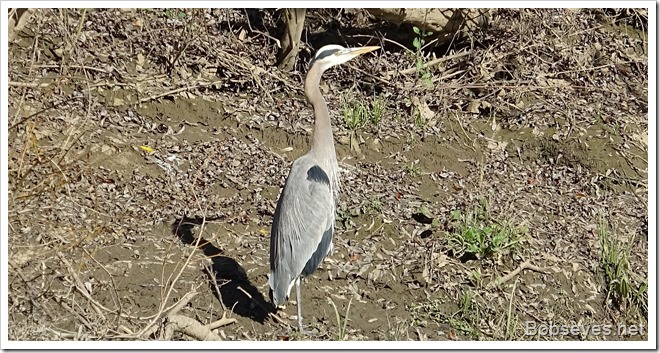 I headed on down to the slot and talked with these guys for a bit. They didn’t have any fish to show for their effort but it was a nice day. 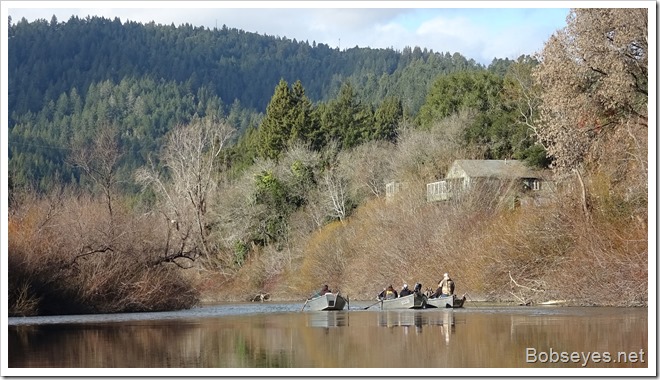 We shot the bull for a bit. 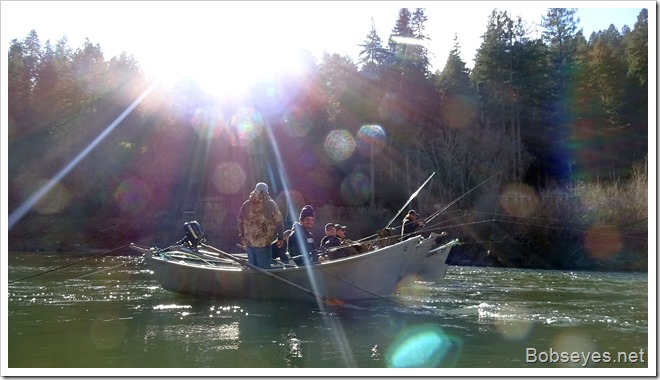 I continued on down the river as the sun was going behind that hill on the left. It makes real nice reflections when it does that. 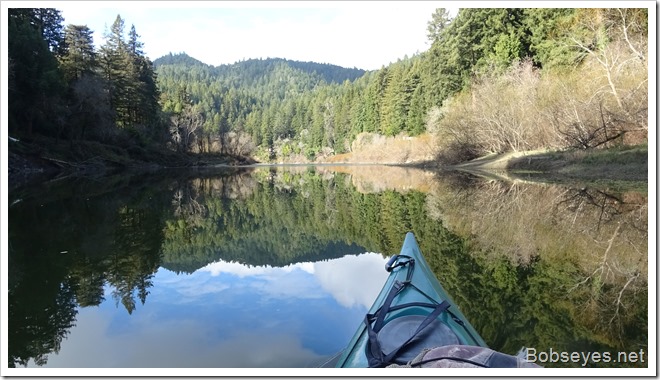 I only went about a mile down the river to this hole, called Villa Grande Pool on the old maps. 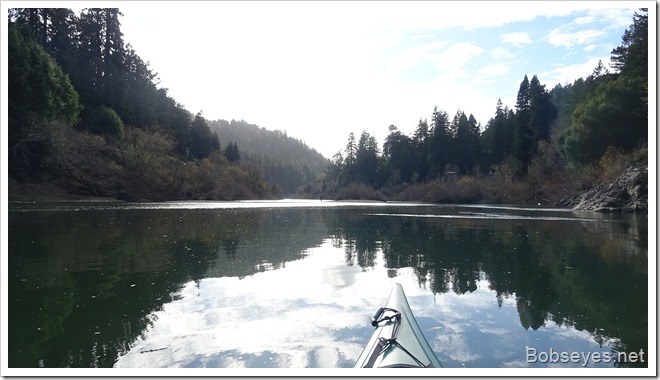 I could see this one guy fishing below the pool but wasn’t sure who it was so stayed back a ways. It looked a little like Johnny but I didn’t expect to see him fishing down this way so I didn’t think it was him, but I was wrong. 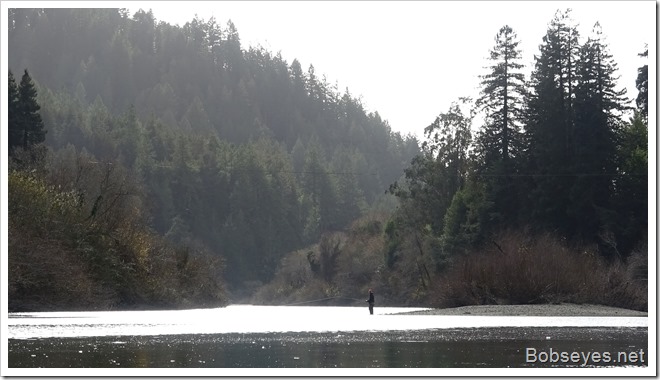 I pulled into this spot at the Villa Pool and took it easy and watched for a bit. 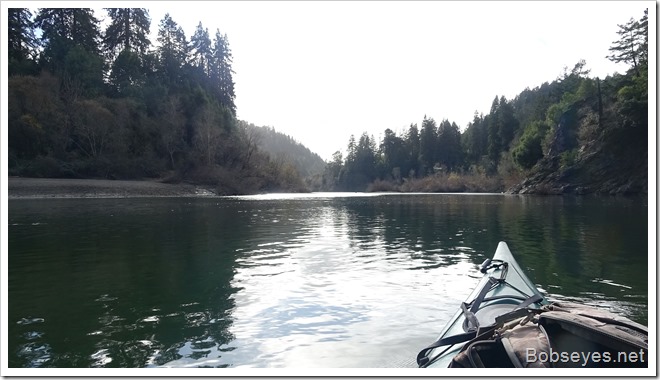 As I was sitting there I thought I heard someone say Bob, but wasn’t sure as bob on the river sounds like a lot of things so I waited and looked and sure enough I heard it again from the fisherman guy I think, but still wasn’t sure as he was a ways away from me.

Anyway I started to paddle that way and eventually recognized Johnny, one of the better fisher guys on the river. 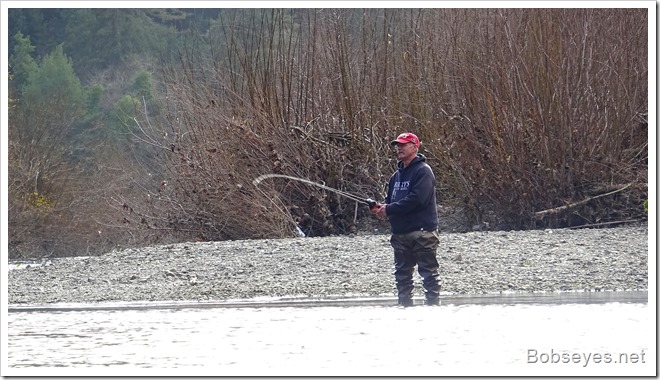 He stopped fishing for a bit and came over and we shot the bull some.

Shorty another guy came down, Andrew a guy that lives here and fishes a lot.

The competition was too much and Johnny said he had to fish. There they go. They don’t really know each other but they are both loner type fishermen which means they’ll be talking their heads off at each other. :O) 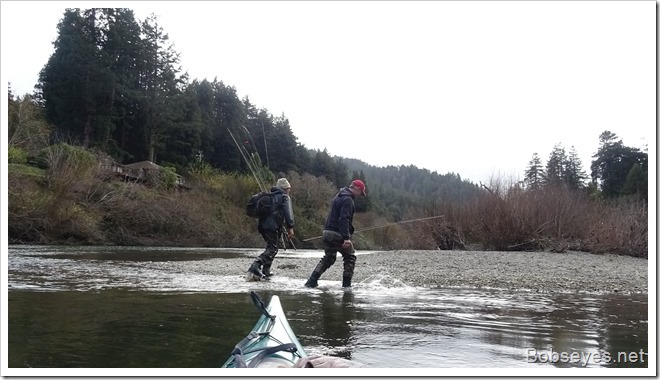 They fished and talked

I left them at it fishing and shooting the bull and I  headed up the river slowly taking  my time. 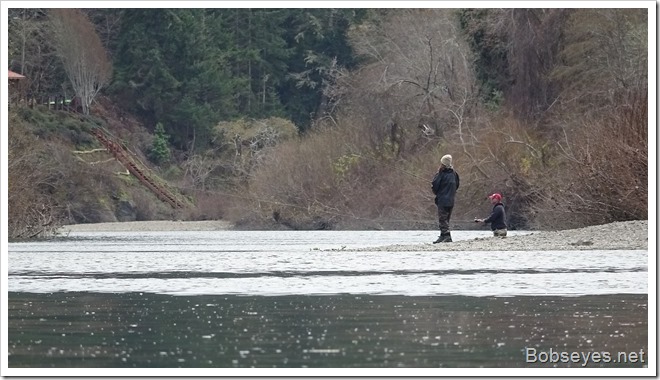 I stopped in this spot for a bit. 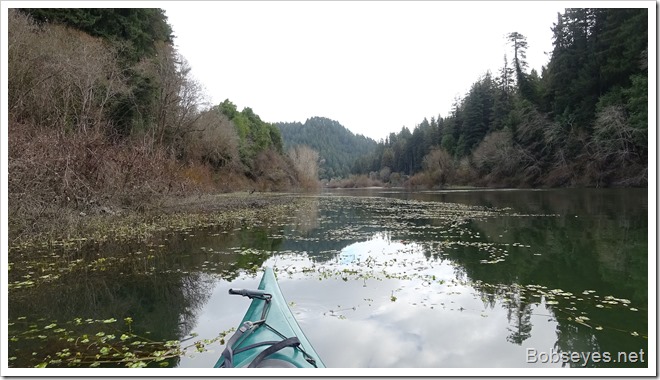 And this spot where the ducks came over for a visit. 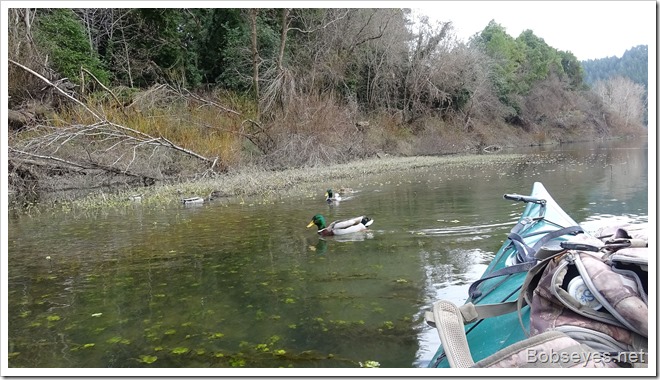 And I stopped at the slot again to see what was going on. Not much, a slow fishing day. 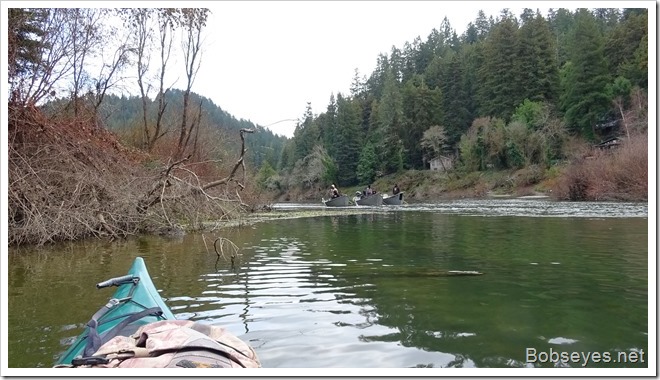 It was feeling like it was going to rain any minute as I paddled up to talk with Bill there on the shoreline. Him and his dog fish  here most days so he’s full of information. Eventually he rattles on about stuff he’s already told you about more than once which is  my queue to head to the boat ramp and pull out for the day. It started to drizzle lightly before I got my boat out so I was leaving at a good time. 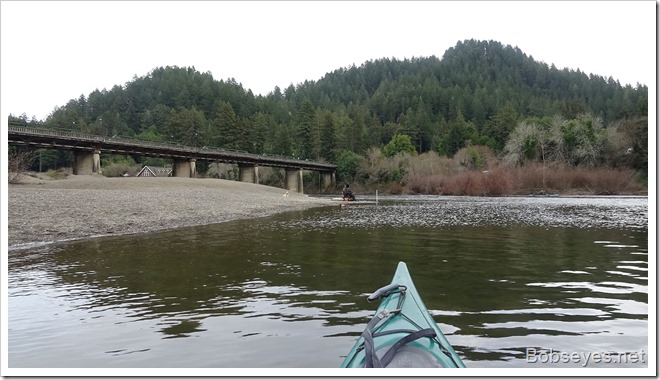 It was still drizzling as I pulled into my driveway and almost dark so I went on in for the day and that was my day.

Another nice day paddling on the river.