Need to get the boat in the water for a paddle

I hadn’t had my boat in the water in some time now so I went on down to Jenner to kayak for the day. The fog was waffling around as I crossed the river to Penny Island.

One nice thing about going on a trip is it makes me really appreciate what I’ve got here at home. Nothing compares. Nice. :O)

I looked down towards the river’s mouth here and it was fairly foggy. 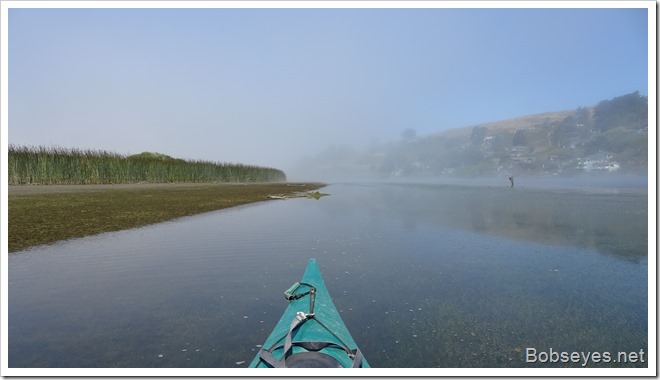 So I turned and had a look up river and it looked a bit better so I headed up river. 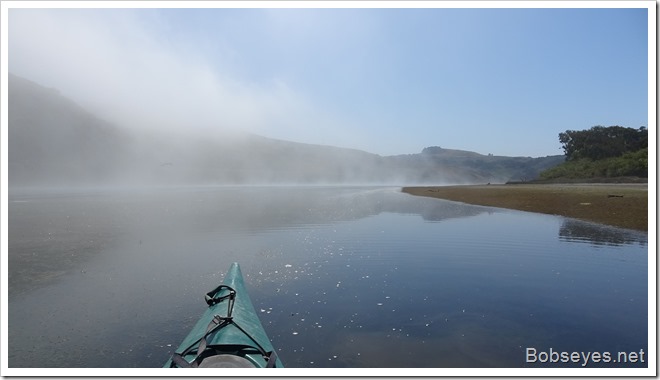 I came across these pelicans right away just above Penny Island. They appeared to be fishing away. There were both brown and white ones. 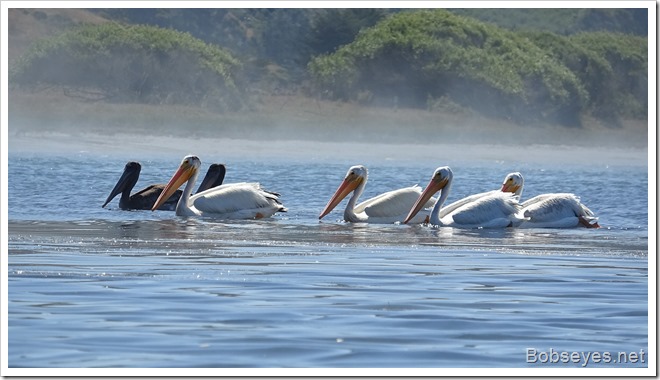 Here you can see the brown ones diving for fish by the white pelicans. 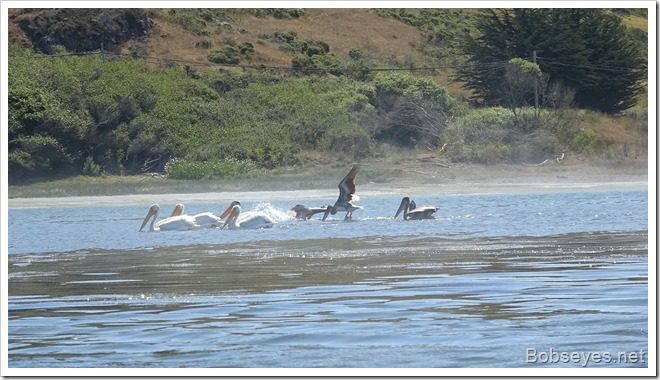 The pelicans were flying around looking for fish to dive on. 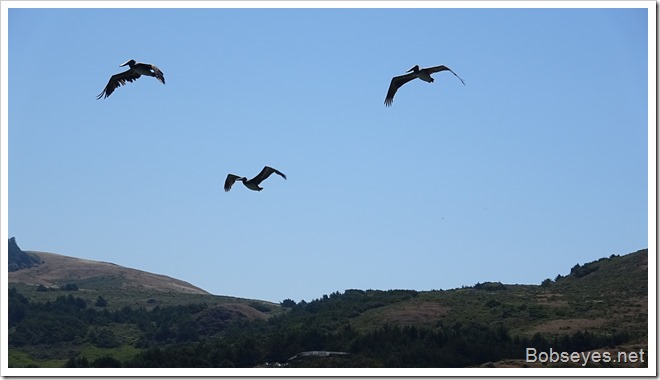 I paddled on up the river about three quarters of a mile and sat here at Muskrat for a bit. 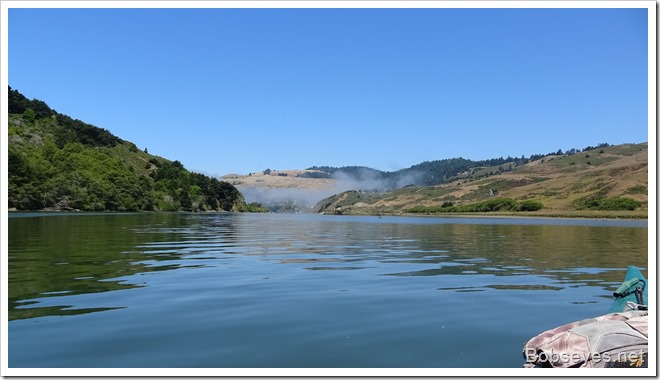 Then I crossed over to Paddy’s rock and went by this pelican that was preening. 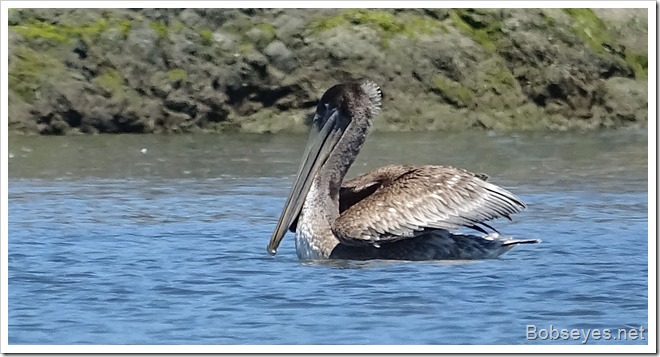 This one flew by fairly close. 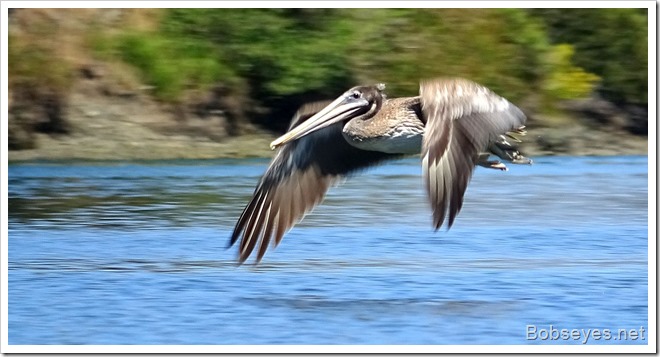 I paddled down along the north shoreline looking for birds and went by these merganser ducks resting on the shore. 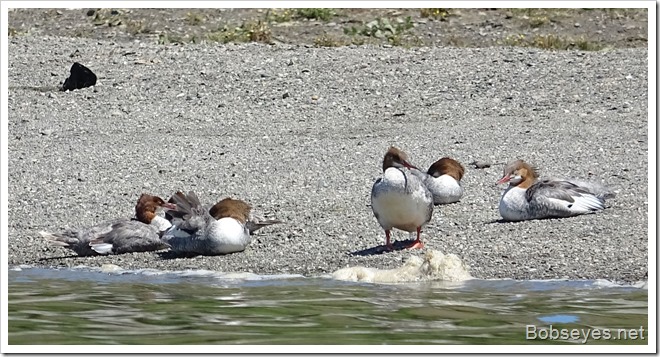 Paddled on down to the river’s open mouth area

I headed on down the river headed for the river’s open mouth area down there. 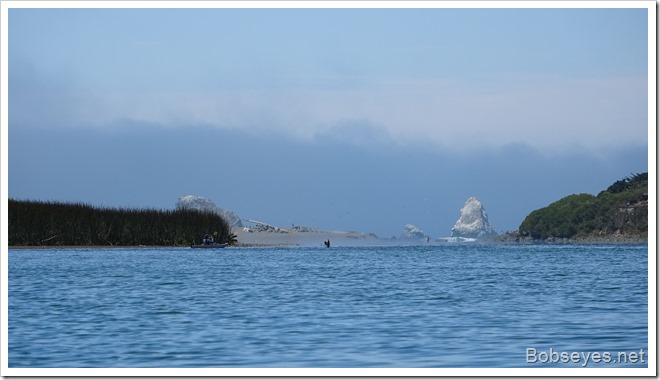 I could see the mouth was open and there were a lot of birds resting on the sand, just up ahead. 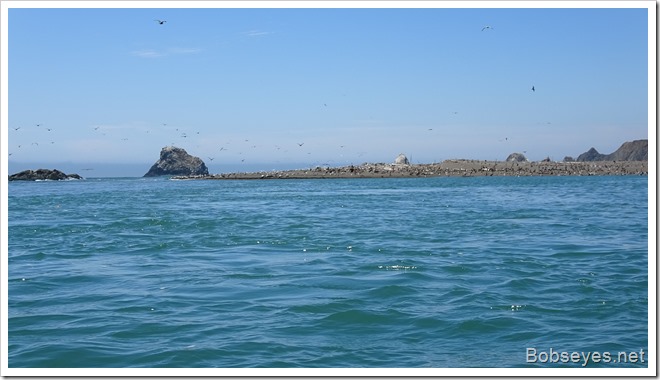 Some harbor seals were resting there with all the birds. 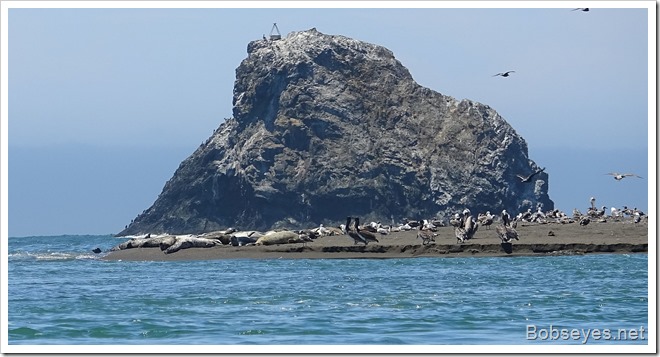 I paddled to the end of the river and looked back towards the mouth area. Sure a bunch of birds down here today. 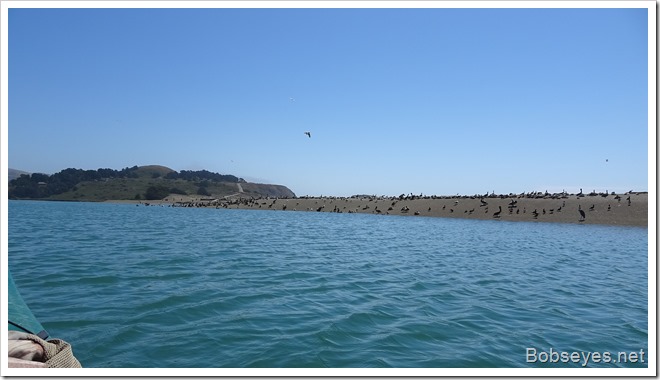 From there I  headed back to the boat ramp and went on home for the day.

Ate blueberries and let the chicks in

After a nap I went outside to see what needs done. But first I ate some blueberries and then let the chickens into the blueberry enclosure to feed on insects and what ever they can find. They really seem to like it in there. 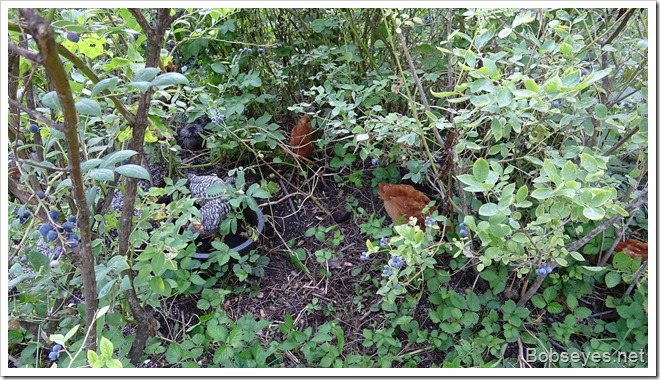 After that I needed to improve the easy to make chicken feeder I made before I went on the trip.

The chickens were spilling too much food and not cleaning up what they spilled.

So I made another tray pan instead of two and a half inches high I made it about six inches high which looked like this. 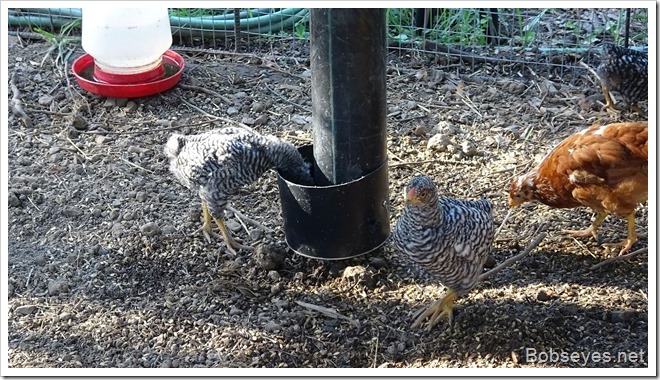 That was a little too high and the chickens were having a hard time using it so I trimmed it off a bit to look like this and that was much better. 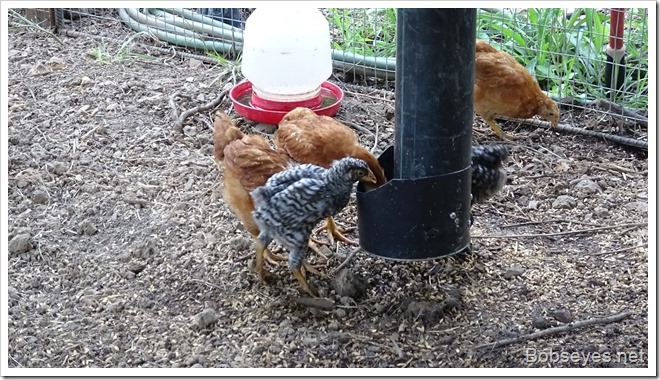 This new higher tray seems to be working good as they aren’t kicking out much of the feed now. You can see all the seed on the ground from what they were kicking out before. 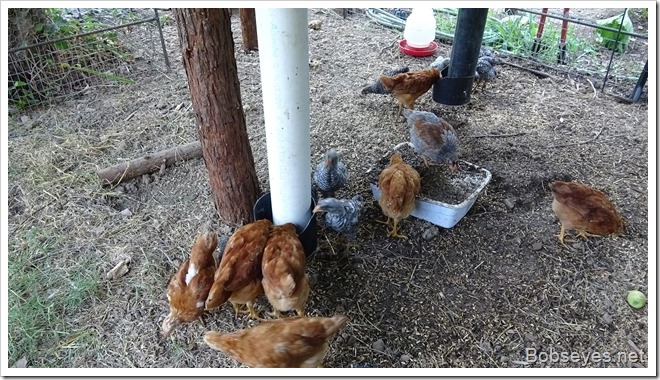 I need to limit their food just a little to get them to clean up the spilled seed. I scooped a bunch of the spilled seed along with rocks and dirt into the white container and filled it with water to soak the seed a bit to make it more appetizing for them which seemed to help as they were eating it.