A Visit, Four Wheeling Up Into the Hills, Rocks and a Bit of Computering

My friend Marty showed up this morning so we went out and sat in the peeps pen and shot the bull for a bit. He’s been having a strange problem with his van that we haven’t been able to figure out and he was giving it a test drive on the way over. The problem persists and so far we don’t have a solution for it but we did give it a good discussion.

Lil Red took to Marty right away and wanted up so Marty picked it up. 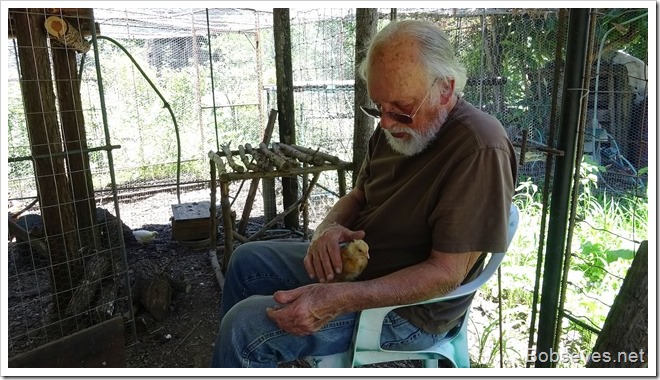 They got along fine. 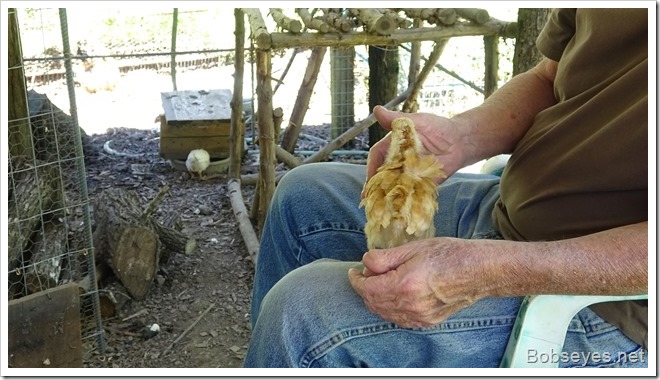 Berries are getting ripe

Eventually we went over to the raspberries and blueberries and ate a few. 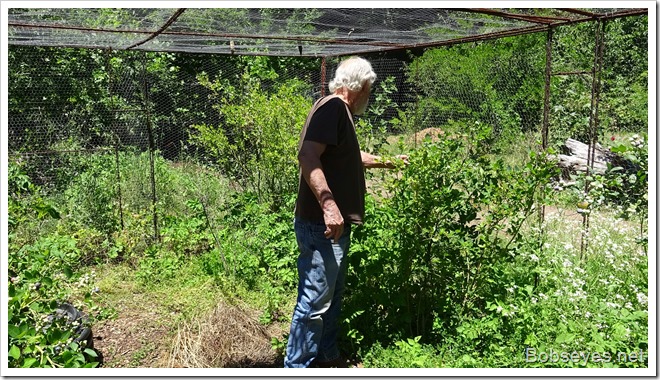 We hop in the rig for a ride

I asked Marty if he thought his back was in good enough shape for a ride up the hill to lookout point and we could pick up some rocks for a creek crossing I’m repairing. He thought he was ok for it but he’d supervise the rock picking up.

So I fired up the rig and we headed up the hill going through here. 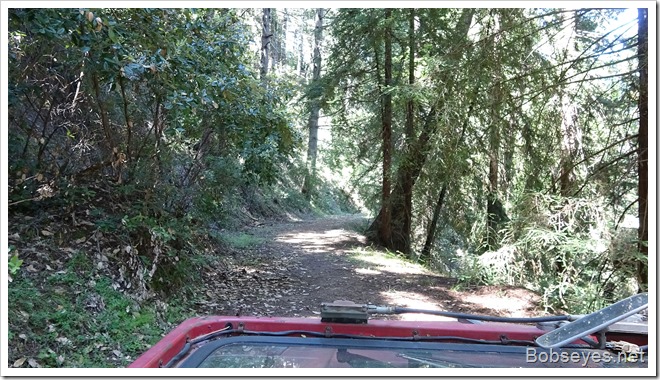 We took the shortest way up which was a bit brushy and made it to the lookout point. Marty’s just getting out to have a look at the view. 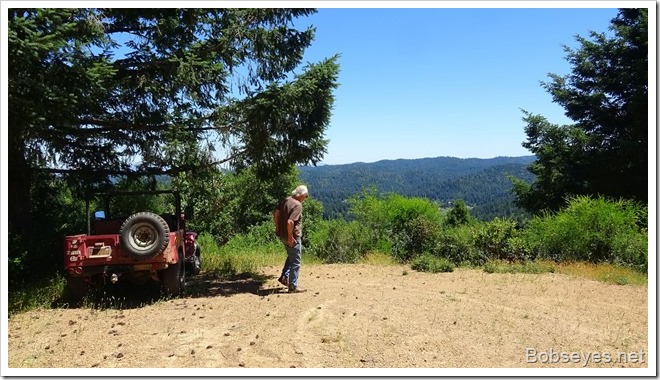 Here’s the view of the town of Guerneville from this spot. A little town in a forest with a river running by it. 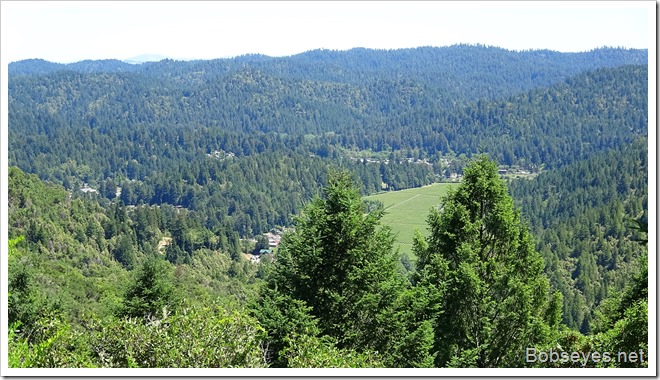 I’d parked the rig in the shade so we sat for a bit and shot the bull some more. 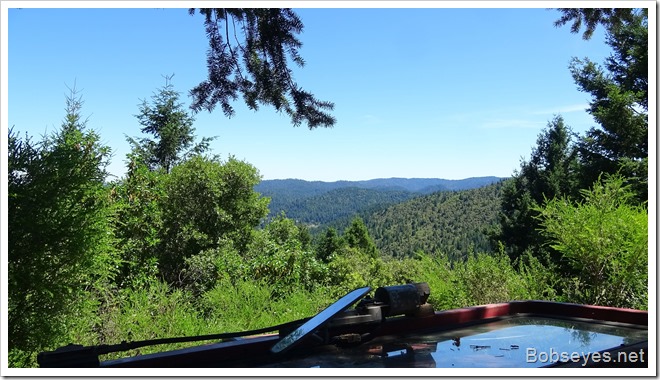 After that I headed over to a spot I wanted to pick up some rocks off the road. We didn’t get very far when we ran into a dirt slide and had to turn around and go another way.

We drove through these fox gloves on the way. 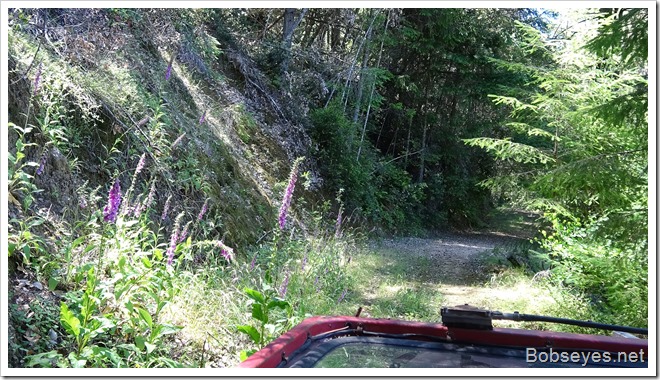 We stopped at several places along the road and I put rocks in the back of the rig while Marty supervised. It wasn’t long before we had a load of rocks so I headed down to where they were needed in a creek crossing.

Repairing this crossing with rocks

I unloaded the rocks while Marty did the supervising. Lucky for him he approved. :O) The crossing can still use a few more loads of rock but it is already greatly improved. 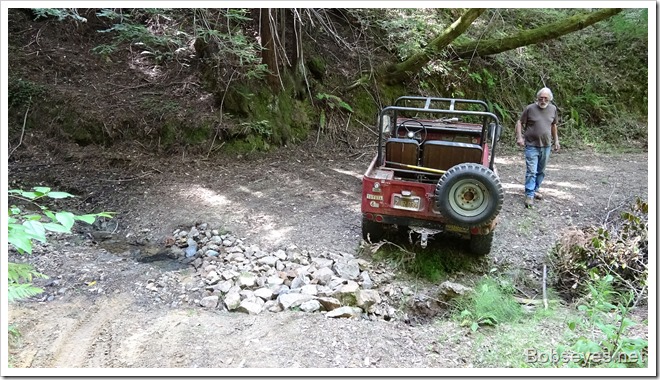 From there we headed on down the hill and back to my house.

Marty had a computer question about using a laptop as a hot spot to connect to one of my little camera’s so we spent a bit of time checking things out on the computer on how to do it, then Marty took off of home.

That was my queue for a nap.

After that I spent some time puttering around in the yard and not really accomplishing anything except enjoying the day.

And that was pretty much my day for a nice one.

1 Response to A Visit, Four Wheeling Up Into the Hills, Rocks and a Bit of Computering