A too early start to the day

It was still early this morning when I heard a car pull into the driveway. I pulled on a coat to see who it was. It was Ken, too early for me so I told him to go for a walk in the park and I’d try to get it going. He took off for the park just up the road.

Try to mostly eat in the morning

So I got up and ate a big meal to get it over with for the day as if I eat late things itch and I sleep less.

Ken returned and we sat outside and shot the bull. He had his computer in his car and it wasn’t working so we discussed that for awhile on how to get it going again.

Not sure if we solved anything on his computer but he took off and I went back in for a couple hour nap as with the corn stuff I wasn’t sleeping real good lately. Nothing to do about it but just get some sleep when I can so some times my day doesn’t start too early. :O)

Anyway after the nap I got my saw out and cut some wood to do some work on the chicken pens. 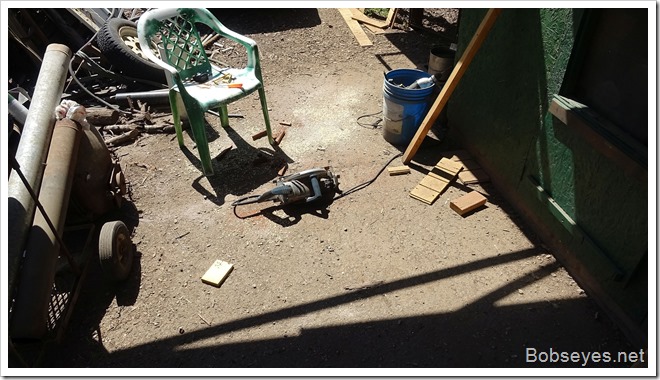 Peeps to the grow pens

I plan to let all the little peeps into my grow pens and I want to keep the big chickens out of them as they’d destroy it in a day or so.

So I cut out some doors and drilled some holes for wires to mount them to the fence.

Here’s one I was working on going into another grow pen. 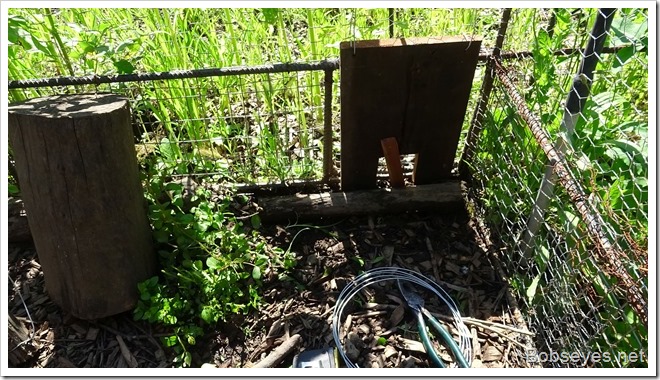 But to get to that grow pen the peeps have to go through the main chicken pen so I put this peep door in so they could get there. I screwed a piece of wood on it to block the door when I want to. 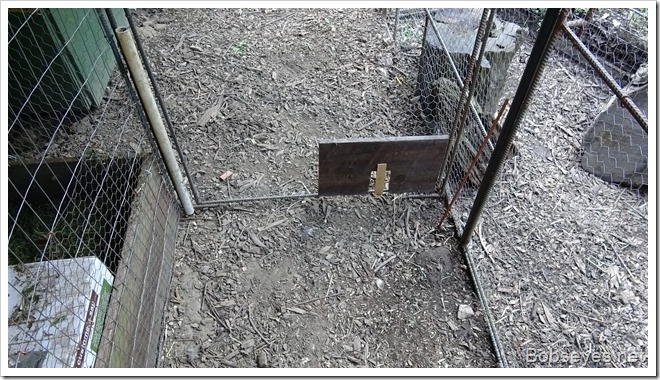 Getting to the grow pens

Once they went through that door they could  make it over to this one to get into that area with all the green stuff, a grow pen. 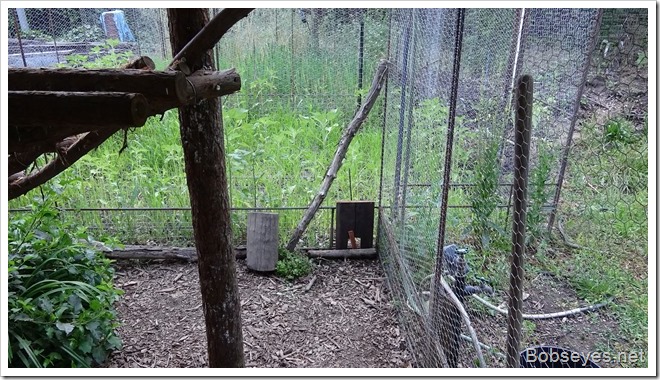 Eventually I’ll open the peep doors and let them into these areas once more chicks are hatched out.

I think I got another nap in there some where and then I got the weed mower going.

I wanted to collect some grass cuttings for the peeps nesting area once they get large enough to leave the boxes so I rearranged the nest boxes and dumped the cut grass into there so they can use it to nest in at night. 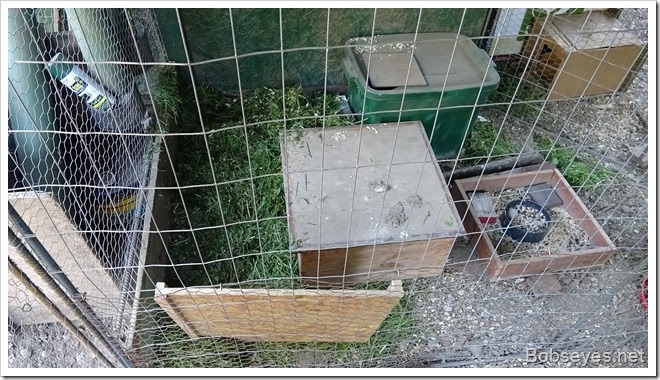 I also added grass to this area for the same purpose and added the boards along the fence to make it more nest like. The cardboard boxes now contain two nesting chickens sitting on eggs. Hens Goldie and Gertie. 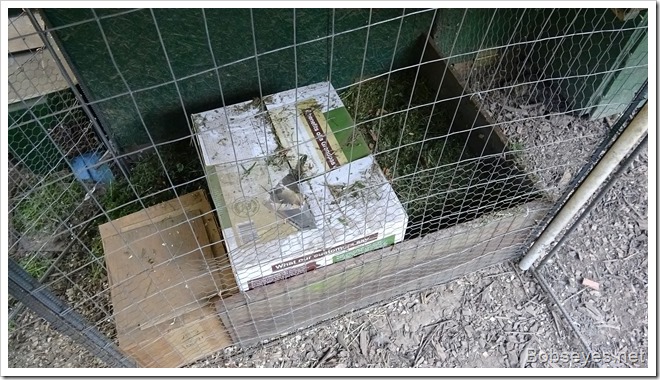 I got a little done today but not much. But now I think I have things in good shape when all the eggs hatch out new chicks. At least I’m hoping they all hatch out. So far I’ve only gotten three chicks each on two nests. That’s not too good when they started with a dozen or so eggs each at the beginning.