A Sunny Paddle and a Hike at Eagle’s Landing Today

Sun was out and no rain

The sun was out today so off to Jenner I went around noon. I put the boat in the water and headed on up stream along this edge to get above Penny Island so when I crossed over I would hit the island as the current was still pretty fast. I pushed off into the current by that rock point up there. 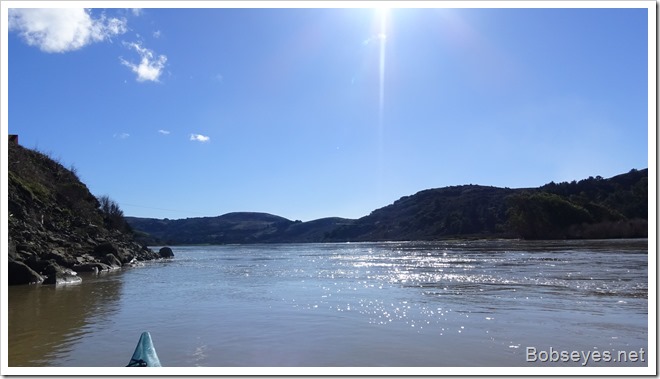 I didn’t loose to much ground and hit the island about in the middle and decided I’d go up river a bit today.  That big thing on the left is someone’s old wooden dock that got washed down the river recently. 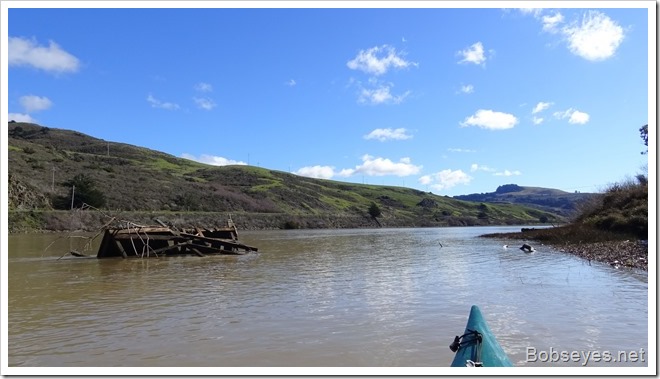 I went by this great egret by the upper end of Penny Island. 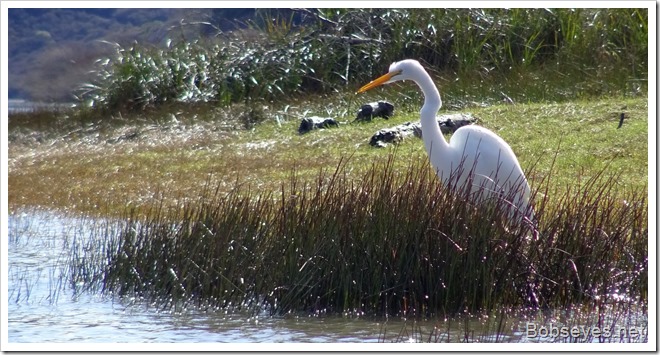 There was quite a bit of current when I crossed over the island’s back channel, more than in the main channel on the other side, but I made it. I saw an otter hunting along the bank. I thought I might see it again as we were both going the same direction, but I didn’t see it again, maybe because stop and rest often. I had to work a bit as I paddled up along the river’s edge and decided to land at Eagle’s Landing and hike up to the lookout point.

Hiking up to lookout point

Here’s where I landed at Eagle’s landing. I rested up some before heading up the hill. 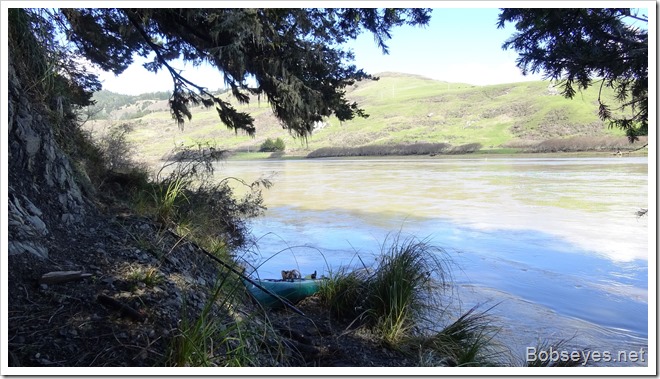 The trail is just an old deer trail and with the recent rains it was a bit slippery so I had to watch it or I’d be back in the river which wouldn’t be much fun.

You can see the trail going up through these trees. 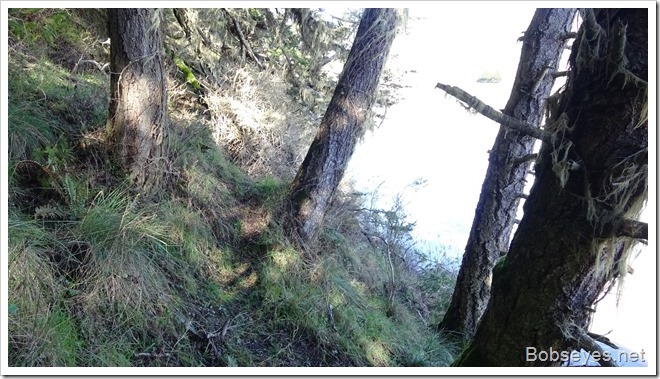 I made it up to lower lookout point and sat and rested for a bit as my energy level was on the low side and maybe it has something to do with my age at 69. My corn intolerance thing doesn’t help much either as it’s hard to get a good nights sleep. 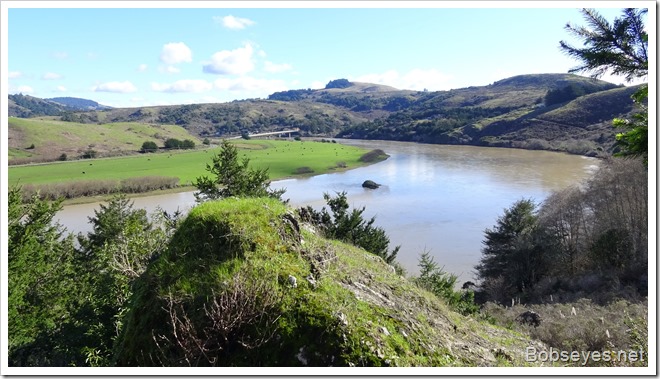 I heard this bird fly into the tree in front of me as I rested. Turned out to be a flicker. 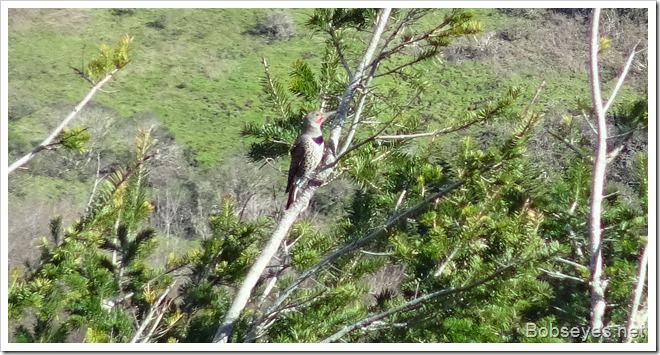 After several rests, I made it up to lookout point. This is looking up the river from there. 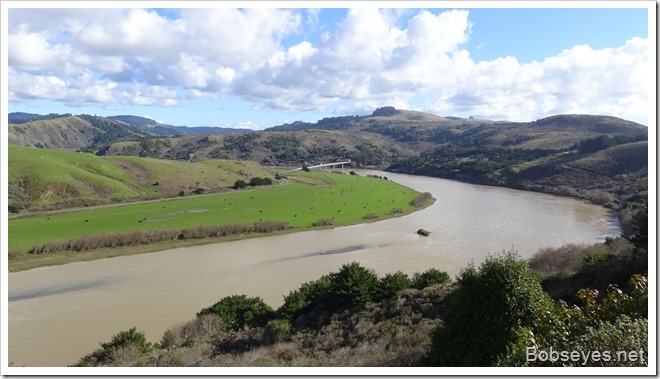 And this is looking down the river to the town of Jenner. 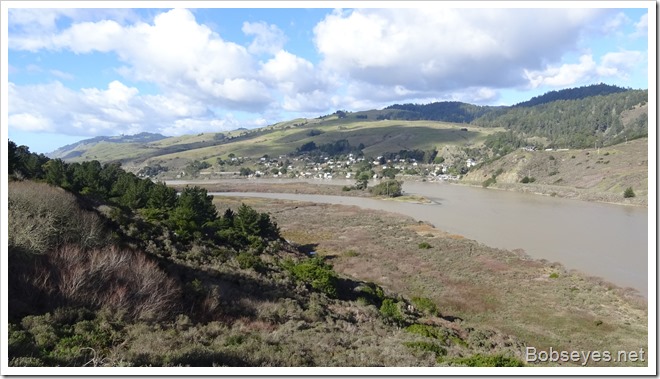 I could also see the two horses across the ridge from me grazing the grasses. These horses have a good life. They live in a barn down below and can come up on this ridge to graze. 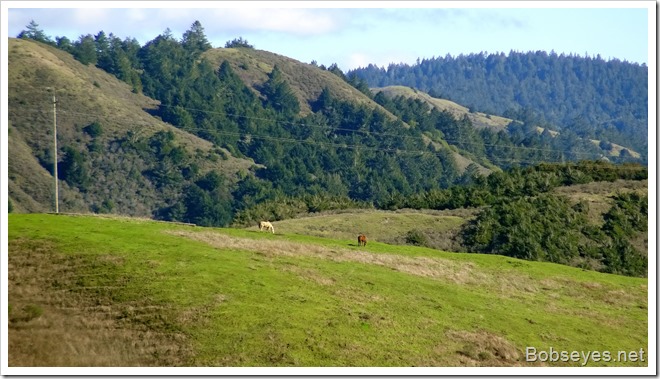 Took another trail down

I hung around and eventually got rested up and headed back down which is much easier than going up, but I had to be careful of the slippery trail, so I took another route down that went through these tress. 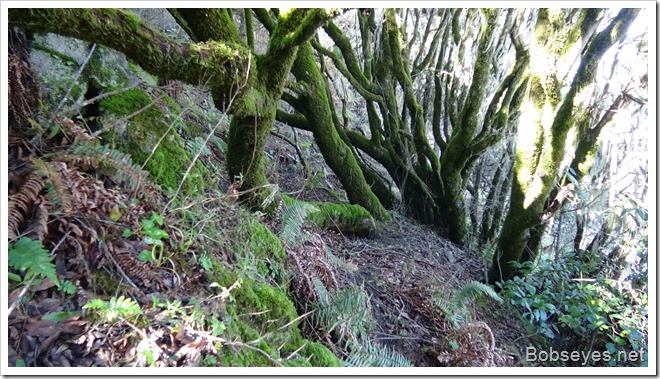 After another rest by the boat, I paddled across the river’s current and drifted down along the north bank going by these birds. Some geese and a great egret were taking it easy as I drifted on by. 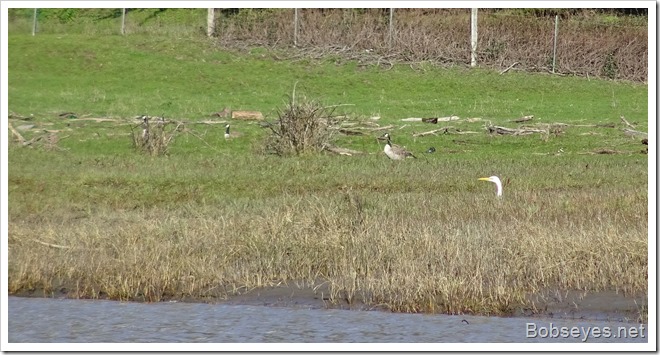 This great blue heron landed close by just below those birds. 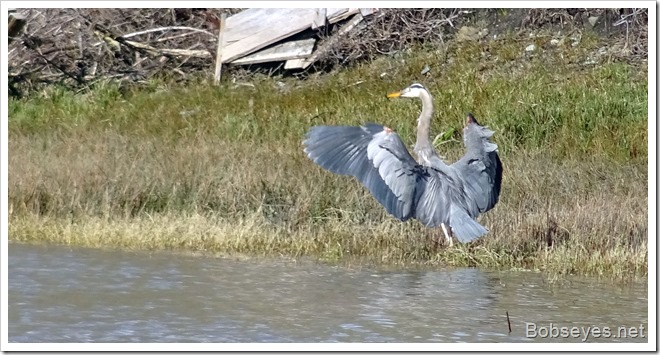 One of the reasons I crossed the river up there was so I’d be set up to hit the boat ramp as I drifted on down without working at it too hard.

Headed on in to the boat ramp

So here I am drifting down the river headed to the Jenner boat ramp which I got to fairly fast with the river flowing like it was. 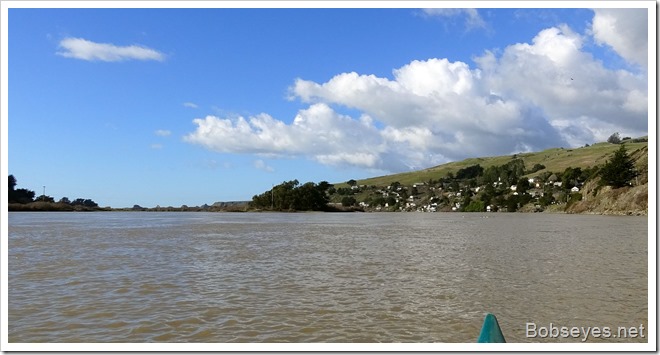 I put the boat on the car and was going to stop along the way home and do some visiting, but I was just plumb too tuckered out, so I went on home for a much needed nap.

And that was pretty much my day.