A Sorta Shortcut On the Way Home and Yard Work

I left my camp by the Sprague River and was on my way by 8;30 AM. I stopped for gas just above Klamath Falls at a Casino and posted the blog for the day and then headed  south towards home.

I passed by this flagged cemetery somewhere on the way. 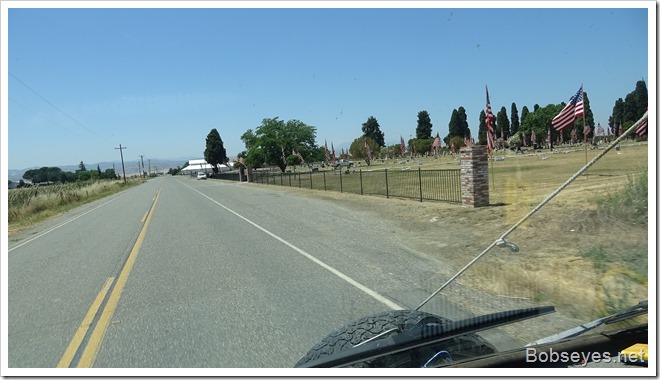 Mt. Shasta was looking good. I’ve been to the top three times so have an appreciation of the mountain and do a bit of reflecting every time I pass. 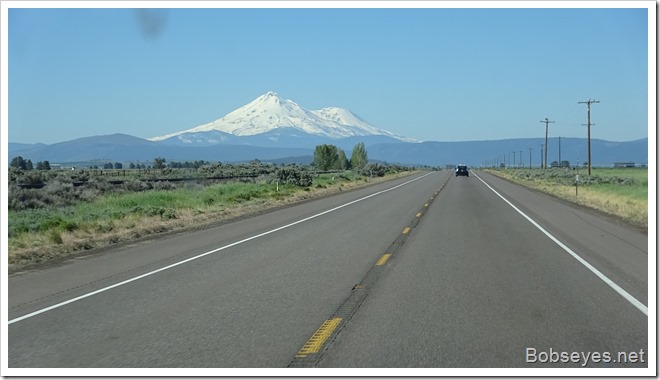 I had been cruising along on the interstates for most of the day so when my GPS showed me a shortcut through the hills, I decided what the hay. I’m game with four wheel drive so I turned off highway five at a place called Maxwell which had a shortcut to Clear Lake.

The roads started out like this with a bit of wash board, but not too bad. 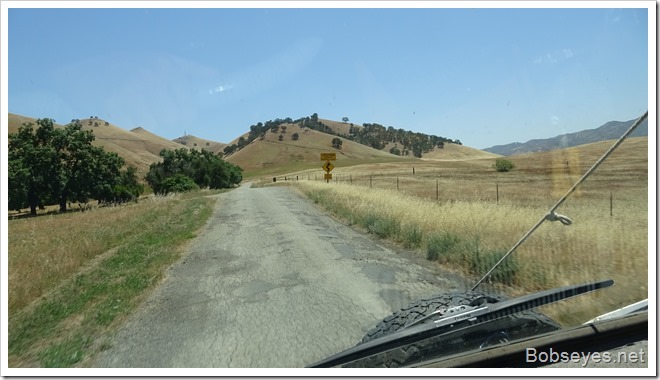 A truck was parked in the road with a guy coming out of a gated area so I asked how the road was. He said not too good and had some deep washouts on it

He drove on and eventually into his yard where the Gps led me to. I stopped and chatted again to make sure the road that went up the hill from his house was the right one. 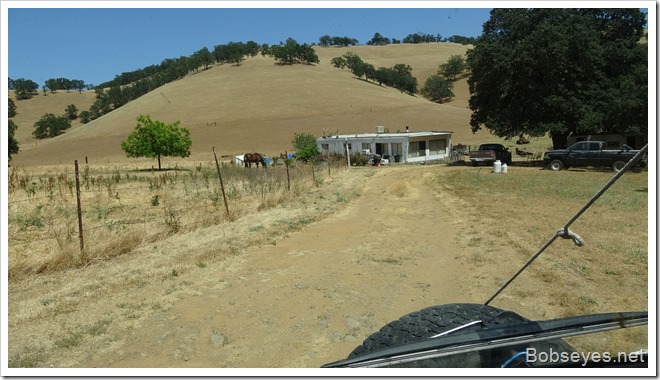 After talking some he said I could make it over no problem, so I thanked him and was off on a dirt road over the hill. It was my kind of road with some winter rain damage, but all passible. 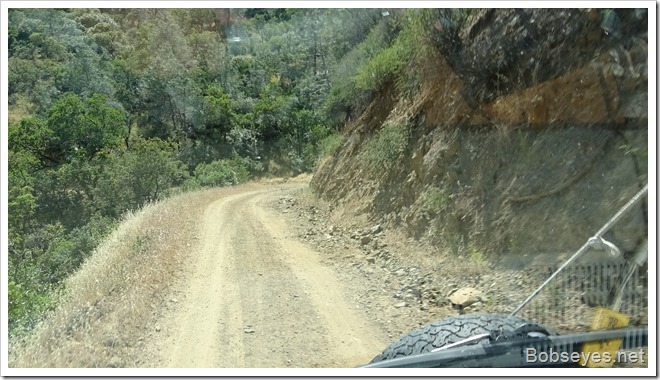 I should of taken the other road

Now when I got back to pavement there was a tee. Fourteen miles to highway 20 which is what I wanted to do, but the GPS was showing the other way by way of Indian Valley Reservoir which I decided to take, but was a big mistake as the road was about 35 miles of  real rough not graded for a long time road.

It did take me by the lake. 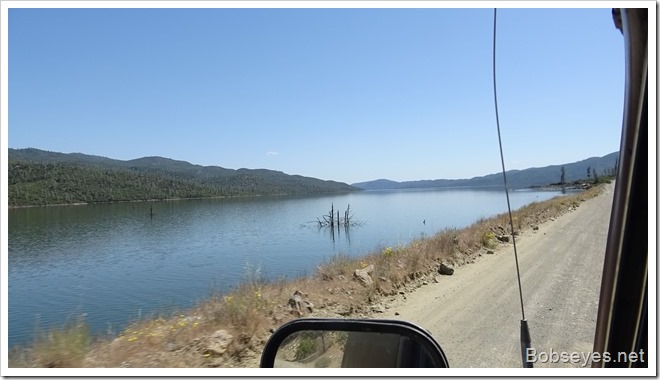 The road dropped me into highway twenty at Nice which was nice to get back on the highway after that bumpy road.

From there it was only a few more hours to my house.

The weeds sure did grow

I was surprised to see the weeds had grown so much while I was away. I had the place all nice and mowed before I left. 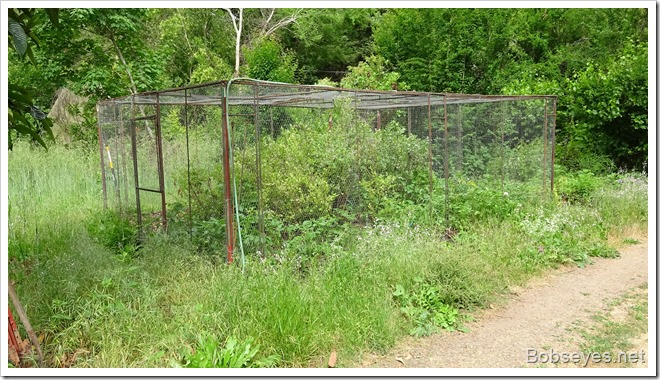 Time for the mower

So the next day I got the mower out and mowed for about a half hour before the mower broke down. 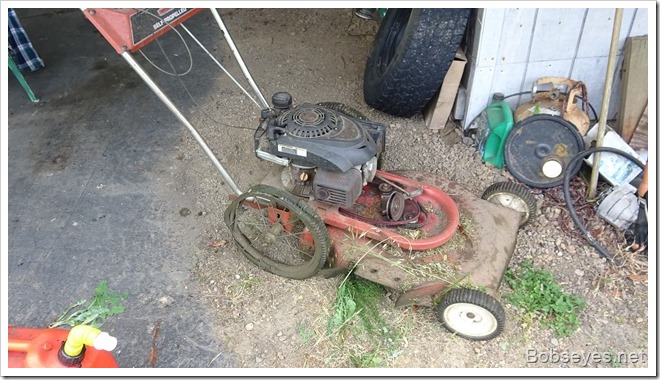 I seemed to  have broken the main spindle, so I’ll have to take that apart to get parts to repair it. 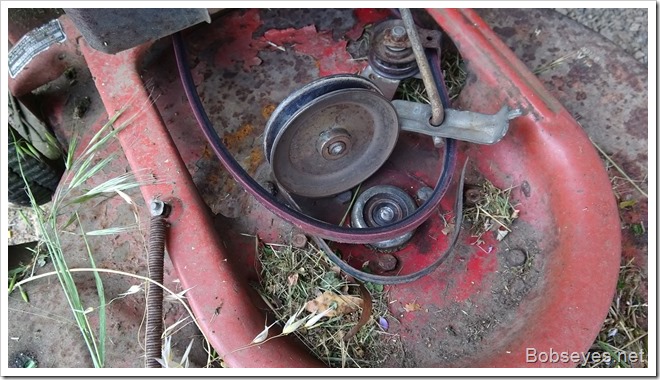 Deer getting into the yard

While I was gone the deer found a way into my yard through this spot where the creek waters had messed up the fence and lowered it so I got some fence posts and wire and repaired the fence. 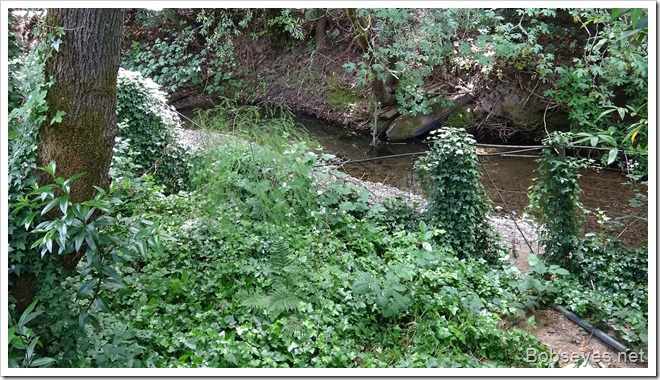 I put the water on and did some watering. 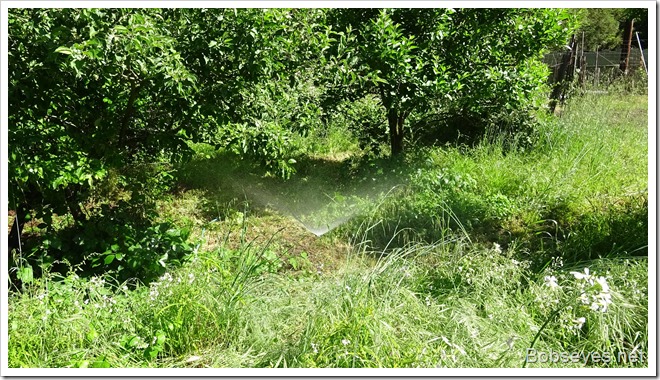 In the afternoon I took the mower apart. I need a new spindle and some new bearing which I hope to get at Gardeners Aid. Some new rear wheels would also be good. 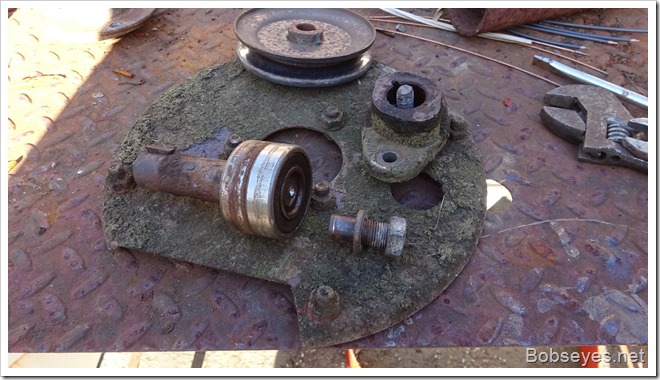 They’re working on the phone

This morning my phone rain early. It was the telephone repair guy. When I got home my internet sucked and my phone had a load buzz on it. It’s been bad for the last six months on and off. When they try to fix it, it clears and they haven’t been able to get it fixed. Today the buzz was real bad and it didn’t clear. He started early this morning and is still working on it at five PM. I’m sure he had to make some other appointments. He’s working on it right now and the phone is dead, but I have internet, or I had it. I’ll post the next time it’s on, I think.

Another kitty in the yard

One of my neighbors cats as been coming over along with another neighbors gray cat. This is a black cat and hangs out in my yard with the other cat. This one hasn’t been  brave enough to say hi yet, but it seems fairly tame. 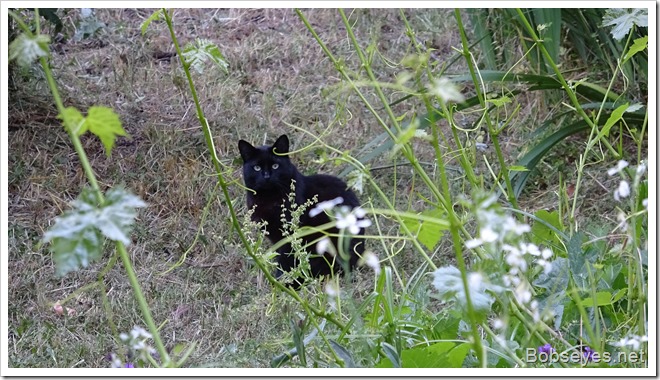 Since my boat is still on the van,  I decided to do some repairs to the car carrier I use on the top of the car. It rusting out a bit and could use some new paint and some new foam cushions so I’m working on that.

Mostly I’m puttering around the yard today and that was my day.