A Salvation Duct Infection and Repairing the Bridge Bulkhead

Yesterday morning I woke up with a sore mouth. Investigation showed I had an infection in my salvation duct just under the front of the tongue. The gland that supply’s fluid to the duct during eating is just under the jaw, one on each side and you can feel them with a finger.

After much research I found that if one can keep the gland drained it will flush out the duct and it should heel.

So they recommended putting a lemon slice on the tongue to stimulate the gland to produce fresh fluid to help flush the system out. I didn’t find the lemon to do much good. Eating seemed to do a better job.

Anyway, I called the VA advice nurse and decided I better go down to see my doc tomorrow about this. I’d also like them to have a  look at my  most recent rash on my body as I suspect this rash may be a secondary rash not caused by my corn problem directly, but indirectly as the corn makes my overall system not function as a healthy system does thus giving a chance for other stuff to go wrong.

I think it will cure itself if I keep milking the gland to keep the duct clean of pus. Yuck.

Stopped for a  visit

On the way back from the store I stopped by Ray’s house to visit him and his wife for a bit. We shot the bull for a bit. Ray’s headed up to Oregon to help his daughter build a house.

Once I was home I tried the lemon without much success. I was also having one of my most itchy days I’ve ever had so far which leads me to believe I have something else wrong besides the corn.

Maybe the corns out

Actually, I  think I might finally have the corn out of my system as I’ve been trying hard for the last three months or so really restricting my diet.

Back to the bridge repair

After a rest I went outside and moved  my wheelbarrow full of  tools over to the bridge I was working on yesterday.

I needed to make the base flat which I did with some cement pieces I had.

Here’s the flattened out base shot. 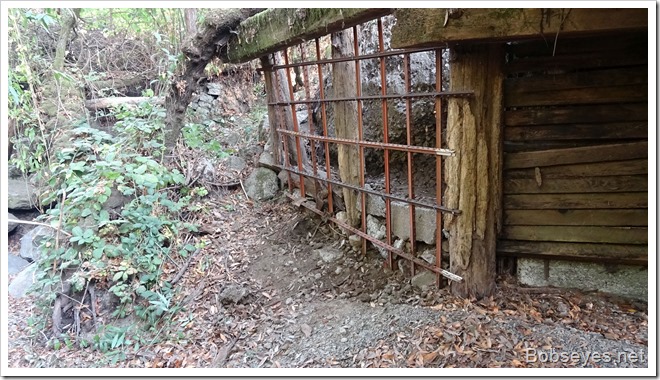 A little closer view. It’s ready to  have more flat pieces of cement added on top to build it up. The objective is to keep the rushing water out of there to prevent any more washing out. 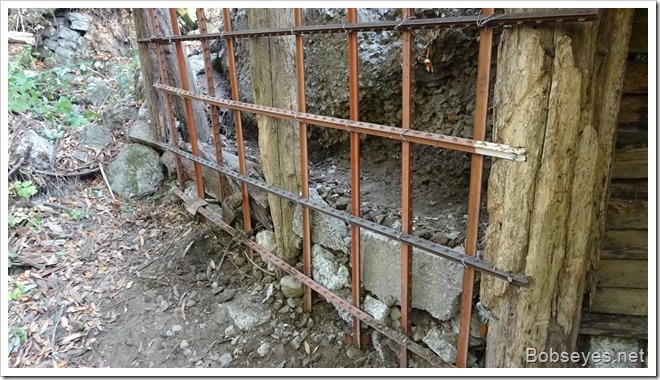 And this is the top view looking down. 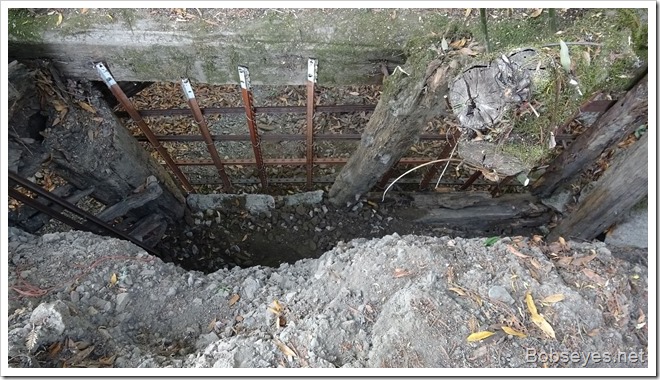 After that I sat down in a chair and realized my body is not capable of doing this stuff in the bad shape it’s in. The exercise is good for me, but my body is too weak to do this kind of hard labor right now, so I better find easier stuff to keep  me busy and I’ll leave the rest of this project for Tom to complete.

Not sure about the lotion

My body was hurting so much I went back to the house and filled my tub full of hot, but not too hot water and soaked in it until it got cool. I was a bit concerned as to what would happen to my skin as it dried out after the bath. Most of the time after a bath or shower I would put large amounts of Nivea lotion on and sometimes I would get some bad itching when I did this so I’ve always been suspect of the lotion having some kind of corn stuff in it, but it was mostly all I had to use.

So today, I did not use the lotion and just let whatever happens happen to the skin.

You can’t be sure about anything with corn

At first it felt like my skin was really drying out and I would have a problem, but after a short time it stopped getting worse and I think over all I may be better off without the lotion. You see, with corn in most everything, you can’t be sure about anything, so the more things you dump the better off you are.

Well, anyway, that was my day.