I heard Barry outside today as I got up so I went out to see what he was up to. He suggested we go up to the neighbor’s where I was looking at his spring to help him out. Barry used to ride around there when we were kids too.

We get ready to go. 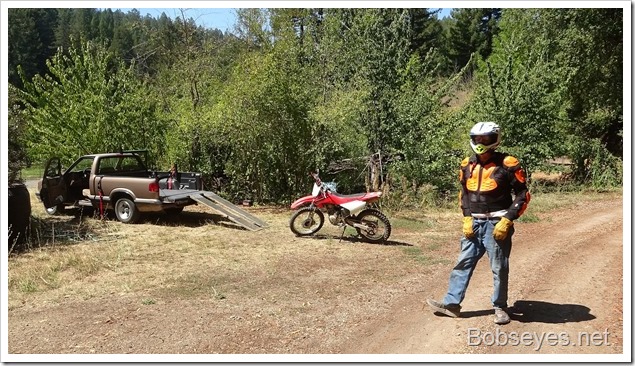 We had to ride up the county road a ways and was hoping we didn’t get caught as our bikes are not road legal. It was only a couple miles and we made it without any complications.

My neighbor wasn’t home, likely because it was real hot up there today.

We checked his spring out to see if anyone had done any work on it. Nope. I can’t say I blame them as it’s just been too hot up there for older guys to work.

View from the spring

The view looking out over the mountains. My house is down in one of the valleys and the Pacific ocean is on the other side of the hilltops. 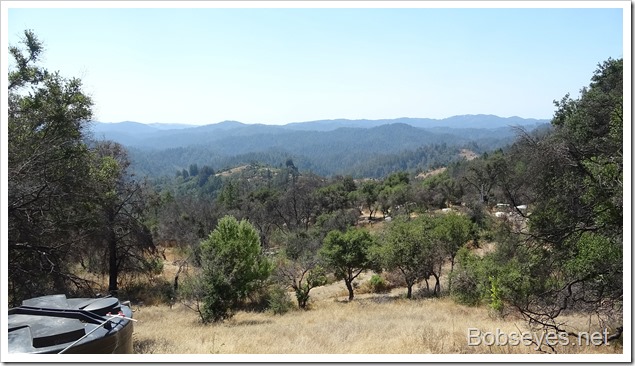 From there we went down to our old friend Bryce’s orchard. Barry lived with them for awhile and worked with Bryce in his orchard back when he was a teen, a long time ago. :O)

We took a short walk through the old orchard and tried a couple apples. 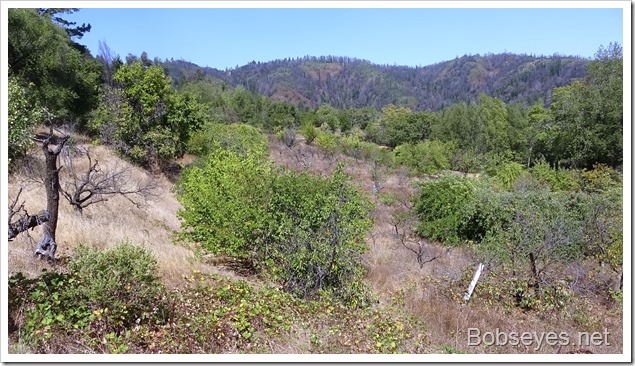 Barry stopped to look at the old prune dipper which I think he helped Bryce operate once or twice. Lots of prunes went through here in the olden days. Fresh prunes are put through hot water here and then onto the drying trays which would be spread out on the ground. 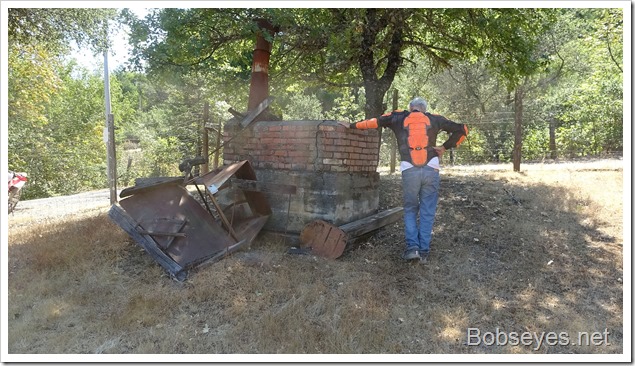 We’d decided before we took off to go around the loop and not back the way we came.

That  meant going around the old road that mostly went around the hilltops and through the upper park and over to another neighbors place and back down to our place.

Anyway, here’s the view from that old road on the way. 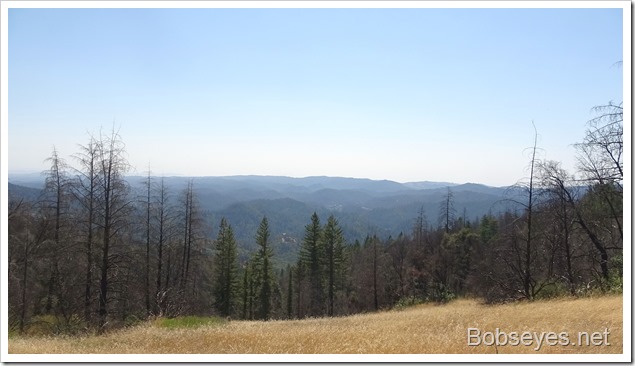 We stopped at this State Park communication tower for a bit to check out the view before continuing on. 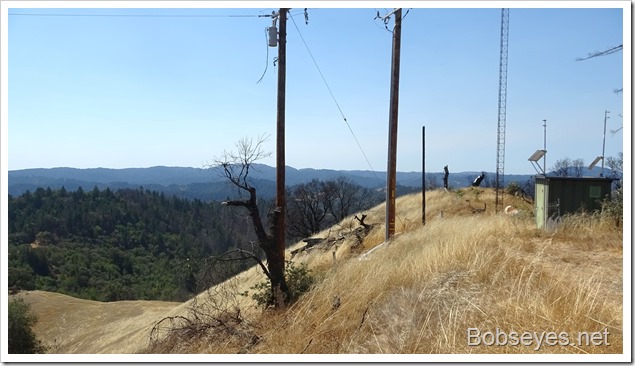 The state park and my house our down in this valley. A bit smoky out today from fires somewhere else. 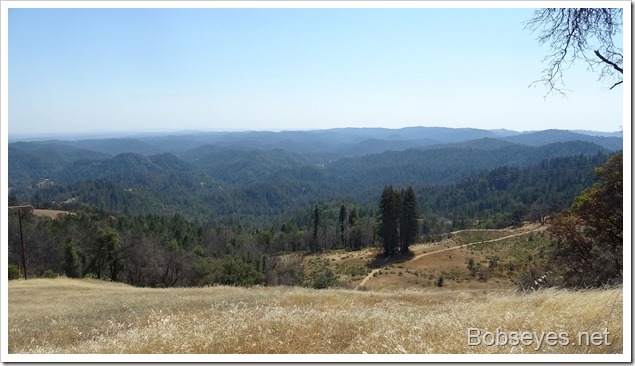 We could see the small town of Guerneville down there in the smoke. 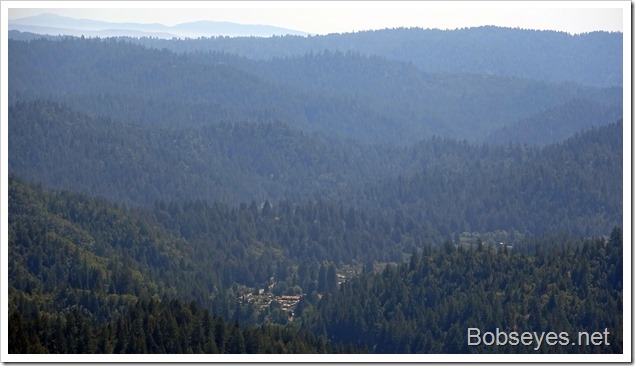 We continued riding around our loop, about to leave the park here and head onto our neighbor’s place. We couldn’t have done this trip before the forest fire a couple years ago as we didn’t know these neighbors before then. 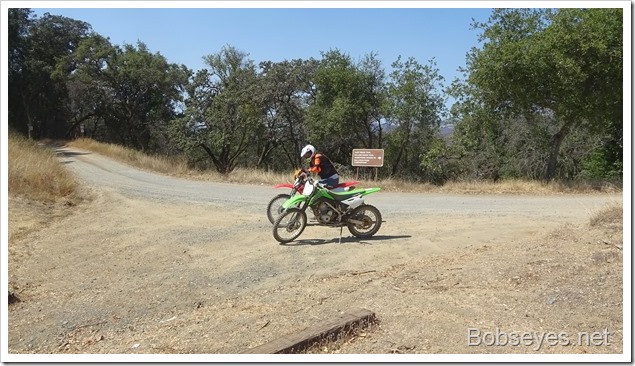 We went through their gate and onto their property. 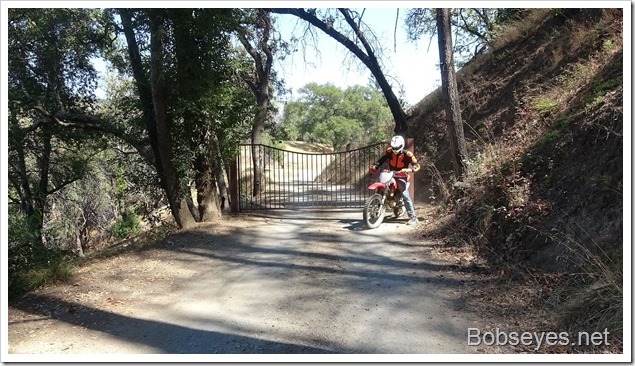 And rode up to this hilltop where there was a house before the forest fire. 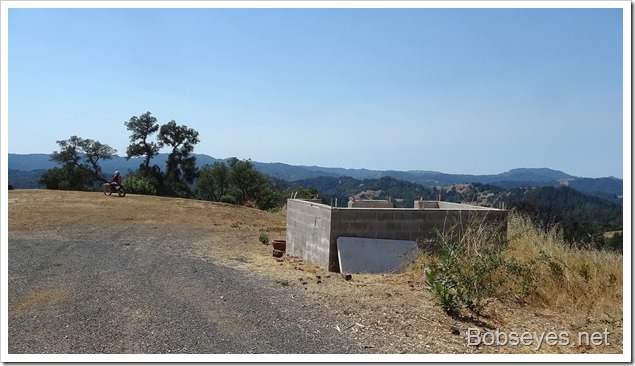 There’s quite the view from  this point. I could see why the guy built his house here. But houses on hilltops are the first to burn down in a forest fire. No problem the guy died about a month ago. 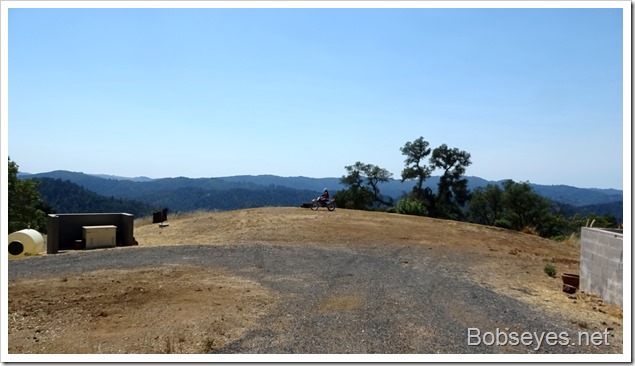 We could see a nice lush area from that spot which on looking closer turned out to be Korbel Winery. 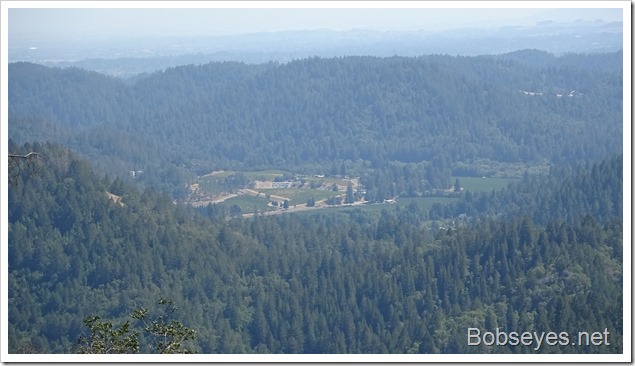 We rode on until we got to Rob’s place and stopped at his spring for a drink of water here. 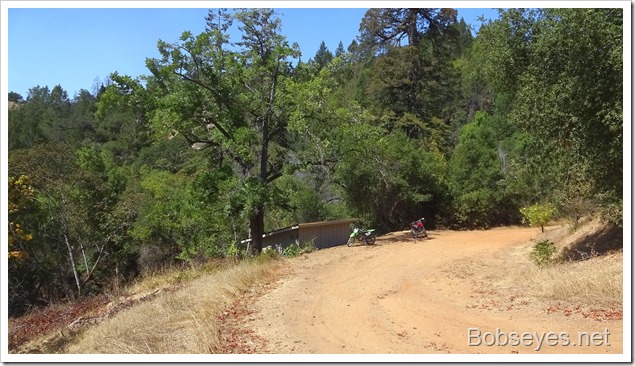 We decided not to go visit as it was hot and they were likely hanging out were it was cool, maybe napping.

Ride around our place

We rode around our place for a bit, then headed to our spring for a drink of water were we sat for a bit shooting the bull. Barry’s broken ribs were paining him a bit so we headed for home, stopping at Tom’s garden. Barry dug up a few carets to take home with him. 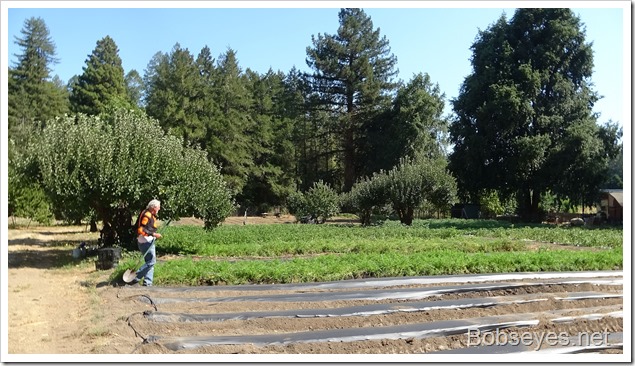 We made it back to my house and Barry took off for home. I headed for a nap and finished the day out with some chair hopping.

Last night I introduced the new improved feeder on the left to keep the chicks out of the bait during the day time.

The rats mostly avoided it as it’s a new thing, so they are cautious of new stuff. But they really were digging into the older can with the bait in it. 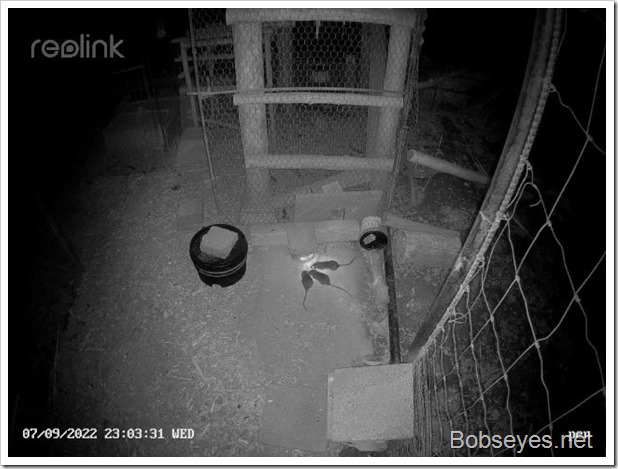 These are the three young ones chowing down on the bad stuff. 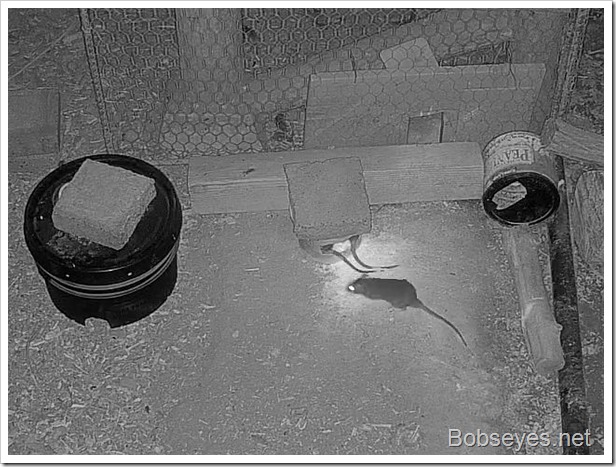 One of them is starting to check out the new black container but that’s as far as it got last night. 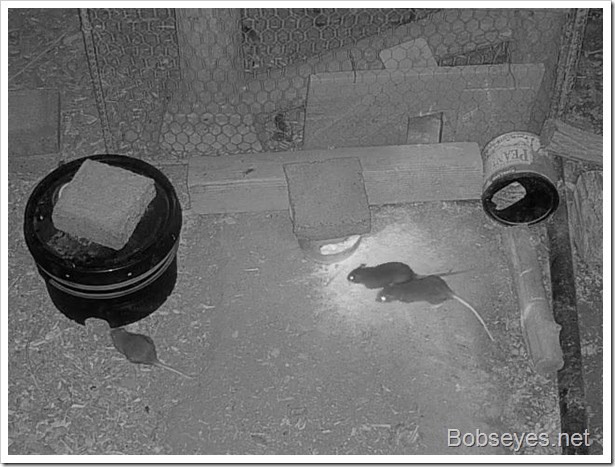 I removed the old feeder at two last night so there was very little feeding last night after that which I expected with the new container. They need to get used to it before they start to feed again.

Big momma comes by tonight but just passes on by. 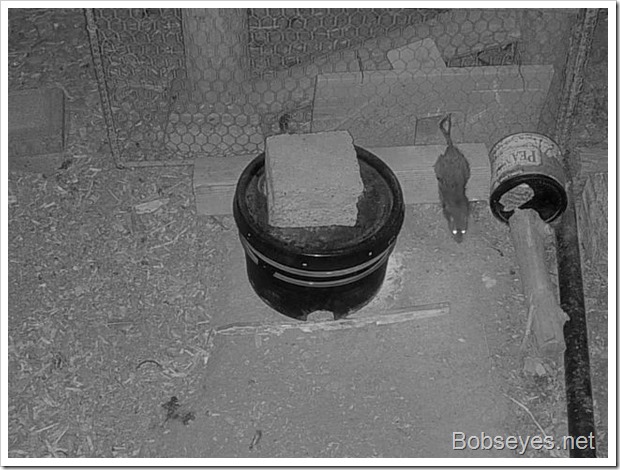 One of the smaller ones get this far but still hasn’t really gone in to feed yet. If it would go in to feed some of the other ones might start to feed too. 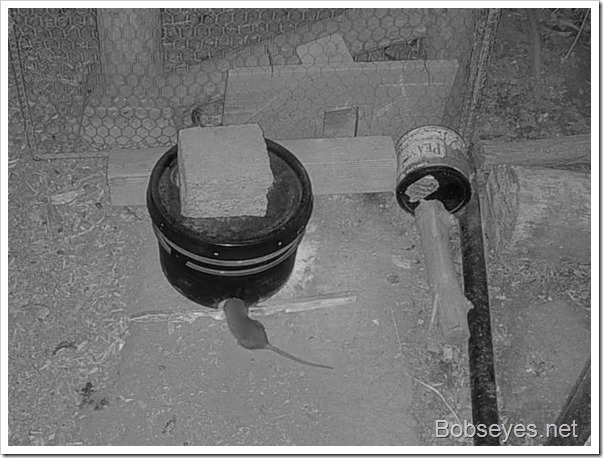 It’s too early to tell what’s going on tonight, but so far, likely because I took the bad feed away too soon last night, most of the rats are still there.

I messed up by taking the bad bait out early last night, but sometimes one learns more from doing things wrong than doing things right.