A Parts Run, a Visit, Darn Deer and Repairing the Mower

Rounding up the mower part

Once I got it going today, I gave Bill at Gardener’s Aid a call to see if he had gotten my spindle part for my weed mower yet. He said it just came in and come on down and pick it up, so I headed down that way.

I picked the spindle up and shot the bull a little and then went over to visit with my friend Joe for awhile. We shot the bull for an hour or so then I headed on home stopping to do some grocery shopping in Guerneville.

Figuring out how to mount the spindle

Once home I studied the problem of how to mount the new spindle that was different than the one that was on there, as the old one was no longer available. 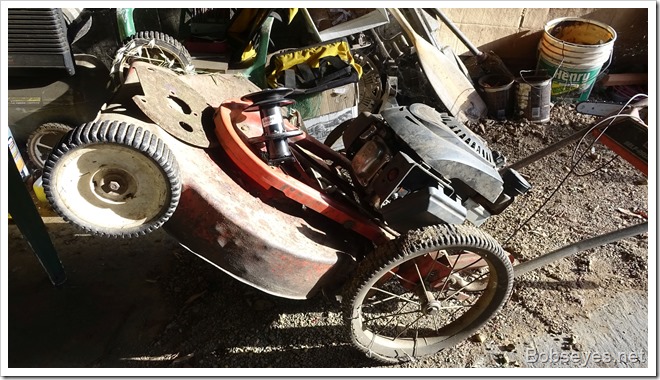 This way wasn’t going to work

I stuck the new spindle in the spot to where it was going to get mounted to  have a look and decided I can’t drop the spindle as much as it would need to line up the pulley on the top.

The spindle would be mounted too low and the blade would hit the ground, so dropping the spindle to mount it wasn’t going to work. 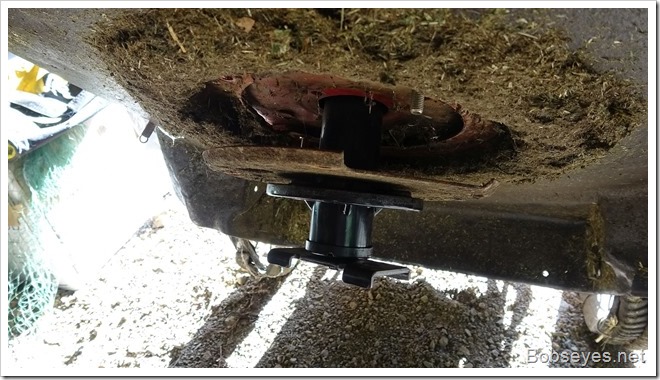 Moving the engine is the answer

I was sitting their figuring out what to do when I decided I’d have to move the engine up higher to  make this work which meant I’d have to make some spacers or something to do the job.

About that time my brother Tom comes by and says he chased the deer out of the yard again this morning about ten. Darn.

So I stopped what I was doing with the mower and started inspecting my outer fence and finally I  think I found the spot they’ve been coming in.

There’s a gate here that the ivy has climbed up on and collapsed from all it’s weight and opened the gate which looked like this. The deer have been just walking on in through this spot, I think. 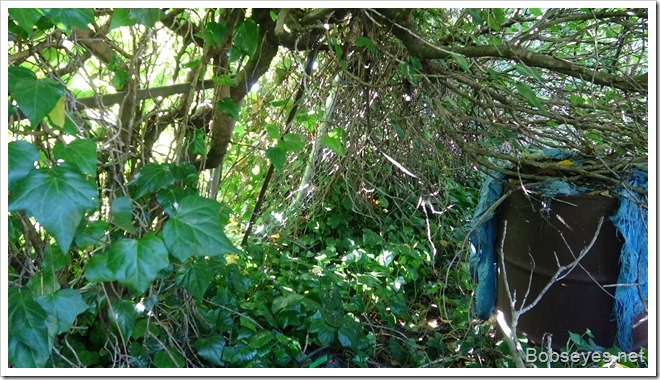 I got my brother’s chain saw and some clippers and opened the spot up so I could fix the hole in the fence.

Here you can see the gate that has pulled off it’s hinges. 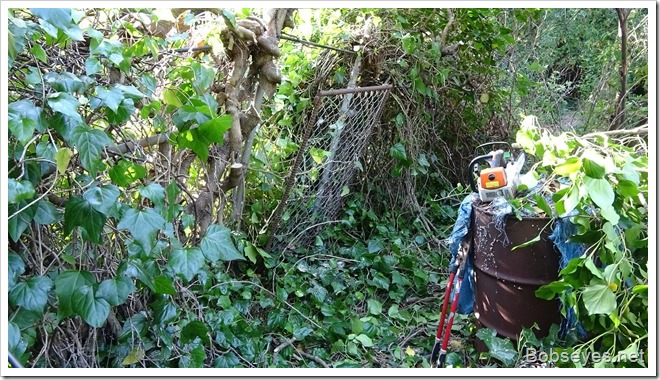 That should keep the buggers out now

I don’t use this gate so I wired it up shut and hopefully that will now keep the deer out. Interesting they never went out through this spot. I guess they didn’t want me to know where they were coming in.

The gate is wired up. 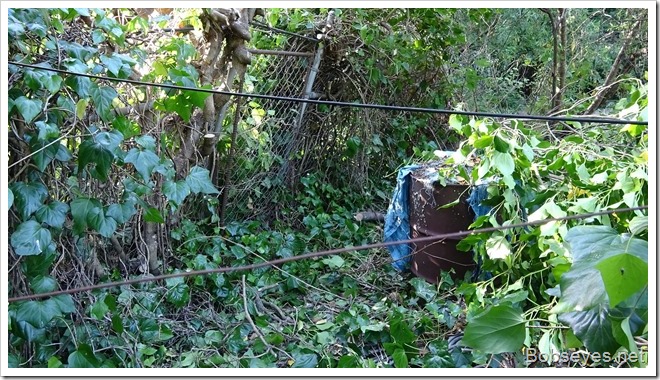 Some progress on the mower

After that I went back to work on the mower project and almost got the spindle mounted, but the bolts were too short, so I have to take it apart and put some longer bolts in. 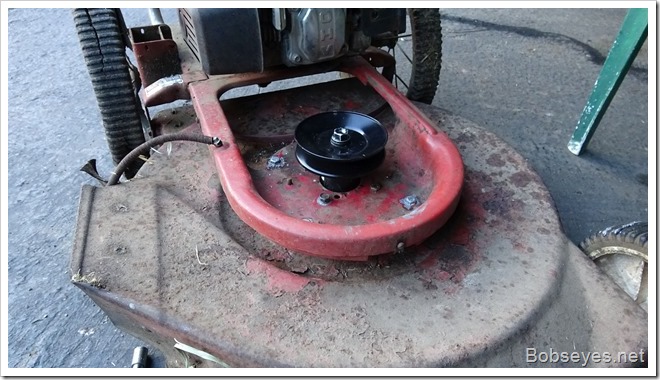 That’s looking pretty good so once I get this mounted I’ll work on putting some spacers in the engine mounts to rise it up to match the new pulley. I’ll also have to remount the thing that engages the belt too and I hope the belt will still fit so I still have some work to do on this project, but it got dark on me and I had to quit for the day.

Productive day. Just finding that deer hole was enough, but I got a good start on the mower project too.

3 Responses to A Parts Run, a Visit, Darn Deer and Repairing the Mower