A Paddle to the River’s Mouth, Chilled and My First IP Roosted Chicken, Yummy

I thought the river might be open to fishing today so I drove on down to Guerneville to see if there were any fishermen at the beach but I didn’t see any so maybe the river isn’t open yet?

I then drove on down to the Monte Rio boat ramp to see if there were any fishermen down there. There was only one, Bill a homeless guy that lives in his car with his dog. He thought the river was open but he didn’t’ have any way to go online to check it out. I shot the bull with him for a bit then drove on down to Jenner. 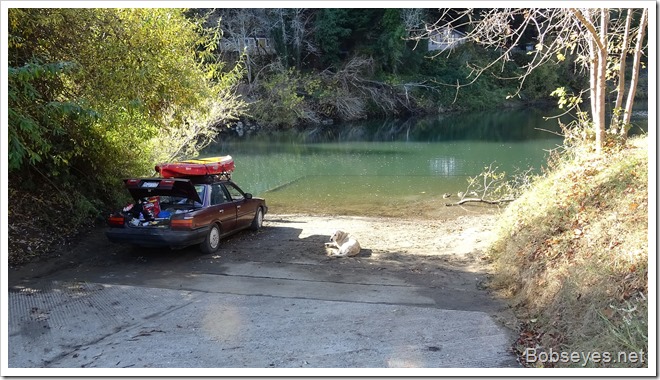 Headed to Jenner for a yak

Jenner is a no fishing area so no fishermen here either. I looked around the boat ramp and out on the river and it appeared I was the only one going boating today which always amazes me as there’s thousands of people not far away from here. But I like it this way.

I put my boat in the water and paddled across to Penny Island and headed down river along the island’s edge. 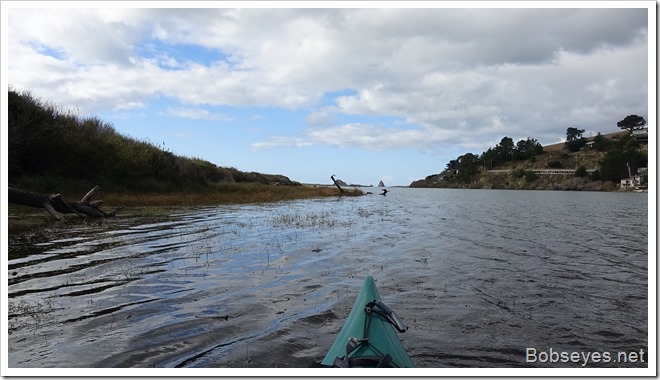 I stopped here on the island’s edge and had a look around. 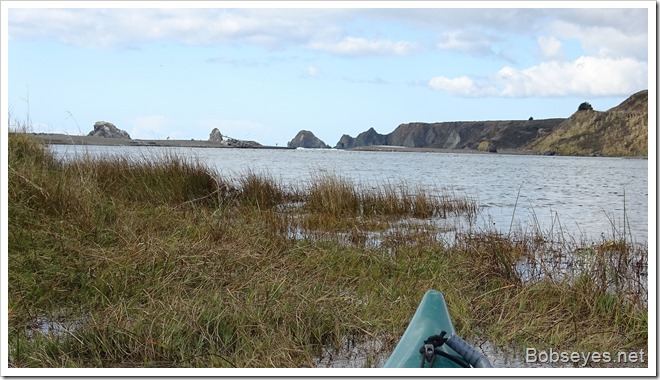 The wind was down but there was a chilly breeze coming off the ocean which just might do me in although I dressed warm.

I stopped here on the island’s bottom tip before heading across to the river’s mouth area. 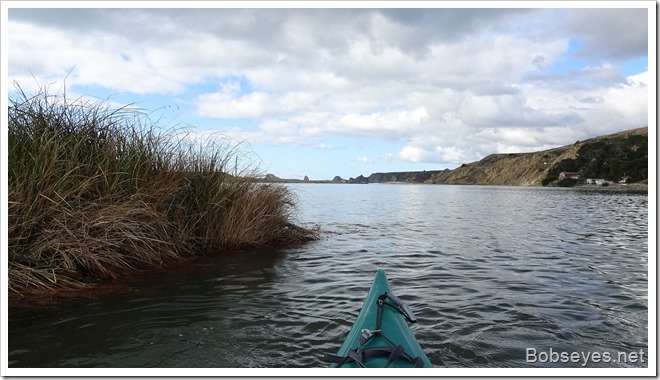 It’s maybe a half mile or so to the river’s mouth from the island. I could see a bunch of seagulls on the water ahead. I could also hear and see that the ocean was rough. 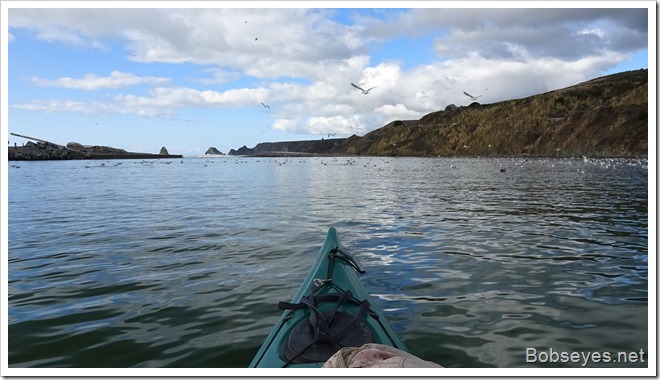 As I approached the seagulls on the water they’d slowly swim out of my way so I could pass. 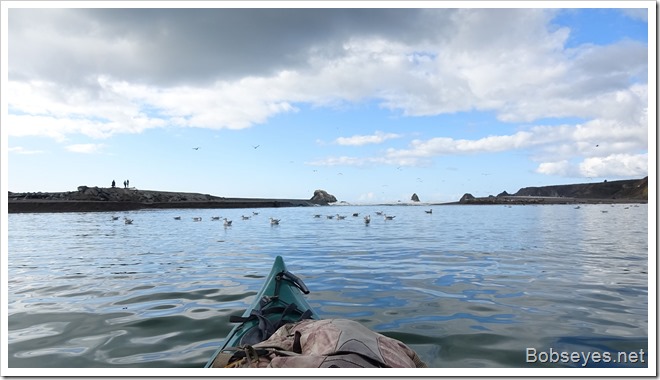 I paddled on into the mouth where I could see the ocean was a bit rough. 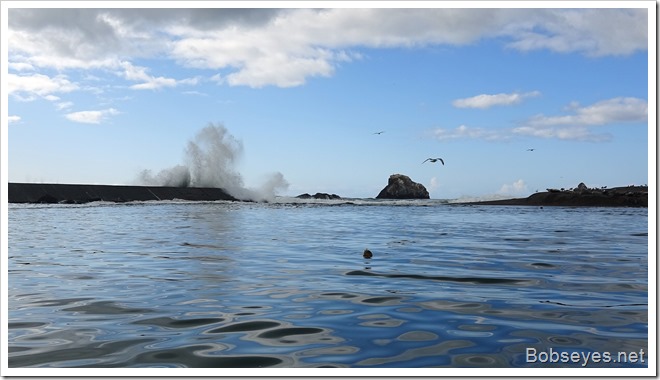 I sat in my boat and watched what all was going on around the area looking out into the ocean through the mouth here. 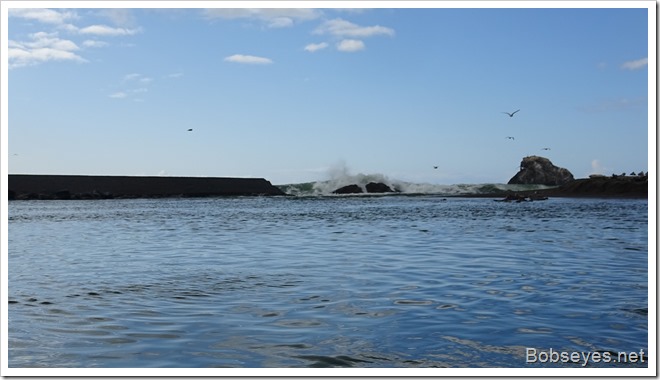 There were a bunch of harbor seals resting on the right side of the mouth on the beach. 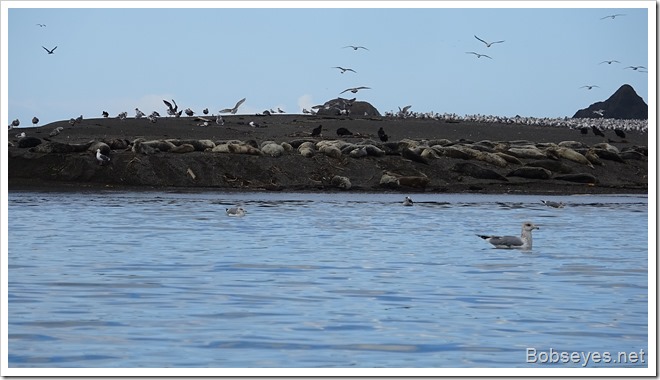 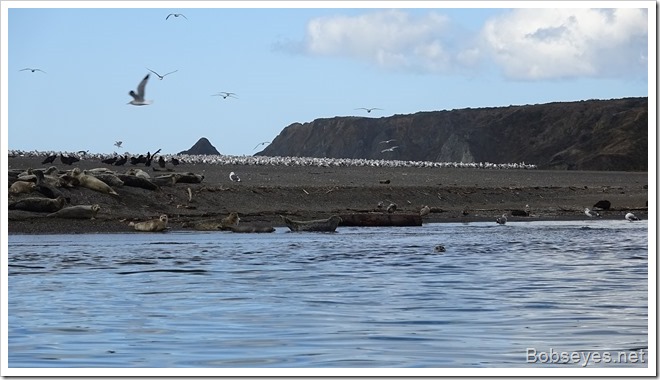 Here’s a few of the harbor seals resting. 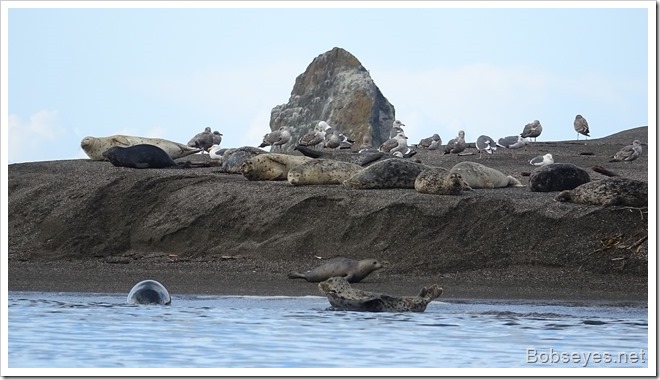 Some of the harbor seals were resting in the water on some sand. 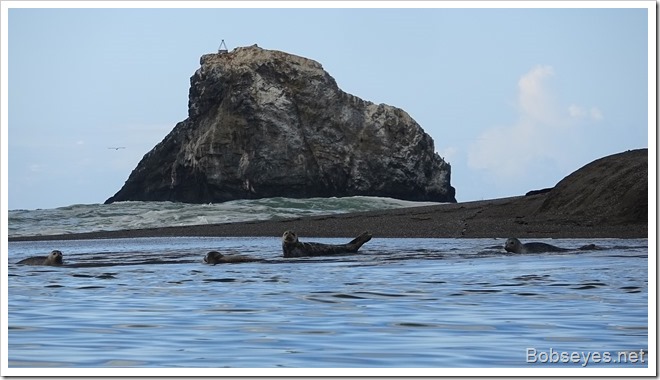 The cool breeze coming in off the ocean was getting to me and I was getting a real chill.

One last look and I paddled away. 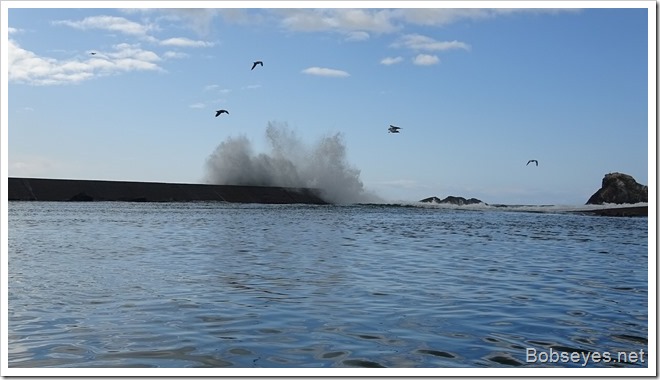 It looked like the river’s mouth would stay open for awhile which would be good for spawning fish coming into the river to spawn.

I was chilled clear through but I didn’t really want to leave. I headed on up the river to the top end of Penny Island. 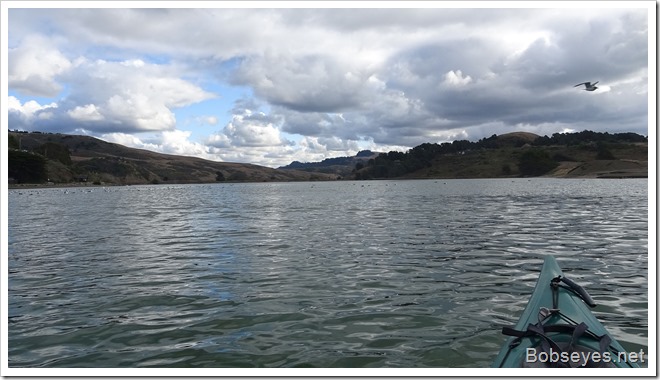 I paddled into this little channel on the top end of the island where I thought it might be a bit warmer. 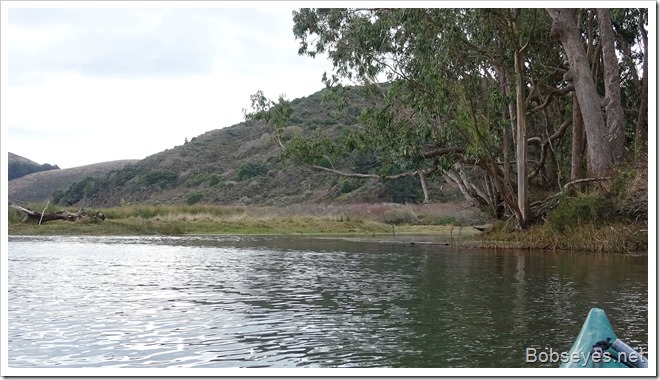 It was, but I was chilled through and needed to warm up so after a bit I headed on in for the day.

I’m headed to the boat ramp at the Jenner visitors center where I have a warm car heater. :O) 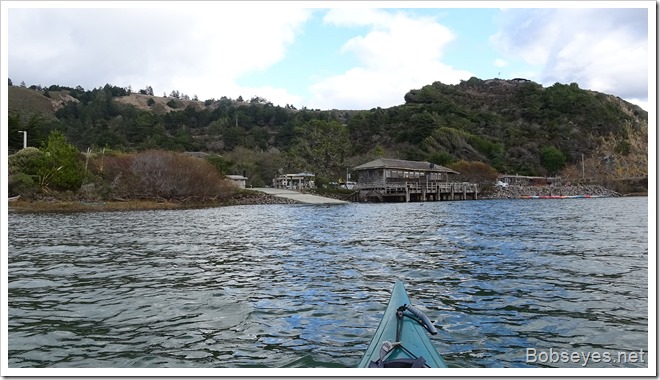 It took the car’s heater to warm me up as I drove on home.

Chicken in the pot

After a short nap when I got home I got the Instant Pot out and prepped my whole chicken for the pot. I added a few potatoes to the mix around the sides even though they’d get overcooked which would be ok.

I set the timer and then went outside to work on some stuff.

Fasten down the roof panels

I had laid the plastic sheets on the roof awhile back with intensions of fastening them down but never got around to it. The last rain blow a lot and my chickens got a little wet from all the leaks and when the sheets blow off. 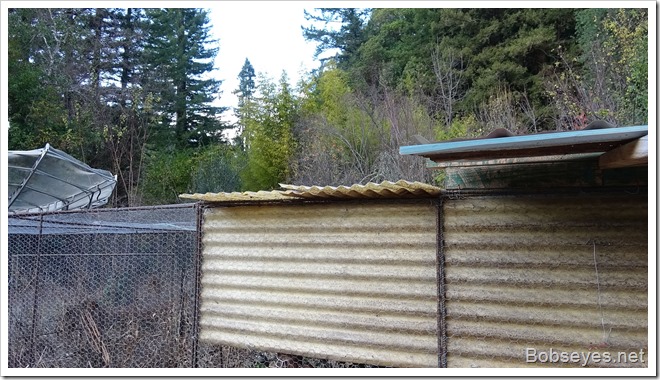 I got the two sheets fastened down with wire and used these boards to give it some slope and to match the metal roof. 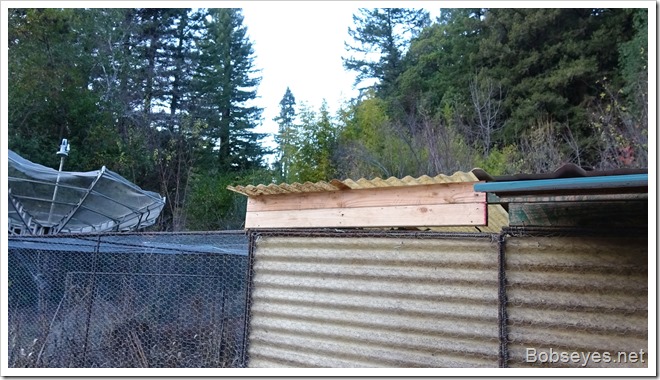 I had more to do but ran out of time. The chickens started coming in to roost for the night and went berserk with freight when they saw me with a plastic sheet so I stopped for the day.

By now I was thinking about my roosted chicken in the cooker and knew it was done and ready to go so in the house I went.

Here’s the finished product. I cooked one of my meat birds which weighted 5 pounds and barely got it in the pot. 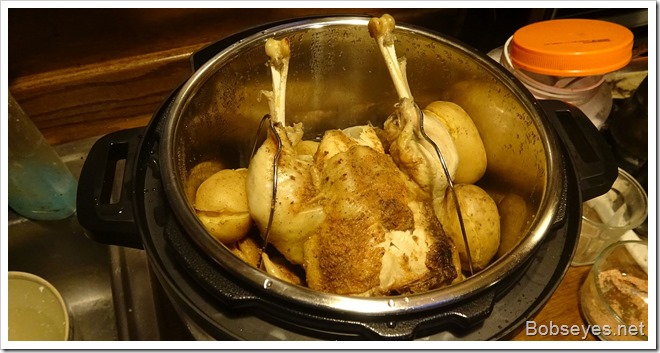 Needless to say that was yummy. I mashed the potatoes with a fork in a bowl and added some spices and some of the chicken broth in the bottom of the pot and yummy again. By now I was full as one should be on Thanksgiving day.

Once I get most of the meat off the bones I will throw the bones back in the pot with the broth that is already in there and make some more broth for chicken noodle soup. More yummies.

2 Responses to A Paddle to the River’s Mouth, Chilled and My First IP Roosted Chicken, Yummy