A Paddle, Some Eagles and a Friend Forgets the Salmon

A nice fall day for a paddle

I put in at Jenner this morning around 11:30. It was a bit overcast, but the sun was on it’s way and the wind was down too, so it looked like it was going to be a good day and it was.

I decided to paddle up river, so paddled across to Penny Island and headed up the river going by this grebe. 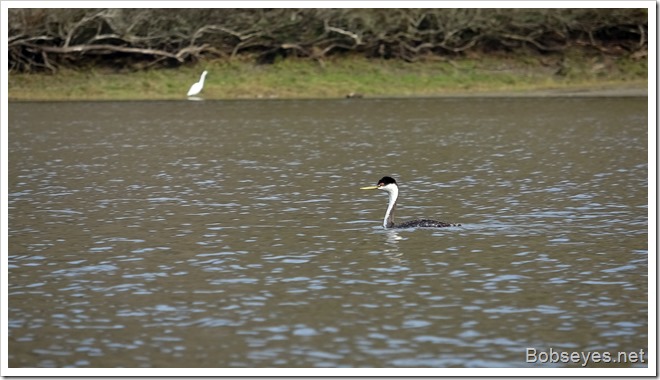 I slowly worked my way up to this spot called Muskrat and sat and watched for a good spell, before crossing the river and heading back down the other side. 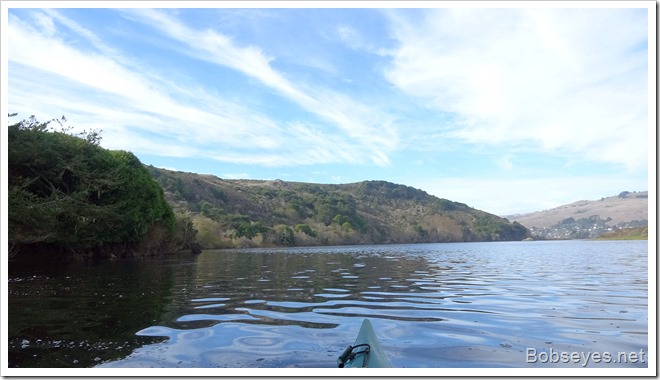 This loon swim by in front of me as I sat there in my boat. 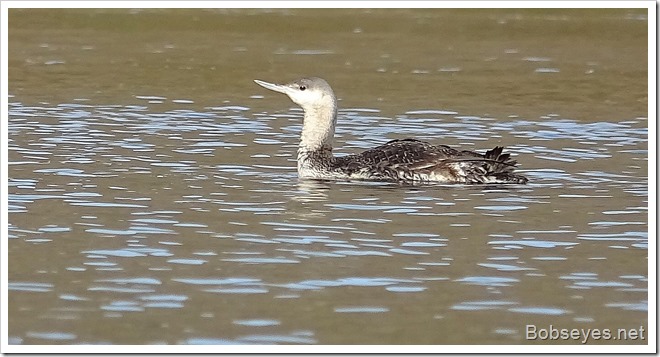 Eventually I crossed over the river and worked my way down this side until I got past Paddy’s rock up ahead on the left where I crossed back over to the other side of the river. 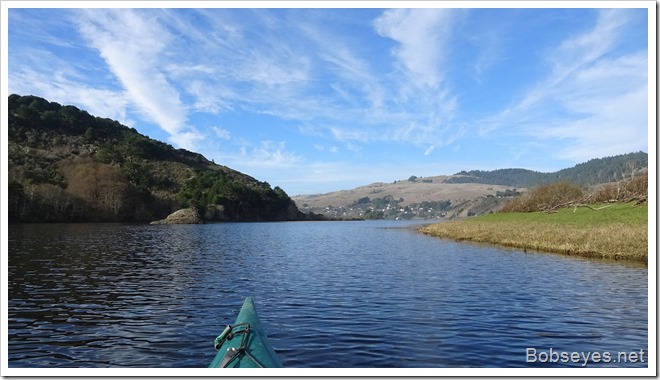 I paddled by these birds resting on the gravel by Paddy’s rock, mostly mallard ducks and some cormorants too. 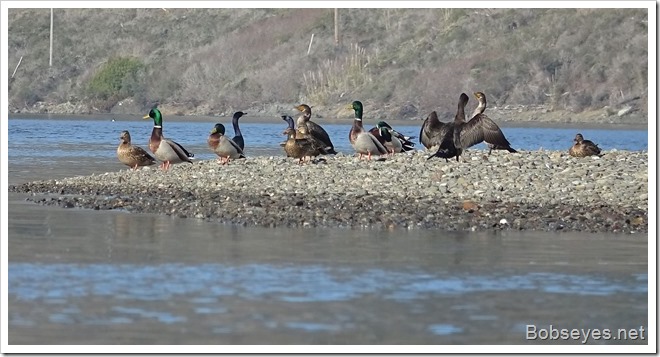 Not one eagle but two eagles

From there I crossed over to the other side and was paddling down just past this spot when a big bird flew over my head heading back to this spot I call Eagle’s landing. I noticed it was a bald headed eagle as it flew over  my head, so I turned and watched the bird to see if it was going to land or not at eagle’s landing. It turned into the trees and landed somewhere so I paddled back up to here to see if I could find it in the trees in front of me. 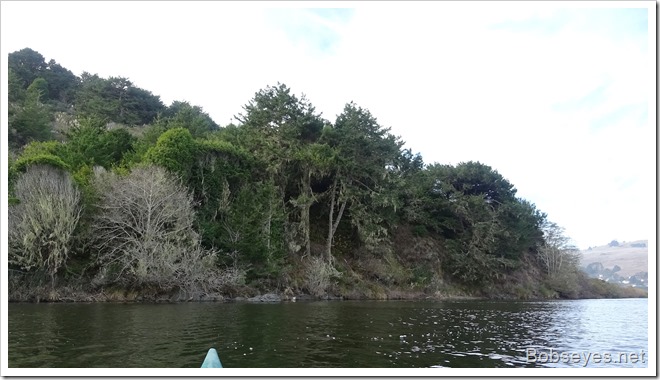 Two of them in the trees

When I spotted the eagle I was in for a surprise as there where two of them. 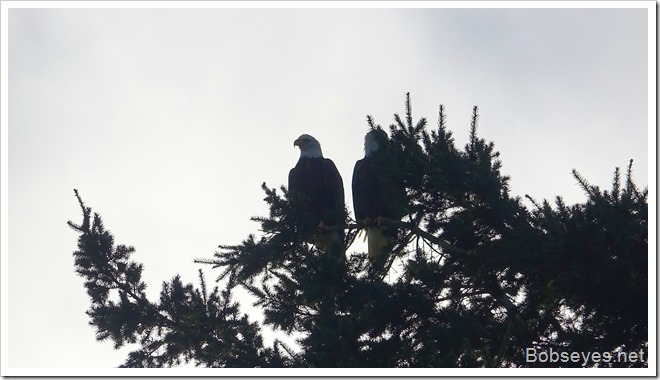 One of them got nervous and flew off, but the other one stayed so I took some photos. 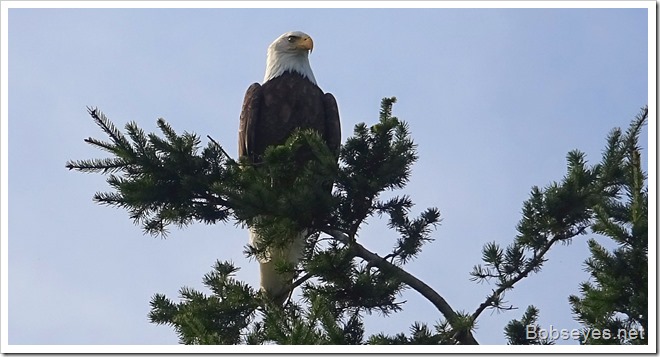 I watched the eagle for a bit then headed back down the river. 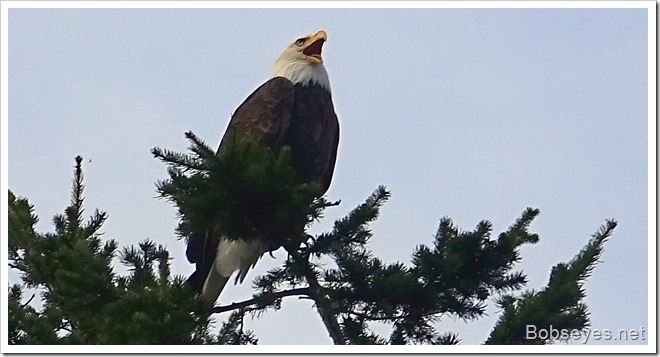 You can see why I like to pull into this spot on the upper end of Penny Island. It’s a little channel that is always out of the wind, but no wind today. 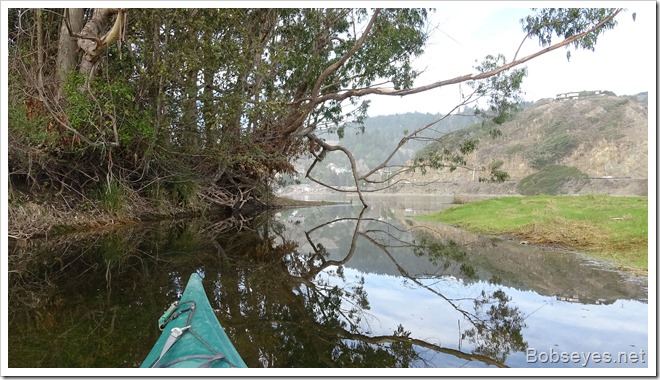 I popped out the  other side of the Island and looked down towards the mouth area which looked like this. 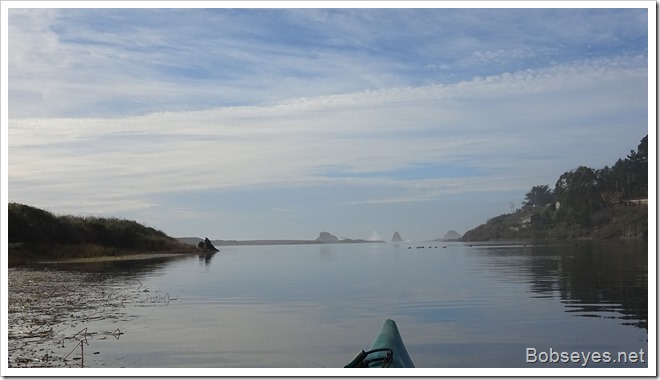 It looked so nice I  had to paddle down there

It looked so nice I decided to paddle on down to the mouth area and have a look so I headed that way. I could hear the ocean waves beating on the shoreline. 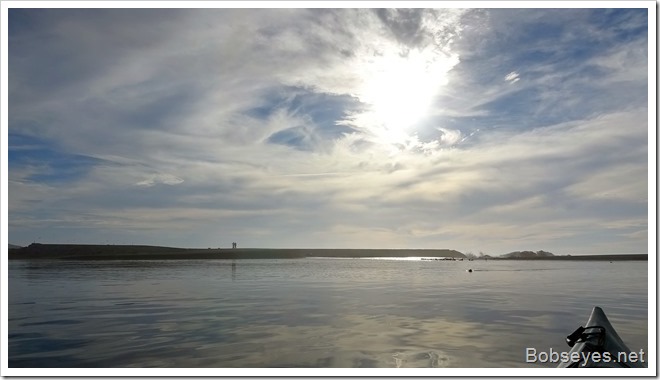 On the way this river otter swim by me headed towards the mouth. I watched it for a bit, then it swim off somewhere. 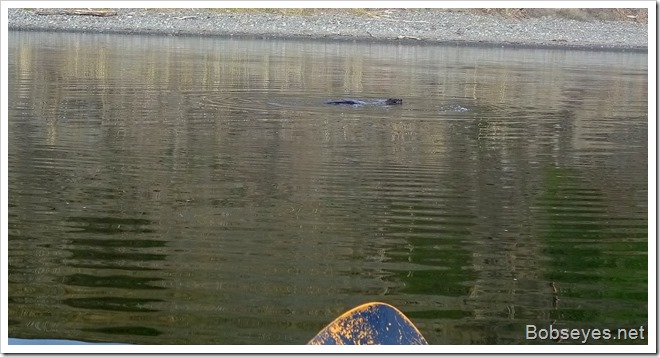 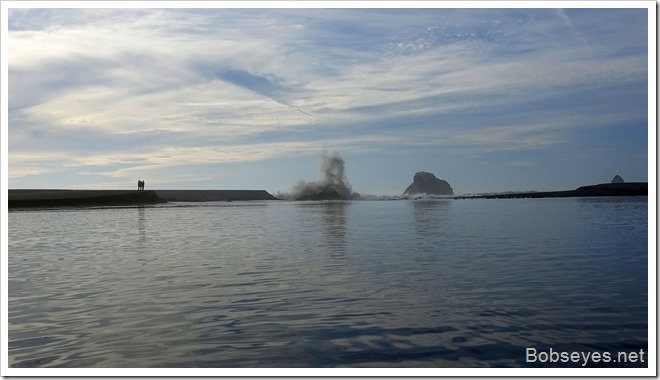 Here’s a few of the harbor seals resting down here in front of the jetty as a big wave comes in and breaks over the jetty. The seals were keeping an eye on me so I didn’t get too close. 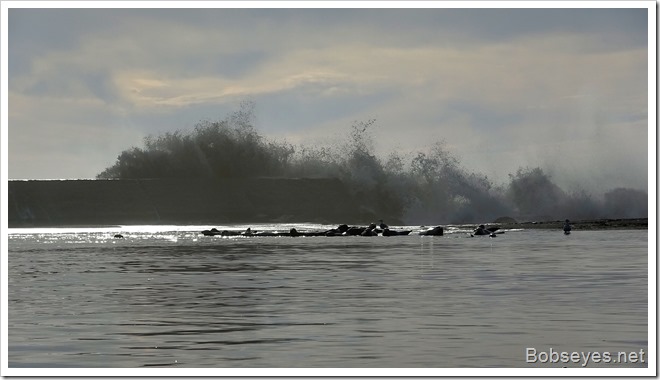 A bunch of harbor seals

Eventually I headed back towards Penny Island and ran into this bunch of harbor seals in the water doing I know not what, but something was going on as they all were hanging out in this spot. 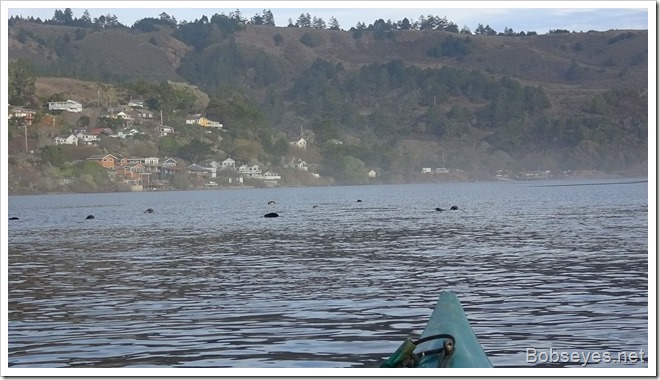 And some deer on the island

As I approached the lower end of Penny Island I could see a few deer grazing the grasses there.

Here’s a young spike which means he’s about a year old. These deer live on and off the island and  think nothing of just swimming across the channel to get to and from the island. They don’t have to worry about getting their clothes wet so don’t seem to mind swimming the water at all. 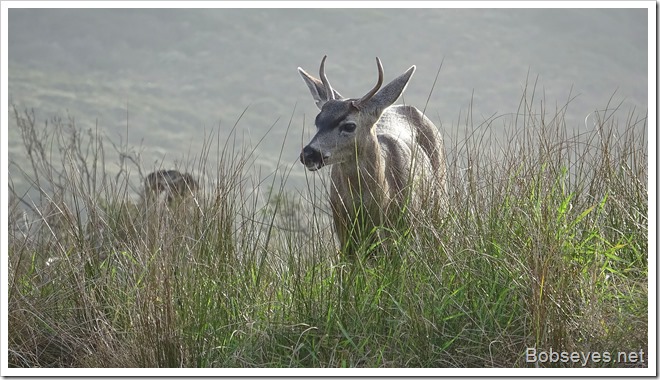 Going on in for the day

I headed towards the boat ramp to pull out for the day and turned and looked back just before getting to the ramp and this was the view looking over Penny Island west. 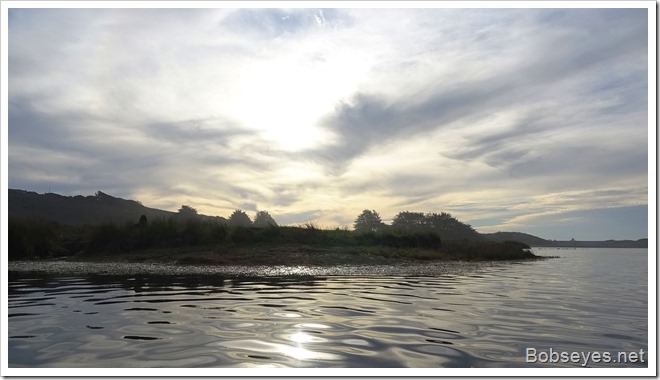 I put the boat on the car and went on home.

Fixed some muddy spots in the yard

After a short nap I went outside and rounded up the wheelbarrow and a shovel. I loaded the wheelbarrow with redwood mulch. During the last rain I found some muddy spots I had to walk through in the yard, so I put a layer of mulch on those spots which should take care of the mud.

Back to town to pick up some fresh salmon

That was pretty much it for the day, however a friend was bringing me some fresh frozen salmon down from Port Orford Oregon and I had to meet him in Guerneville at the Bullpen bar at 8PM to pick up the salmon.

Me in a bar

Well that’s something I never do around here. I’m not a bar type person so I’ve never been in most of the bars in Guerneville. My friend plays pool here every Wednesday night.

Here’s the inside of the Bullpen bar. 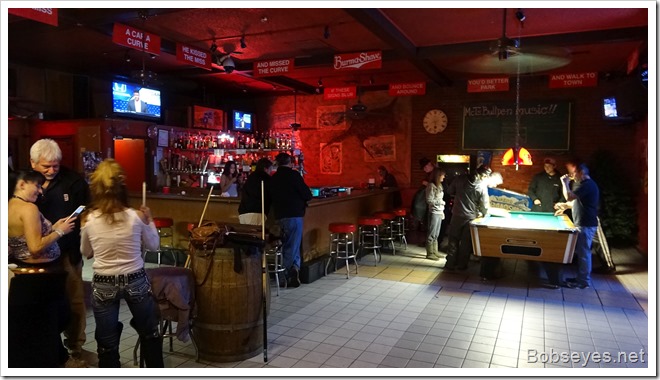 My friend was there, but he had forgotten the fish, so we shot the bull for a bit before he had to play pool with his friends and made arrangements for me to get the fish before he heads back up to Oregon.