A Paddle, Shopped, Fixing the Norcold Fridge and Put the Big Wheels On the Mower

A paddle at Jenner

I put the boat in the water at Jenner this morning to sunny skies and low winds. The weather guys said the winds might be around ten miles an hour today, not bad, but for now they were down as I paddled across the river to Penny Island. 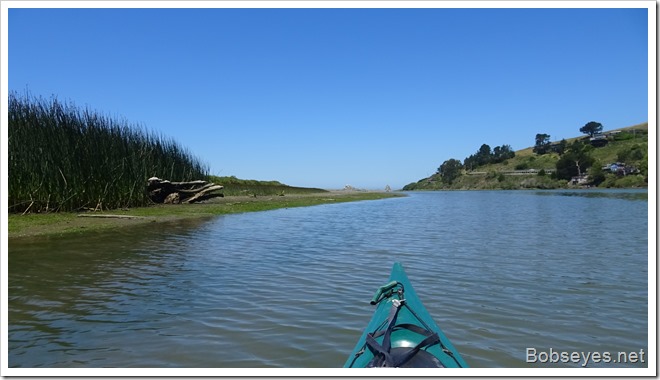 I headed down river. The tide was out and there were a bunch of crows feeding on something in the gravels that are usually under water during higher tides. 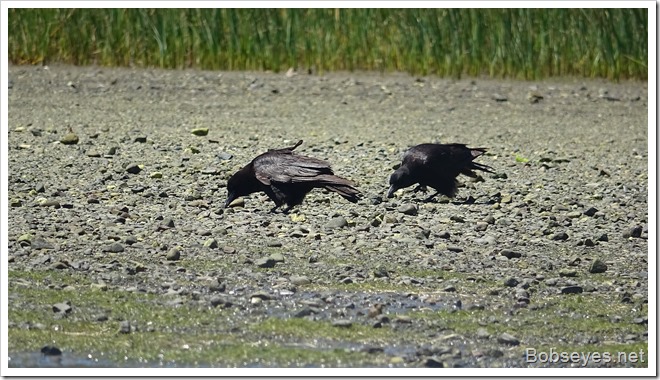 I was paddling near the bottom end of Penny Island and could see some birds on the gravel to the left so I went over to investigate. The wind was starting to come up a bit. 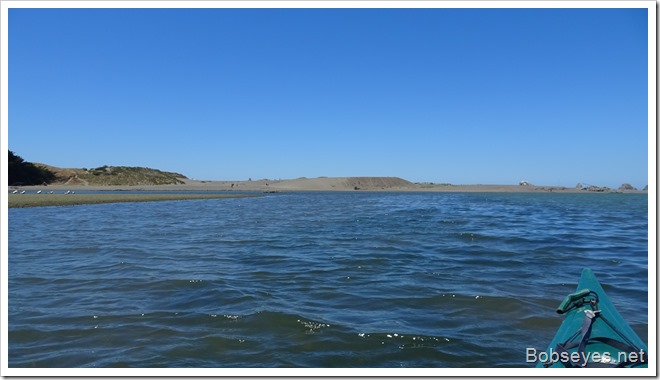 The birds turned out to be terns resting on the gravel doing some grooming. 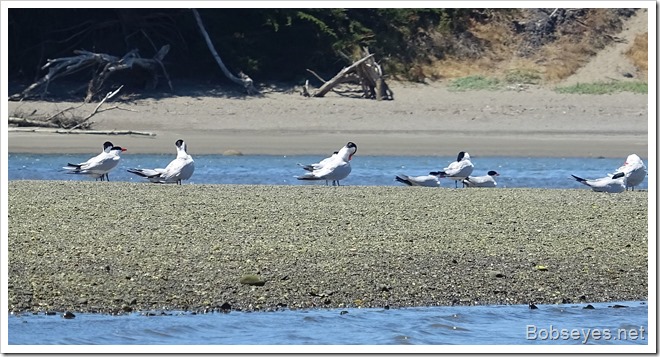 I paddled down across the river towards the mouth and stopped in this spot and decided the wind was coming up and turned back up the river. 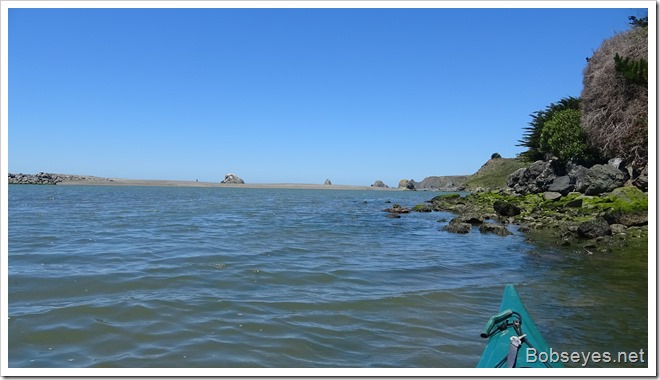 Birds by the mouth area

Before I left I checked out these birds resting on the beach down by the mouth area. 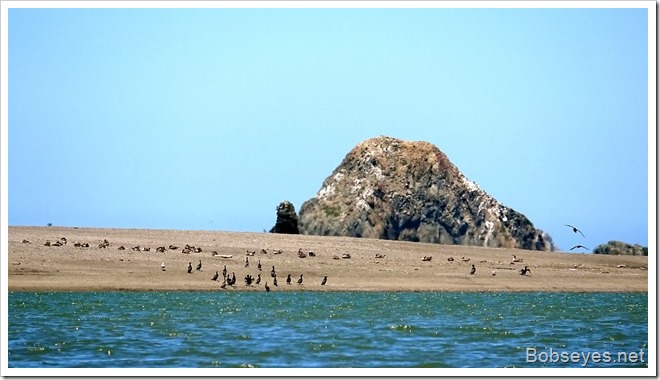 I made my way back up the river along the north shoreline going by these rocks. 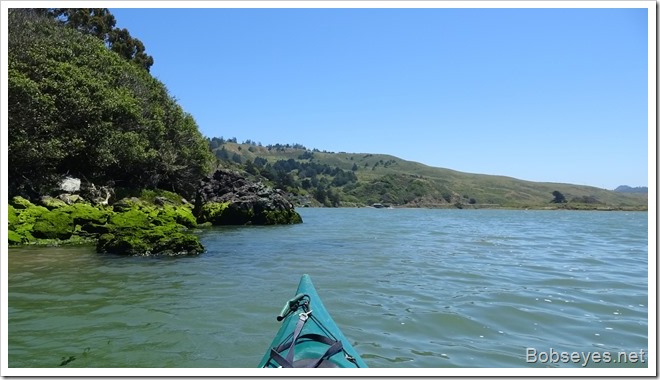 Need to get those big wheels

I was thinking I’d cut the day short and drive to Santa Rosa to Gardener’s Aid to pick up some new back wheels for the weed mower I’ve been working on.

I passed by these cormorants on my way to the boat ramp. 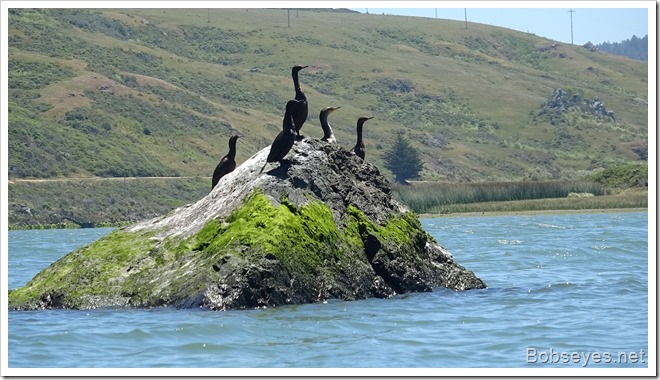 Bill gets me some big wheels

I loaded my boat on the car and headed on over to Gardener’s Aid. Bill had a couple sixteen inch  wheels for me which I purchased and headed back home.

After a nap, I went out to have a look at my Norcold fridge in the van. I had cut out some of the back boards the other day to expose the fins that were getting too hot and not letting the fridge get cold.

Too hot to touch

Checking it, the temperature was down some so it was working better, but still not as good as I’d like it to work.

You can see the cooling fins in the hole I cut out of the back of the fridge box. They as well as all the piping in the fridge was getting way too hot, almost to hot to touch. 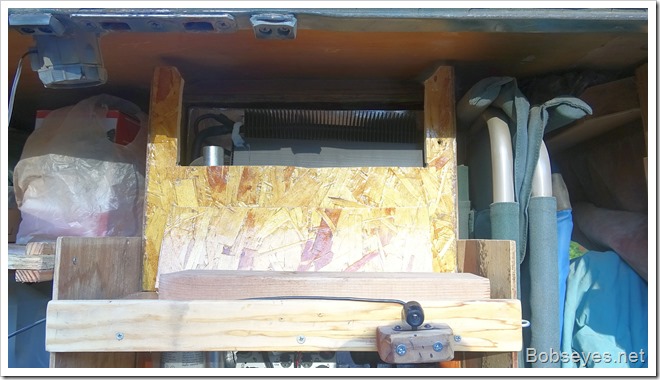 A fan to get it working better

So I hooked up this little 12 volt computer fan to blow through the whole thing and that greatly improved the fridges operation, so I need to install that fan permenately, but not right now. 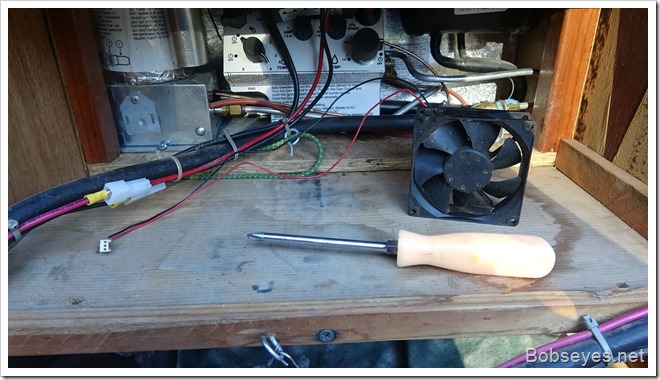 And I got those big wheels on the mower

After another break, I tackled the rear wheels on the weed mower. Here’s the new wheels and you can see the old wheels are fairly well shot. 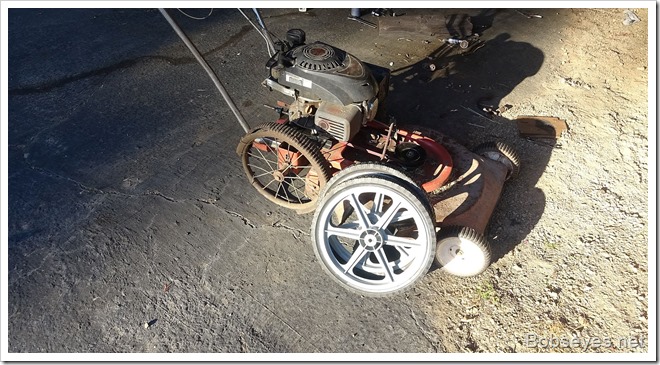 The new wheels made the mower much easier to push and now I have almost a new mower. 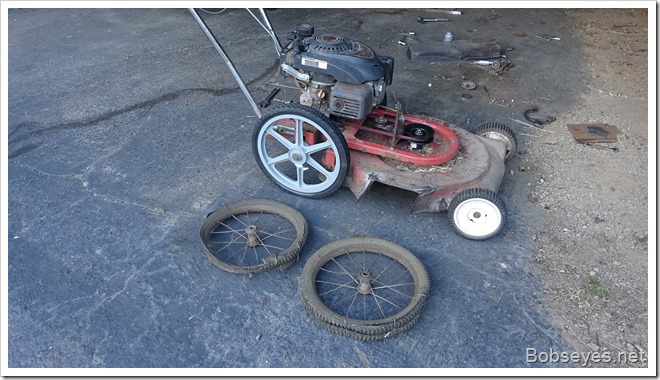 I spent what little was left in the day and puttered around in the yard and that was my day.

1 Response to A Paddle, Shopped, Fixing the Norcold Fridge and Put the Big Wheels On the Mower