A Paddle at Monte Rio and Making Some Pickles Too

Paddle at Monte Rio down

It was drizzling lightly as I got it going this morning. Seemed like a good day to go down to Monte Rio for a yak. By the time I got it all together most of the drizzle had stopped.

I put in at the Monte Rio boat ramp just below the bridge and headed down river which looked like this. 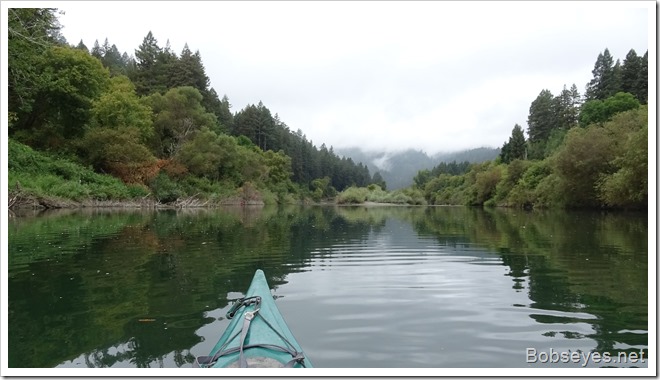 Monte Rio has quite a lot of birds that are mostly friendlier than most places.

Here’s some mergansers I went by. 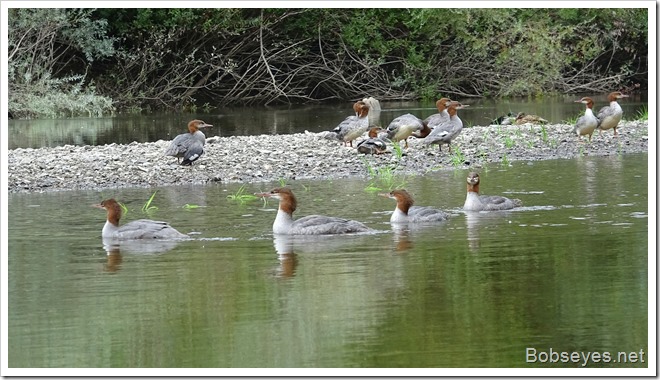 And some mallard ducks too and a bike. 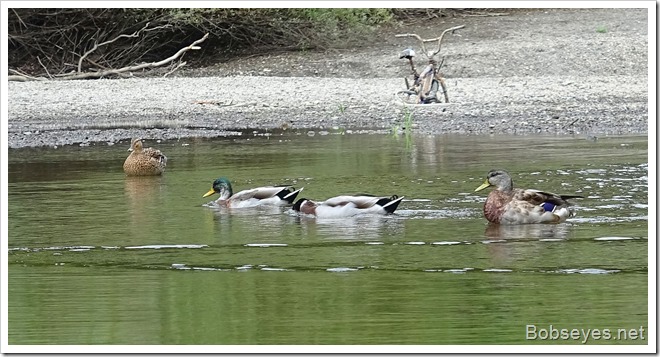 I continued to paddle on down the river not going very far. 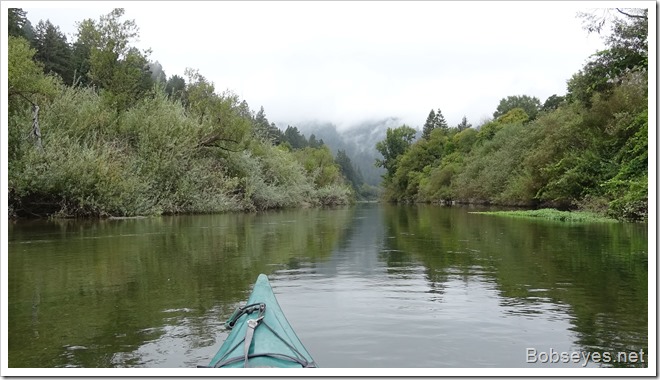 I saw this thing splashing along the shore line that turned out to be a robin taking a bath. 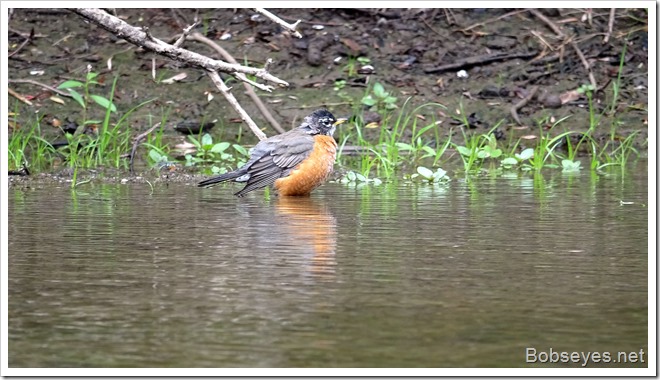 And these cormorants taking it easy. 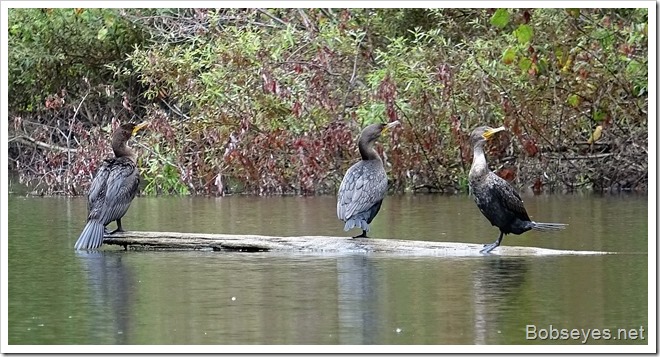 I continued on down at a very slow pace. I’m headed down to the Villa Grande hole about as far as you can see in this picture. 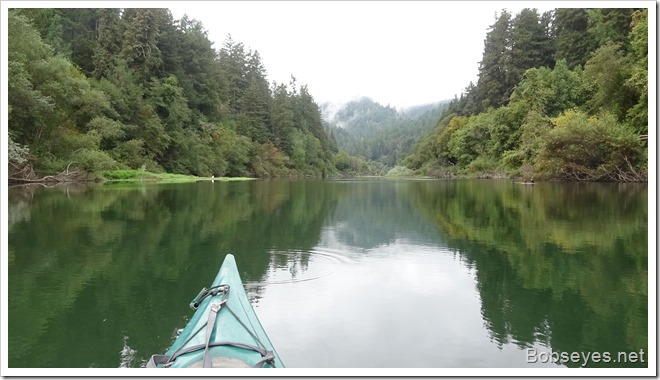 On the way I paddled by this green night heron. It kept an eye on me but didn’t fly off. 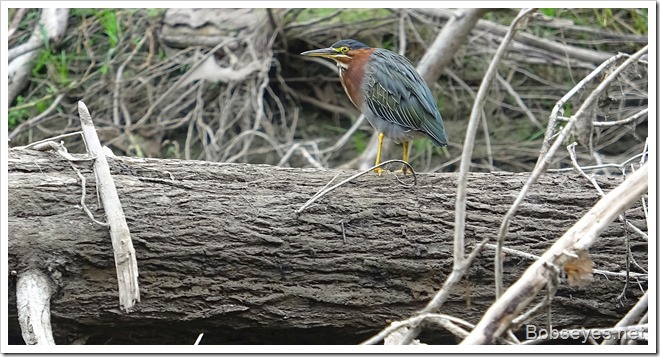 I saw something moving in this brush in the middle of the river so I paddled over to have a look. It turned out to be a young turkey vulture eating some kind of bird, maybe a cormorant. 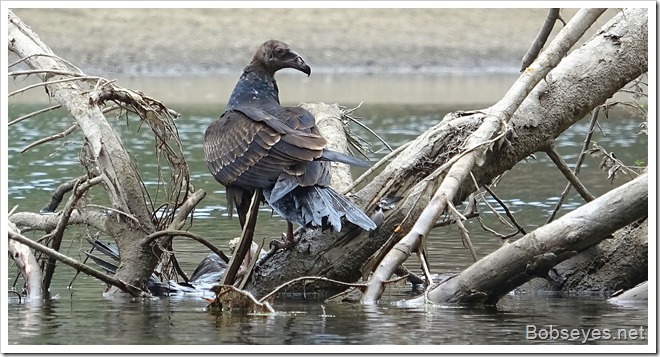 I paddled on down to the Villa Grande hole about a mile below the boat ramp where I started and hung out for about an hour taking it easy here. 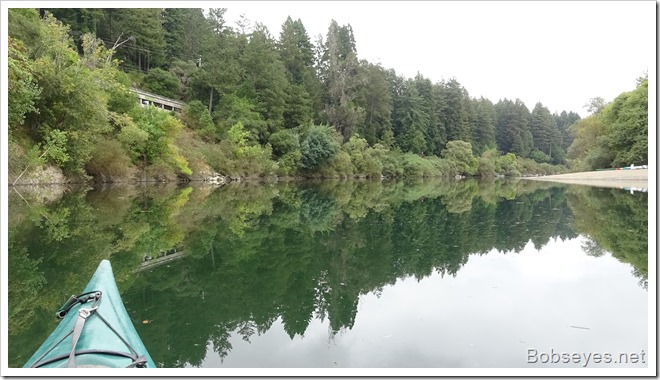 This male mallard duck was swimming around me hoping for a handout. 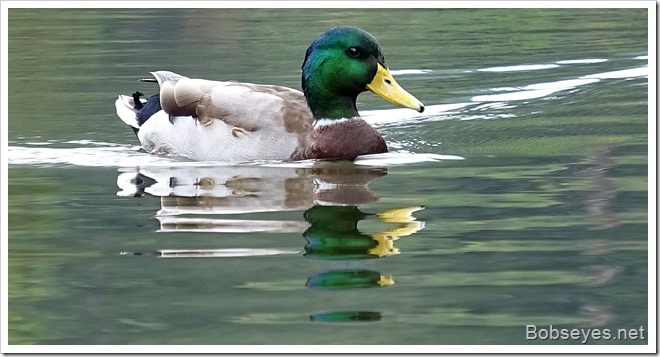 I started back up the river after about an hour and paddled by this egret which was fishing along the shoreline. 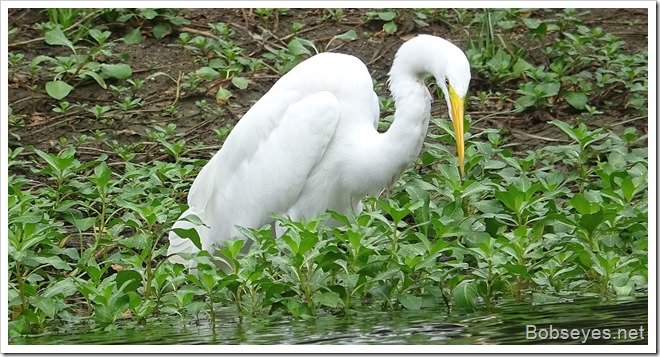 I’m paddling back up the river just below Monte Rio here, almost back to the boat ramp. 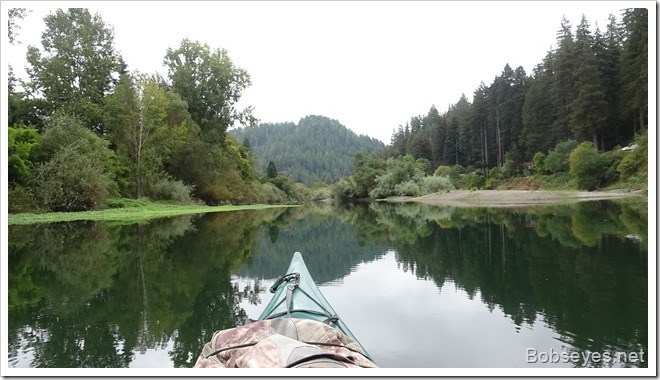 I went by this great blue heron  which squawked a lot as it took off letting me know it wasn’t pleased I had disturbed it. 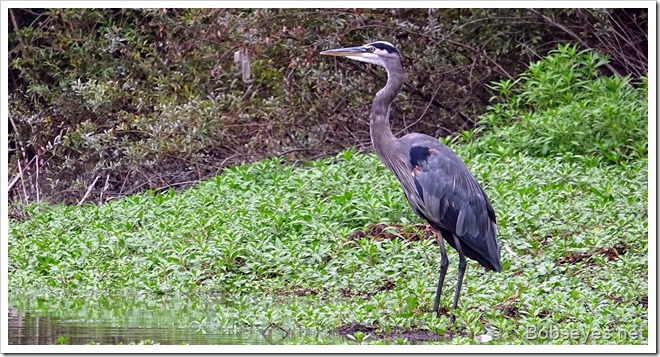 I put the boat on the car and went on home for the day for a nap.

Picking cucumbers to make some pickles

After a nap I decided to go over to my brother’s garden and pick some cucumbers to make some pickles.

I walked the short distance over to his garden. 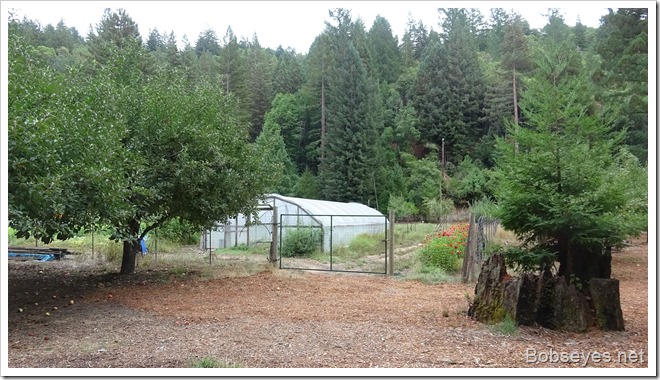 The cucumbers had mostly had it, but there were still enough for me to make some pickles, big pickles. 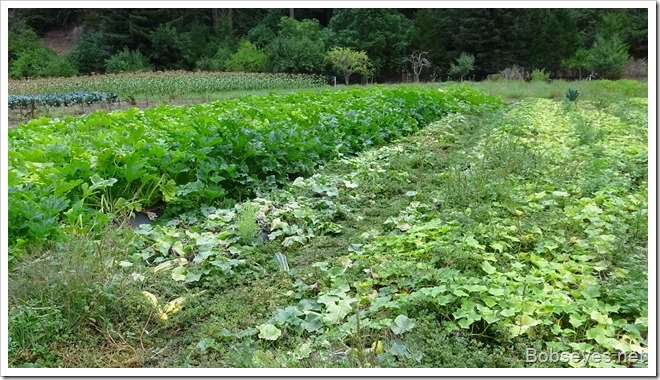 My brother said to add some of the red bells to the pickles too so I picked some of them. 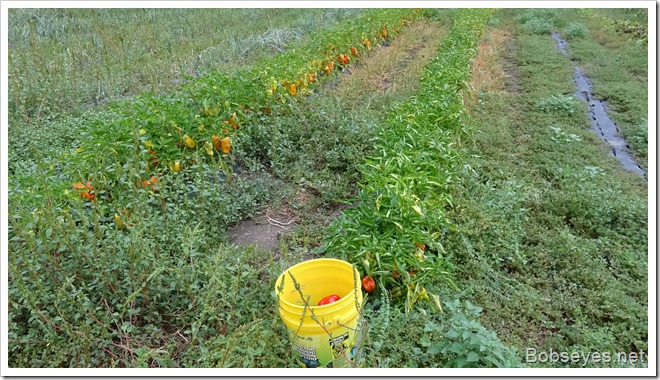 He also gave me some garlic for the pickles too, so I went on home and made up some brine and started a pickle batch. I’m just making them in a big pot, no jars so it’s easy.