A Paddle At Jenner With Two Of My Favorite People

Two of my favorite people showed up with their new fold up kayaks for a paddle at Jenner today, Cynthia and Rob. I went to school with Cynthia starting with kindergarten.

Their kids gave them these fold up yaks a short while ago and they’d only put them together a few times so far.

The yaks are in those suit case things and they had to be assembled. 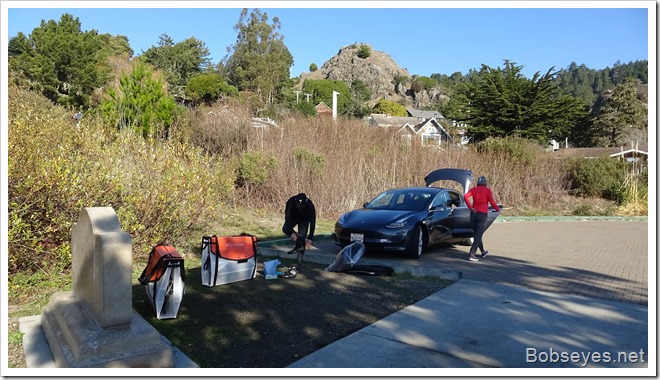 I talk too much

Rob started putting things together and I wasn’t helping much as I was shooting the bull with them when they needed to concentrate. At this point it was looking to me like these things wouldn’t be good in the wind but wait, things got better after a few mistakes caused mostly because of me yakking at them. 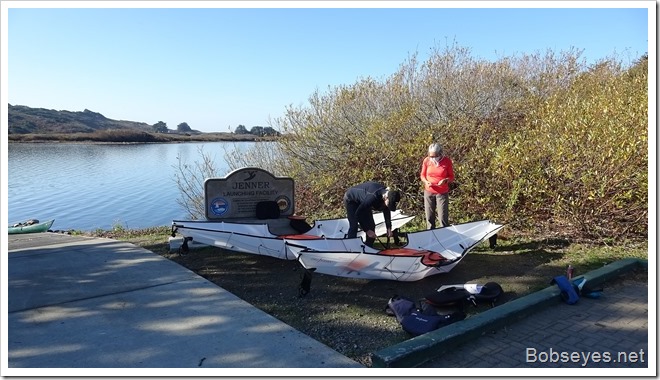 Now they were starting to look more like kayaks but there was a problem. 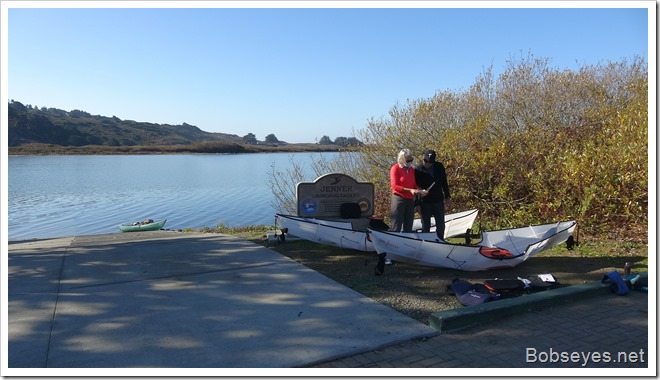 They had a cord wrong and the only solution was to almost completely disassemble one of them and start over doing it right. 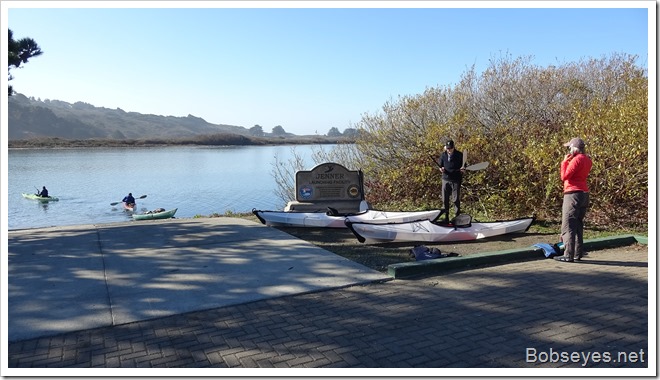 Well like I said I likely caused most of their problems by yakking with them and distracting them from their work but they finally got them right and we put in at the boat ramp for a very low wind day and there were very few people on the water today. 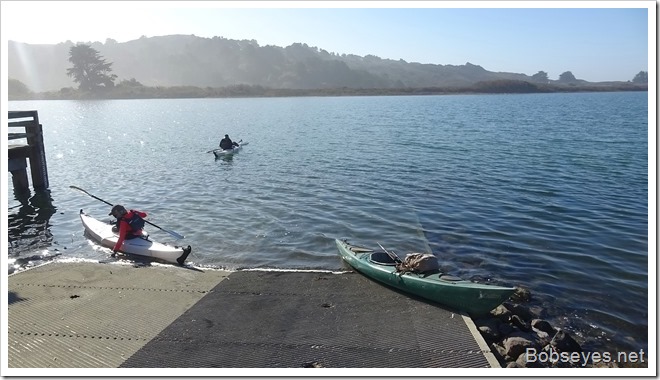 We paddled across the river to Penny Island and then headed up the river.

We ran into these two that I’d not seen in a long time. They work for the water company and were getting measurements from the meters below water. I stopped to say hi and see who they were as with the masks I didn’t recognize them. I did know Jeff. 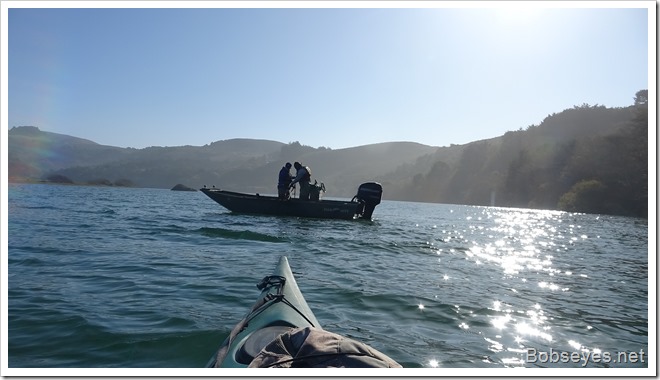 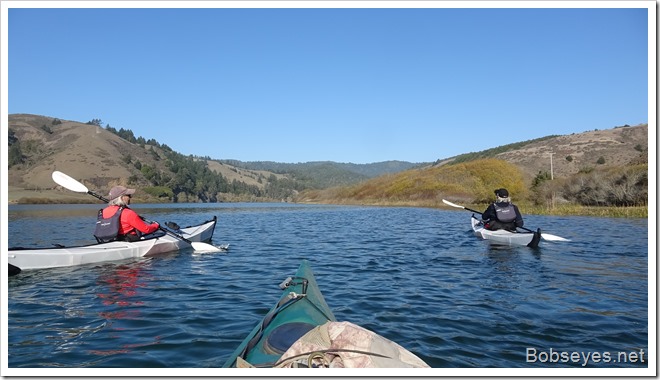 We’d just pulled into Willow creek when they both said otters.Where I said. 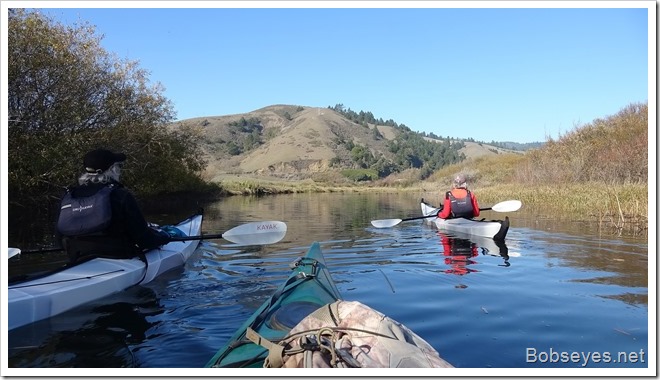 Sure enough there was a group of young river otters just up ahead. 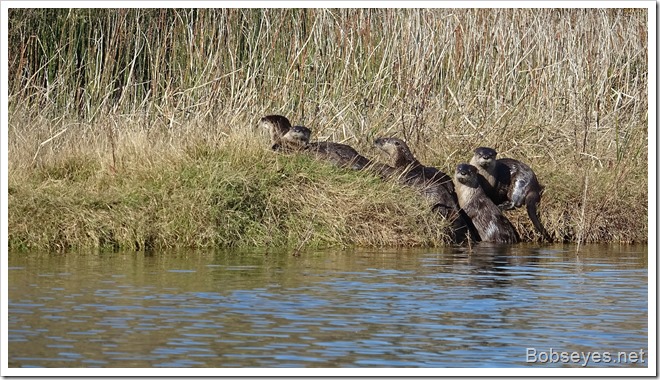 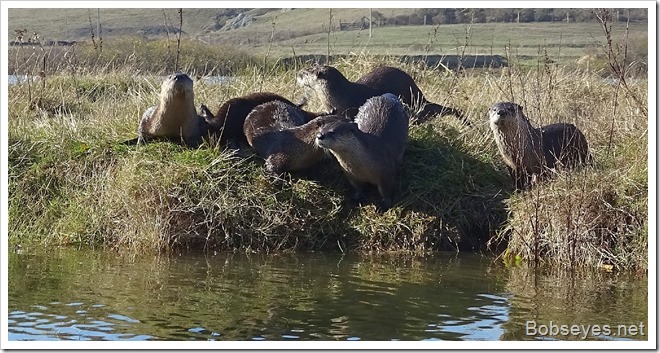 After getting plenty of real good pictures we continued into Willow Creek and sat for a bit before heading back out and going back down the river, headed for the closed river mouth just up ahead. 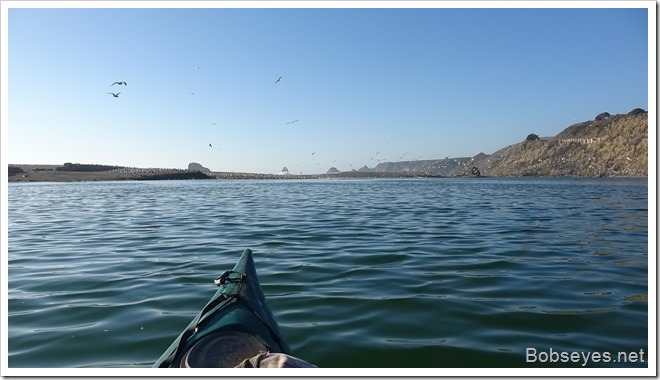 Big waves were breaking over the jetty where the mouth is usually at and there were lots of gulls on the shore and in the water and about 20 harbor seals resting on the beach. 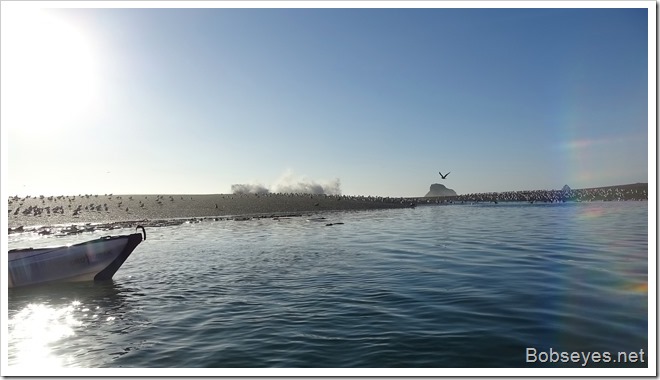 Cindy was using her IPhone and clicking away. 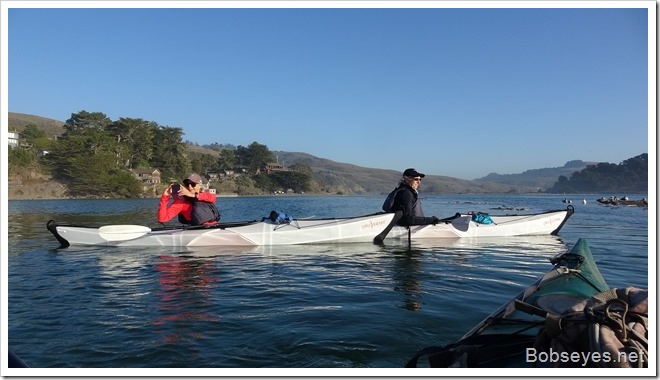 After about a half hour down there at the closed mouth I took them down to the river’s end a short distance from the mouth area.

From there we paddled over to a friend of theirs house, but  he wasn’t there.

So we headed to the boat ramp where we took out our boats and they folded theirs back up.