A Paddle, a Walk For Blackberries and the New Little Peeps

I was off to kayak at Jenner this morning once I got it going which was around noon.

The wind was down and the sun was out as I pulled into where the boat ramp is located at Jenner. It was going to be a warm day so I put on less layers and put my boat in the water and paddled across the river to Penny Island and headed on down river going this way. I think I may see an eagle up ahead on the gravel shoreline but I’m too far away to tell yet. 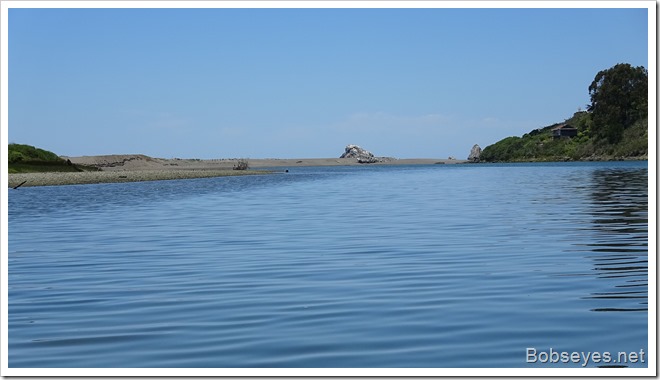 It turned out to be a fish eagle also known as an osprey. It was taking a bath. 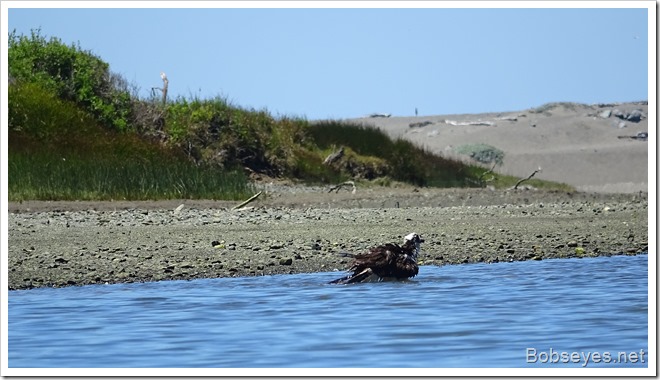 I stopped here for a bit just off the bottom end of Penny Island and was about to cross on down to as far as you can see on the water to where the river’s mouth is. 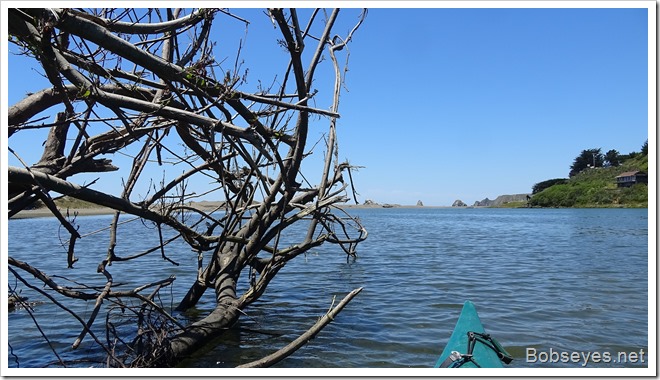 The little breeze we had died down and it got warmer. I had to remove another layer. Headed to the mouth area. 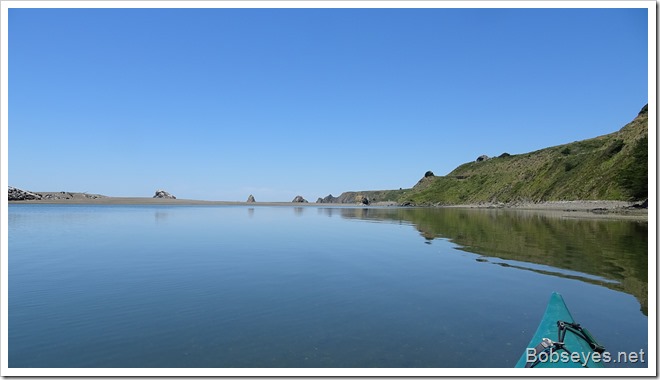 I paddled on by this great blue heron doing some fishing there. 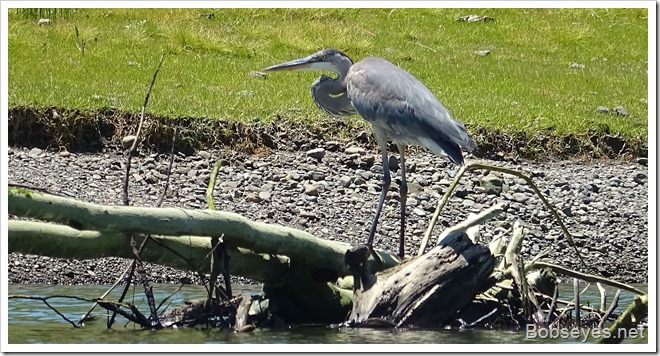 I’m almost to the river’s mouth area and can see a lot of birds and seals down that way on the sandy beach. 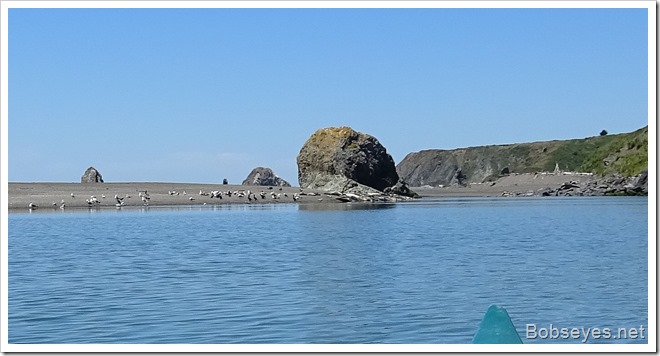 There were a number of geese hanging around today. 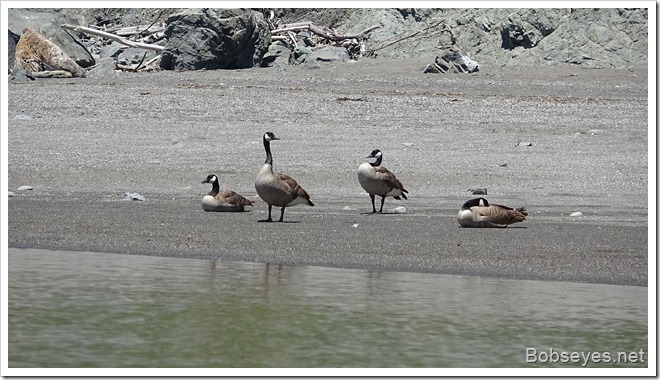 I paddled into the river’s open mouth and sat in this spot for a good while watching things as that line of geese swam across the river. There were a bunch of harbor seals resting down there too. 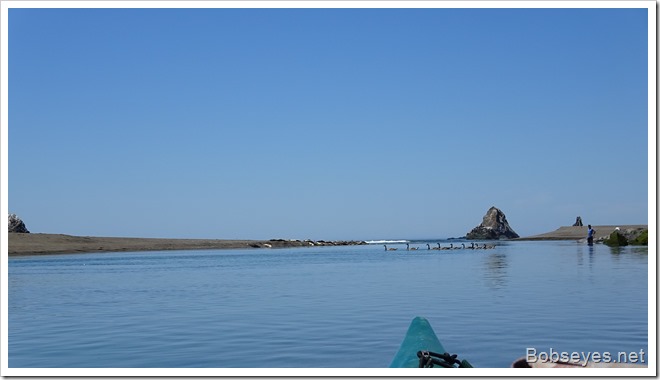 Here’s some of the harbor seals on the left side of the open mouth with the ocean waves in the background. 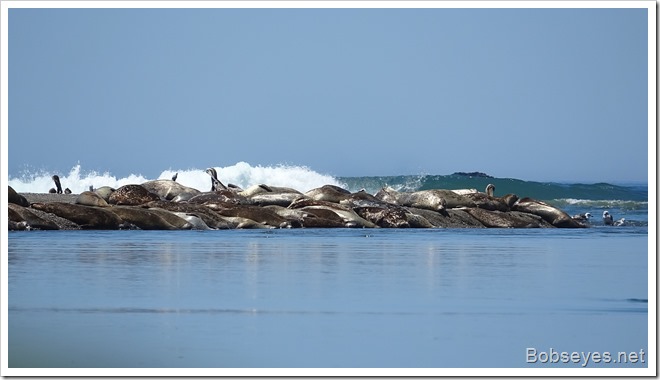 Here’s some more harbor seals and a few birds. They look pretty relaxed. 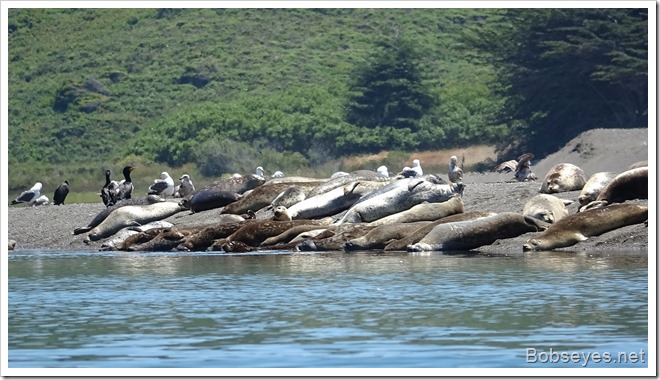 It was pretty warm down by the mouth and I was hoping there might be more of a breeze up the river a bit so I started paddling in that direction. I saw some movement on Penny Island and found this deer feeding along the shoreline. It hopped back into the brush as I paddled on by. 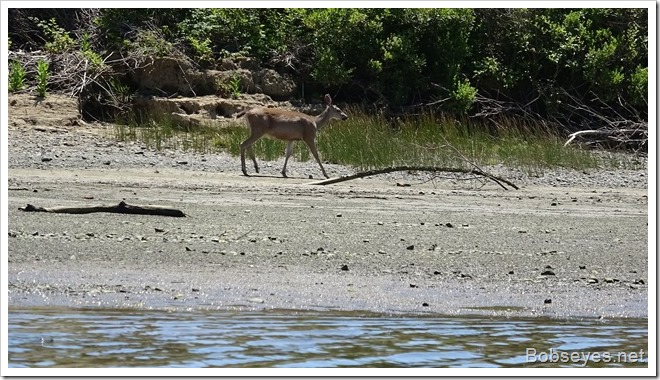 Seagull with a fish

I spotted this seagull with something near the upper end of the island so I paddled over to see what it had. It appeared to be some kind of fish it was eating.  It was trying real hard not to look like it was eating fish so as not to attract any other birds which might take it away. 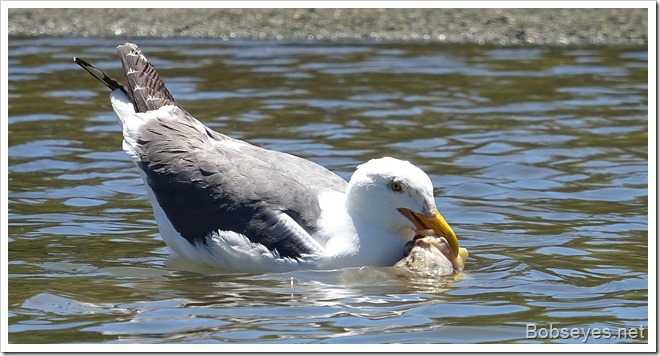 I continued paddling on up the river along the south edge when I saw some turkey vultures on the bank so I went over to see what they were eating. It looks like what’s left of a big fish of some sort. You can see the bones there. 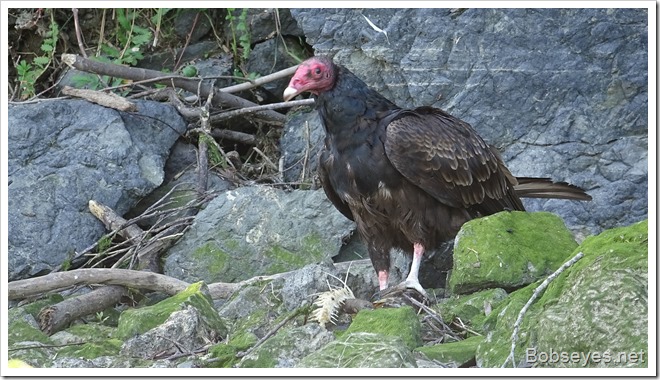 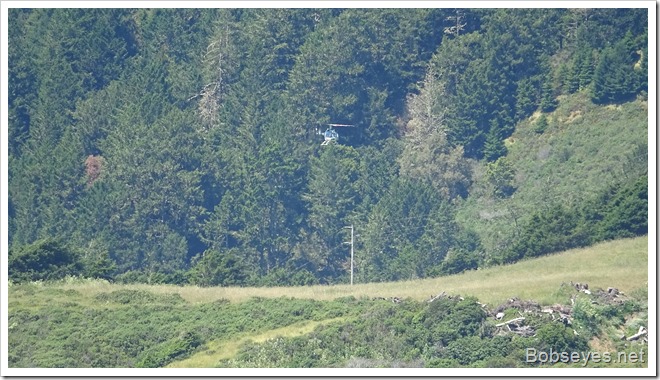 The breeze was better and it was cooler up in this area. Eventually I started my paddle back down the river going along here. 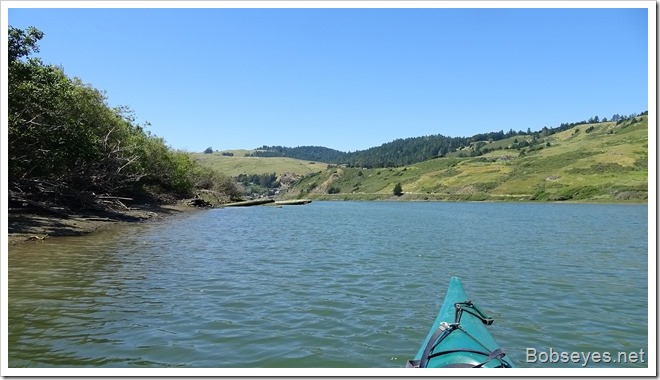 I had blackberries on my mind so I stopped and pulled into this spot to do a little walk to look for some ripe blackberries to eat. 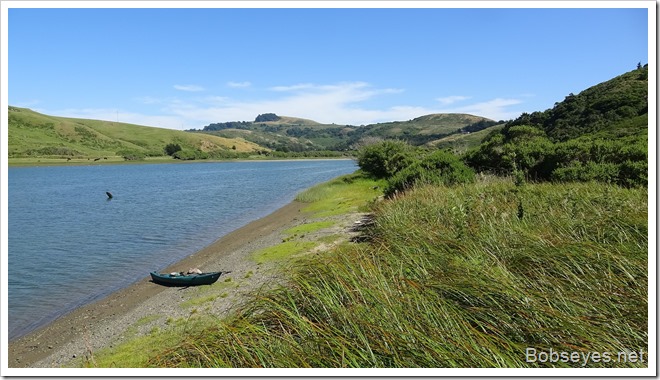 I found some ripe ones and ate them as I walked around the berry patches. I walked about a mile before returning to my boat. 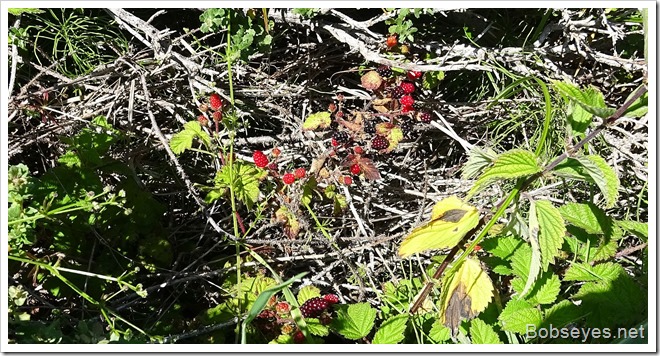 I slowly paddled on in to the boat ramp and left the river about 5 and drove on home.

Yep, I needed a nap so I took one.

Then I went outside to check on my new peeps and see if there were any more that hatched out since yesterday.

To my disappointment one of the three chicks born yesterday had died and no more new ones have hatched out yet.

Here’s the momma hen with the two new chicks. I think she’s saying, Ok you guys, now listen up. 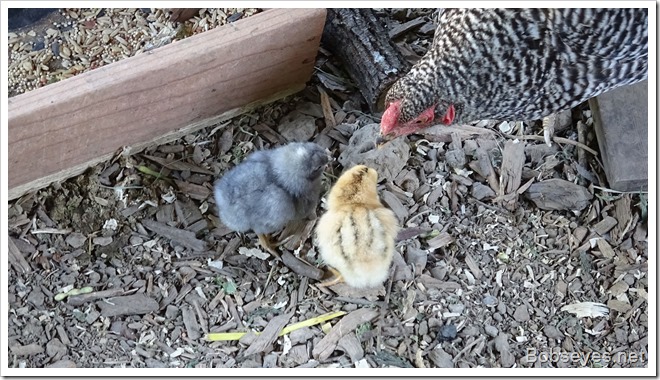 I had had plans to do some stuff but all I seemed to have energy to do was a bit of chair hopping and that was my day.

Nice day yakking on the river.