Getting in a yak while I can

With a break in the rain today, I thought I better get on down to Jenner for a yak.

The sun was out and the wind was down as I drove in and put my boat in the water. I paddled across the river to Penny Island and decided to head on up the river. The water was flat just the way I like it. 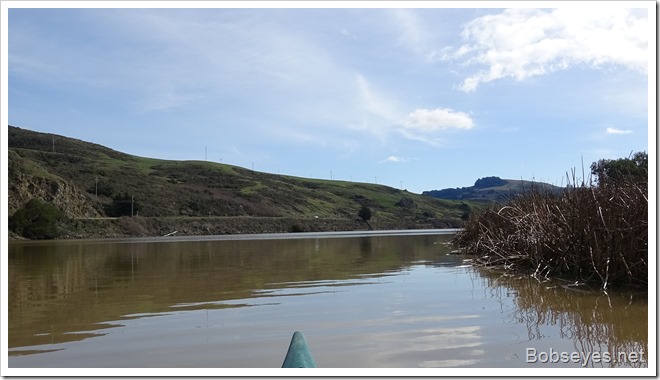 The water was also muddy from the recent rains and most of the fish eating birds had left as it’s hard to get fish in muddy water.

But there were  quite a few ducks on the water. 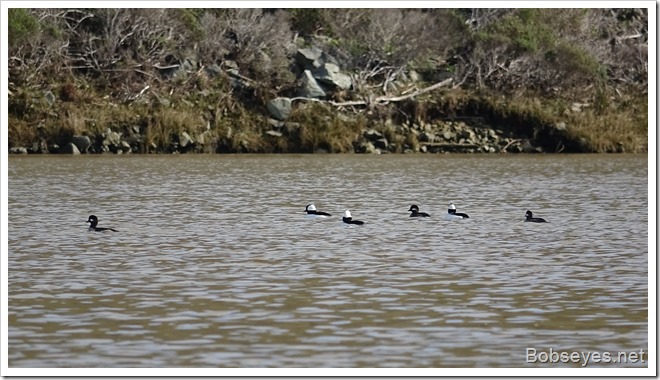 I paddled into this little channel on the upper end of Penny island and sat for a bit before crossing on through to the river on the other side. 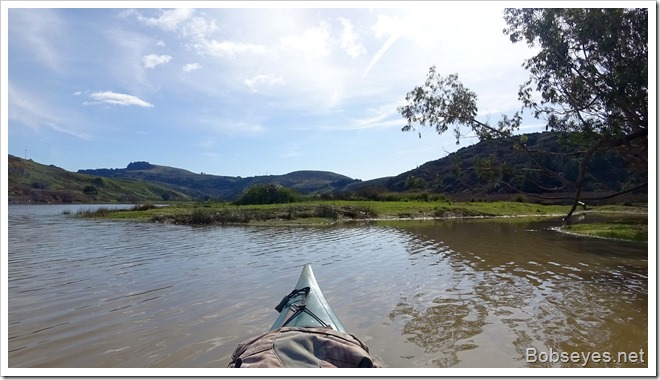 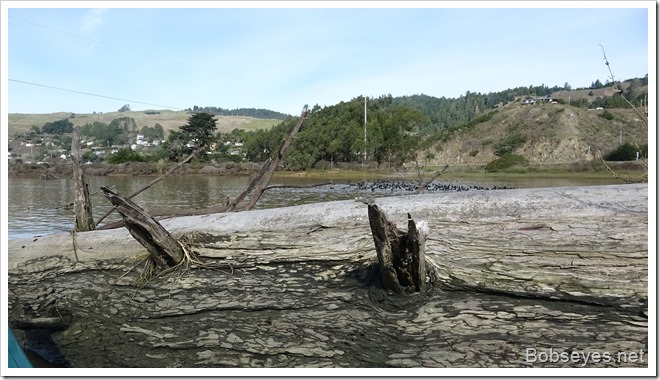 It just looks like a bunch of coots sitting on the water, but if you were to look closely, you’d see splashes from them diving to eat the dead weeds under the water. 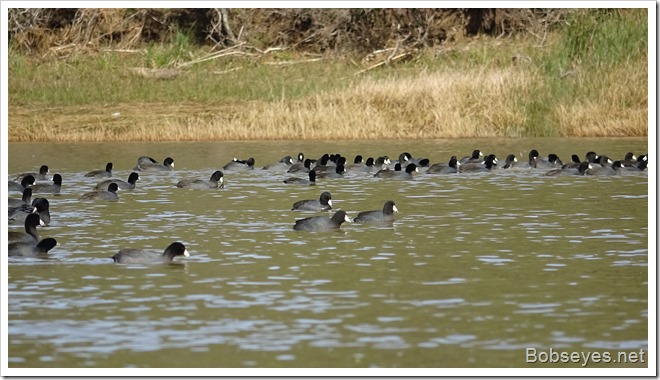 Wakes in the water

I moved on up the river going by here. With the water flat like this anything that moves under the water along the shoreline makes a small wake if you know what to look for. Three small wakes swim towards me here going down stream, likely big spawning fish maybe moving back to the ocean after spawning. 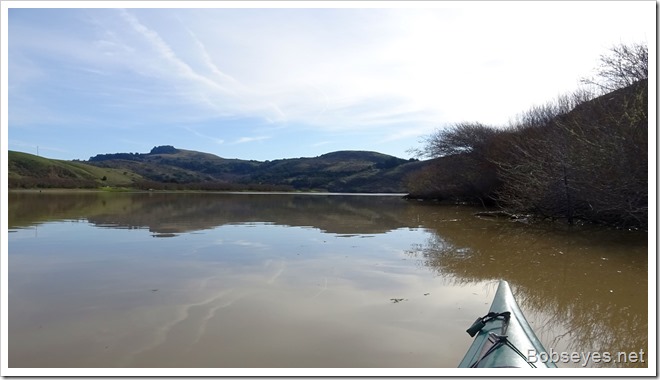 I had another small wake go by me here moving down stream at Eagle’s Landing. No eagles here today. 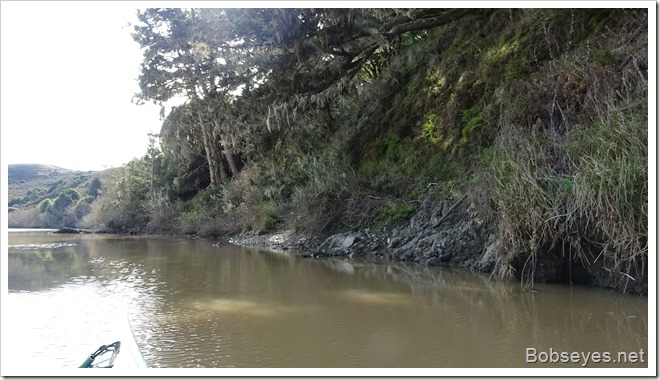 I slowly worked my way up to this spot and sat for a bit watching the birds across the river. 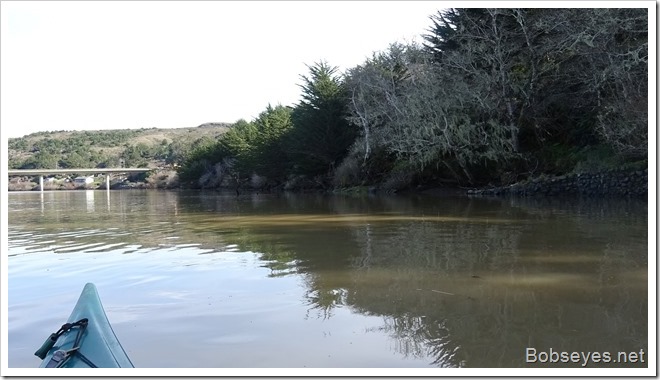 I could see these buffleheads and there are some golden eyes in there too. 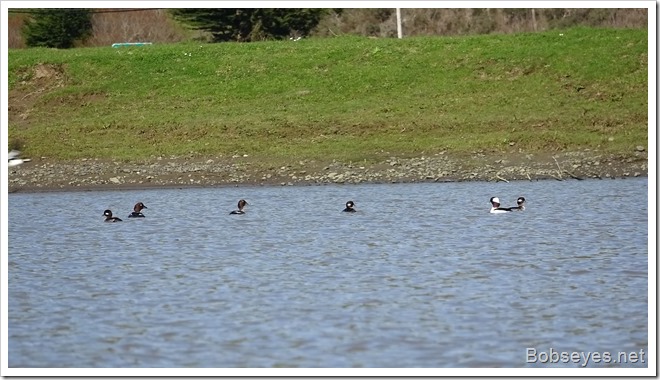 I paddled across the river and started back down.

There were a bunch of geese in the grasses across the river from me making a lot of honking warning noises, likely because of me in the area. 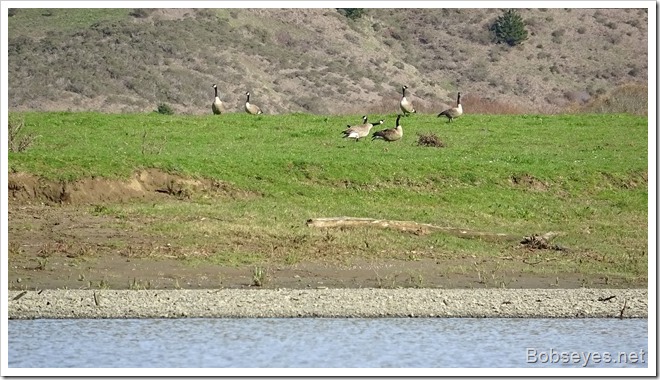 I continued on down along this shoreline. 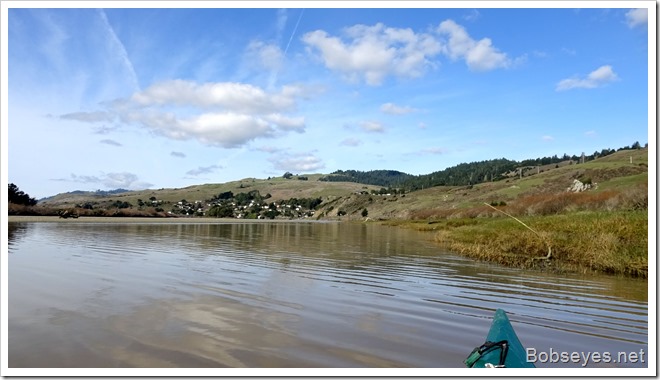 I was headed back to Penny Island and stopped in this spot for awhile on the upper end of the island. 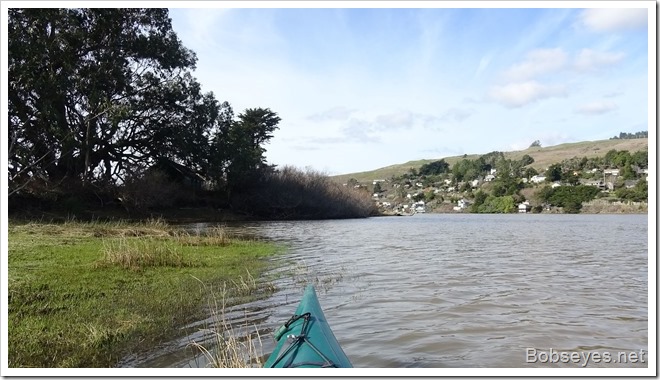 I moved on down along the side of the island to the bottom end where I stopped and watched.

Looking at the river’s open mouth

From this spot I could see the river’s open mouth which looked like this. 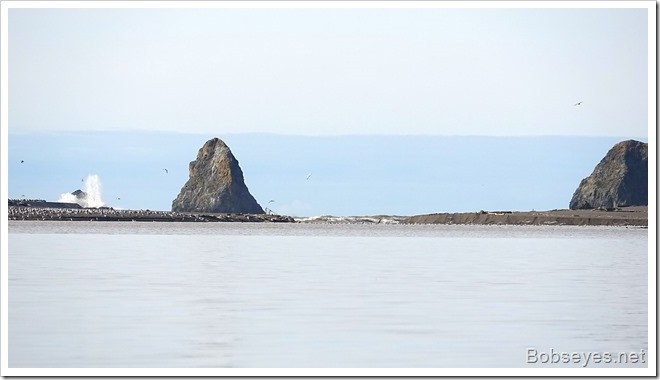 I saw a kayak go by on the other side of the river as I was headed on in.

In the parking lot I saw John’s truck so that yak must have been him so I put my boat back in the water and paddled back down to find him. I saw him paddling back up the river near the bottom end of Penny Island so I set a course to intercept him.

We shot the bull while slowly making our way back to the boat ramp. 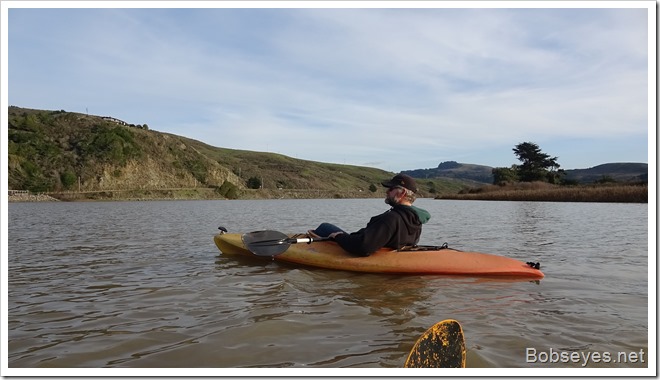 It was almost five when I got home, so I got my brother’s mail and went in for the day.

Not sure which way to go

I’ve been prepping for a trip up to Port Orford Oregon, but it seems to be mostly raining up that way, so I’m thinking about what to do. Either wait for the rains to stop, or head on down south to the Quartzite area.

Once I make up my mind I’ll do something. Either way, the prep is the same.