When I went out to feed the chickens this morning, I noticed a new little peep was born so I tried to get a picture of it, but the momma hid the little guy under her feathers, so I settled for this other little peep that is about a week old and will try for the other newer one later. 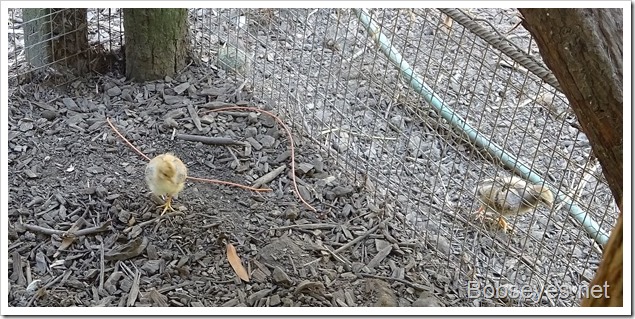 The day felt a little warm so I looked at the temperature, 83, not bad. But just the same I decided to head on up into the hills where it was about ten degrees cooler with a light breeze.

I did my dirt bike ride first. I stopped once in awhile to throw sticks and rocks off the road here and there. Good exercise that.

Here’s one of the roads I rode along while doing the dirt bike ride. 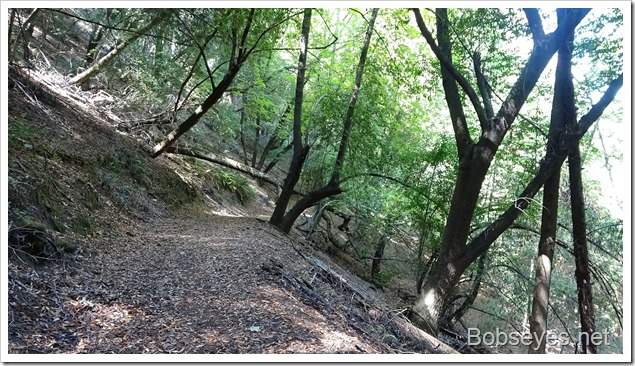 Eventually I ended up at the work area where I was doing the trail work and this was the view as I sat in the chair and rested up getting ready to do some serious work. 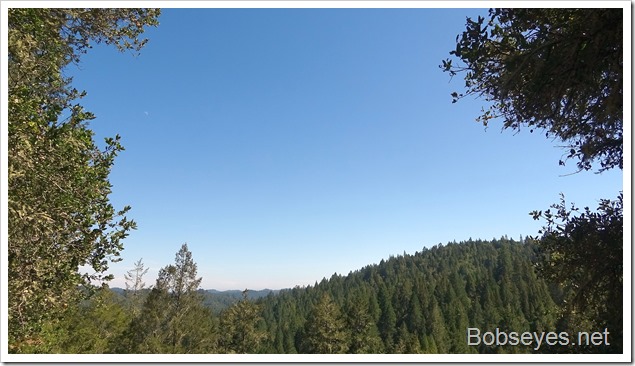 I put the other chair where I was going to work and sat down to contemplate my job, a hard one today as I wanted to remove some tree roots that were in the way. 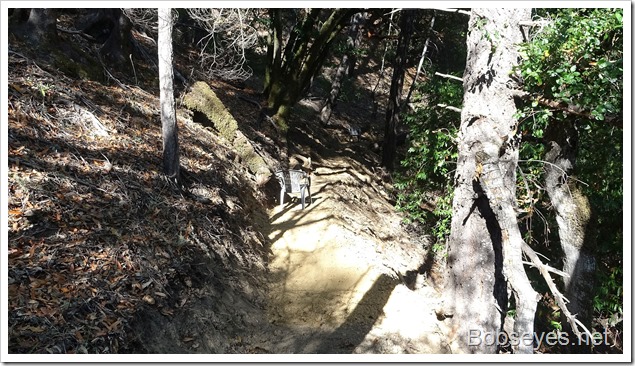 I was working on cutting these tree roots out of the ground. Dig them up and cut them off with the Pulaski, one at a time. 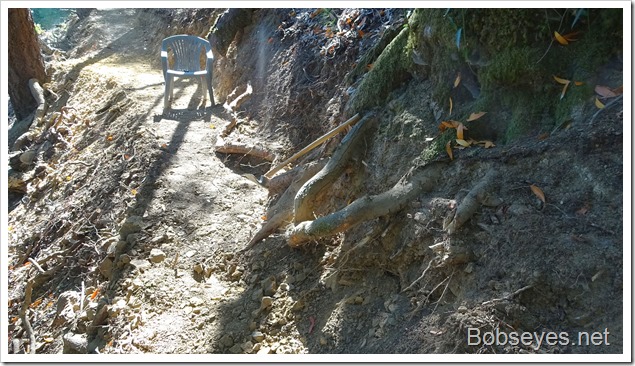 No use, the chainsaw

I thought of using the chainsaw on them but there is no way to cut them without dulling the chain on the first one. That’s because it’s on a hill and when the saw cuts it vibrates everything and dirt and small rocks slide down into the saw cut that dulls the saw in a short time, so I already knew that wasn’t going to work, so I used the axe part of the Pulaski to do it the hard way, one at a time as I said with lots of chair breaks.

I was cutting this root and when I went to pry the stuck blade out of the root, the wooden handle broke and that brought all the work to a screeching halt real fast. If you look close you can see the broken handle on the Pulaski. 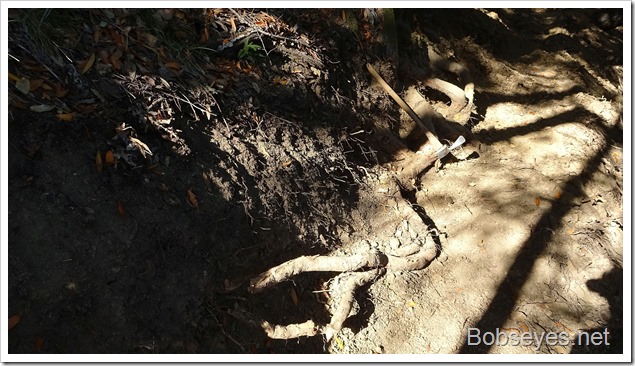 I have another Pulaski at home and will see about putting a new handle on the broken one.

At any rate, after sitting in the chair and enjoying the view, I headed on home on the dirt bike taking my broken Pulaski with me.

Tried again to get a new peep pic

Back home I needed a nap and after that I went outside to try and get a picture of the new peep.

Momma hen was still protecting the little guy so this was the best I could so. 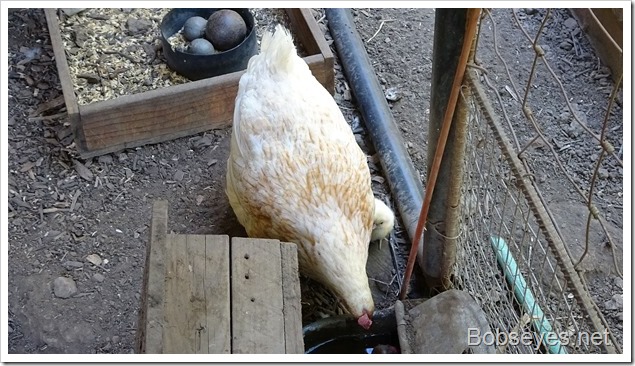 So far she has just hatched this one chick out of the eggs she’s been sitting on. I’m hoping she hatches out another one or two.

This hen had two and are the oldest ones, a couple weeks or three, I think 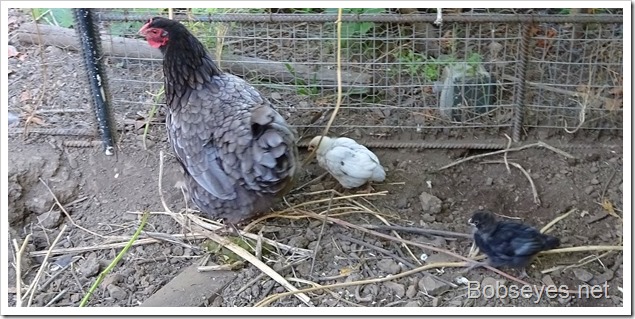 This is another hen that has little peeps. I caught her picking on the new peep so gave her some hell. :O) I don’t think it did much good. 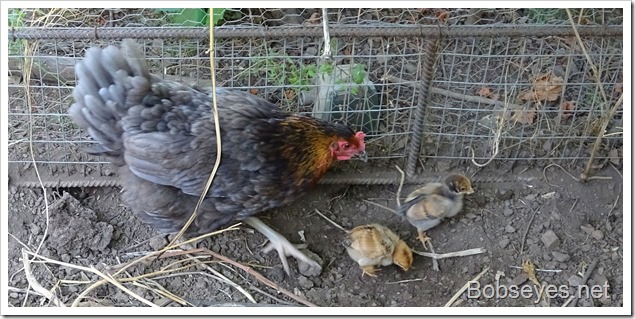