A Napping and Puttering Around the Yard Day

My bother Barry came by around noon with his dirt bike. He was going for a ride up into the hills to look for mushrooms. I didn’t sleep well last night so I elected to stay home and nap most of the day. 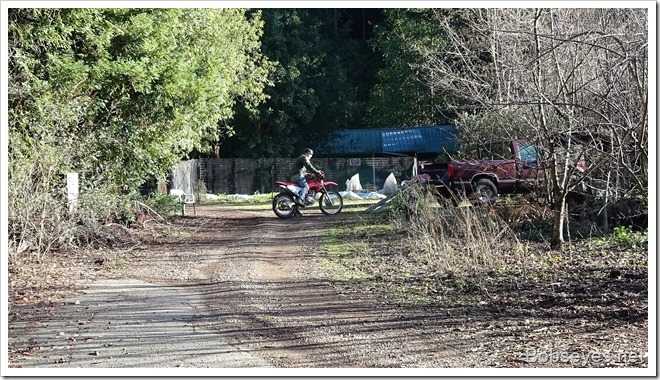 He’d been working on the snares for our crab snares we’re making.

Here’s a sample of one of the snare loops that will get attached to the wire bait cage. There will be six of the snares attached when it’s all done as that’s the limit in California on how many snares loops are allowed. The idea is to cast this rig out and the crab attack it and get some part of them in one or more of the snares. When the snare is pulled in with a fishing rod, the  loops tighten up when pulled and there’s something in them and maybe you have dinner if they are big enough. Bait cage with one loop to demonstrate. 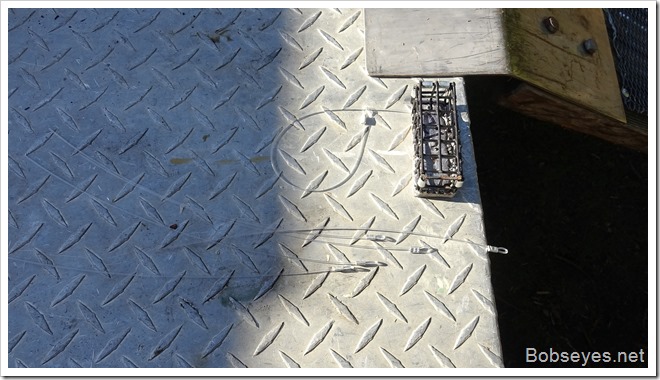 I gave him all the cages I’d poured lead in so he could take all the stuff home to finish off the rigs with the snare loops.

Between naps I puttered around the yard a bit with the chickens.

They’ll have this pile of woodchips all torn up and scattered all over the yard as it’s one of their favorite spots to scratch and look for stuff to eat. 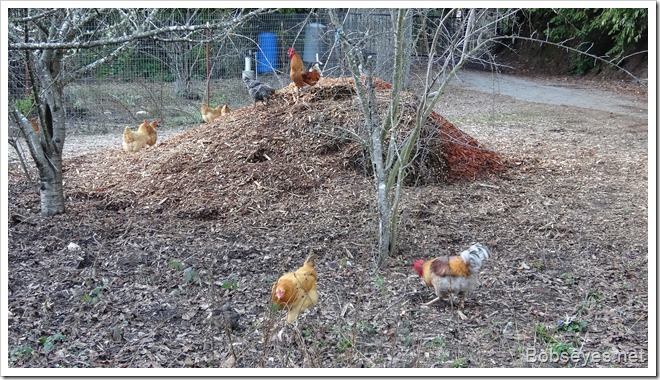 The winter’s green grasses are starting to come up which they like and will keep it mowed down. 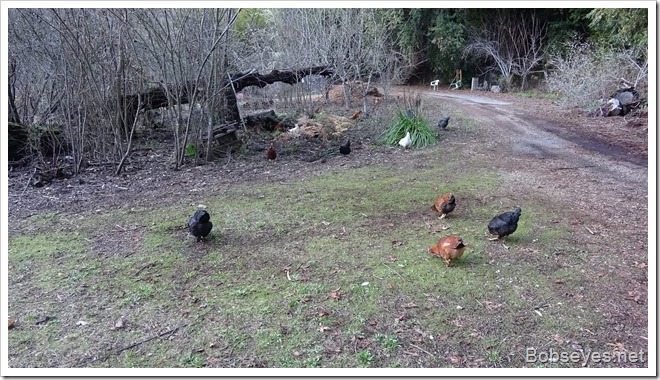 Barry came back later and didn’t find any mushrooms but had a nice ride. We made arrangements to go kayaking later in the week with his wife so she can try out his new Hobbie kayak he just got. It has pedals so one can free up hands to fish or throw crab snares out to catch crab.

At dark the chickens were all in and on the roost so I shut them up and went on in the house and that was my day for a lazy  one.

1 Response to A Napping and Puttering Around the Yard Day