Working in the forest

I wanted to get the culvert out from the old spring so I loaded up the tools I thought I’d need in my Toyota and drove on up into the hills to get some rock. I wanted rocks in the back of the Toyota to weigh it down so it could pull more. With the extra weight it’s like a tractor and can pull a larger load.

I drove on up this road but I forgot about the stump on the road just up ahead. 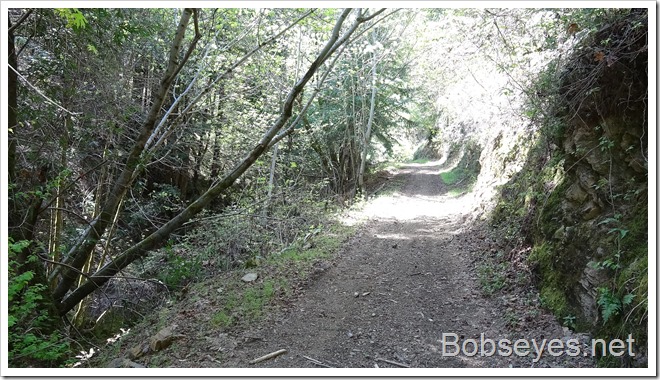 The stump was too big for  me to move by hand so I pushed it with the Toyota to this spot so I could get by it for now. 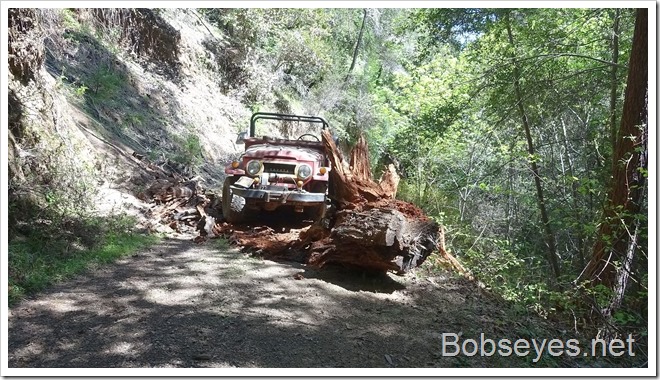 AS long as I was up here I checked out this other spring pipe line I want to get buried eventually, but not just yet. 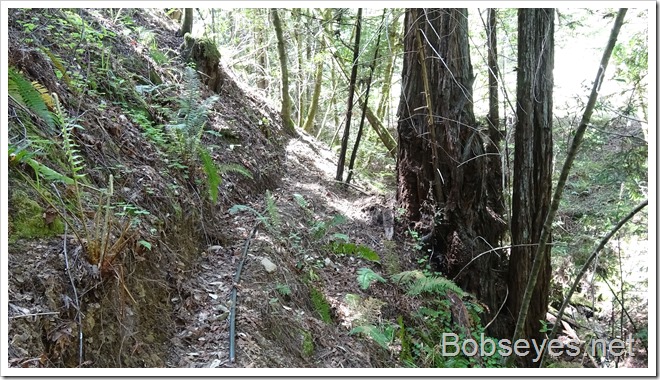 Then I drove to this spot where there were some larger rocks to load up in the back of the Toyota. 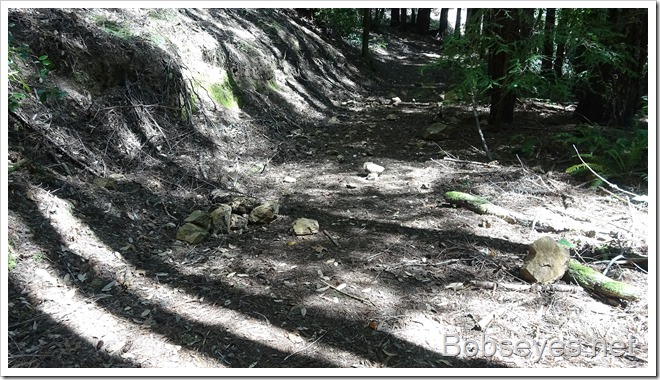 Busting up the big ones

Some of the rocks were too large for me to pick up so I used the sledge hammer to break them up into smaller pieces and loaded them into the back of the Toyota. 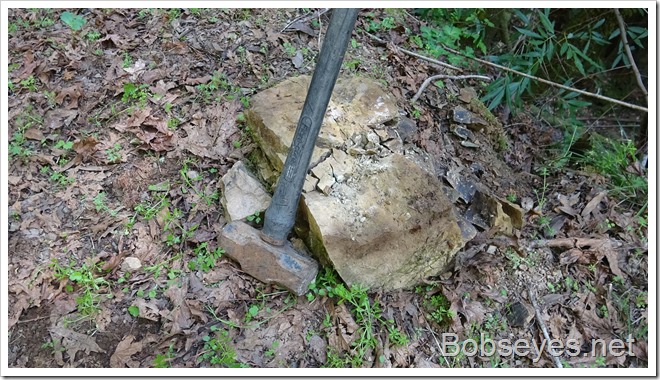 That should give it enough weight to pull out the heavy culvert. 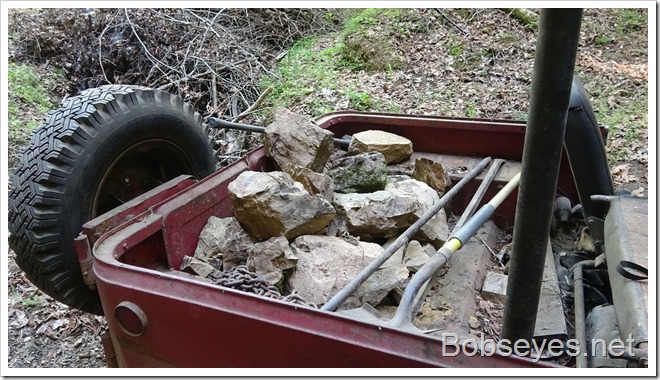 Finished off the big stump

On the way back down the hill I pushed the stump off the road so now it’s easy to get by it. 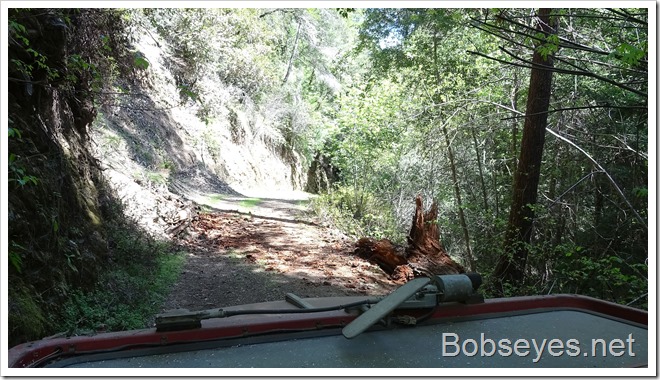 Getting the culvert out

The cement pipe has some holes punched in it to let water in so I worked on getting a steel digger bar in them so I had something to put a chain on to get it out of the hole. 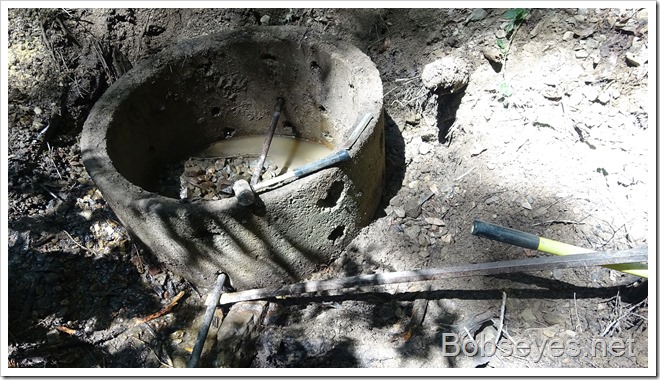 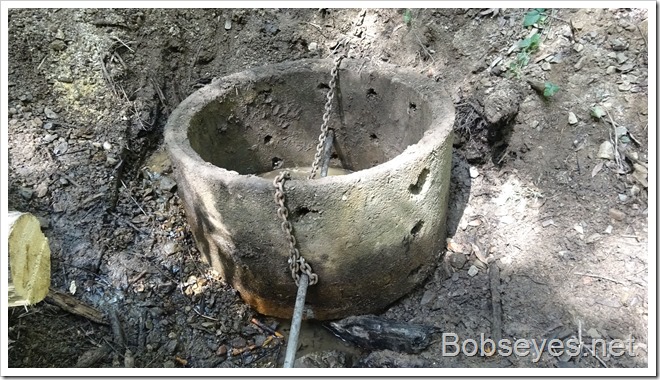 Now all I have to do is pull the culvert down to the spot where I want to use it to extend a narrow crossing area. I realized during the recent forest fire that the crossing was too narrow for big trucks such as fire trucks so the narrow crossing needed to be improved. 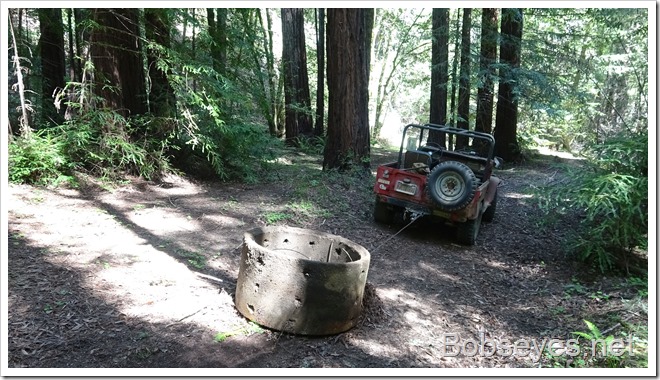 The narrow crossing is here so I dropped the pipe off here for now and will install it another day when I can get some help installing it. 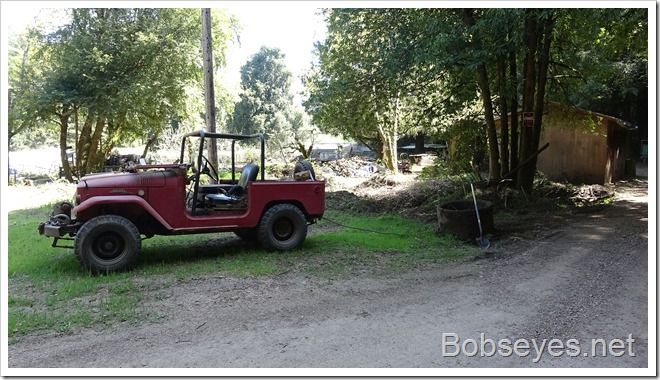 Putting the load of rock to good use

Now I had a load of rock in the back of the Toyota so I drove back up the hill and put the rock in this drainage ditch crossing. Most people would use a culvert for crossing such a ditch but that’s a big  mistake up here as it rains hard and culverts plug up and wash things out badly causing erosion so this works much better and there is no erosion no  matter how hard it rains. The problem with culverts is they plug up with debris from the forest that build up in drainage ditches. 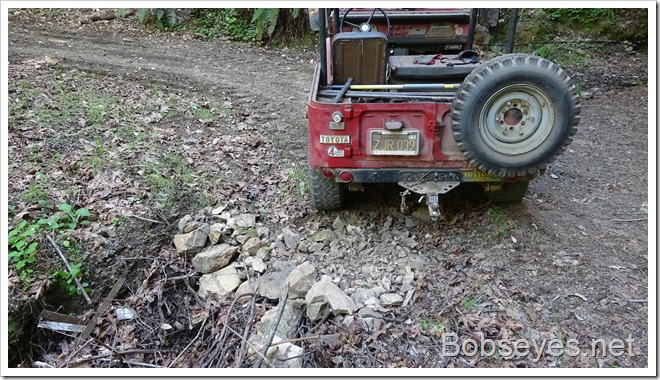 After that I was tired out so I headed on home for a much needed nap and that was about it for the day except for some chair hopping in the evening.

(Visited 196 times, 1 visits today)
This entry was posted in Uncategorized and tagged Culvert reclaim, rocks for crossing. Bookmark the permalink.