A Jenner Paddle Finishes Up the Year Nicely

Seemed like a good thing to do on the last day of the year was to go down to Jenner for a yak as the wind was down so should be real nice.

I headed on down that way around noon. The sun was out and the wind was down as I put my boat in the water at the boat ramp in Jenner.

I noticed the water was a bit muddy from the last rain. That’s likely why there were no fishing boats at Monte Rio today when I drove by on the way down.

I paddled across to the island to decide which way to go today. I could hear the ocean pounding on the rocks and beaches  not far off so I decided to head down that way.

Of course I stopped along the island’s edge here and there on the way. 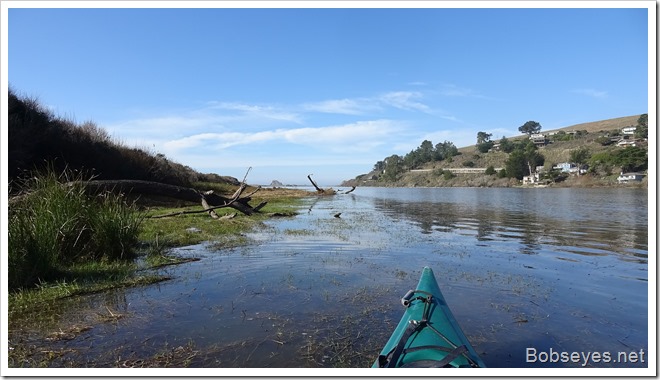 I made it down to the island’s bottom end here and looked down towards the ocean. 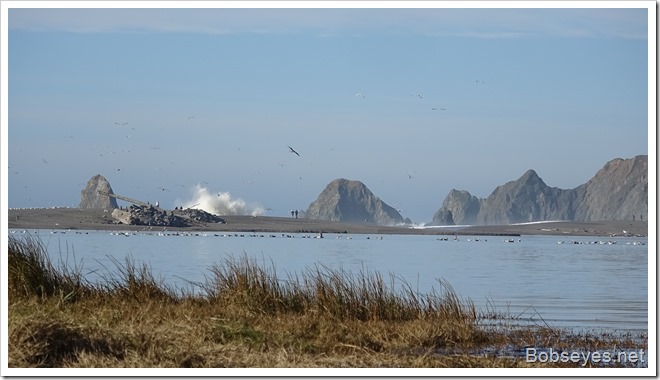 There were lots of birds flying around and sitting on the water mostly taking it easy. 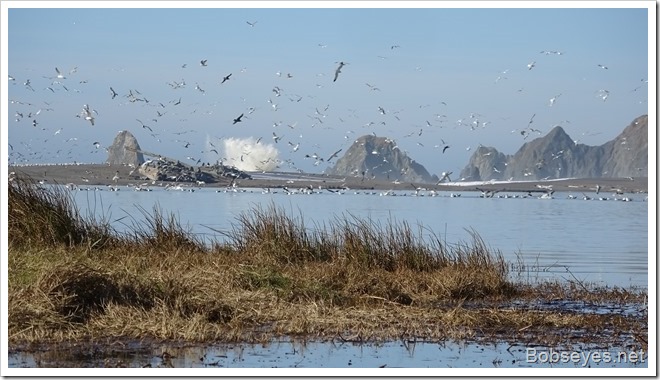 I headed on across to the river’s open mouth. But while sitting on the end of the island I was thinking why I don’t do more videos as I shoot stills with a video camera. I figured the  main reason why is I don’t do it often enough to remember how to do the editing. 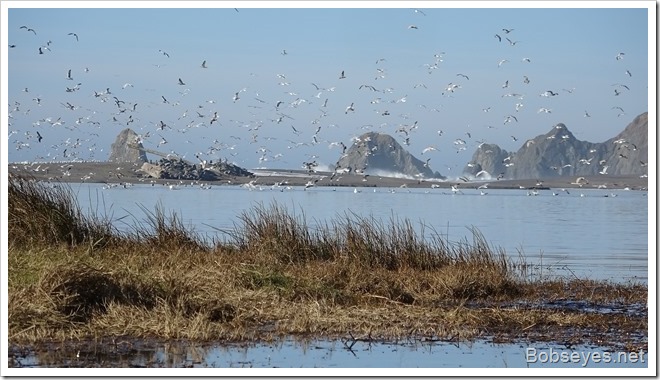 Sooooooooooooooooooo, maybe I shouldn’t edit them. Just put them up as they are eh. That seemed like a possibility as a lot of my vids are of wildlife and needs no editing. What I see is what you see and hear.

So I went down to the open mouth and shot some real nice video of the big waves crashing and didn’t take any stills for today’s blog. Oh well.

Later at night I uploaded my eagle steals duck from hawk video to try it out.

This was my last still as I headed for the open mouth area. 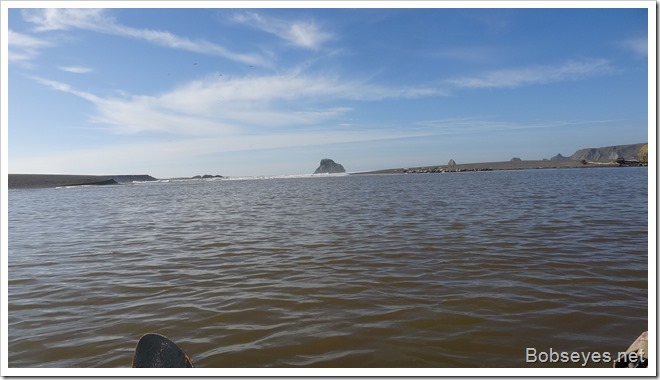 After some time at the mouth taking videos I headed back up the river and decided to go up the island’s back channel just up ahead on the right. 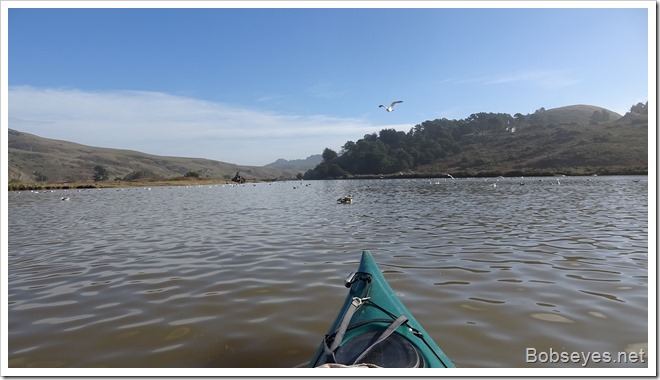 Here I’m headed up the island’s channel. I’m still taking some videos to play with and trying to remember to take some stills too. 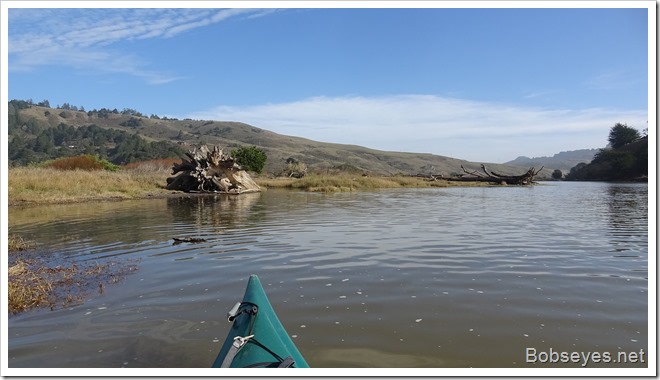 I headed up along here. 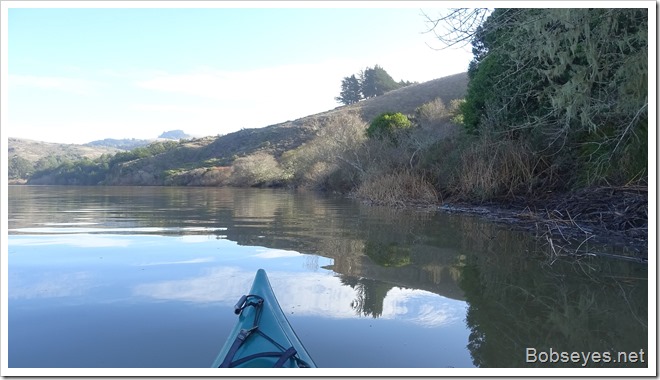 To this place I call Muskrat where I sat for a spell and enjoyed the day. 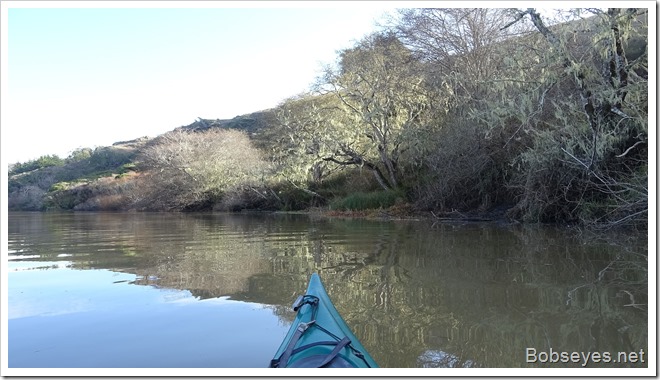 This was my view back to Jenner. Nice day eh. 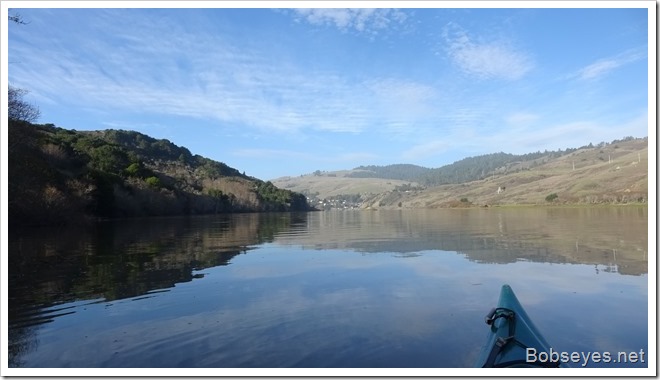 The place I call Muskrat is named because there are a bunch of muskrat nests there.

Here’s one of them in the bushes. They are mostly night critters here so I rarely see one although I think there are lots of them around here in the estuary. 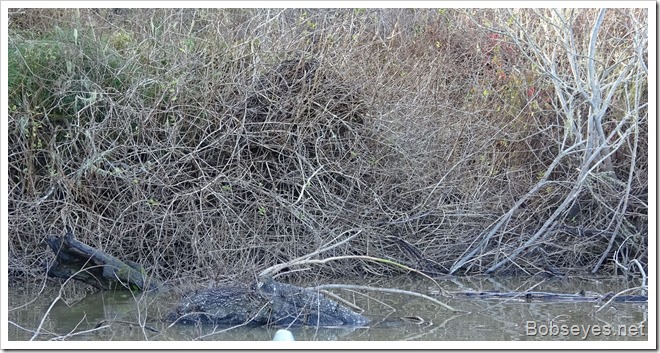 Eventually the day was moving on so I headed back down the river by this spot I call Eagle’s Landing. 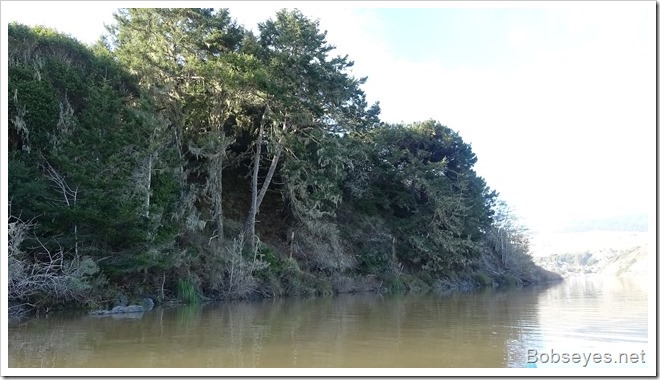 I’m headed on in towards Jenner but,…… it’s sure a nice day. 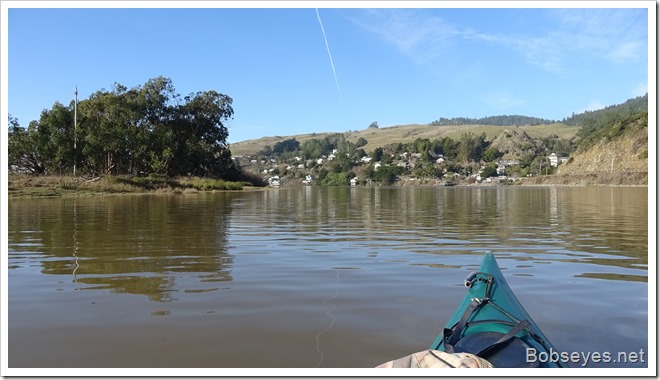 When I got over by the boat ramp it was so nice out in the river I just sat in my boat for a half hour or so. 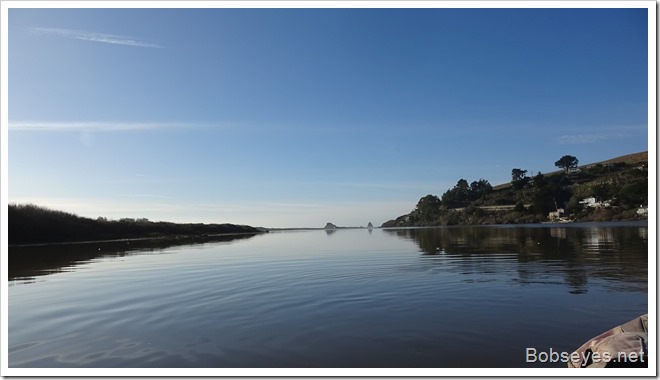 The sun was headed down as I turned and headed on in for the day. 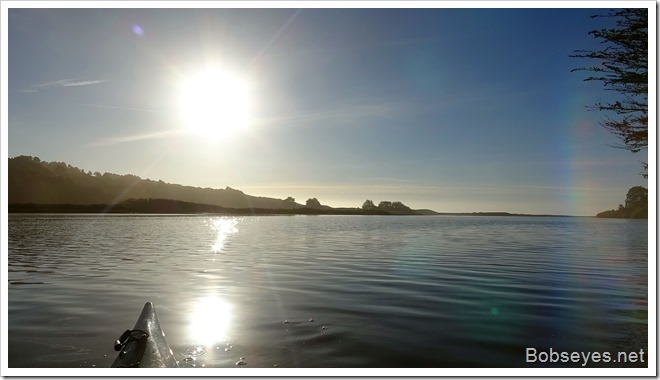 I went on home for a nap. By the time I was done with that it was time to close up the chickens for the night which I did.

I also selected some chickens that need butchering tomorrow. Mostly new roosters that are getting bigger and starting to crow too much at night. I put them in a separate pen until it’s time to do the work.

That was my day and that finishes up a pretty good year.

1 Response to A Jenner Paddle Finishes Up the Year Nicely