A Jenner Paddle, Checking Out Mufflers and Pruning Fruit Trees

It looked like a good day to go on down and kayak Jenner so I was off once I got it going today.

Wood on the ramp

The boat ramp was all plugged up with wood debrie from the mouth being closed the other day from the rough ocean but now the water level was down and the mouth was open. I had to move a bunch of it off the ramp to back my car down to the water. Later I noticed a sign on the visitor’s center saying the mouth would be opened on the tenth, yesterday.

So I put the boat in the water and parked the car. Since I was at the mouth last time I was down here I decided to paddle up the river about a mile taking my time.

Here’s what the river looked like as I started off up the river. Nice and flat, calm. 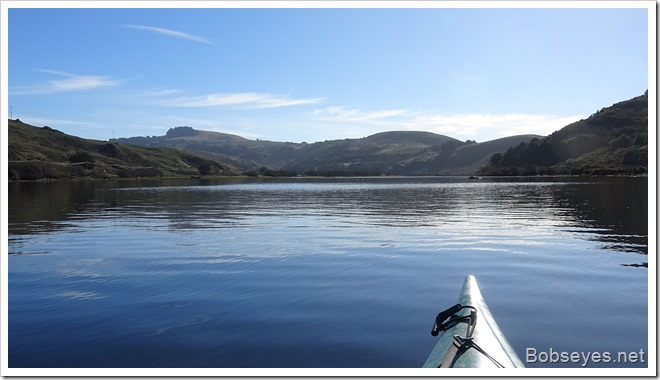 I saw some turkey vultures up ahead and spotted this one eating some kind of bird. 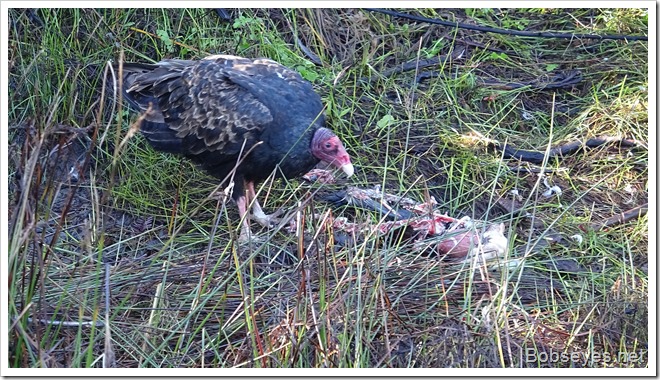 I continued on up along the shoreline. 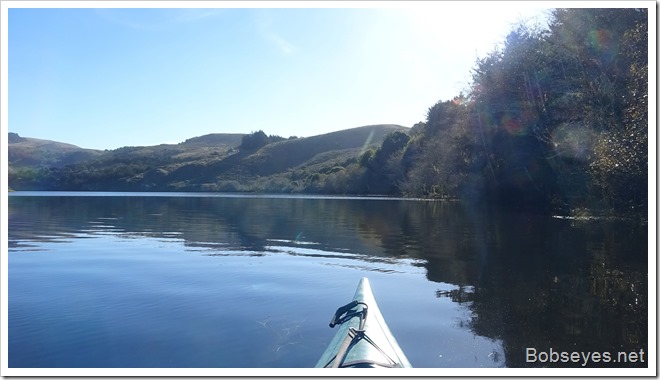 This was  my view across the river as I paddled along. Ducks on the water and cattle on the hillside. 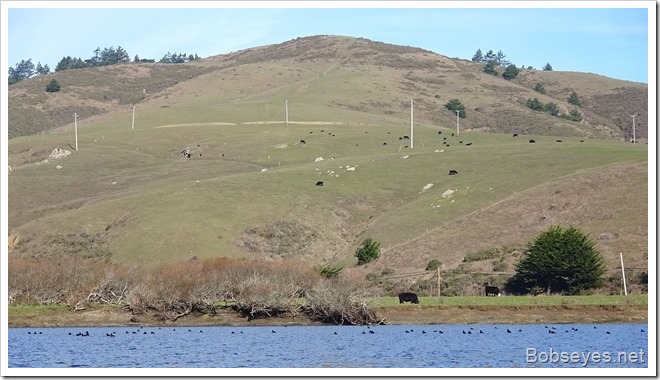 I made it up to this spot and stopped for a break just sitting in my boat looking back to the town of Jenner. 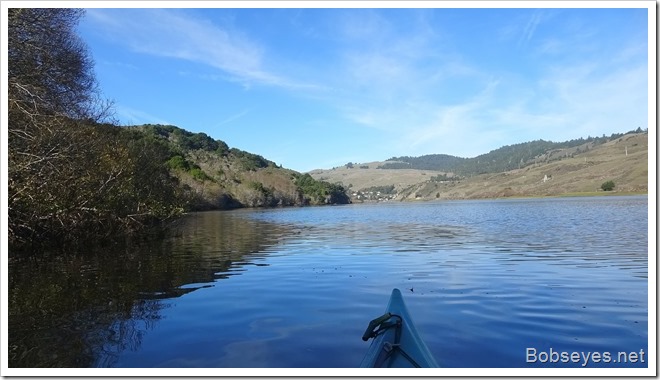 Staying in the sun

This time of the year the sun goes behind the hill early so I crossed over the river to the other side where the sun was still shinning and went down along the edge looking for critters. 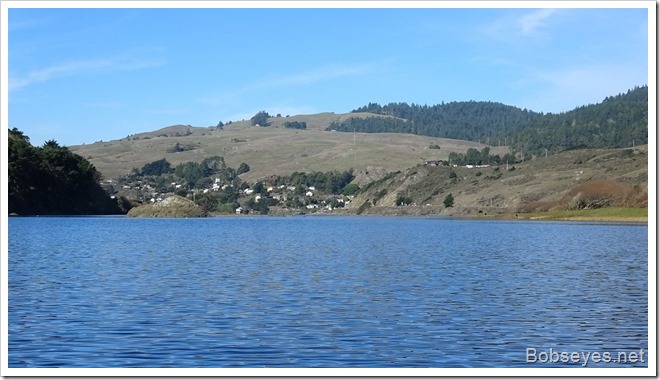 Shallow spot up ahead

I paddled along the shoreline heading down knowing there was a shallow spot coming up that I wasn’t sure I could paddle through and I’d find out soon enough if I could get through the spot or not. 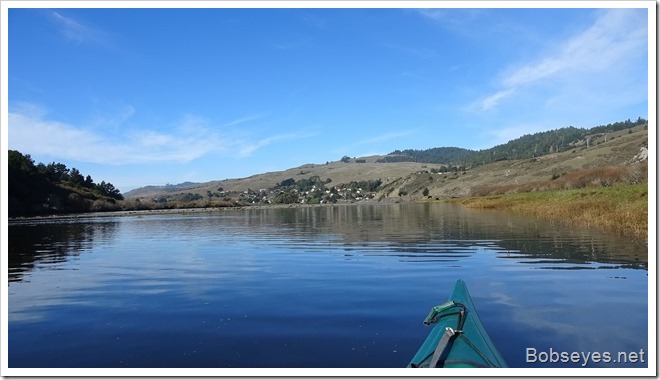 I had to go through those ducks to get by this shallow spot and yes they all took off but I made it, just barely. 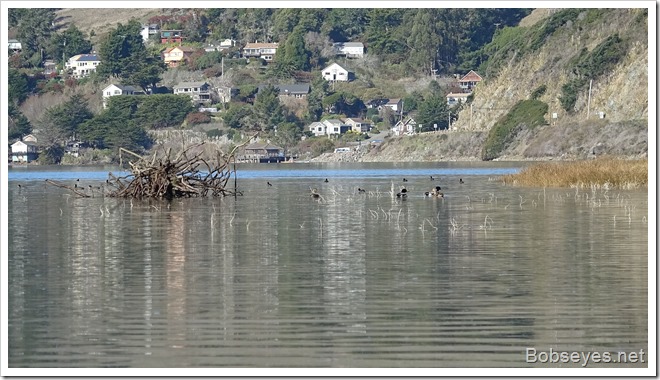 Started for the mouth but

I’m approaching the town of Jenner but I’m not quite ready to go to the boat ramp yet. Maybe I’ll paddle down to the open mouth and check it out as it’s so nice out. 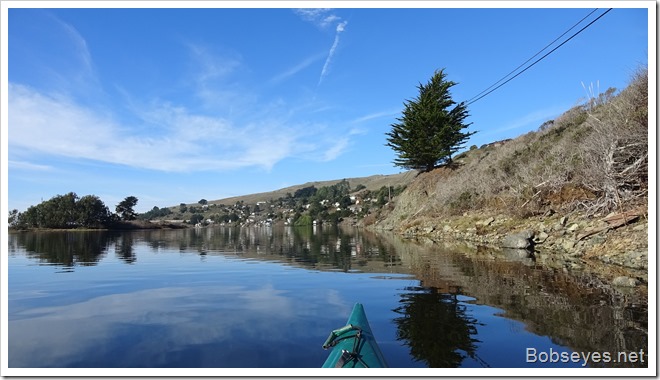 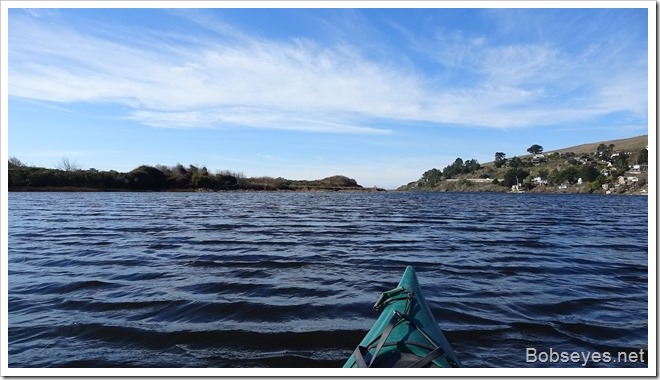 Deer checks me out

I pulled into this spot where I could see the open river’s mouth down there about a half mile or so. I also noticed that deer on the island. 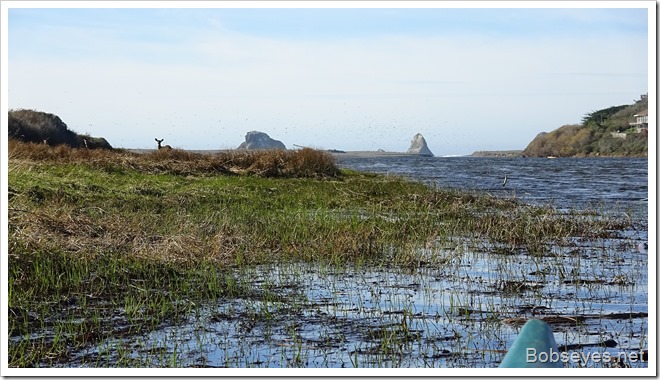 This little grebe diver swim by me. 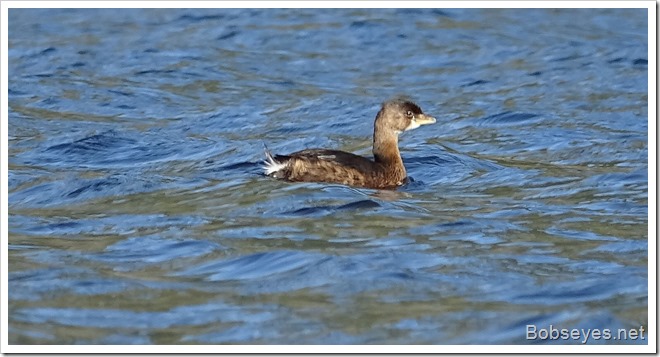 I used my zoom to have a look at the open mouth with out paddling down there. Lots of birds and seals down that way but the wind was cool so I turned and headed on back to the boat ramp. 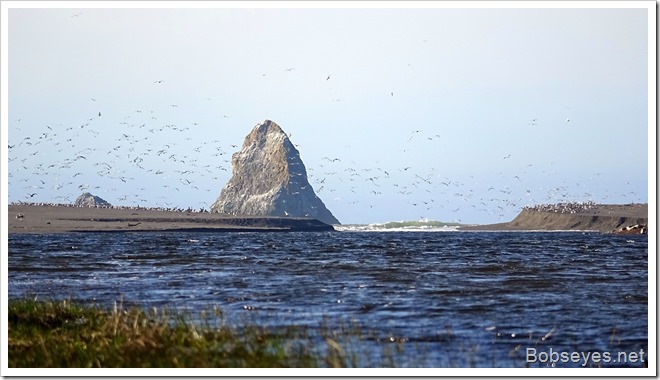 I put the boat on the car and drove on home for the day for a nap and something to eat.

After that I finished up some bread dough I was making. I’m trying some rye flour in it for the second time. I set it aside to rise for the first time

After that I went out and took care of the chickens which were doing just fine.

One of the things I needed to do was check out the old Toyota’s muffler as I knew it’d had it as metal was hanging down from it but I wasn’t sure just how bad it was. 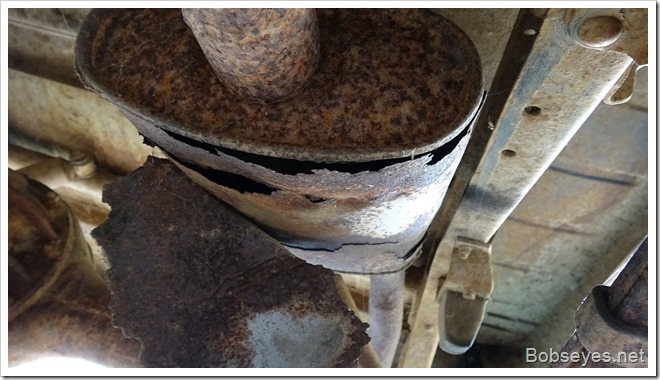 It looks worse than it is. It’s welded in and the rig is not licensed so I need to fix it good enough to drive up into the hills around here. I think I can repair it enough to work for my purposes. Now that I know what needs to be done I’ll get some supplies and get it fixed up.

On the way down to kayak today I stopped at the parts store and ordered up a new fan belt for the Toyota as the old one was a bit on the cracked side.

Maybe the car one will work

I also went under my car to see if the muffler I bought for it would fit as I thought it would not once I received it in the mail. But looking at it, I think it might fit so I’ll have to give it a try when I get enough time to deal with it as it’s likely going to be a pain as it’s old and rusty and will be hard to get the old one off.

I let the chickens out to graze and got my pruners and started pruning some of the fruit trees as it’s that time of year again. I only got two peach trees done but it’s a start.

Once the chickens were in their roost I went on in the house and punched the bread dough down and put it in  a pan to rise again and will cook it later.