A Jenner Paddle and a Walk and Eagles Too

That’s what I did, headed down to Jenner for a paddle. Ray said he’d be down there somewhere so I put my boat in the water and headed down towards the rivers mouth area where I suspected Ray to be in his yak.

On the way  I passed by this female mallard duck with a little one and she didn’t want me to see them. 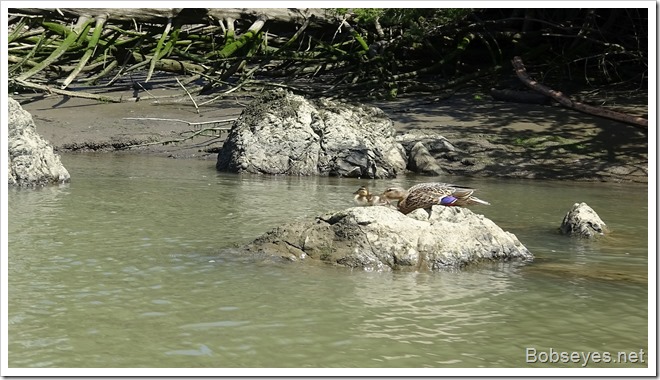 She took off distracting me from her baby with the old bad wing trick. 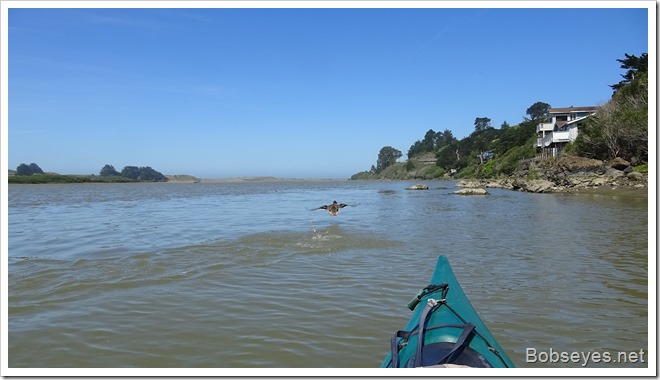 And this big goose took off as I approached. I see Ray just up ahead. 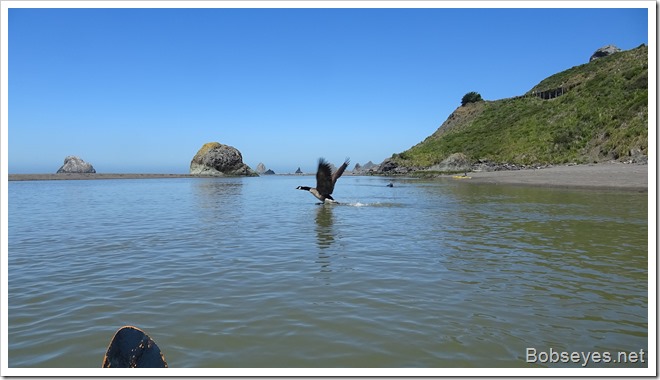 I found Ray sitting in his boat here just enjoying the day. We shot the bull some. 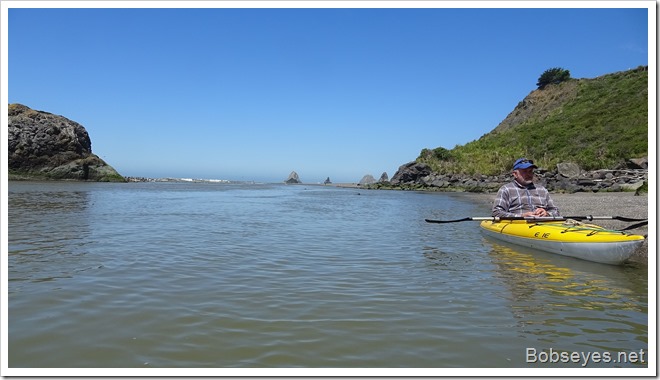 This was our view of the open mouth with seals and birds resting there on the sand. The ocean was fairly rough too. 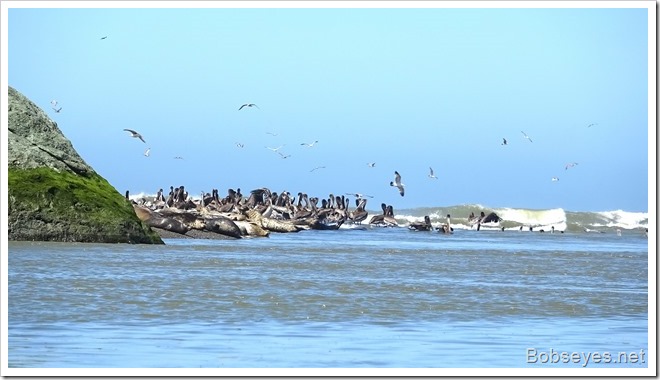 I’ve seen this guy in the orange before. He carries around a survey stick that marks his spot on a wireless chart. He’s making a recording of the sand profile as it moves around a lot down here. They do this periodically for the water agency. 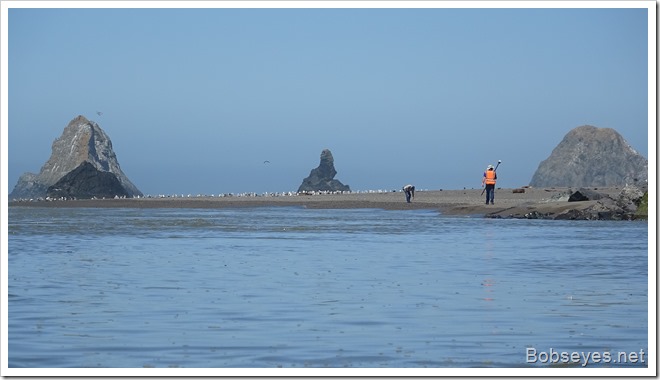 After a bit we left that area and started paddling up the river going up the Penny Island back channel up through here. We could see a big bird just up ahead on the shoreline. 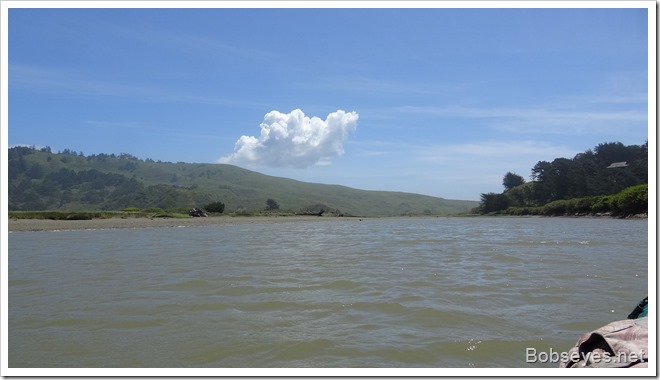 The bird turned out to be this young bald headed eagle just getting it white head and tail feathers. It flew off and up the river to be seen later. 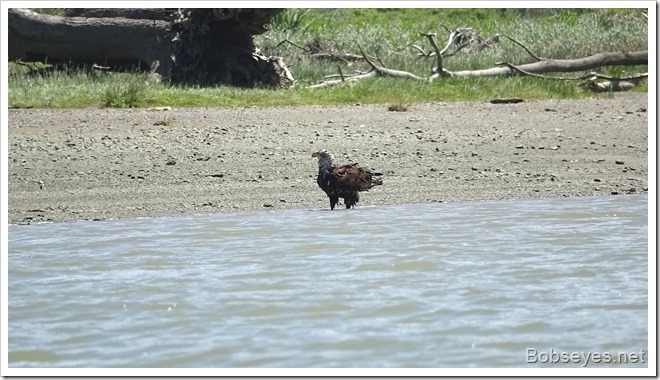 We paddled along up the shoreline and jumped another eagle out of Eagle’s landing that flew up the river. It was a more mature eagle than the first one we saw earlier. This one just got it’s white tail and head feathers not long ago.

We paddled along here looking for a spot to get out for a short walk,  maybe up ahead if we can find a spot that isn’t too muddy to get out. 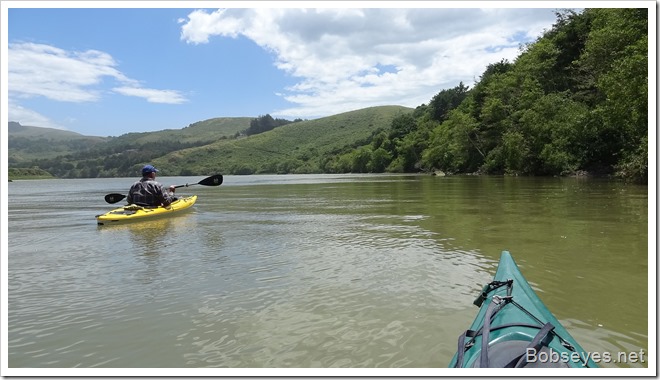 We found a spot that would work when I realized Ray was in his shorts and there were a lot of nettles in this spot we’d have to go through, but he was game so we did.

This is the trail we went up with nettles. Lots of poison oak mixed in there too. 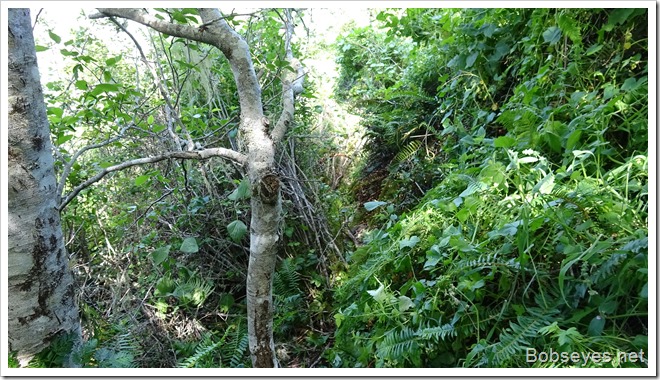 This was our view from as far up the trail as we went looking down river towards the town of Jenner where we will paddle back to. 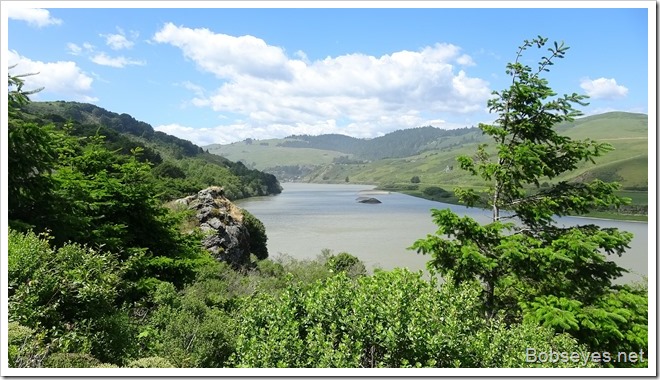 Keeping an eye on the boats

After a bit Ray was getting concerned about our boats as we didn’t tie them up and the tide was due to come in so we headed on back to the boats to be sure they wouldn’t float away.

They look ok to me Ray. 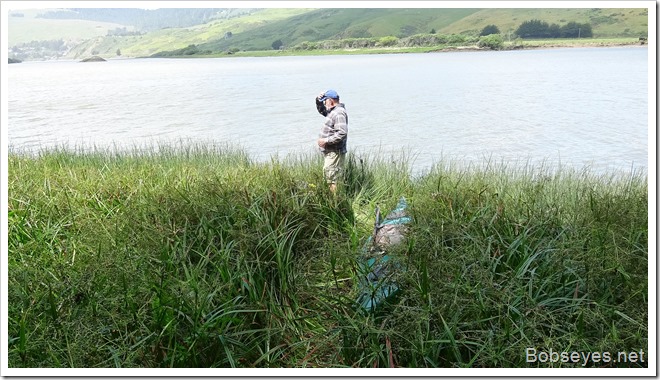 We got back in the water and started back down the river spotting the first young eagle we saw in a tree at Eagle’s Landing. It’s not called Eagle’s Landing for nothing. 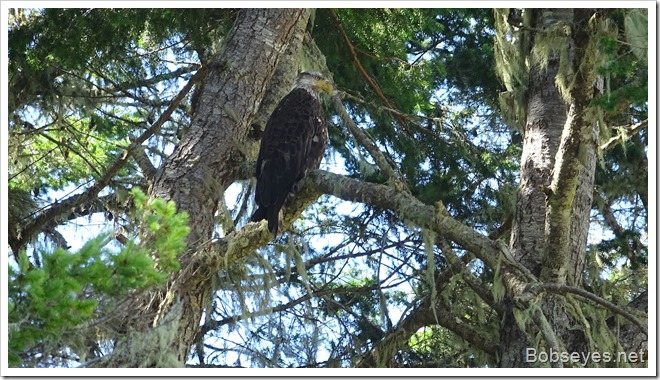 We are almost back to the boat ramp at Jenner where we pulled our boats out of the water and drove on home. 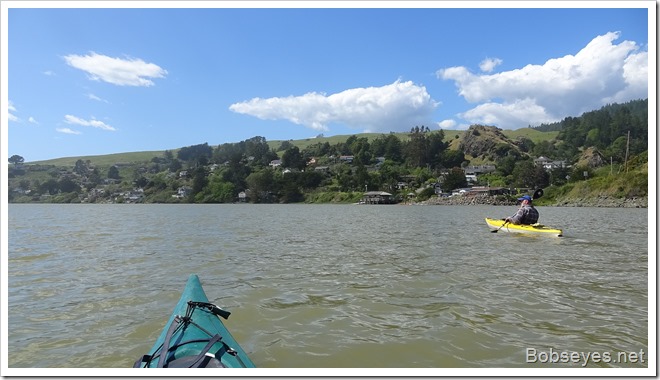 That was a nice day paddling around the estuary and I didn’t have anything planned to do at home so I puttered around the yard for the rest of the day.