Headed for the hermits

I thought this would be a good day to go for a hike up in the hills to see if the hermit was home or not, or maybe gone?

Not less but more work

I thought if I went for a hike I’d get a break from some of the work I have to do around here, but I was wrong about that as I worked even harder before the hike was over.

Anyway, I started out up the road and into Armstrong State park going through here. 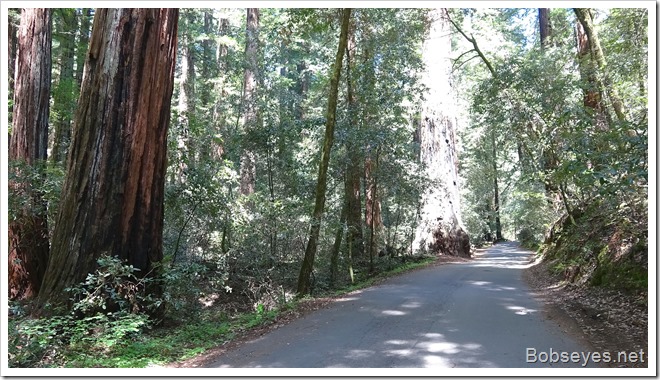 I headed on up this road and left most of the people who mostly stay down in the main part of the park which I’d just walked through. 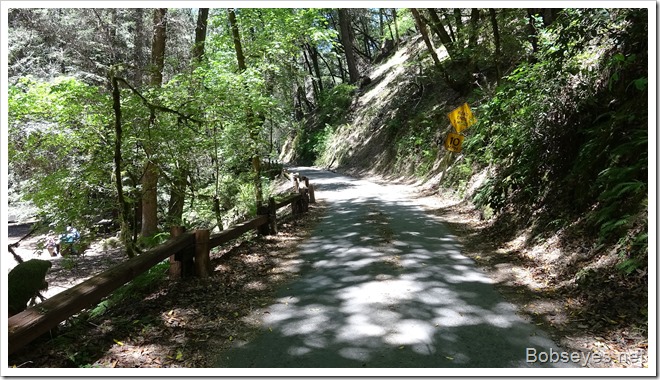 I take shortcuts when I can as I don’t really like following the roads and went through this area walking up along this little creek through the poison oak which there is a lot of and I don’t catch the stuff. 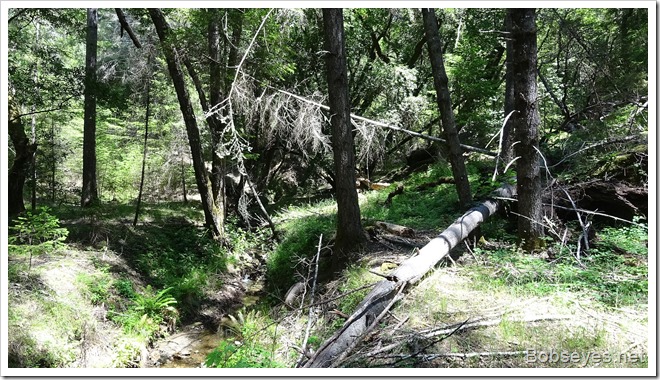 I went up through here one of the steeper parts going up the hill to the hermits house. 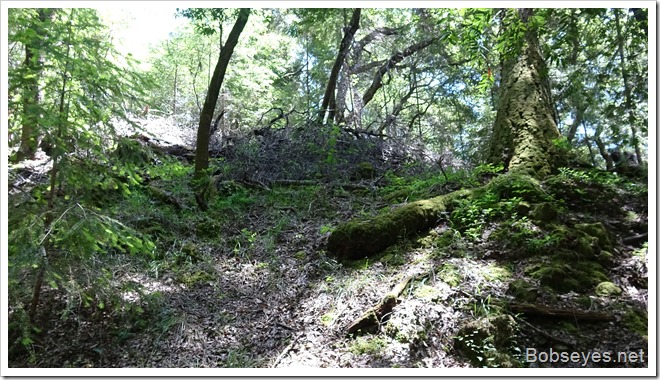 I was back on the road and went through this area almost to the hermit’s house. 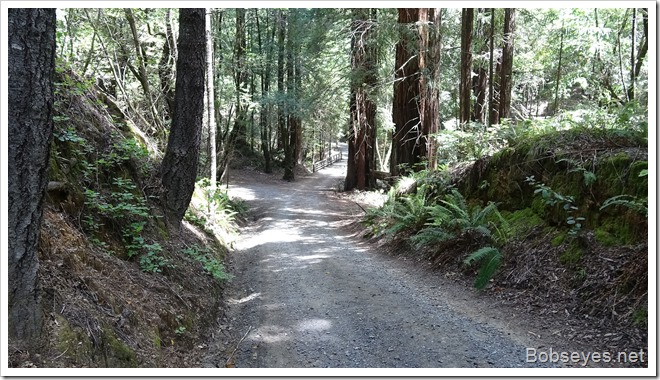 Another shortcut took me by this waterfall, almost to his house. 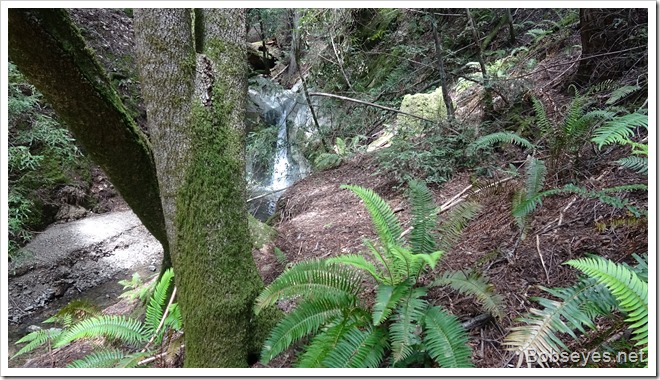 I always go in the back gate as his front gate has big locks on it and are a pain to mess with. 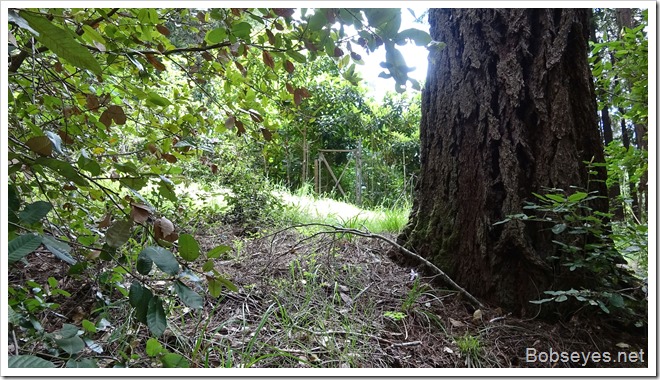 The gate leads into his rose garden area. Right away I spotted a deer in there which wasn’t a good sign as the hermit doesn’t let deer in his garden. 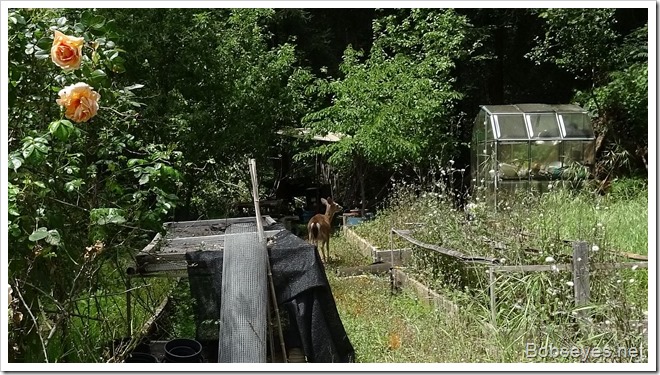 On the way to his house I noticed this big slide had completely taken out his green house last winter. 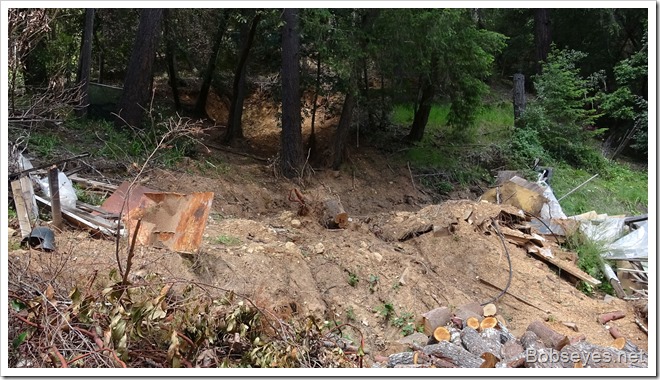 I suspected he wasn’t going to be there but looked around and rang his bell and sure enough no one was there, but I did see one of his cats. Someone had been feeding the cats and his birds but I don’t think it was him. I think he may be in an old folks home somewhere? 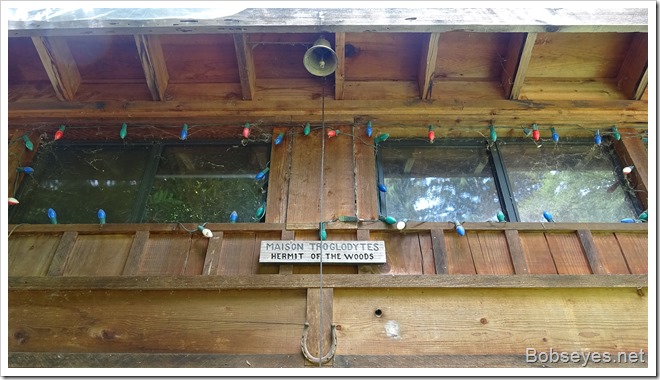 I’ll check with a neighbor

I was curious where Nathan was so I thought I’d go up to his neighbors on up the hill, but first I had to get out his front gate. I went through his fence and down the creek going by here. 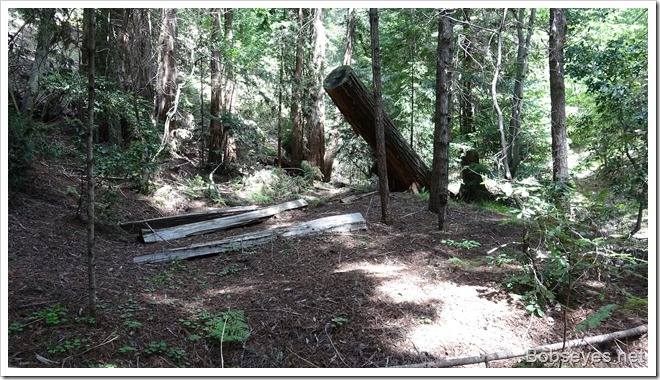 The road up to his neighbors was pretty steep but I prodded on up there. 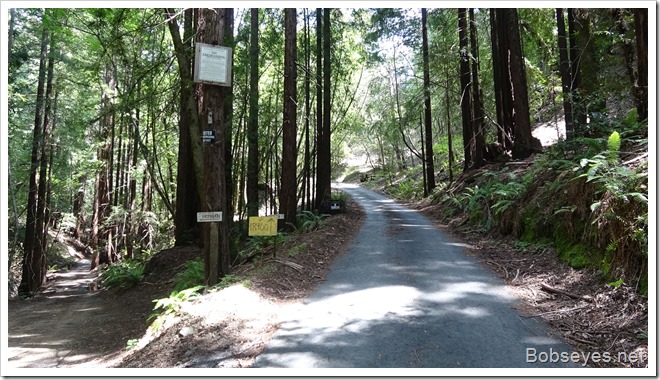 I made it to the ridge and could see the house up there but I needed a break. 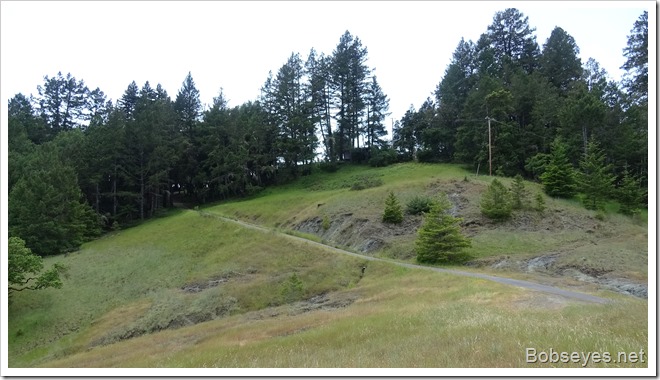 I stopped and looked across from the ridge to the Mount Jackson area as far as you can see. A place I spent a lot of time playing in my teens with the farmers kid up there. 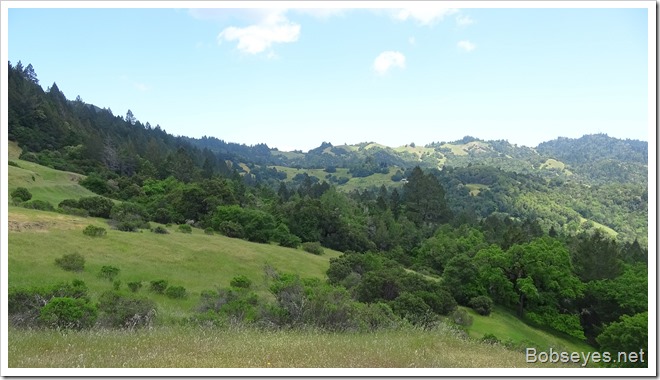 Once I caught my breath I continued on up the hill to the house but the gate was locked so I followed a road which I thought might go around the gate and to the house but it went to another neighbor I didn’t know about a lady named Margo and she was home. I talked with her a bit but she didn’t know much about Nathan and pointed me to the way to the other neighbors where I was headed saying she likely would know.

I sure didn’t need another hill

So I headed back up the hill with my legs and feet saying they were tired out.

I stopped here a bit admiring their view which overlooks where I live. 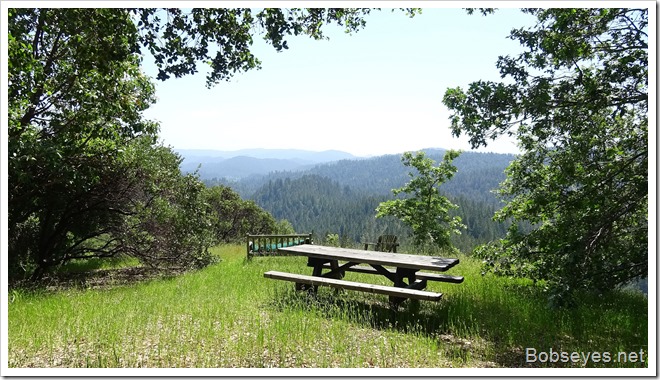 Well the lady wasn’t home but I did get some barks from her dog.

Shortcut back down the hill

Once I’m up a hill I like to take a different way back home a lot of times so I decided to go cross country down this hill which turned out to be rather steep in places. I also had to get over a fence down there without breaking my neck but I made it. I was really getting tired out so going over stuff was getting a bit difficult and my body was doing a bit of complaining with hurts and pains especially in my legs. 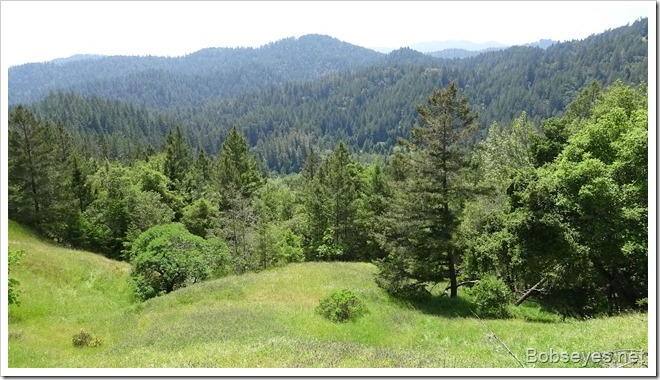 I went though this area down to a creek. But the creek was full of big boulders and big downed trees so I had to maneuver around all of that staying in the steep stuff. 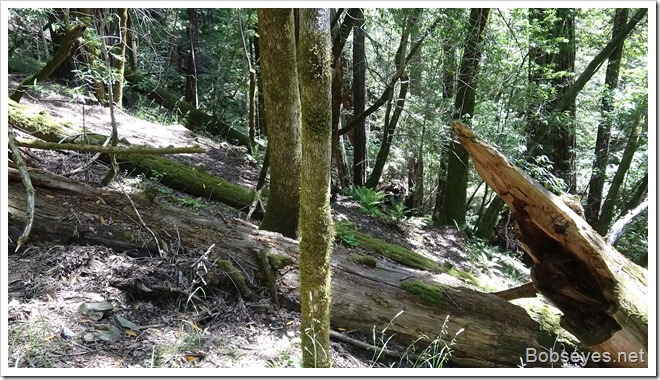 I could barely hike getting through this stuff as I was pretty pooped out. Lucky it was down hill but I still had a mile to go to my house once I got out of this area and back into the park proper. I was dragging but I made it and took it easy for the rest of the day as that’s all I could do anyway.

Nice day hiking in the forest, these kinds of hikes really improve my balance as they work all the leg muscles and more. :O)