A Foggy Paddle and Another Dirt Bike Ride and a Walk

When I arrived at Jenner for a paddle today it was fogged in up to the ramp and the fog was waffling around going in and out.

This was the boat ramp as I put my boat in the water. 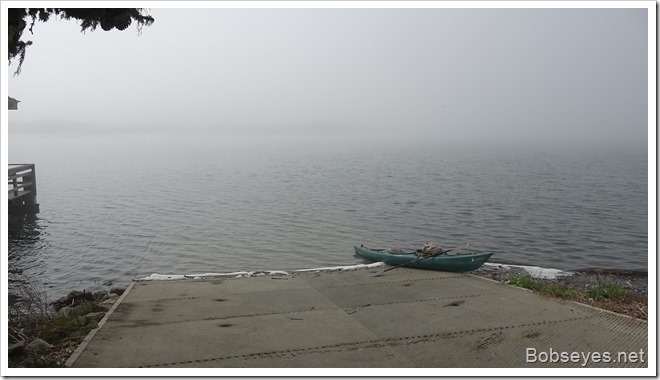 Right away I paddled by this little egret. A few of them show up here in the fall. 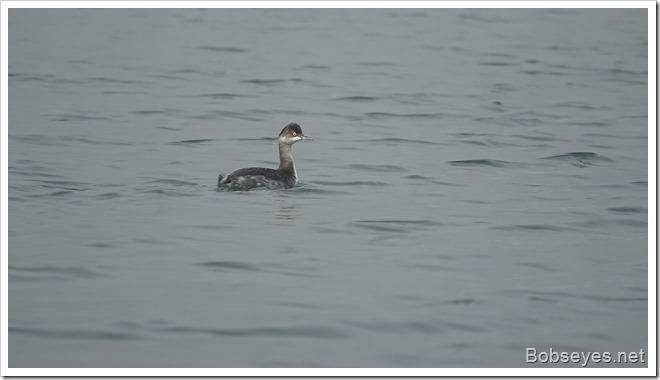 My goal was to paddle onto Penny island today as the mouth of the river was still closed and the high water level was high enough to flood part of the lower end of the island.

I’m paddling down along the island’s side headed to it’s flooded lower end. 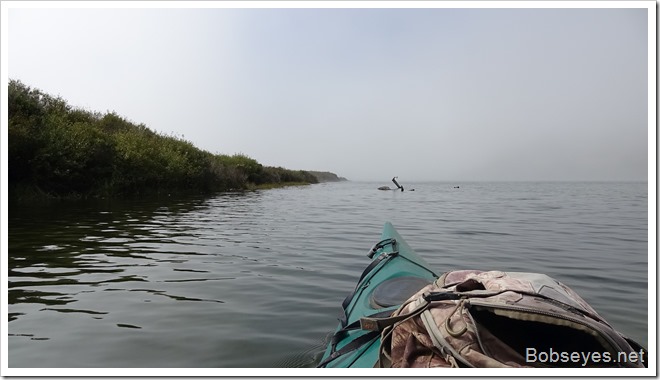 I checked the water level gauge at the boat ramp and it said 7 which means the water is high enough for me to paddle into the island which I’m doing here going through the weeds. 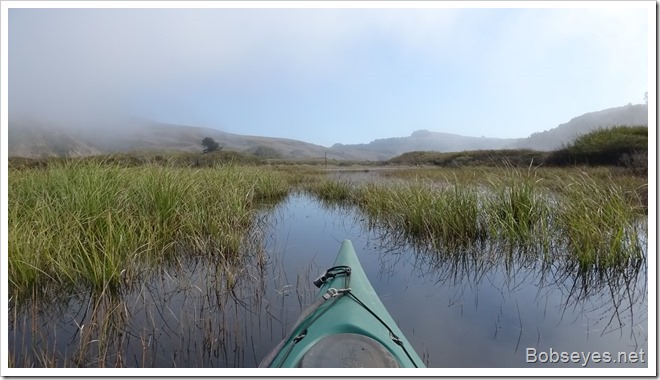 It doesn’t look like  much until you pop into the lake in the middle. 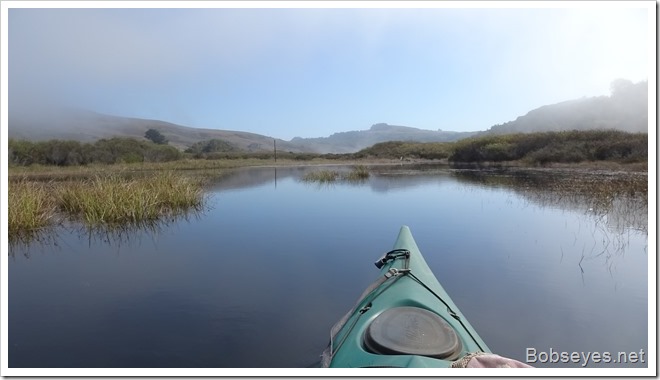 I spotted some mallard ducks in the back that took off as I approached. 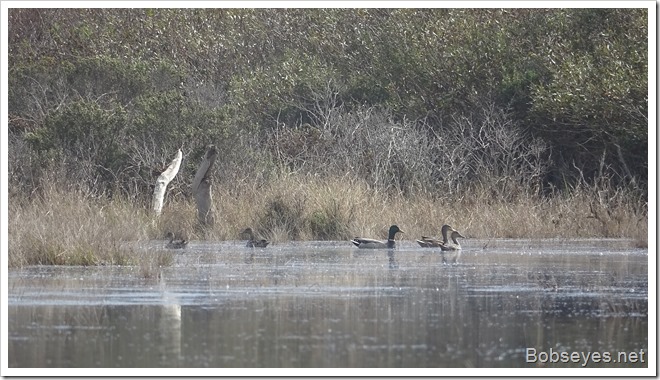 I took the ducks place and sat here and enjoyed the day watching the fog move around as I was just on the edge of it. 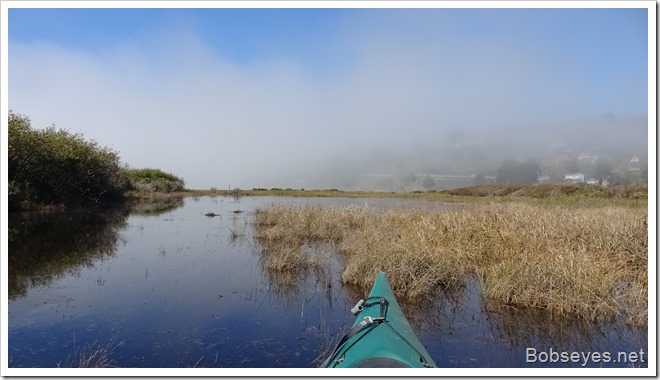 After a good sit I headed back out to the river going by this big old redwood log. 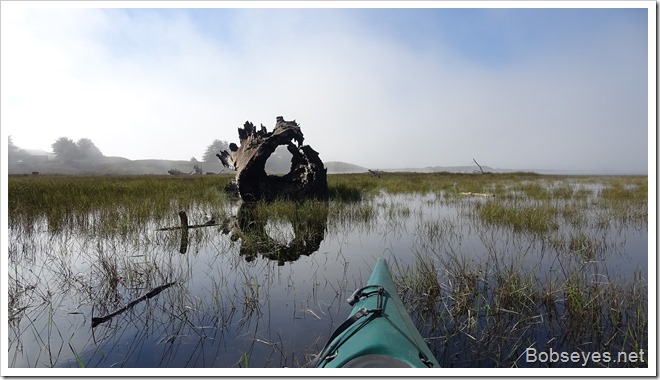 Once back out on the river I went by these resting cormorants and a gull. 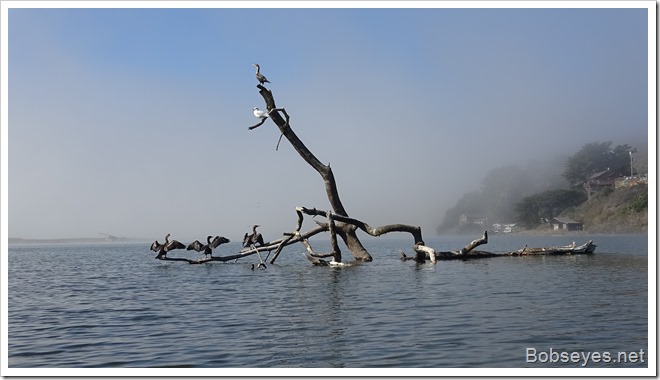 I was sitting at the end of the island when a bird splashed by me as in a dive for fish. The kingfisher landed close by. 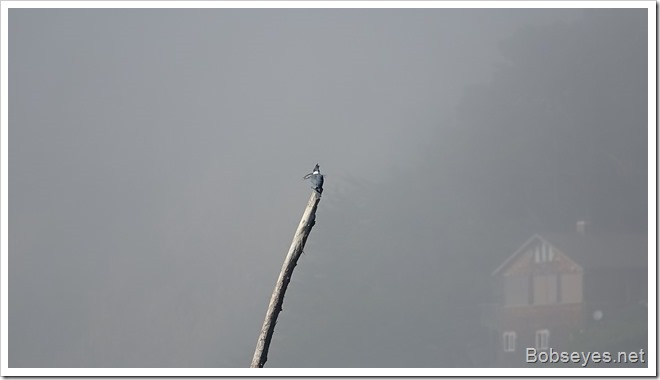 A closer look showed the kingfisher had a fish it had caught and was trying to get it down before it took off with it. 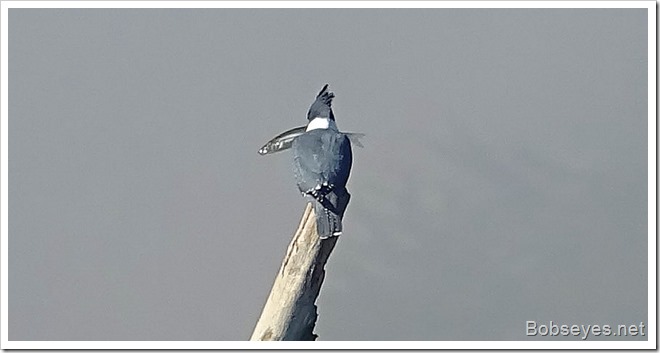 Foggy at the mouth

I was thinking of paddling down towards the closed river’s mouth but it was real foggy down that way. I could see quite a few birds flying around down in that area. 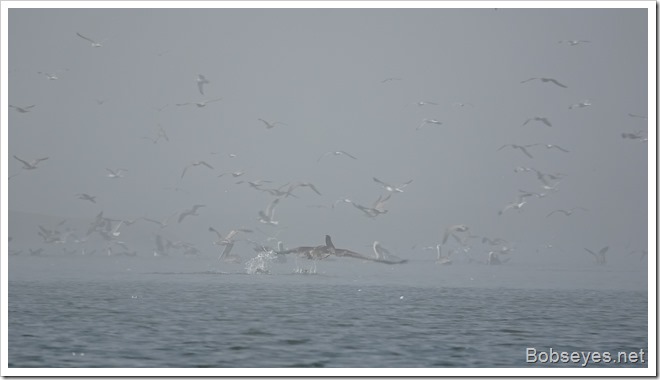 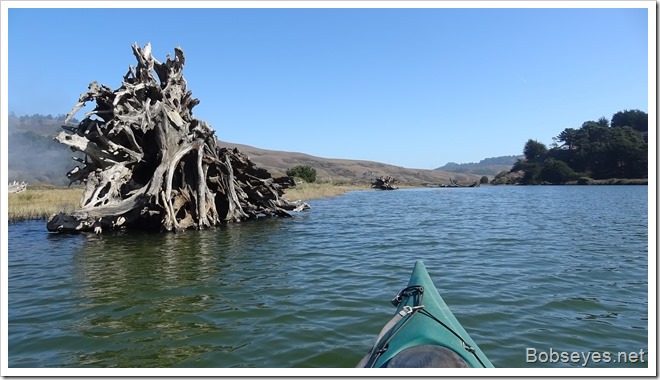 I made my way around the island taking my time and then made my way to the boat ramp and went on home.

Dirt bike ride and a walk

After a nap, I hopped on the dirt bike grabbing some pruning shears as I wanted to clear a path through this road in front of the bike. Just enough to get up the road which I did in this picture. 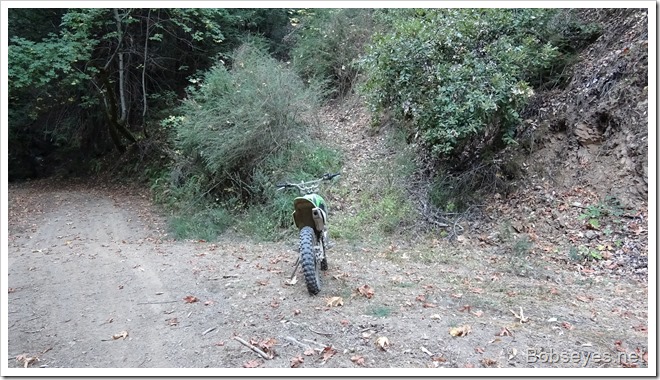 I rode up that road and parked here to go for a little exploratory walk around the hillside. 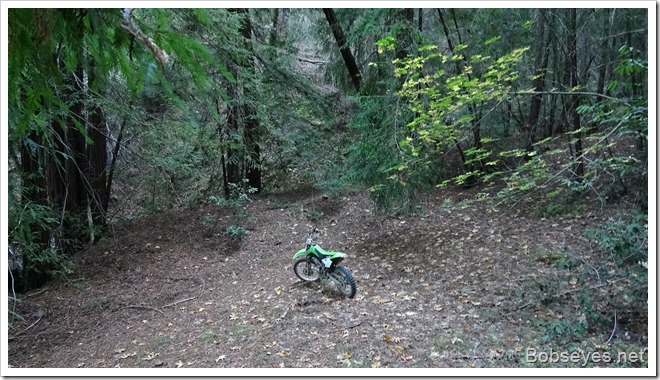 I walked around this area taking my time and enjoying the woods on a nice fall day. 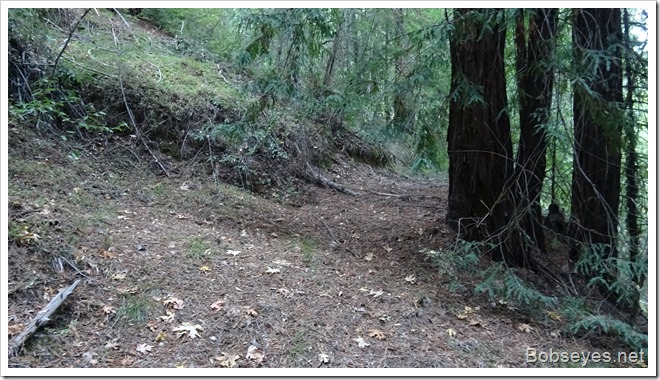 After the little walk I took off on the dirt bike for a little dirt bike ride up to the top of the hill.

I had to stop and clear enough of this down tree off the road to get by. 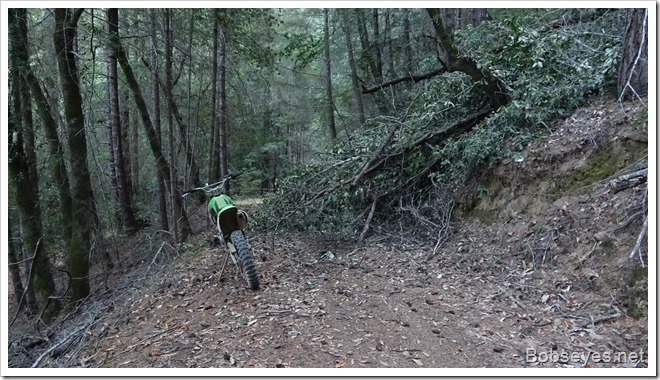 On the way home going through this old apple orchard I spied these three apples so I stopped and picked them, eating one on the way home. Yummy. 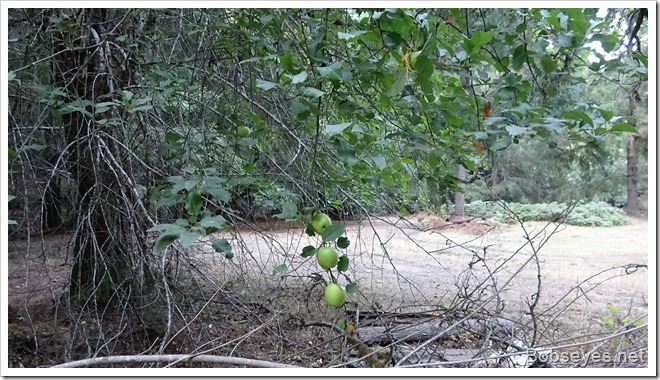 I finished the day doing some chair hopping and taking care of the chickens needs and that was my day.