A Dentist, a Kitty and Some Apple Trees Got Pruned

Today was one of those dentist type days

But first the cat

I’m cat sitting for my neighbors. The first night the cat waited at her home but no one showed up , so about eleven at night I went over and called the cat to follow me home. She followed right along. She wasn’t too sure about coming into my house, but with some encouragement she walked right in and headed right for my bed. She wasn’t too sure about things, but this was much better than out in the cold. She behaved herself and we got along just fine.

Last night she came in about ten and again headed right for the bed. She stayed and didn’t bother me until I got up and she went outside.

Today when I came home she greeted me in the yard so I asked her if she wanted to come in and get something to eat. She did and then headed to the bed again. 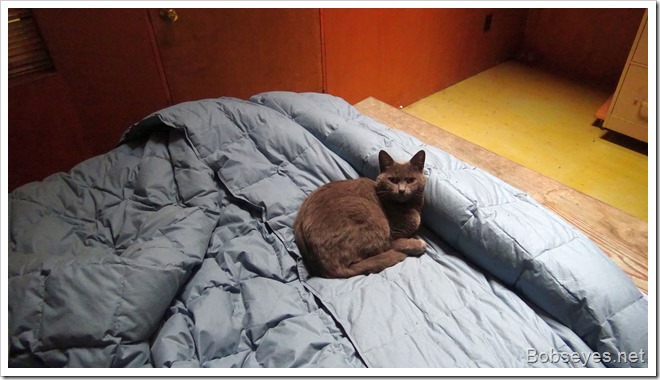 A little later I did find her in the closet, but so far she hasn’t done much house exploring. Anyway we are getting along just fine.

First thing this morning, well I guess it was more like 1PM, I drove over to the dentist in Forestville to get some work done. I arrived early so I walked around town a little bit. I drive through the place all the time, but I’ve never really checked the place out to see what kinds of stores were in town.

Anyway, I had a nice visit with the Doc and her staff and then went on home for the day.

Spring is fast approaching so I thought I better prune some fruit trees, so I decided to do at least one of them as running the long pole pruner is hard on me and it’s better to spread using that tool out so as not to mess up my back too much.

I got this Roman beauty apple tree pruned and was going to quit at that. 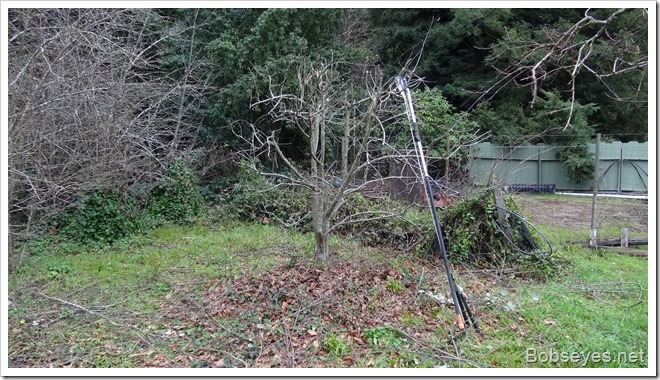 Time to charge the van’s batteries

My van hasn’t been started lately, as unfortunately I haven’t been anywhere, mostly because of all the dentist appointments. So I started it up and left it running to charge up the batteries a bit.

Ok I’ll do this one too

While the engine was warming up I walked out to some other fruit trees and decided to start pruning this one, a Pink Pearl apple. It was growing under a much bigger tree that was taking most of the sun, but the big tree fell down last year, so this one needed some severe pruning to get it to spread out and hopefully start bearing some apples this year. 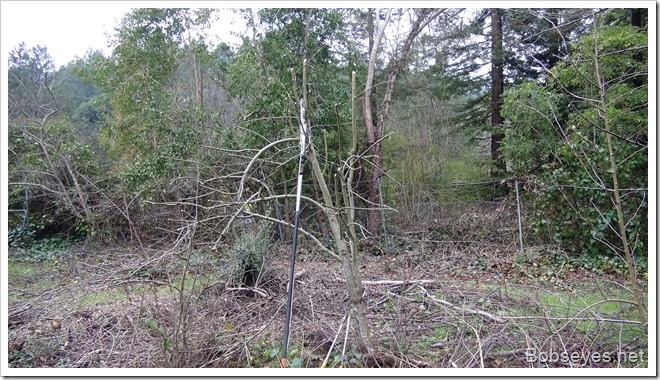 After that I shut the van down and went in the house for the day for a bit of a nap.

1 Response to A Dentist, a Kitty and Some Apple Trees Got Pruned