A Cool Paddle Below Monte Rio On the Day Before Christmas

Only me on the river here today

I was pretty sure it was going to be too cool outside today to work on my Toyota project so I was prepared when I went outside and it was a bit on the cool side. There were even a few rain drops showing on the ground but it looked like it wasn’t going to rain much.

Headed out to Monte Rio

I got my camera and day pack and headed out to Monte Rio to kayak for the day. I expected to see a bunch of fishermen down there, but there was almost no one around, except for Bill and his dog. Bill’s a homeless guy that fishes the river most days. He lives in his car with his dog, so that makes him an RVer, I think. He was the only other guy on the river here today.

Bill has it made

I tell Bill, you know, you have it made here. People pay thousands of dollars to come here to fish and do other things and then they pay a bunch for a place to stay. You’re here every day so all you have to do is appreciate it. He smiles.

After shooting the bull with him for a bit, I headed on down the river at a slow pace. 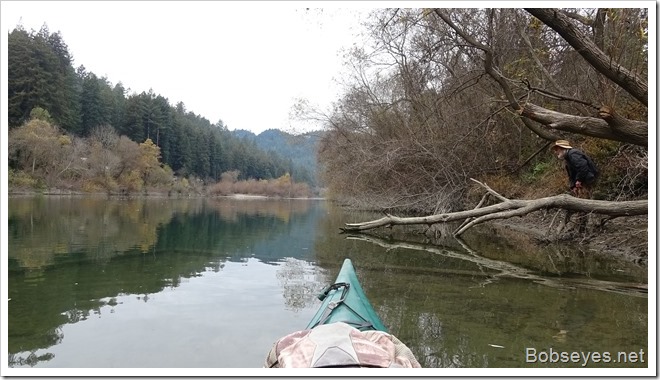 There wasn’t a lot of sun, but the wind was down and the river was nice and calm. 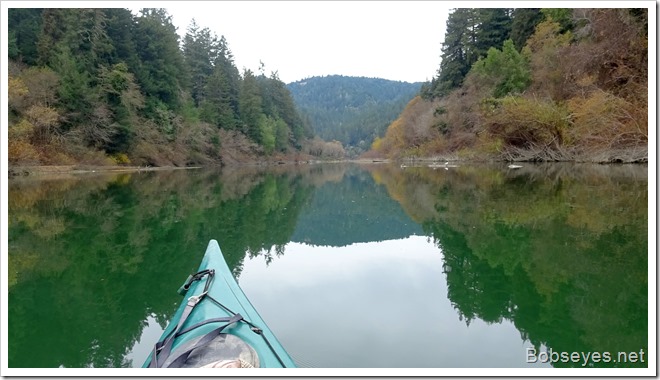 The mallard ducks in this area are fairly friendly and don’t fly away when you get close to them.

Here’s a pair of mallard ducks feeding in the weeds. 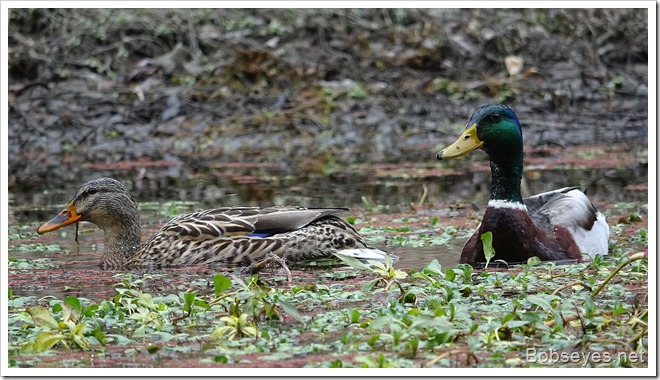 I continued on down the river. 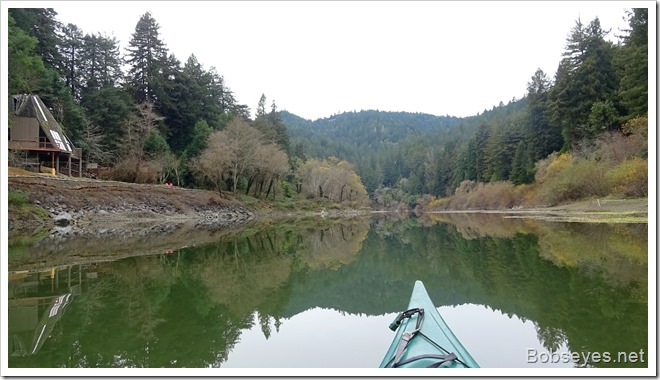 This was the only cormorant I saw on the river today. 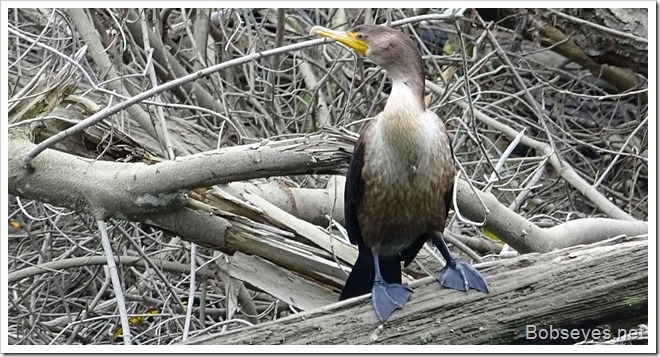 Here I’m just paddling into the Villa Grande Hole area. The old timers called the holes pools, so this would actually be the Villa Grande Pool. It’s one of the deeper pools in the river at around thirty feet deep. 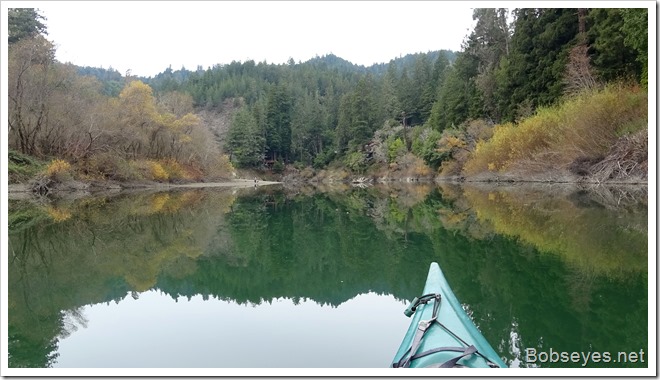 When the water gets high, the pool turns into a big world pool which means everything that comes down the river goes into the pool and carves out the bottom and gets spit out the bottom so that’s what makes the hole a deep one.

This is the Villa Grande Pool at Villa Grande. I sat here for quite a spell as it was as far as I was going today. 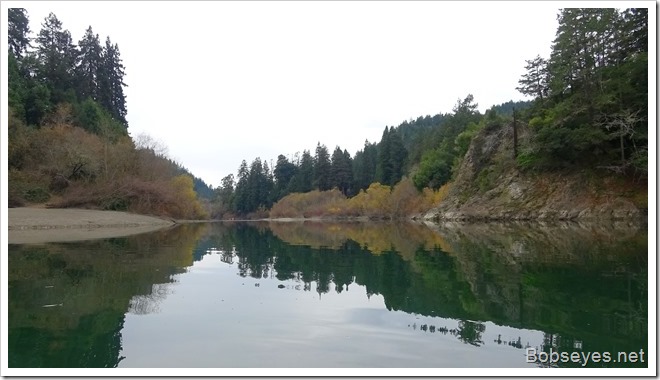 I could hear a bunch of woodpeckers pecking away up above me where the Osprey nest tree was so I paddled out into the middle of the river to check them out. 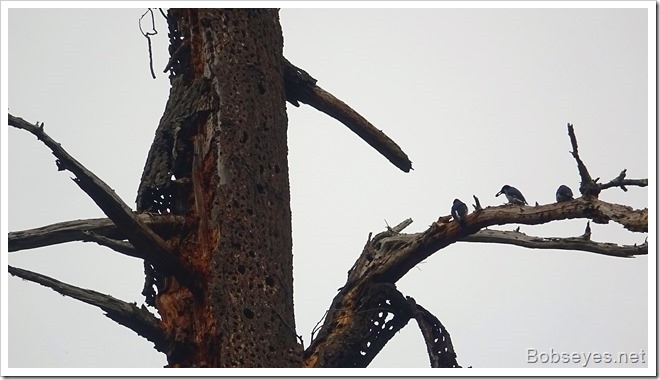 Cold was getting to me

It was cool on the river today as there wasn’t much sun. I’d dressed for it, but never the less, the cold was getting to me as I sat there taking it easy watching things.

Eventually that prompted me to start back up the river.

This was my view at the Villa Grande Pool looking up river. 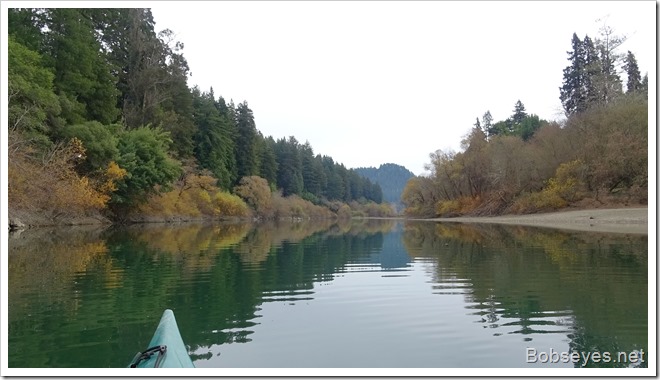 The river was real nice even if it was on the cool side a bit. 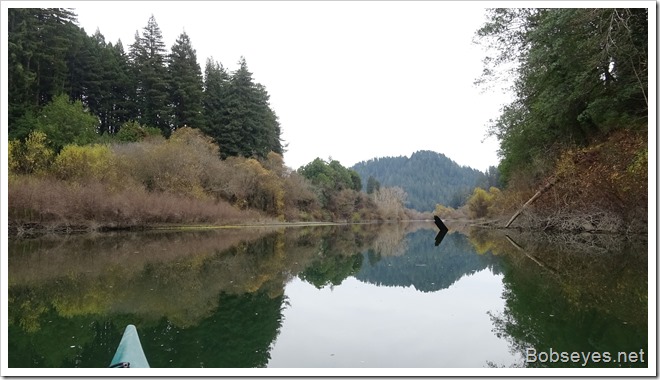 I stopped in these weeds for a bit just below Monte Rio. 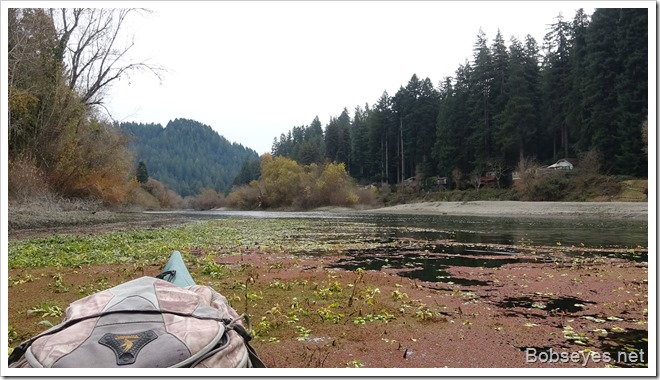 Little bird in the area

This bird caught my eye as it was about twenty feet in front of me. I don’t usually see this bird in this area. I have seen it down at Jenner, about twelve miles down the river. I’ve forgotten it’s name. 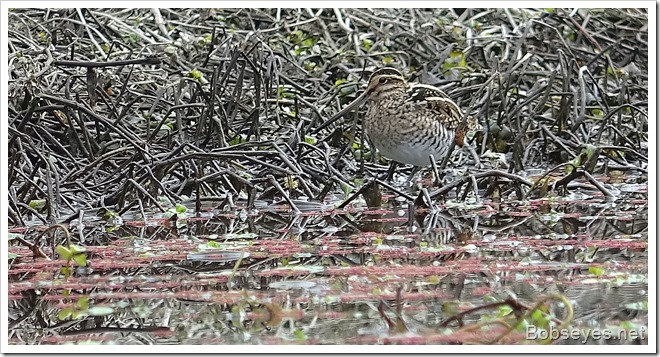 I paddled up into the slot. The water is a bit fast just above it so I have to paddle fairly hard to get through the section, so when I got to this board in the river I pulled into it to rest for a bit, before continuing on. 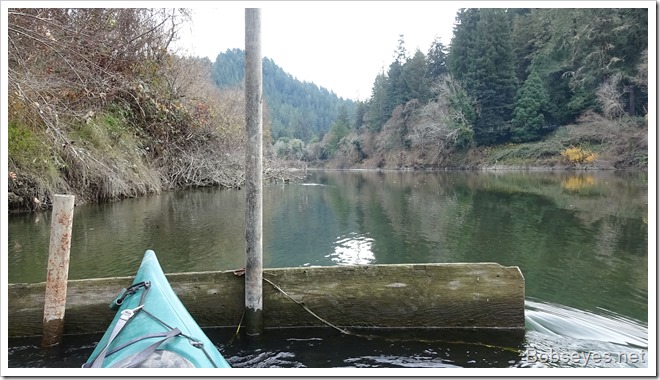 At the boat ramp some mallard ducks came out to greet me. 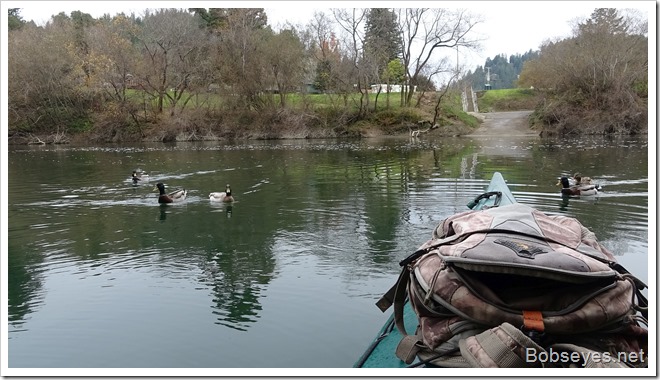 They swim around me and are fairly friendly. 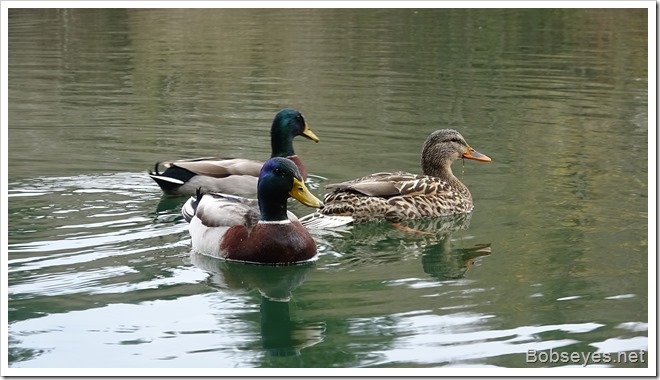 This one is a female mallard duck. 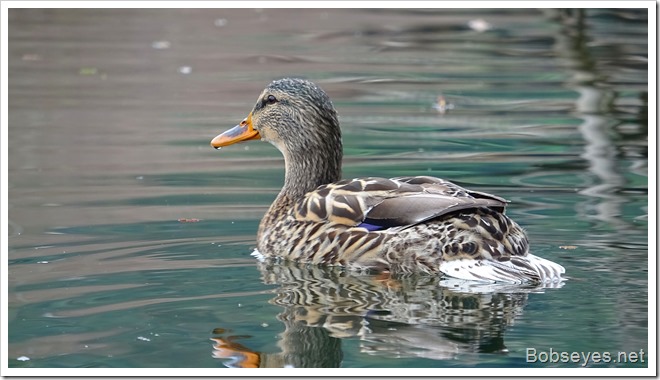 Bill talked my ear off as I was pulling my boat out. I wished him a merry Christmas and went on home.

It was still too cool at home to do much outside so I got some firewood in and retired to the house for the rest of the day, starting with a nap.

That was my day and Merry Christmas to all.