I decided today was a good day to go down and get some more little peeps, but I had to wait for Charlie to come by to pick up his computer so I spent some time getting the chicken coop ready for the new chicks until he showed up.

I thought he was going to take his computer, but instead he brought by a window’s operating system he wanted on the system so he chickened out and left the computer for me to get Vista installed on it. It had XP but that’s not supported anymore and nothing was working on it, so it was going to a take a lot of work to get xp going.

Charlie did leave me with a nice automatic waterer for chickens that I’ll need to get installed. I’ll need to keep these little chicks by themselves until they get bigger before I try to mix them with the older chicks as the older chicks might not like them and hurt them as there’s a picking order to be maintained. Mixing chickens can be a touchy thing from what I understand.

Once he was on his way I drove over to Santa Rosa to Western Farms where they had some chicks for sale.

Here’s the parking lot of Western Farm as I entered the store. 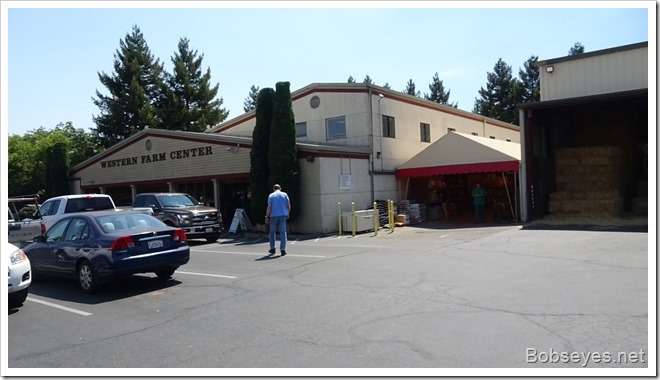 Ended up with 13 chicks

They had seven different kinds of chicks. I sorta decided to get some of each and finally ended up with a baker’s dozen, 13.

Here’s the guy who helped me out carrying the box of baby chicks to the  front so I could pay for them. 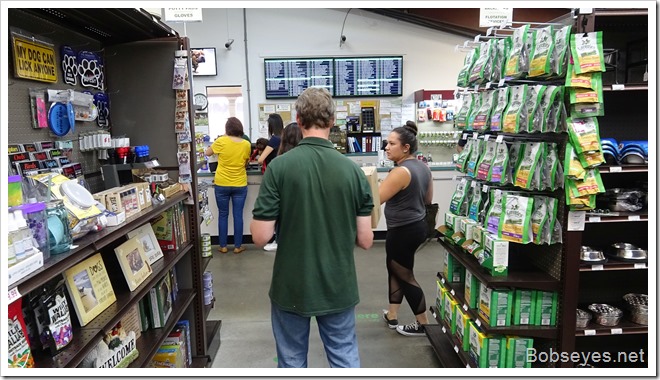 I also found out that any feed used for chickens is not taxed because the chickens make eggs and meat and are eaten and are taxed then, but one has to tell the cashier not to tax the feed so I learned something. Dogs and cats and horse food are taxed as they don’t make anything later but if the feed is used for chickens no tax needs to be paid.

I was thinking of shopping but with the new chicks I headed on home so they could get out of the box.

Here’s the little peeps in the box ready to get out and into the coop I have prepared for them. 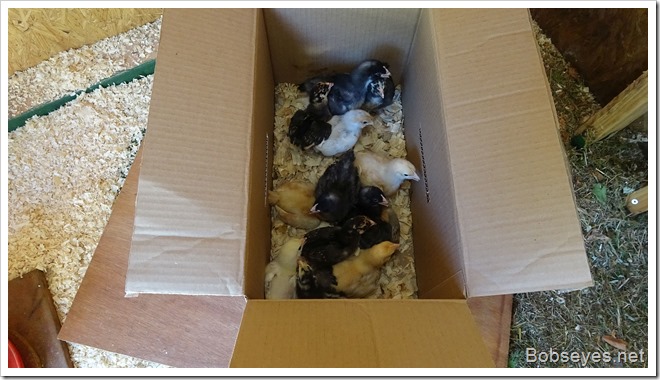 There’s 7 different kinds of chicks in there for a total of 13 birds.

That brings my total chick count up to 44 and I have 10 different kinds of chickens.

Here they are just out of the box and not sure what to do yet. They tend to bunch up for protection and to stay warm as they have no momma. 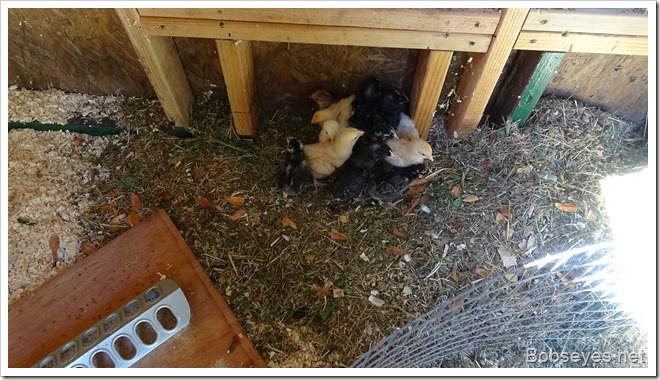 I then did some work taking care of my other chickens that are growing fast and starting to fill out. 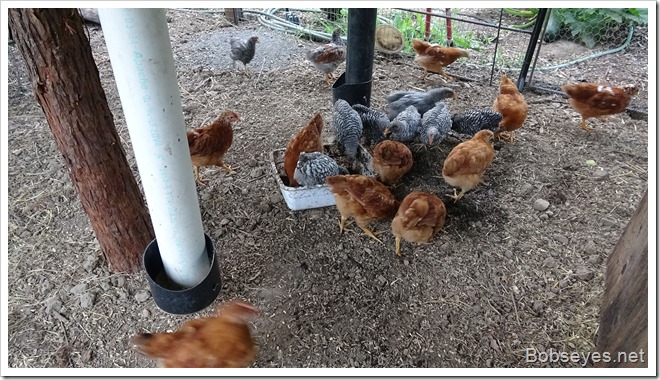 As it gets dark the new chicks cuddle up to stay warm as they like to be about 90 degrees F. There’s a warmer place over in the corner but they haven’t found that spot yet. 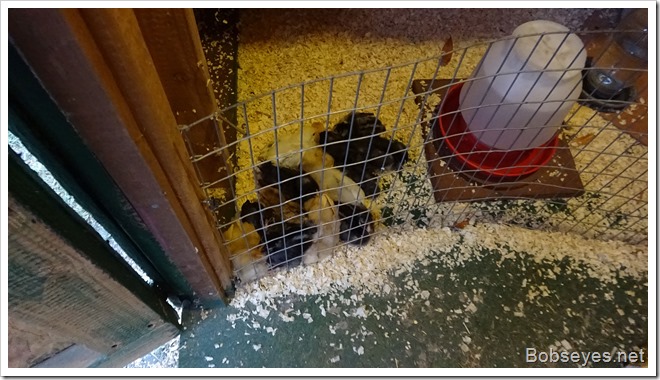 I spent the rest of the day puttering around the yard chair hopping and that was my day.