A Baffle For the Van and an Evening Dirt Bike Ride

I had been checking out this big hole in front of the van’s radiator where hot air from the engine compartment can get back in front of the radiator which likely isn’t good as I tend to have an over heating problem on hot days and long highway hill climbs.

So I need to make a baffle to block that big hole and a couple other ones to block air going around the sides of the radiator too. 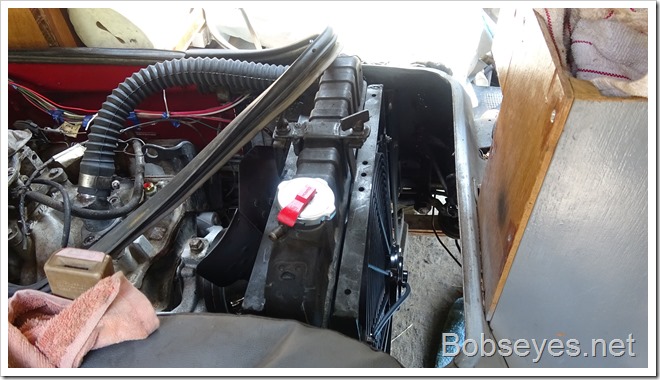 So I measured and drew up some plans and got this piece of sheet  metal out to cut some pieces from it. I laid out the parts to cut. 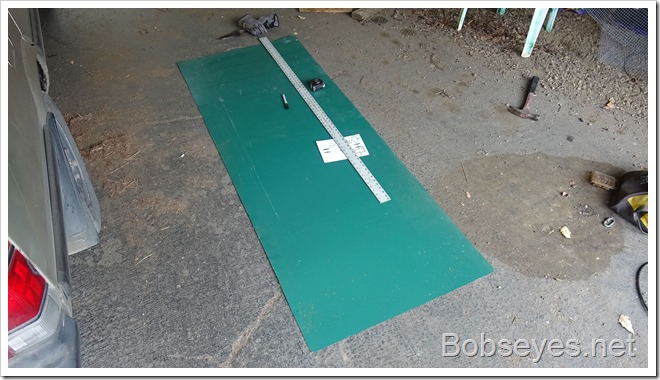 And cut the three parts out with  my tin snips. 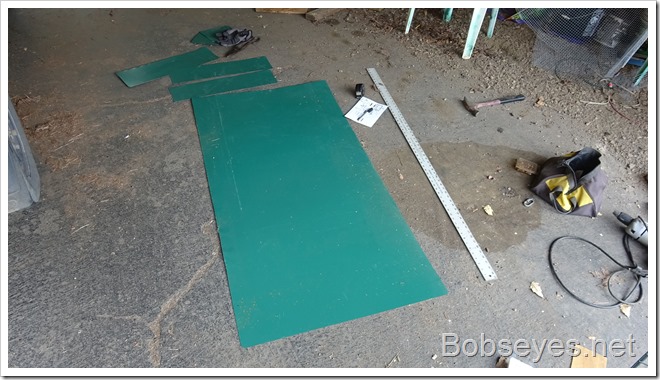 I bent over the sides about a half inch to  make it all stiffer using this bending method, it works. 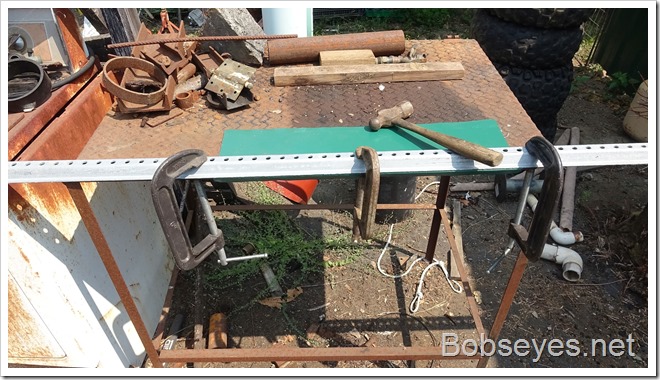 I tried the new baffle and it fit so it was time for some chair hopping and a good break. 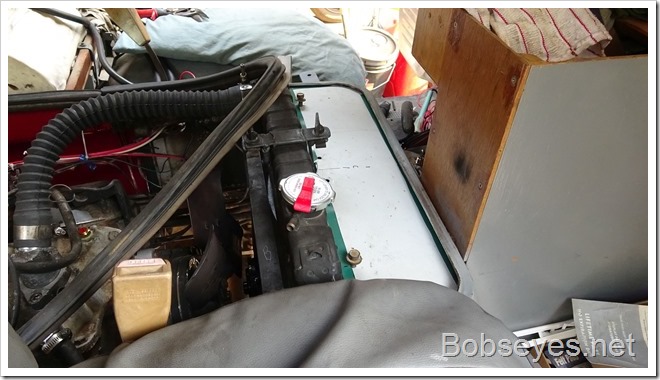 Instead I hopped on the dirt bike and went up into the hills for an evening ride.

Here I am at the Guerneville overlook. It’s a bit smoky out there. 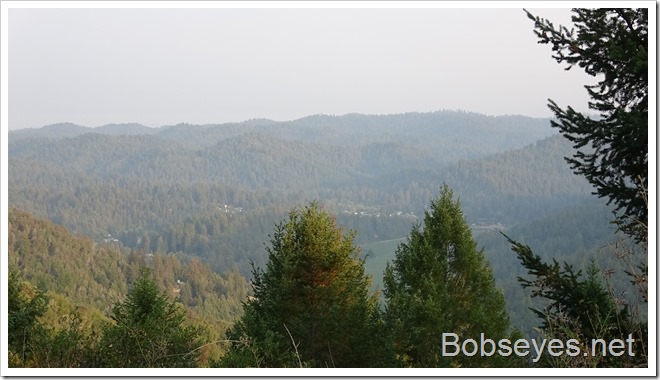 Then I rode up the ridge to this fire break and rode down it. 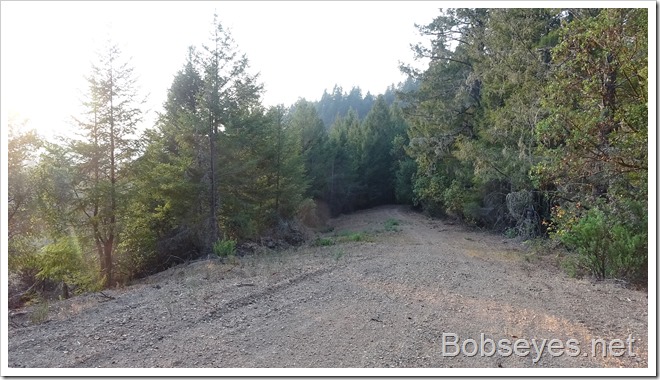 I stopped here to do some road work. There’s lots of rocks on the road here and it’s hard on the bike’s tires so I stopped to clear some of them off the road mostly kicking them with my feet. 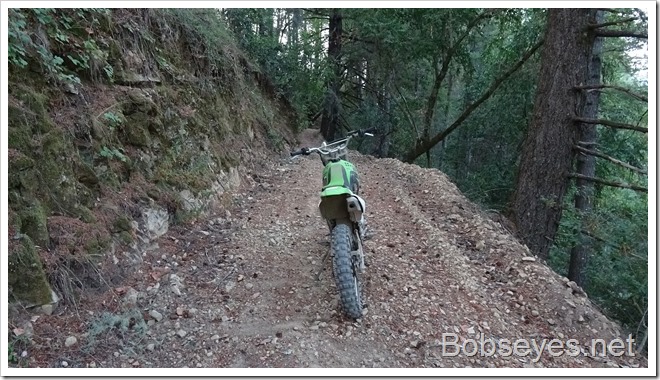 It’s better than it was so I left it at that and rode on. 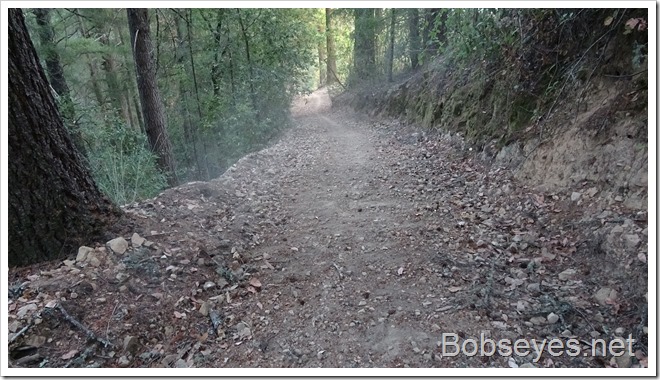 This is one of the wider roads so I moved right along. 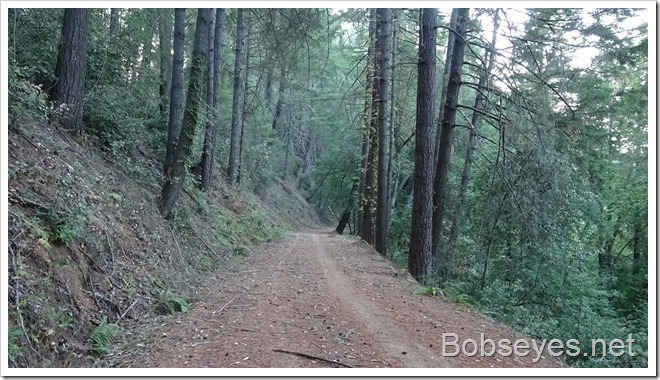 And went down this road. 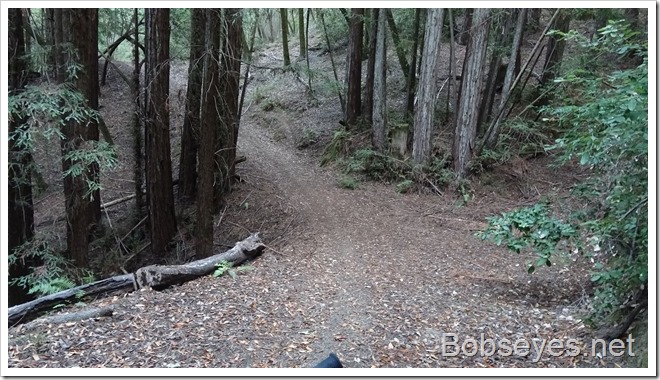 And across this fire break and turned left just up ahead and took another road. 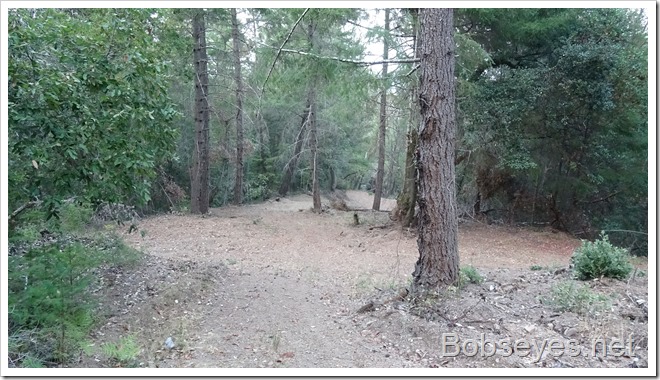 To the Talking Tree Trail which I rode down headed for home. 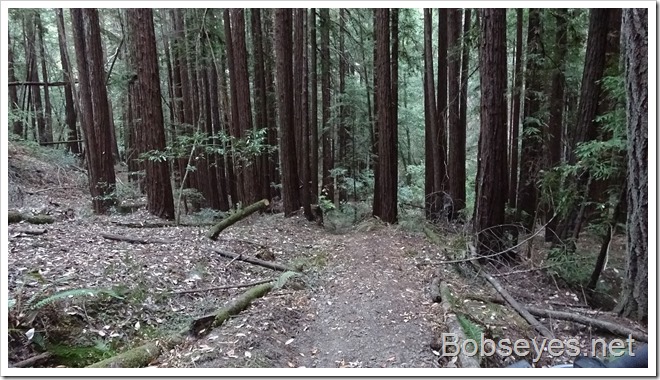 It was almost dark when I got home so I did some chair hopping for a bit until the day started to cool.