This morning when I went out to feed and water the chickens this hen that had been sitting on a nest of eggs was here instead of on her nest.

That meant she’d hatched out her chicks so I got  the chick feed tray out. The little guys are hiding under her and I’m wondering how many as there were 10 eggs she was sitting on. 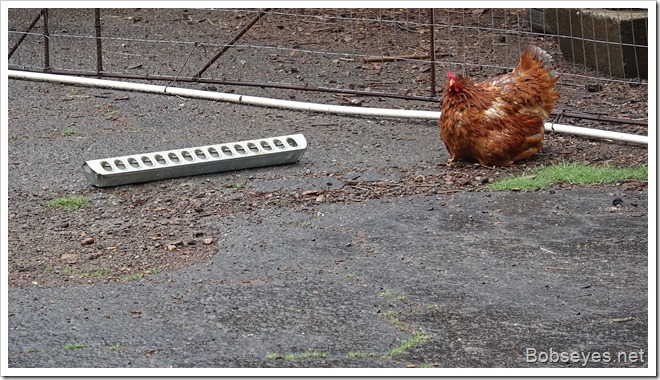 Some of the little guys came on out when I put  a little feed on the ground for them to eat. 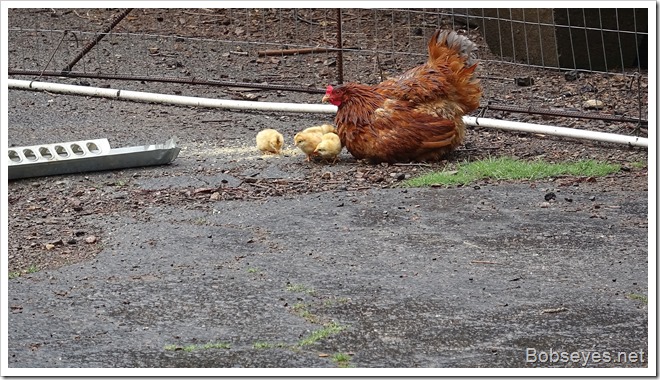 I finally counted 8 chicks so that’s how many eggs hatched out.

I went on over to check out her nest to see what was there. Yes, two eggs were still in the nest and did not hatch out. 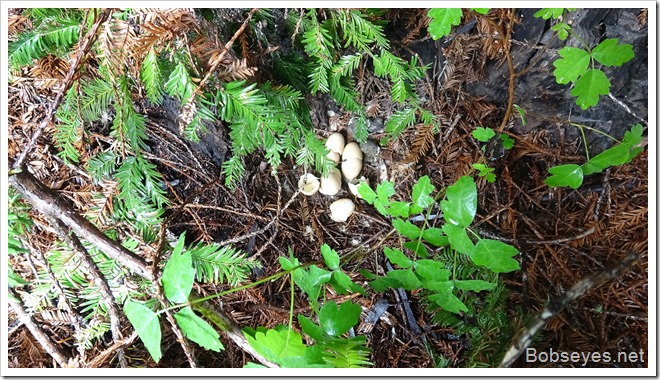 But for now mommy hen  likes sitting in the sun with her little ones. 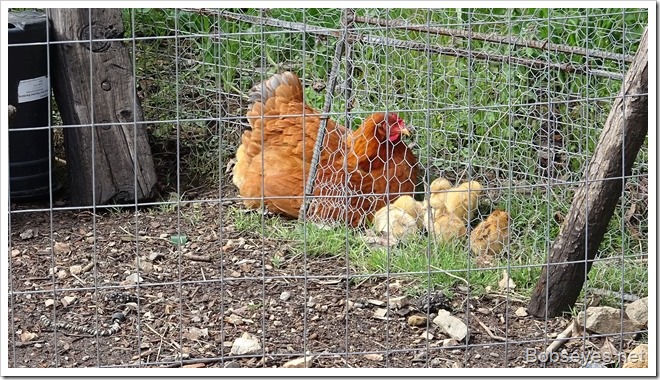 I forgot to tell ya it rained until just after noon when it mostly let up but started again in the evening.

I walked around the yard to see how things were doing. 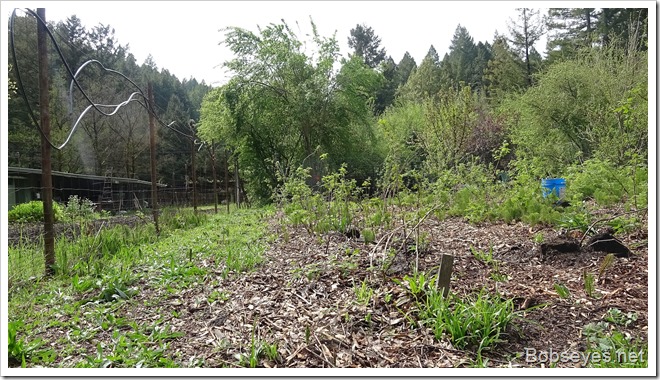 I took you a bug view of the horse tail grass growing in the raspberry patch. They look nice and green. 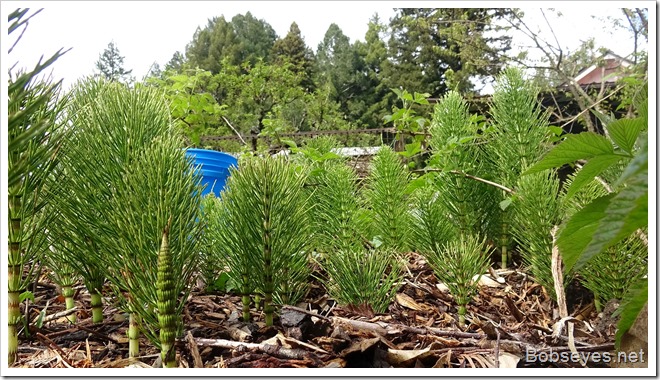 I looked at the creek to see if the rain water brought the level up any. But the rains haven’t been big storms, just showers so  the water level hadn’t changed but the creek looked nice. 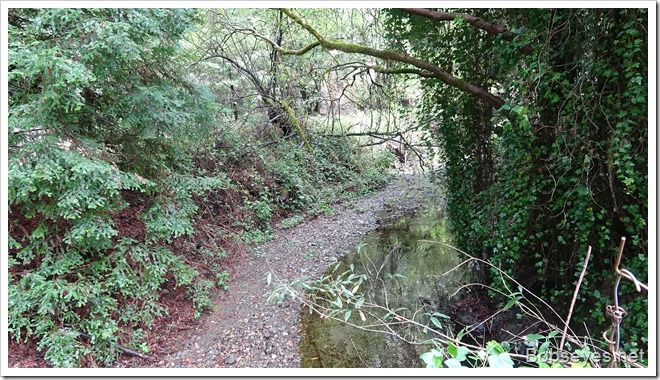 Later in the day I was checking on whether the chickens found their way into the new chick pen and they had , however this one chick was making a distress call as it was stuck in the fence. 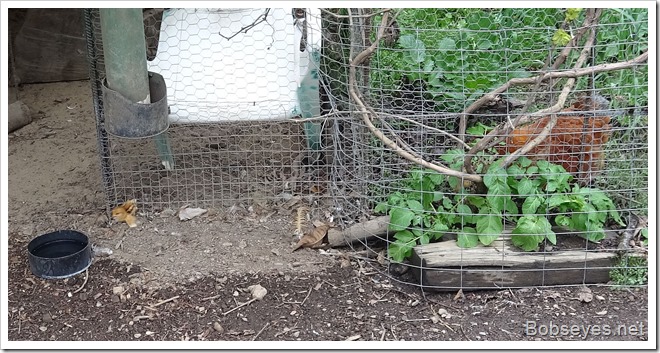 The wire is one inch but the chickens just came out of a small egg and are really very small at this time so they get into mischief  until they get a little larger. Not to worry, they can wiggle out eventually. 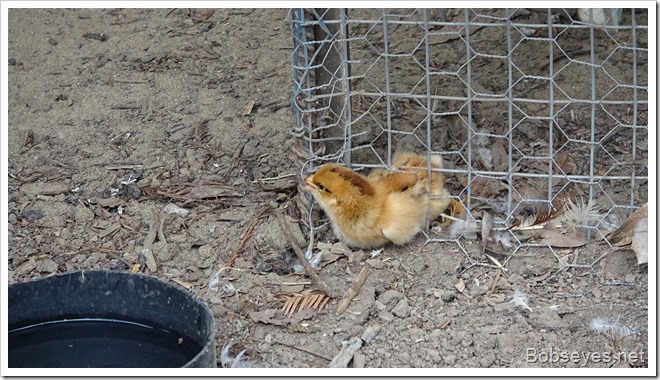 A bit of wiggling and it was soon free so I helped it into the pen with Momma hen. 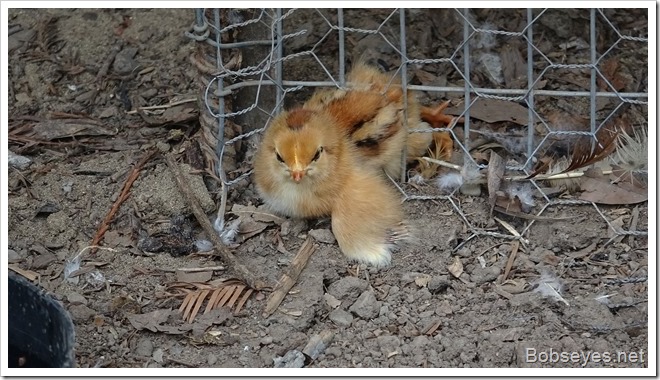 Now that darn hen wouldn’t go into the nesting box I prepared for her but instead stayed in the grow pen out in the rain. I didn’t want to distress her so I put the nesting box into the grow pen just before dark and she entered it and I put all the chicks in with her after catching them all as they scattered.

Towards evening I thought about working on the van’s radiator repair but it started to rain again so that didn’t get done.

Because of the rain not a lot got done today which was ok with me. I mostly played papa to the chicks keeping an eye on them to make sure they kept out of trouble.