4 Wheeling Adventure in the Kofa Arizona

I started the day by making this olive bread in the fry pan. Not bad, added to my eggs for something to eat. 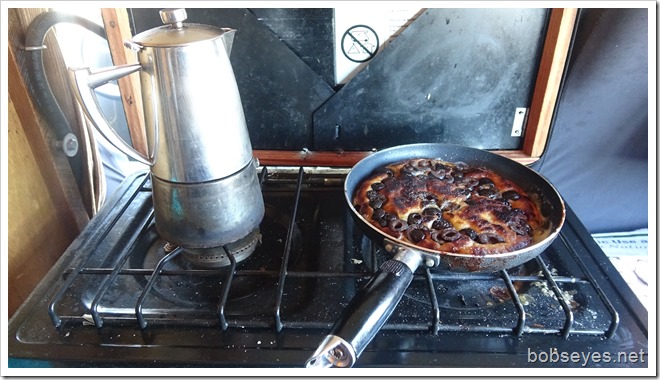 Today was to be an adventure day. I was going to do some exploring and some 4 wheeling around some roads in the Kofa. I was at Horse Tank and drove out to king valley road and made a right to intersection 76 where I turned right to the two sets of tanks out there at junction 56, then continued around the loop turning right at 53. 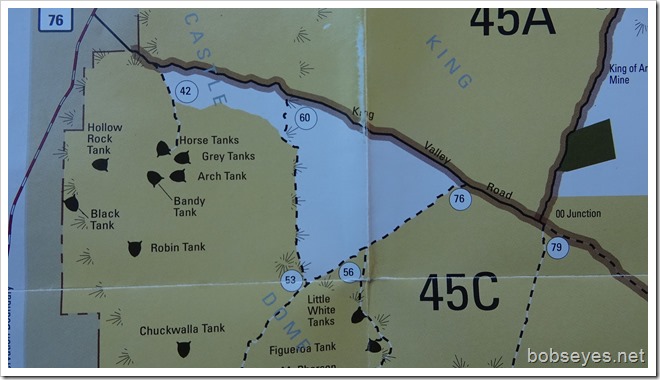 The travel was mostly 2 to ten miles and hour, closer to 2 most of the time so the going was slow which was ok with me.

I turned right at junction 76 and traveled this road through the desert for a good while. 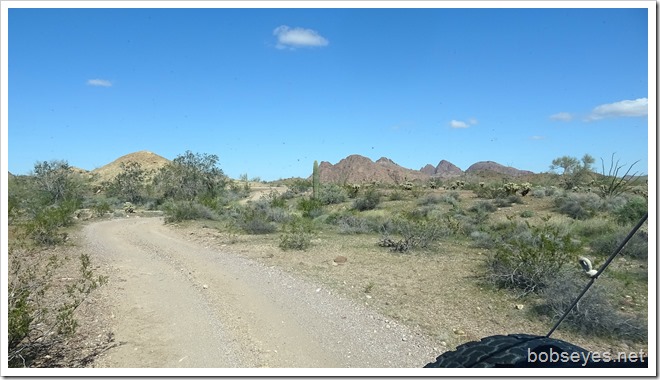 It got a bit rougher the further I went in on that road especially after I turned left at junction 56 to the tanks. 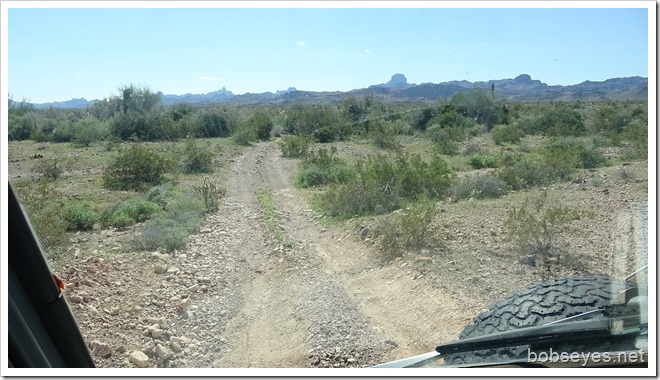 I stopped at the first tanks called Little White Tanks, parking here at the end of that road. 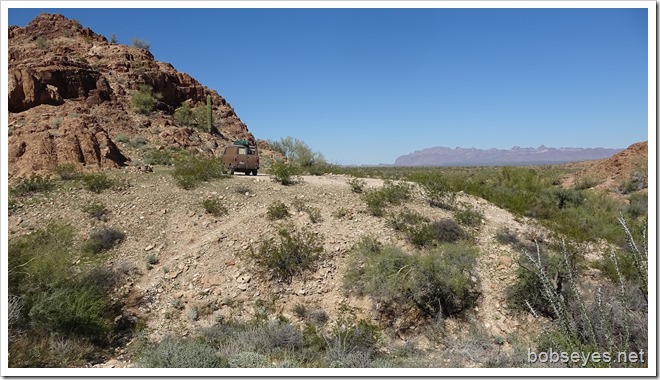 I walked the short distant to the tank which looked like this. Remember anything that holds water out here in the desert is called a tank. 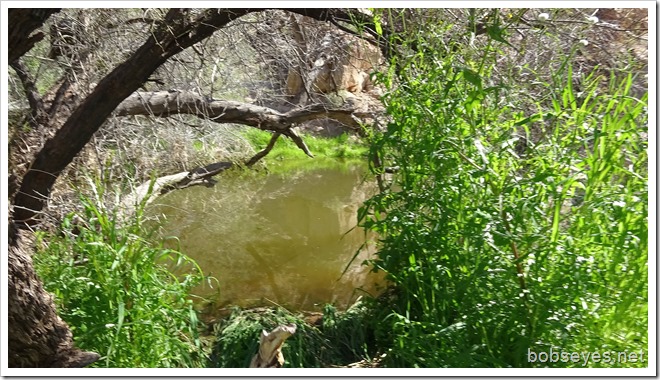 With the rains they’ve been having down here the creek from the tank was flowing a bit and nice and green. I walked back along it to my van. 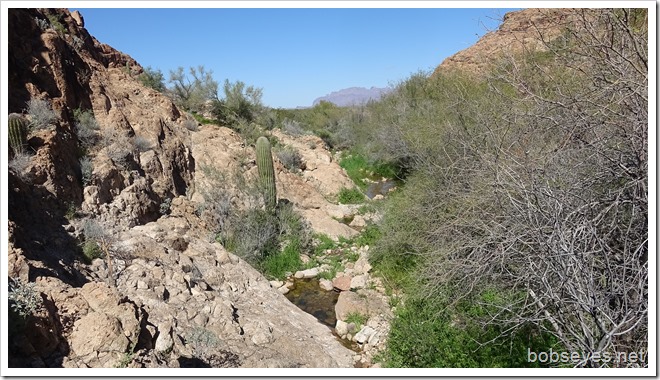 I left there and continued on down the road to the next tanks, called Figueroa Tanks on this road. 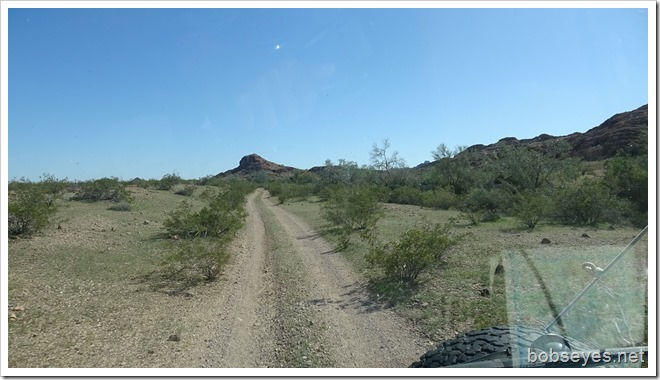 That tank was just up ahead at the end of this road. 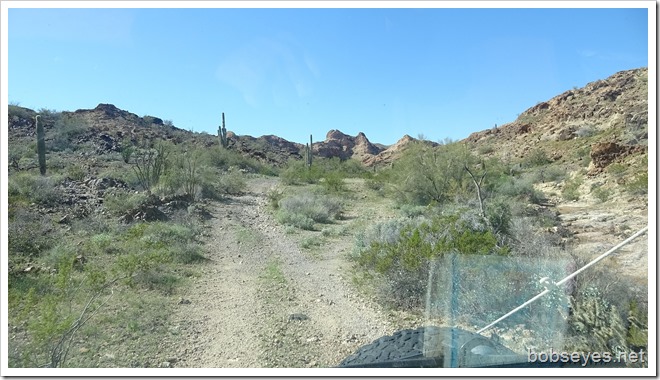 Again I got out and walked the short distance to the tank. This one has a roof on it to protect it from the hot summer slowing down the evaporation. Nice and green around there too. 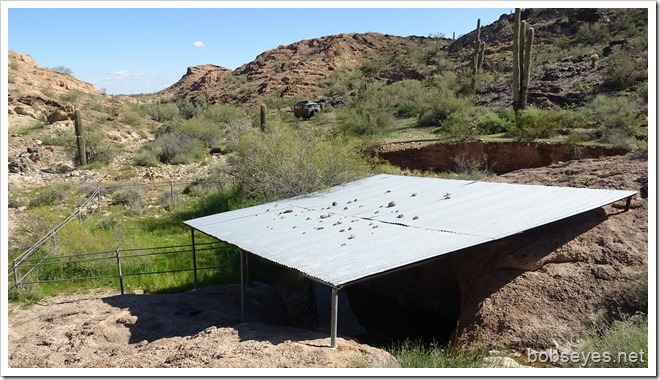 There were also a lot of interesting caves in the ground. 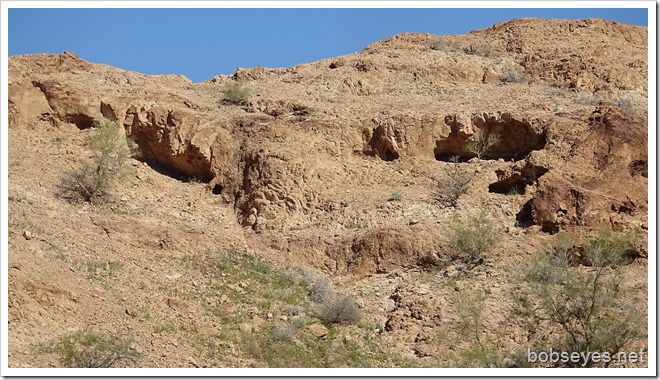 I left there and drove back down the road turning left at the junction, 56.

The road seemed to get a bit rougher but the van was up to it. 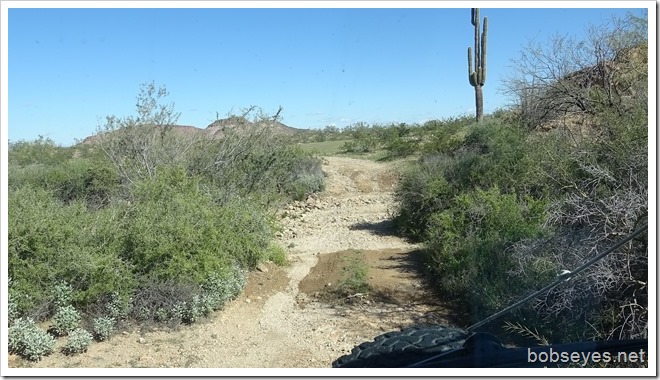 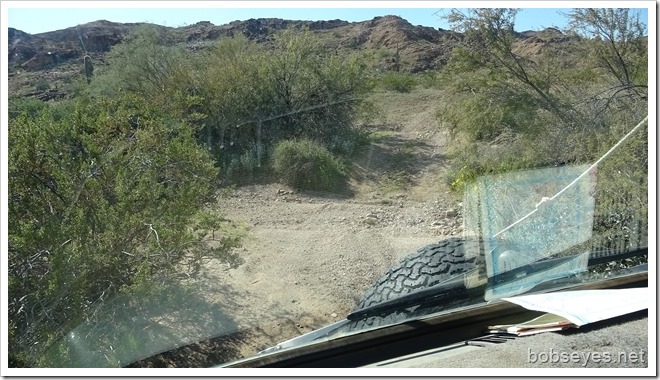 It was slow going so I stopped here for coffee and a snack. 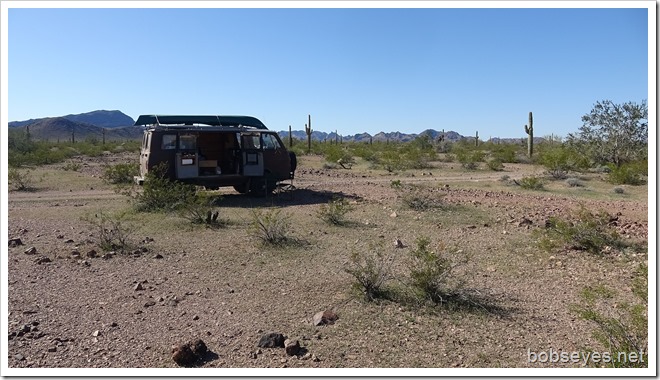 I cooked up a big cracker out of some of my yeast dough I’m building. I tried to  let it cool before eating it so it’d be hard like a cracker but that didn’t’ happen. It was good with the coffee. No snacks out of a box for me. 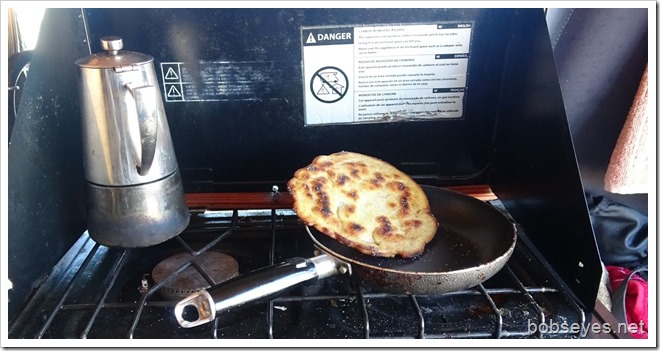 I was a bit tired out from the driving and hiking around so I decided to stay in that spot until five when I thought an evening ride would be good to the next camp spot.

I enjoyed half of my special apple brandy Dan made a long time ago up at Troy Oregon, sometime before 2000 I think. It had a bite and was good. 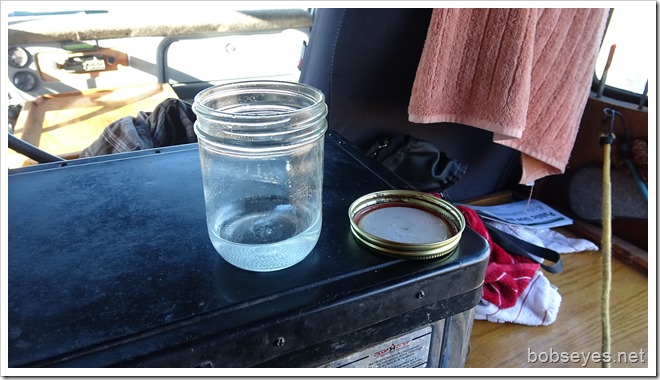 At five I continued driving right into the setting sun until I got to the 53 intersection and turned right here. You can see by my shadow the sun is low in the sky. 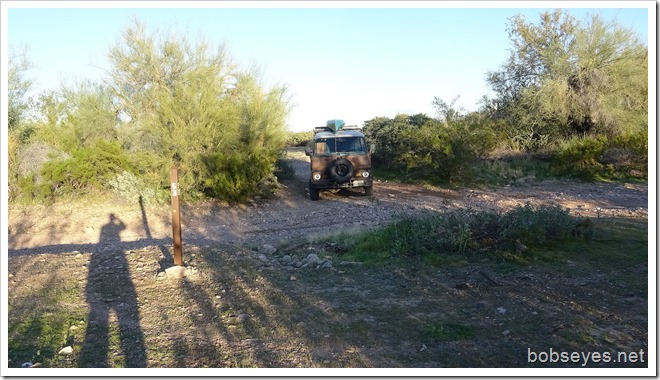 I still had a ways to go up this hill. 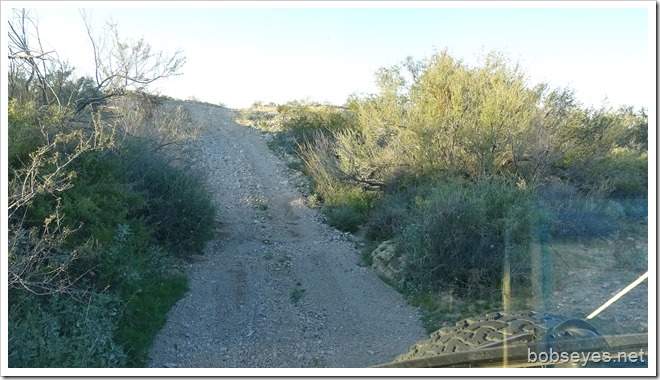 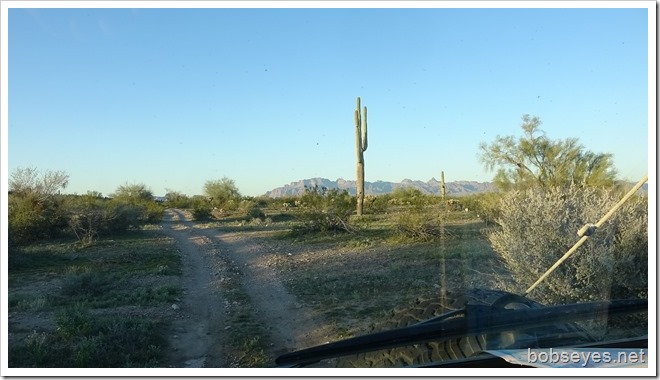 Going through here the roughest part of the road. 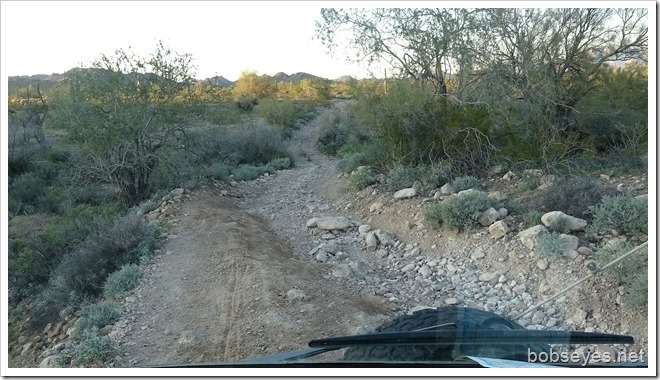 And just before dark I pulled into this spot, plum tired out from all the exploring I did today. 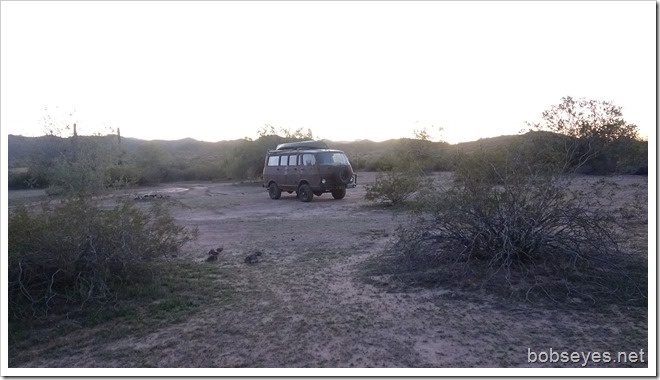 I cooked some stuff up and pretty much hit the hay early as I’d had a long day having fun and enjoying the desert travel.

Tomorrow I plan to head back to Quartzsite and rest up.

We are planning a jeep ride with  Marty’s jeep friends on Wednesday if it all works out. In the mean time I’m resting up for the next adventure.

2 Responses to 4 Wheeling Adventure in the Kofa Arizona