No Work Today, Gone Paddling On the River

I needed to give my body a break from all the work in the forest. I was off to Monte Rio for a paddle in my kayak. It’s steelhead fishing season so I thought I’d see what the fishermen were doing.

I parked at the boat ramp and put my boat in the water. I was surprised to see the river was still a bit muddy after seeing it muddy about a week ago when I was down  here. You can see behind the car, the water is starting to clear. Fishermen like to mostly fish when the water is clear. 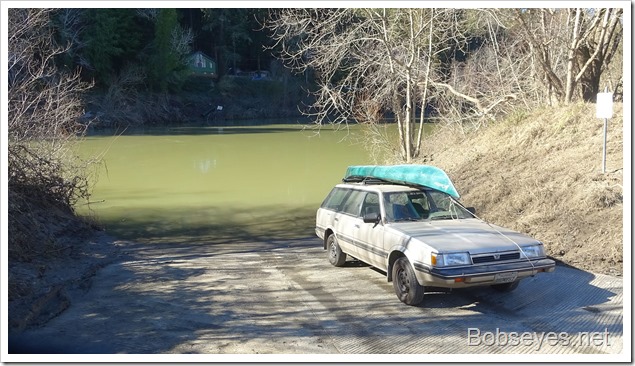 I got the boat in the water and the car parked and headed down stream to a real nice day. I could see a boat in the Slot, just down river from me so at least there is one fishermen out fishing. 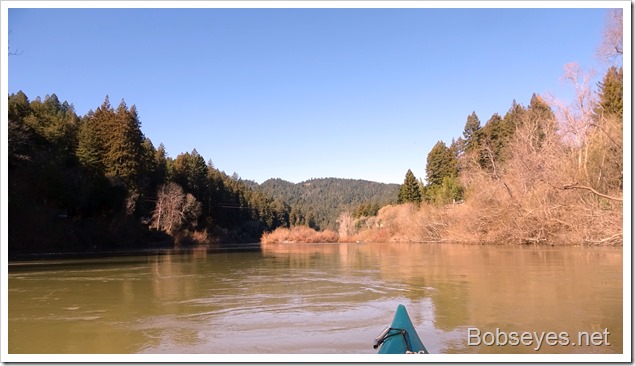 I stopped to shoot the bull a bit with Joe and his dogs before drifting on down past him. Joe said he had no  bites but he saw some seals earlier so seals means there are big spawning fish in  the river. 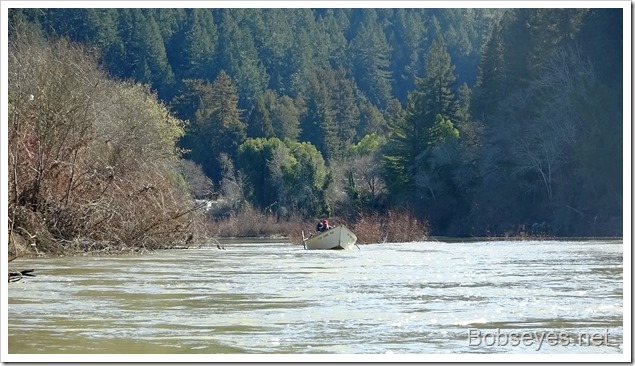 There was enough current to just drift down the river. I’m headed down river about a  mile, as far as you can see. 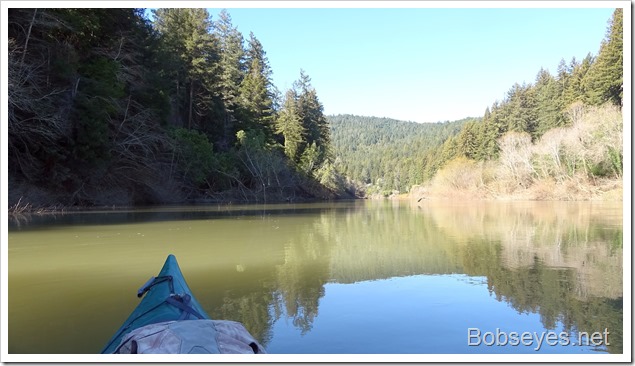 Up ahead is called Villa Grande where I will stop and sit and watch for a bit before starting my paddle back up the river. 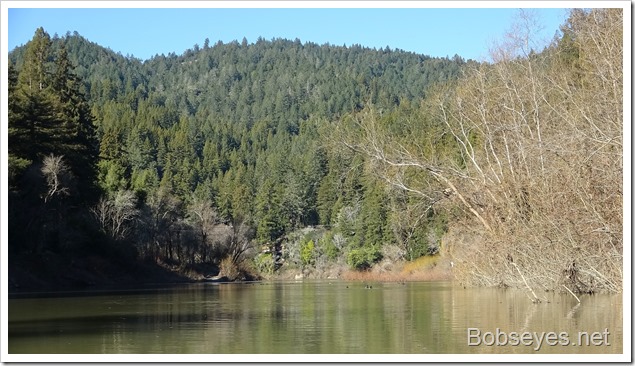 These friendly ducks joined me for a bit as I went on by. 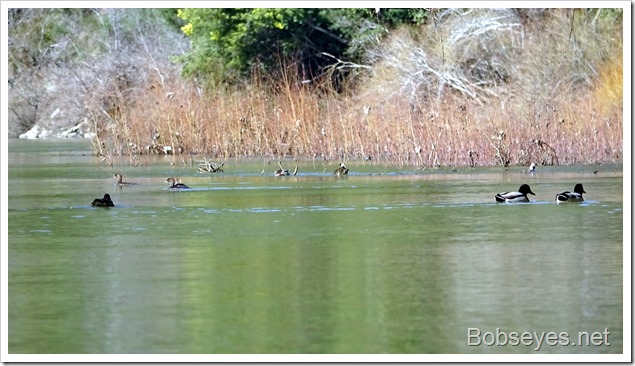 And this great blue heron was fishing along the shoreline. 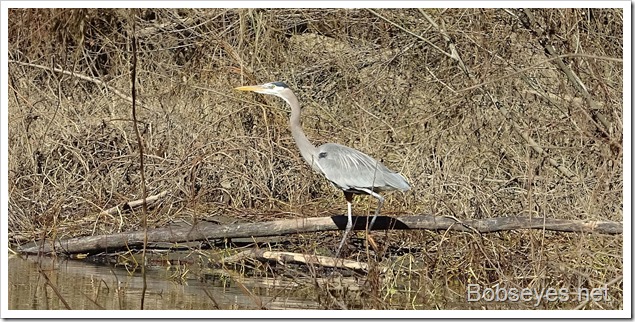 I stopped here and sat for a bit with these ducks. 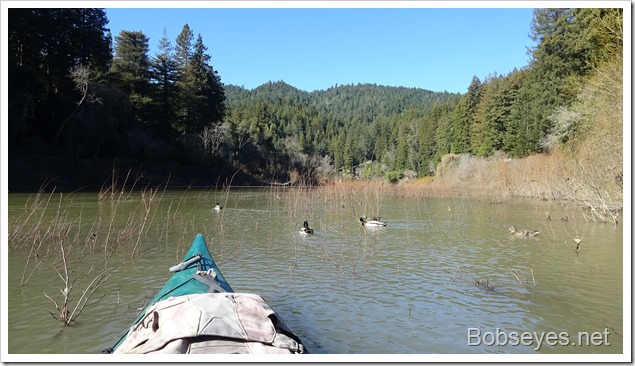 And eventually made it down to Villa Grande where I sat and watched. Another fishing boat came by headed up the river with their motor. 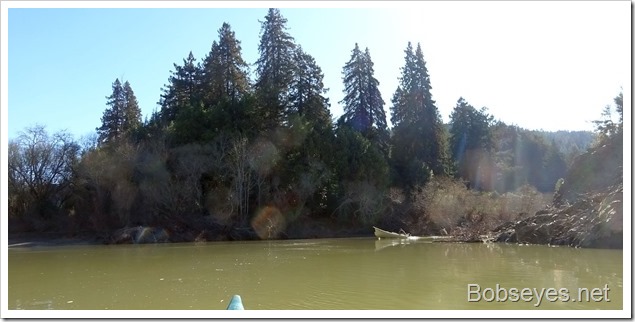 After a good while I started my paddle back up the river against the current.

This guy is catching fish

I spotted some movement across the river and spotted this King Fisher. They usually move just as you try to get their picture, but today, this bird stayed long enough for a picture. It was catching small fish along the shoreline. 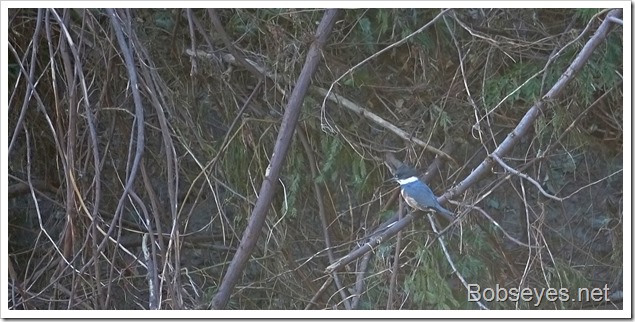 I passed these two guys drifting down river and I got a, hi Bob from them. We were in the current so we couldn’t stop for a chat. 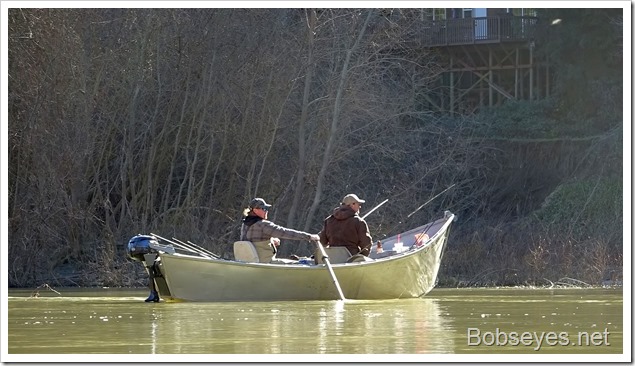 I made it back up to where I saw the first boat, Joe and his dogs and chatted for a bit. One of his dogs is intent on something  there. It’s watching the fishing line bob in the water. 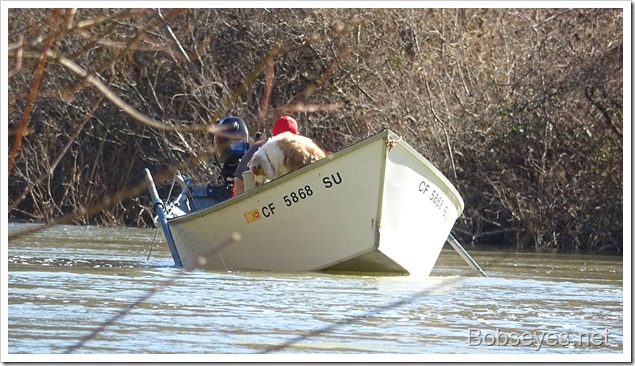 Just above Joe, the current gets strong so I stopped for a break here before pushing up through the current as I had to work a bit. 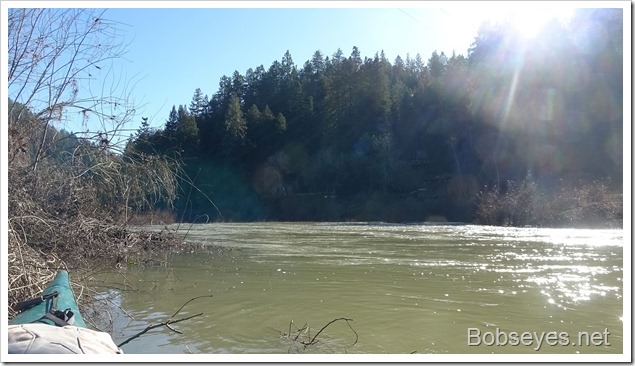 As I was working to get through the stronger current Joe passed me using his motor and beat me to the boat ramp so I sat in the boat while he got loaded up and then I got my boat  loaded on my car. 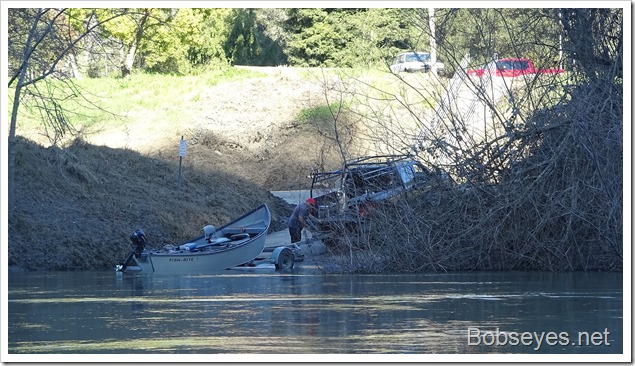 Forest Work and An Oil Change For My Car

First thing, I rode on up to the trail I was working on in the forest. Realizing on the way up, I”d forgotten my camera.

I was working away, when it started to rain lightly. My weather guy didn’t say anything about that and I hoped it was just a light shower, which it mostly was.

I worked a good long day on the trail, quitting at 4:30 PM when I rode on home for the day and a nap.

I hadn’t planned on it and was gong to do it another day. But I got started on changing the oil in my car. I figured I had just about enough time to do it, before it got dark out. 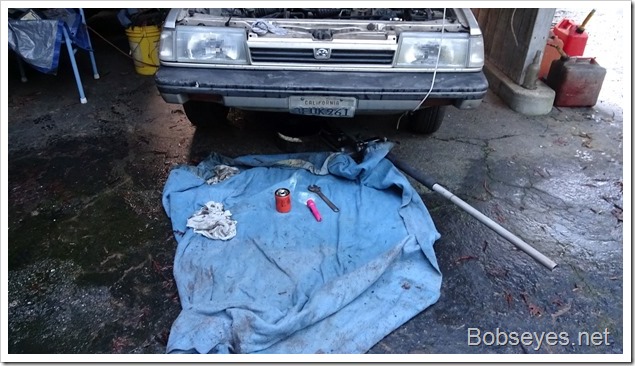 It was starting to get dark about the time I added new oil to the car’s engine. Good to get that done. 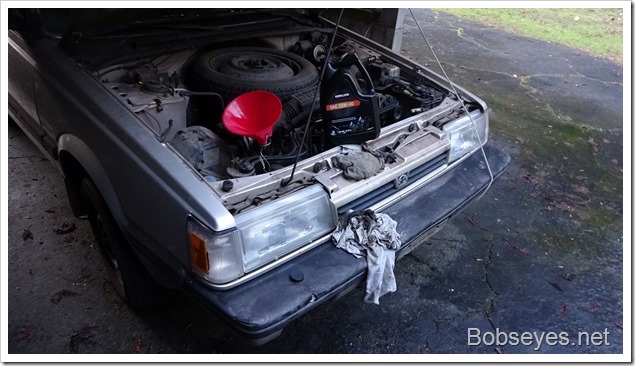